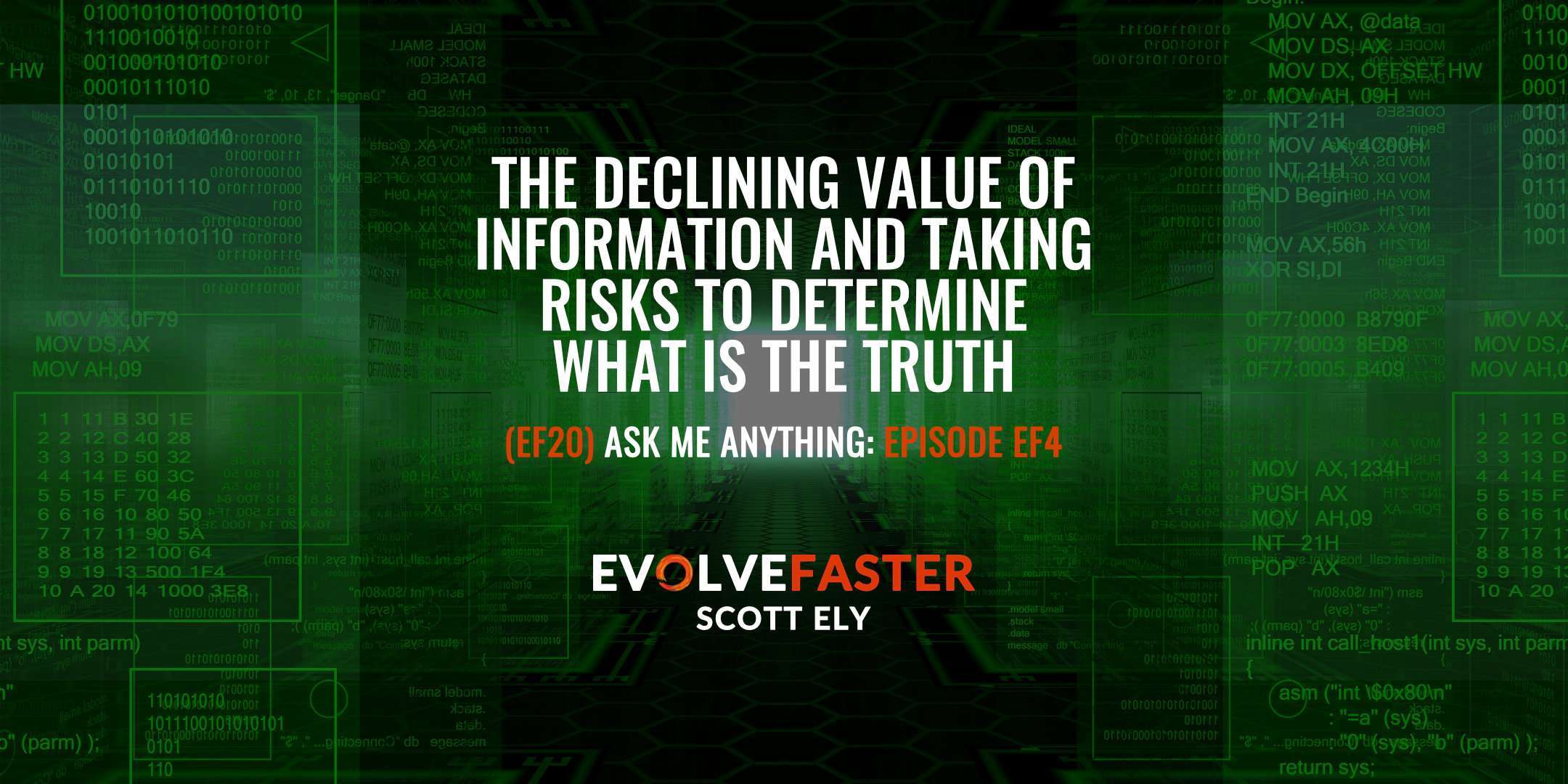 (EF20) AMA-EF4: The Declining Value of Information and Taking Risks to Determine What is the Truth — Ask Me Anything of Episode EF4

PLAY | DOWNLOAD In this episode, we'll discover what do the theories of rationalism, empiricism and skepticism have to say about the way we gain new knowledge. Why do rationalism and empiricism seem to collide on how humans function? Would it work to instead just be a skeptic every time you face a new obstacle? More...

Spoiler alert: You’re about to listen to a Ask Me Anything (AMA) of Episode EF4, which was Season 1, Episode 2 of the Evolve Faster Podcast titled The Decapitation of Reason: A Skeptic’s Guide.  The driving question of this episode (and this AMA) for you to think through is … How can you know anything? It’s a fascinating question that actually has surprisingly little research or philosophical investigation.

The second episode of the first season of the Evolve Faster Podcast Episode is driven by the big question How can we know anything. Knowing if you know something is one of those hard-to-open jars that, at first, don’t provide much more than an uncomfortable smell. But the more you try it out, the more you create an acquired taste for this awkward concept.