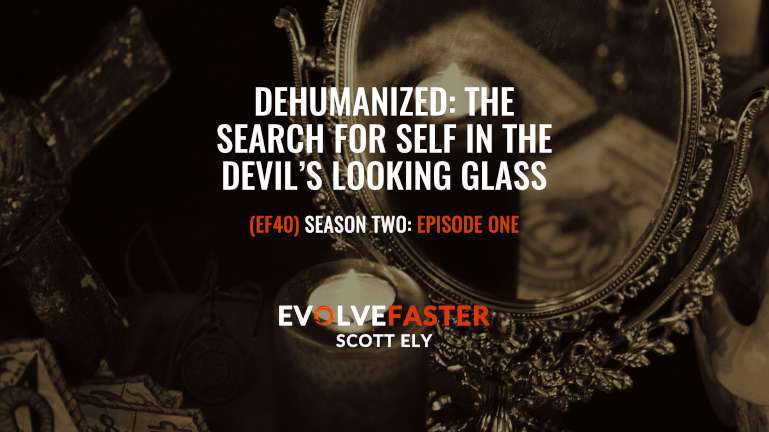 Looking to play or download the episode? Click here… EF40 (S2-E1): Dehumanized: The Search for Self in the Devil’s Looking Glass

DEDICATION: Episode EF40 is dedicated to Greta Thunberg, a Swedish climate change activist who, at the age of only 16, rattled the collective cage of the previous generations more powerfully than any adult could.

She was only 15 at the time of her initial protests in front of the Swedish parliament in 2018. Thunberg also did a TEDx talk in late 2018 where she shared her concern and disappointment of how little humanity is doing about one of civilization’s biggest existential threats. Then, in 2019 she inspired two global climate change rallies joined by millions around the world.

Thunberg is both attacked and lauded from all sides; praised for her boldness and clear vision, but also criticized for her naivete. Close inspection of her opposition reveals the irritation of the powerful to be their unfamiliarity with anyone actually paying attention enough to thoroughly take them to task for gross mismanagement of a critical issue like climate change. Regardless of whether or not you agree with what young firebrand has to say, she has ruffled enough feathers to inspire deeper, broader conversations on this politically divisive topic which has thankfully engaged the next generation; the unlucky ones who will inherit this mess. Thunberg has taken a beating but appears undeterred; no bold social change comes without a cost.

Sam, a 16-year-old from the South, organizes a school walkout to protest the technological trends leading society towards an AI-run government-owned by corporate tech royalty. Will this lead to a near future of radical inequality between the transhuman haves and have-nots? Facing backlash from the previous generation which refuses to look itself the mirror to see the truth, Sam learns that social conformity hasn’t changed since at least the 14th-century witch hunts. Instead of getting burned on a stake, will Sam get devoured by cultural pressures where everyone is expected to wear their given mask and mimic one another in the social mirror?

To understand if humanity needs society and culture, we must first understand your ties to society as an individual. Using Edmund Burke’s theory of Social Contract, and what sociologist Émile Durkheim sees as the difference between laws and norms, we will hope to dissect the core of what it means to live in society. More importantly, what are your possibilities, if any, for rewriting the terms of the contract you’re given at birth? 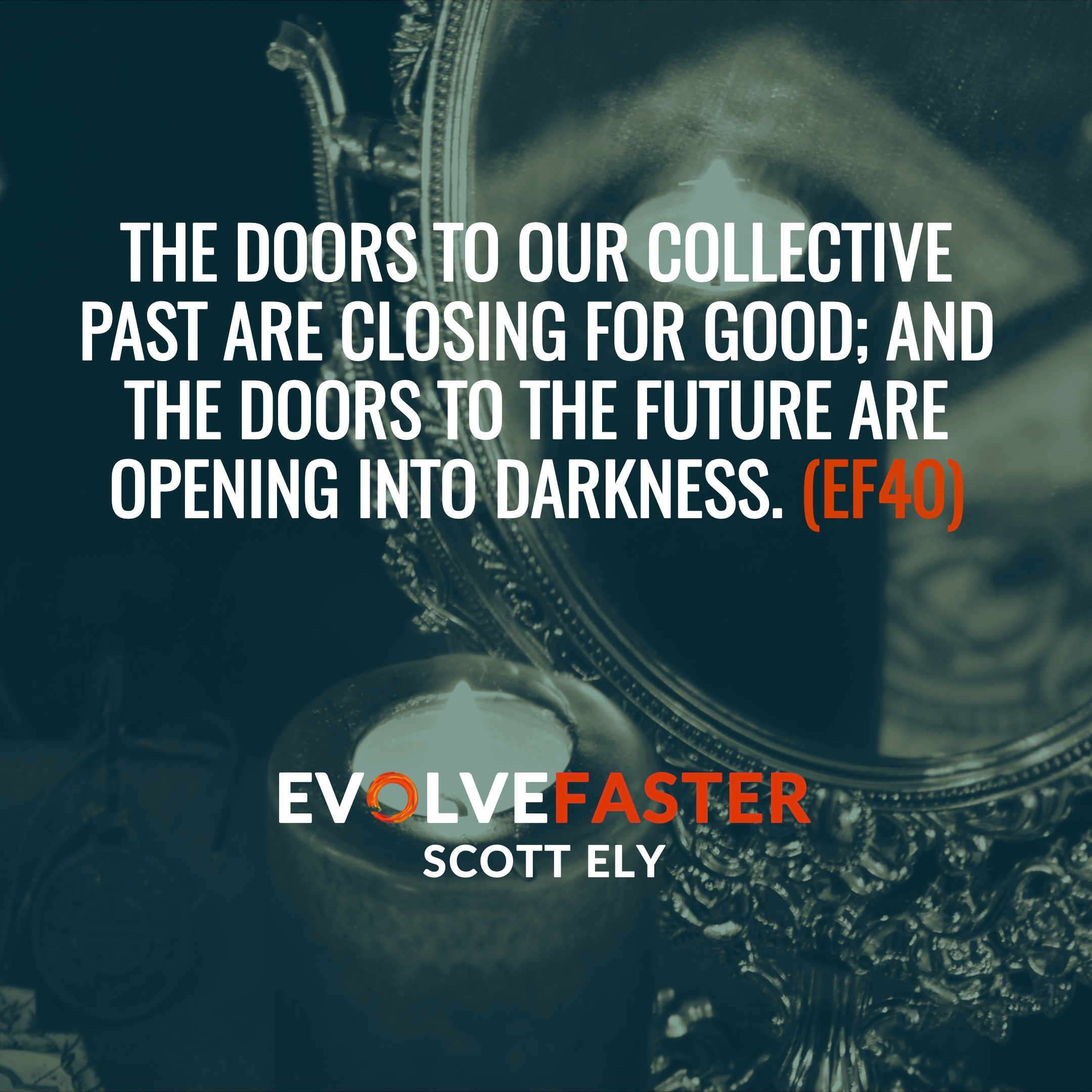 The doors to our collective past are closing for good, and the doors to the future are opening into darkness. 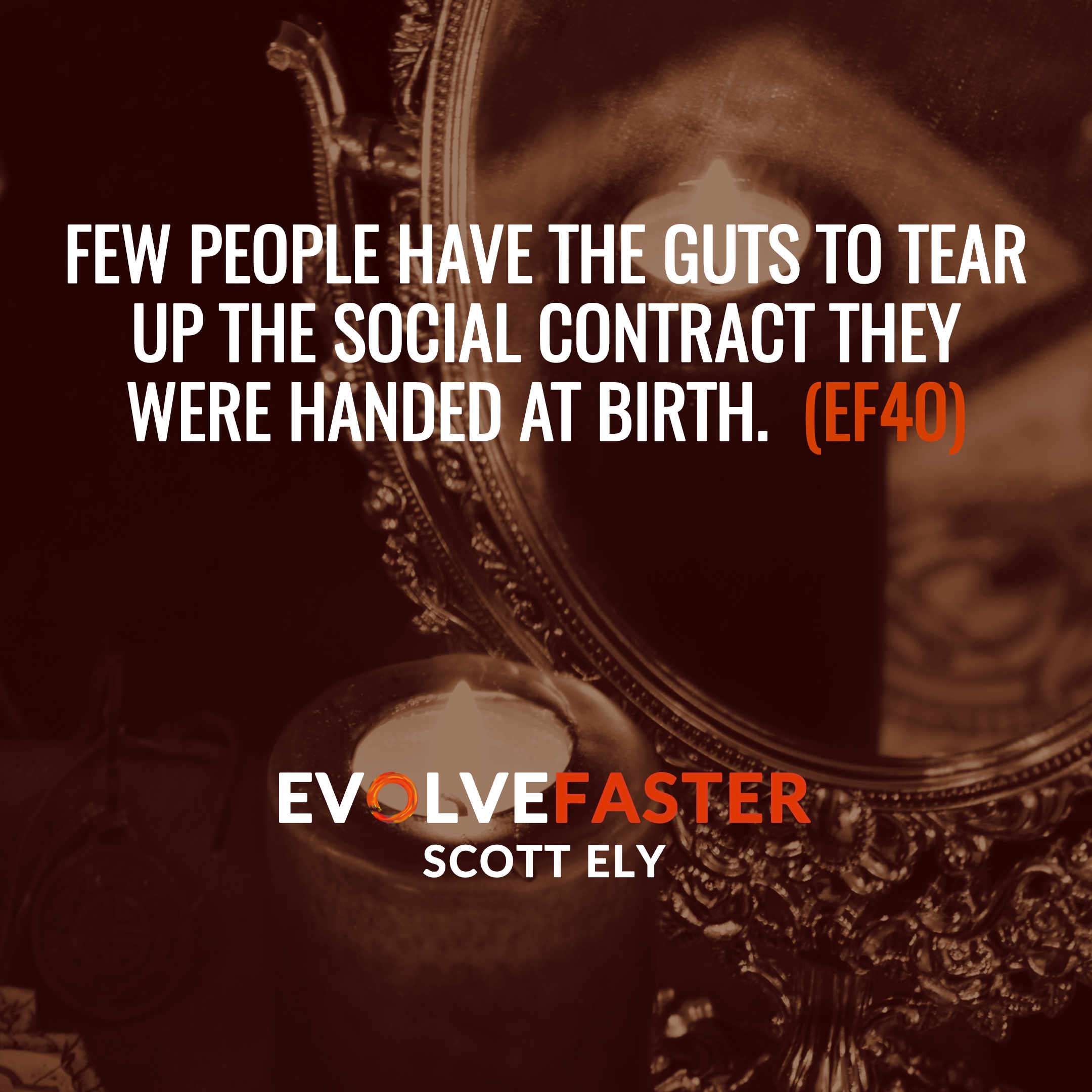 Few people have the guts to tear up the social contract they were handed at birth. 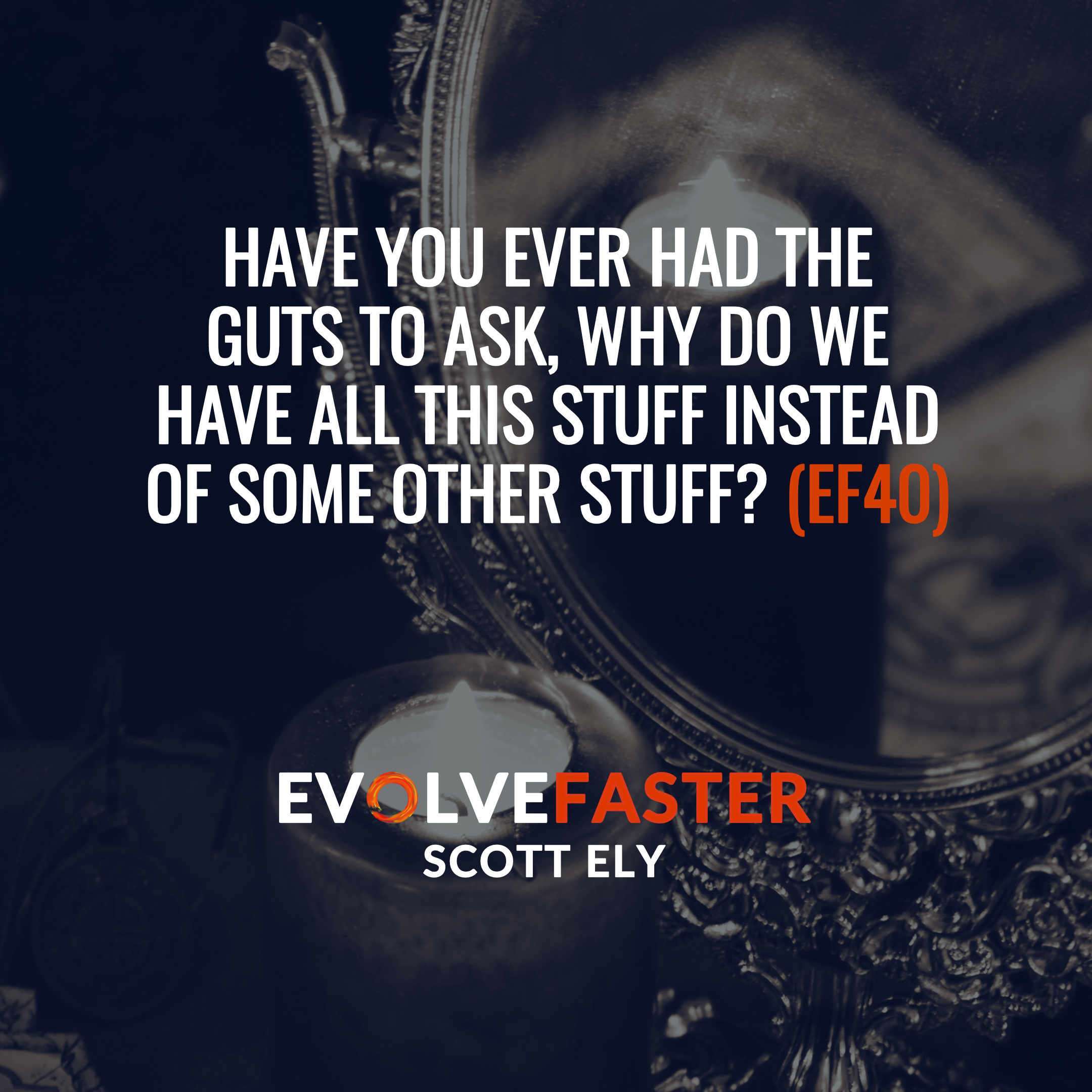 Have you ever had the guts to ask, why do we have all this stuff instead of some other stuff? 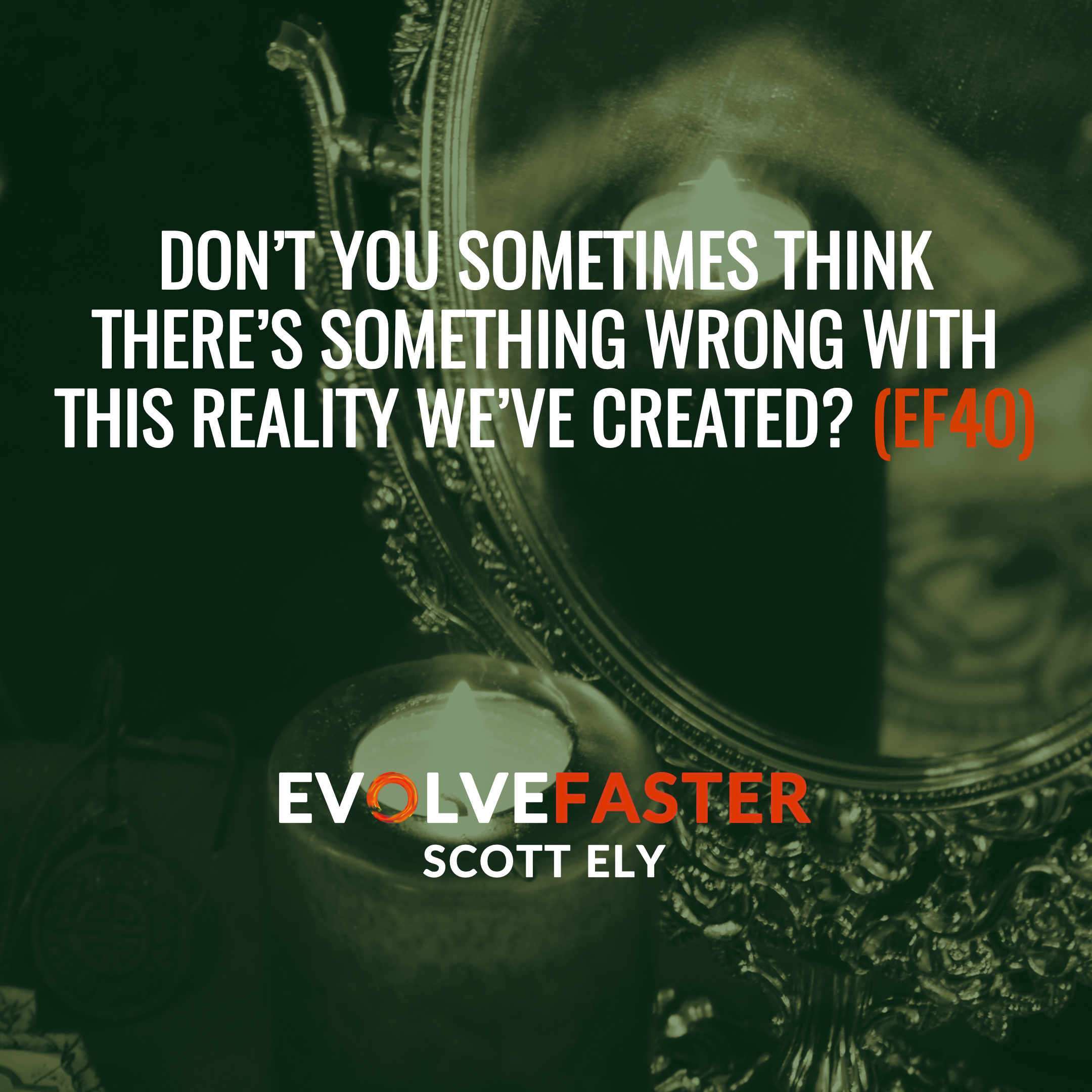 Don’t you sometimes think there’s something wrong with this reality we’ve created? 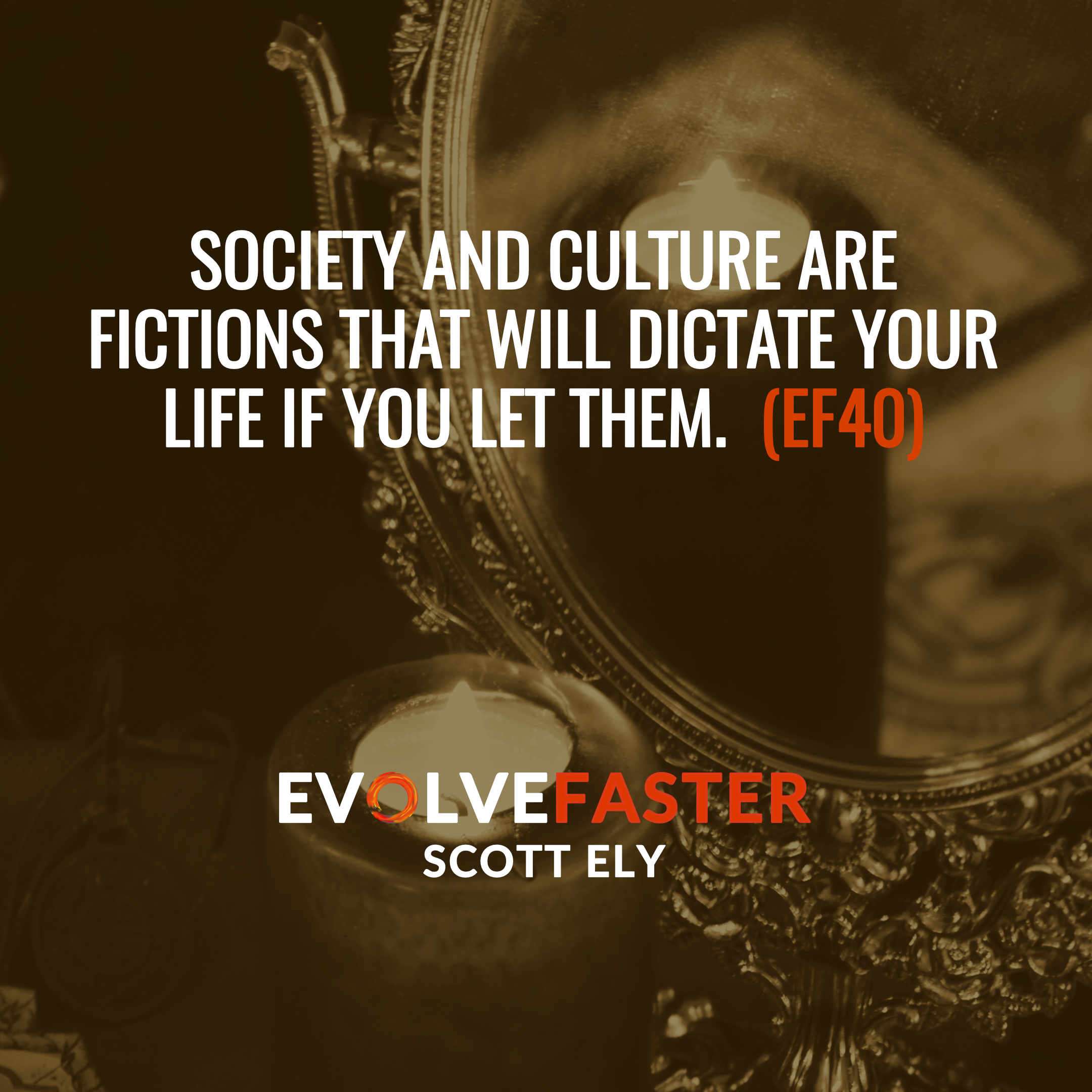 Society and culture are fictions that will dictate your life if you let them. 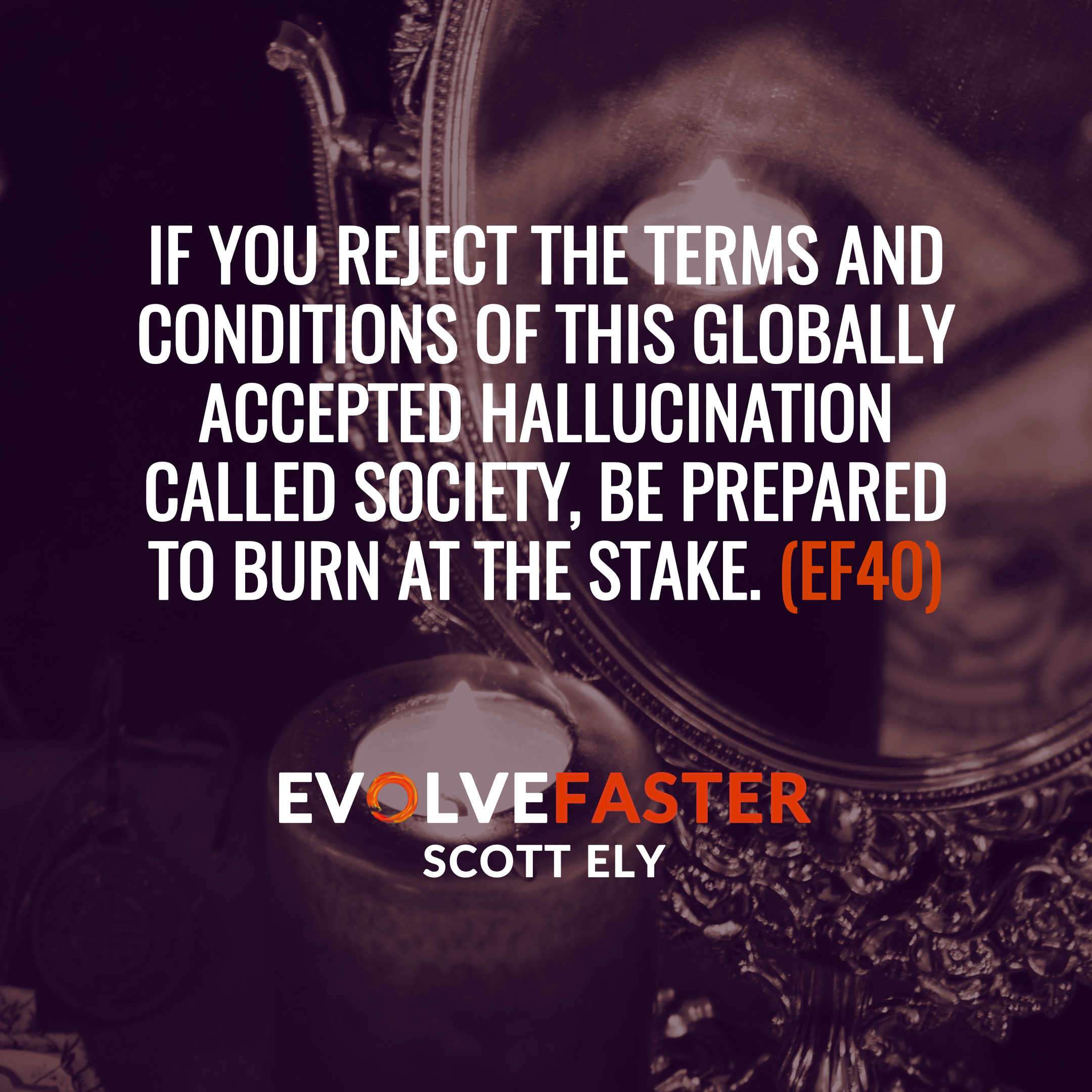 If you reject the terms and conditions of this globally accepted hallucination called society, be prepared to burn at the stake. 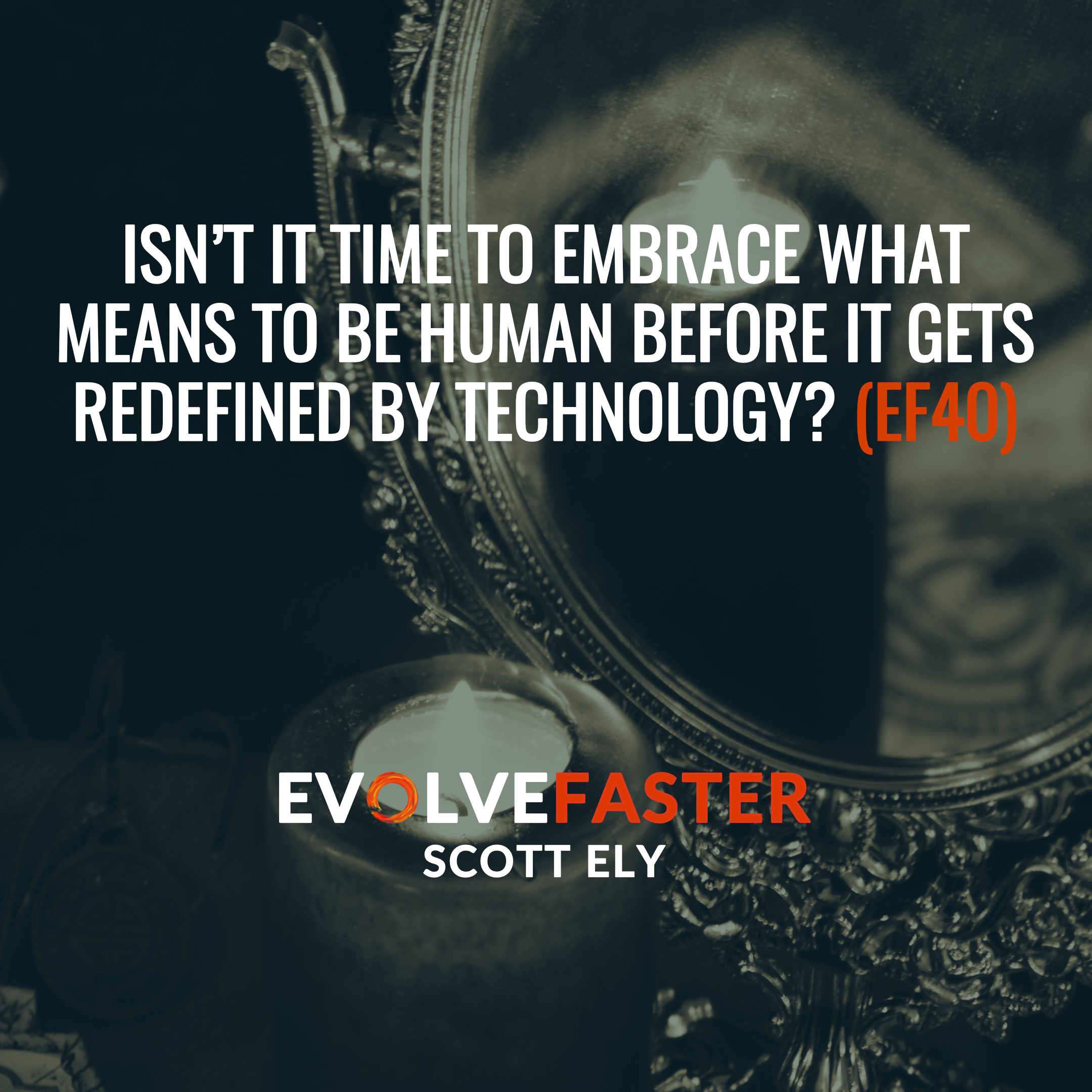 Isn’t it time to embrace what means to be human before it gets redefined by technology? 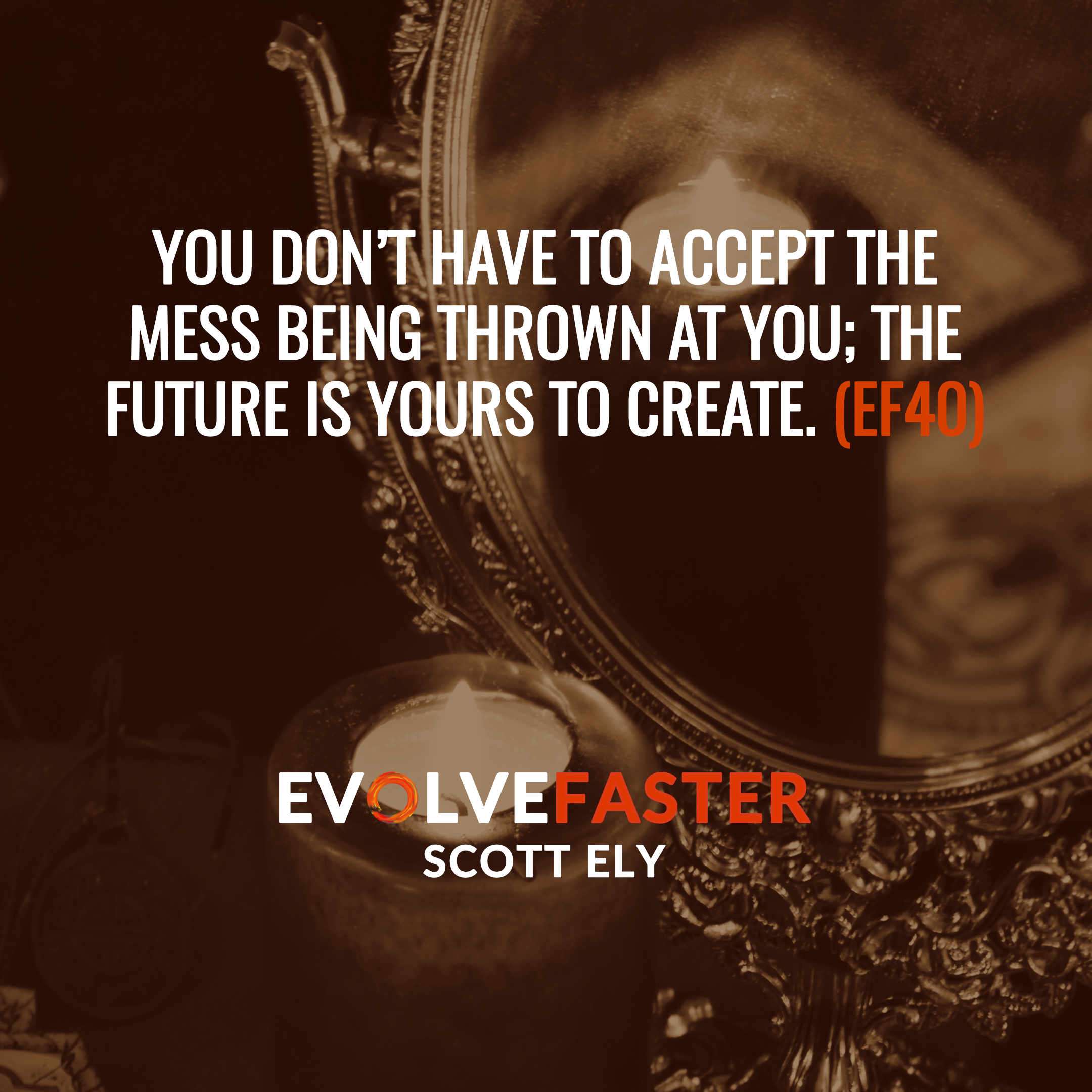 You don’t have to accept the mess being thrown at you; the future is yours to create. 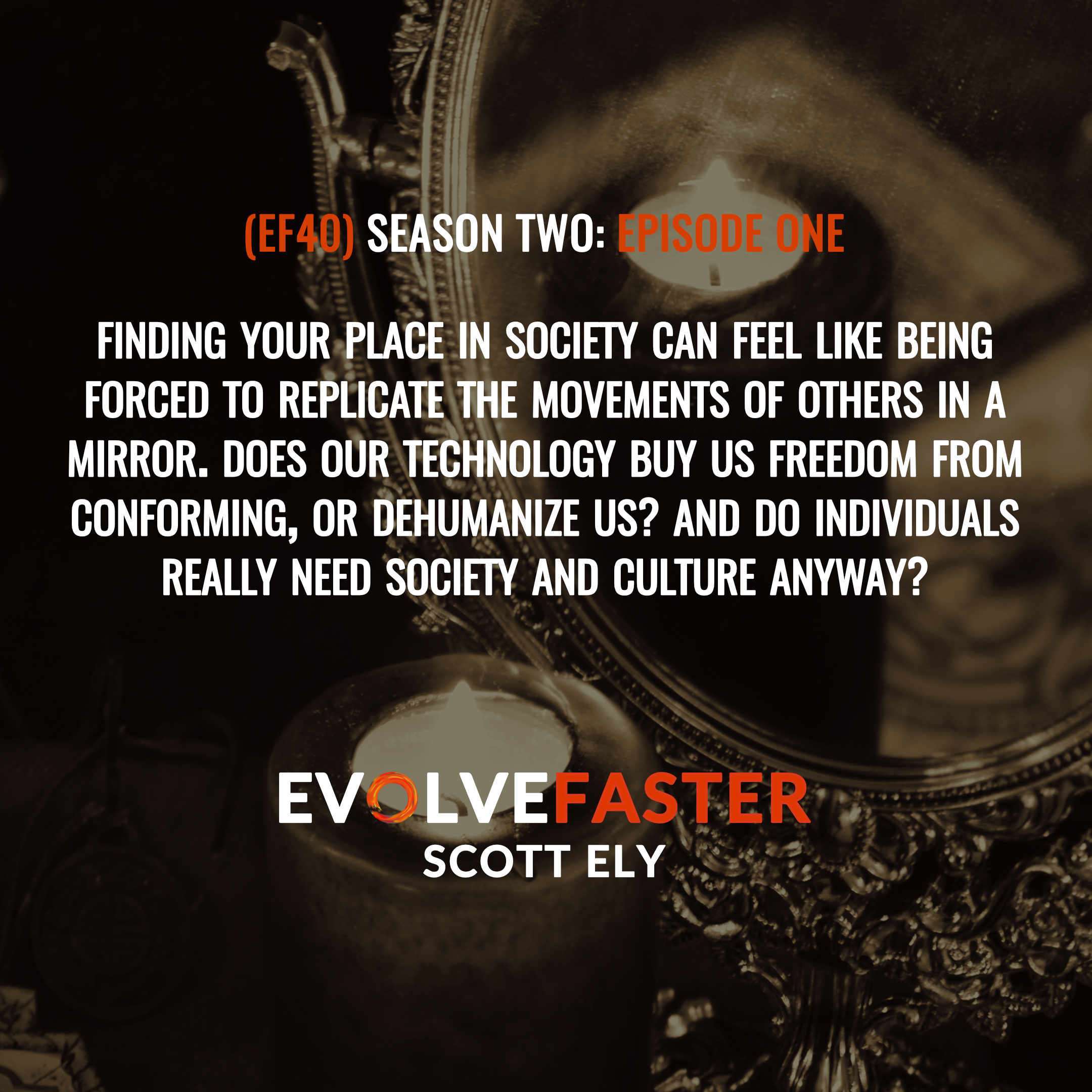 Finding your place in society can feel like being forced to replicate the movements of others in a mirror. Does our technology buy us freedom from conforming, or dehumanize us? And do individuals really need society and culture anyway? 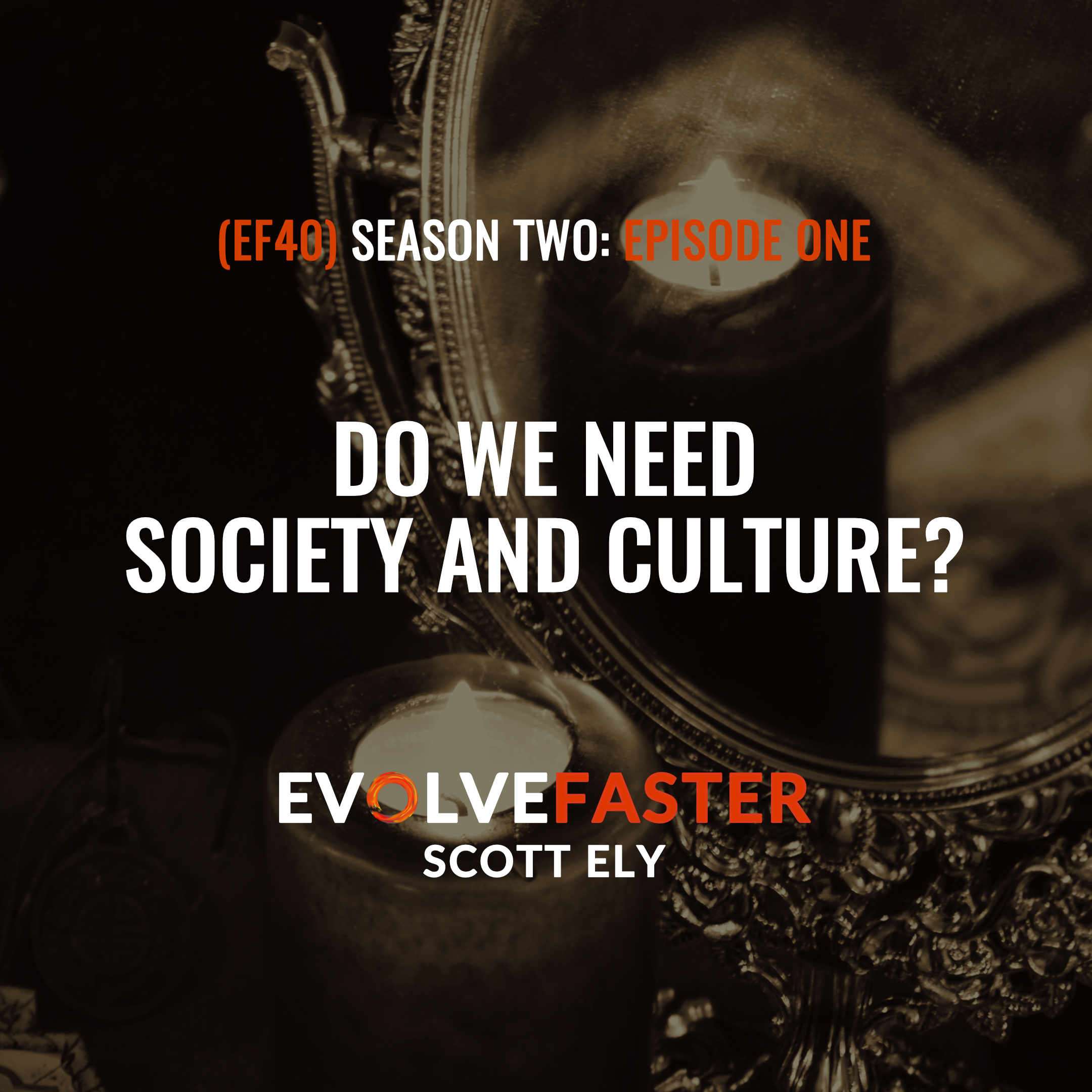 The big question driving Episode EF40 is … Do we need society and culture?