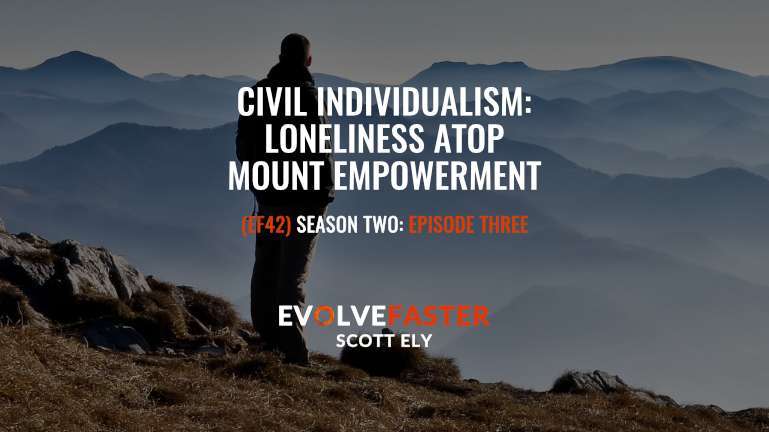 DEDICATION: Episode EF42 is dedicated to Justin Vernon, the singer, songwriter, multi-instrumentalist, and creative genius behind the band Bon Iver. Called the greatest songwriter of his generation, Vernon is known for creating richly layered music accompanied by deep lyrics and haunting vocals. From his Grammy-winning album For Emma, With Love which is a solo singer-songwriter masterpiece, to the innovative full-band powerhouse that is 22, A Million — all in only one album iteration — Vernon (and Bon Iver) are the musical embodiment of evolving faster.

Individuality mixed with isolation can be a catalyst for self-destruction; but a select few like Vernon will turn this chemistry into genius. If you’re familiar with the story of his Thoreau-like metamorphosis, then his dedication for Episode S2E3 will make sense. Justin’s words are baked into the episode for the astute listener; the lyrics were chosen specifically because they had a profound impact on me when I saw Bon Iver live at Summerfest in 2019.

The music Vernon creates with Bon Iver can make you feel both existentially exhausted as well as optimistically transcendent at the same time. There is no touring band more powerful to see live than Bon Iver (ok, Tool as well!), in my opinion, so get to a show asap, because you never know … it might be over soon.

Sam Payne is finishing her Ph.D. in physics under the advisement of a professor making a controversial claim as to why the Big Bang wasn’t the beginning of the universe. The professor’s new theory of everything posits a universal force that is being interpreted as proof that God exists. Sam gets caught in the crossfire between the professor and the angry mob of protesting college students who believe he is trying to bring Creationism to universities. On a knife’s edge in life and career, the increasing pressure on Sam’s individualism is insisting on a drastic plan. Will Sam have the guts to carry it out?

Humanity’s rise to the top of the food chain is due to our success as social creatures, so it can be confusing to sync that reality with our drive to also be individuals. With deep introspection into what got you to this point in life, can you actually define what it means to be a real individual? How would you prove you have what it takes? Are you capable of creating completely new ideas that aren’t influenced by your predecessors, as Transcendental philosophers like Walden and Thoreau? Or maybe you think you must climb the mountain alone to create a better world, as Ayn Rand believed? 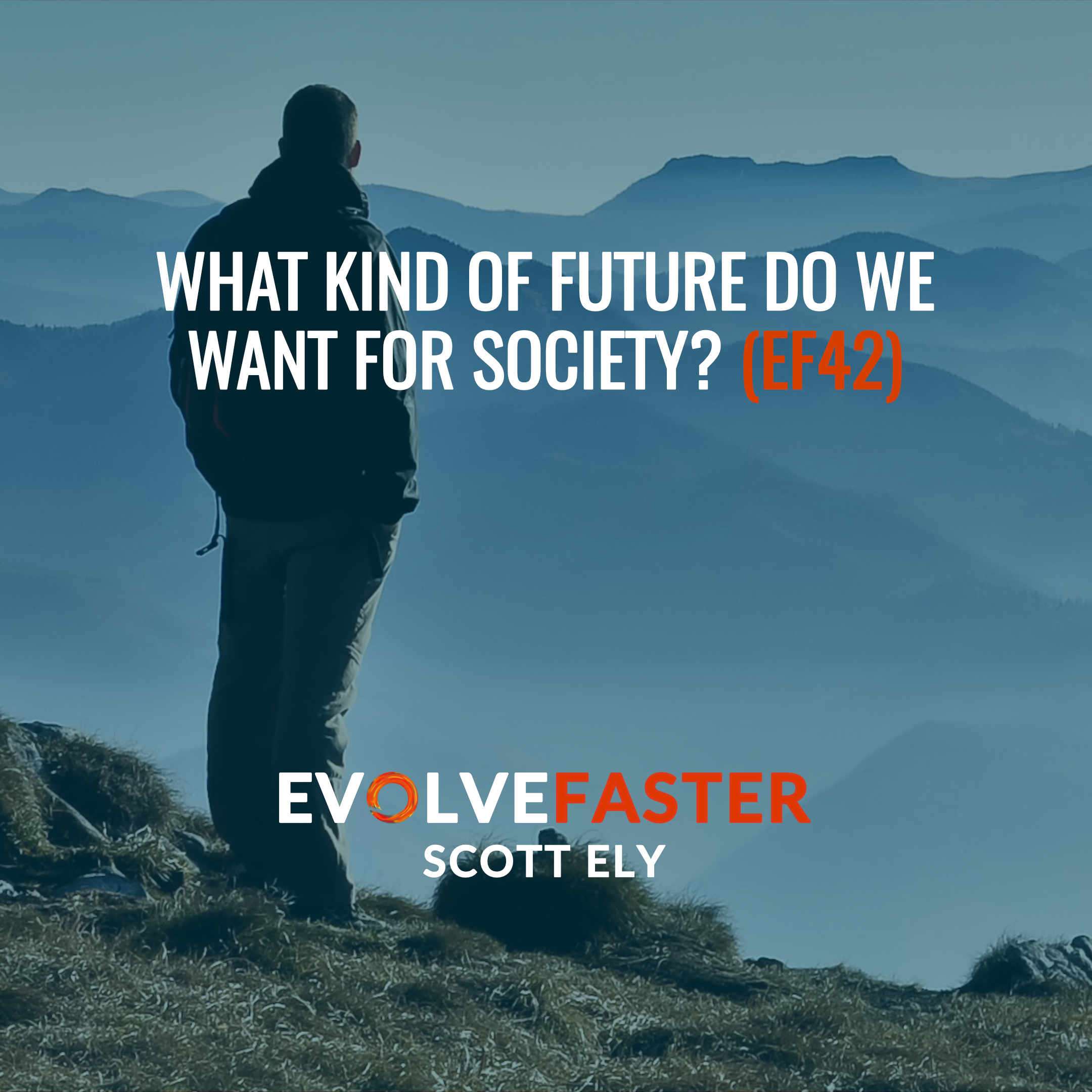 What kind of future do we want for society? 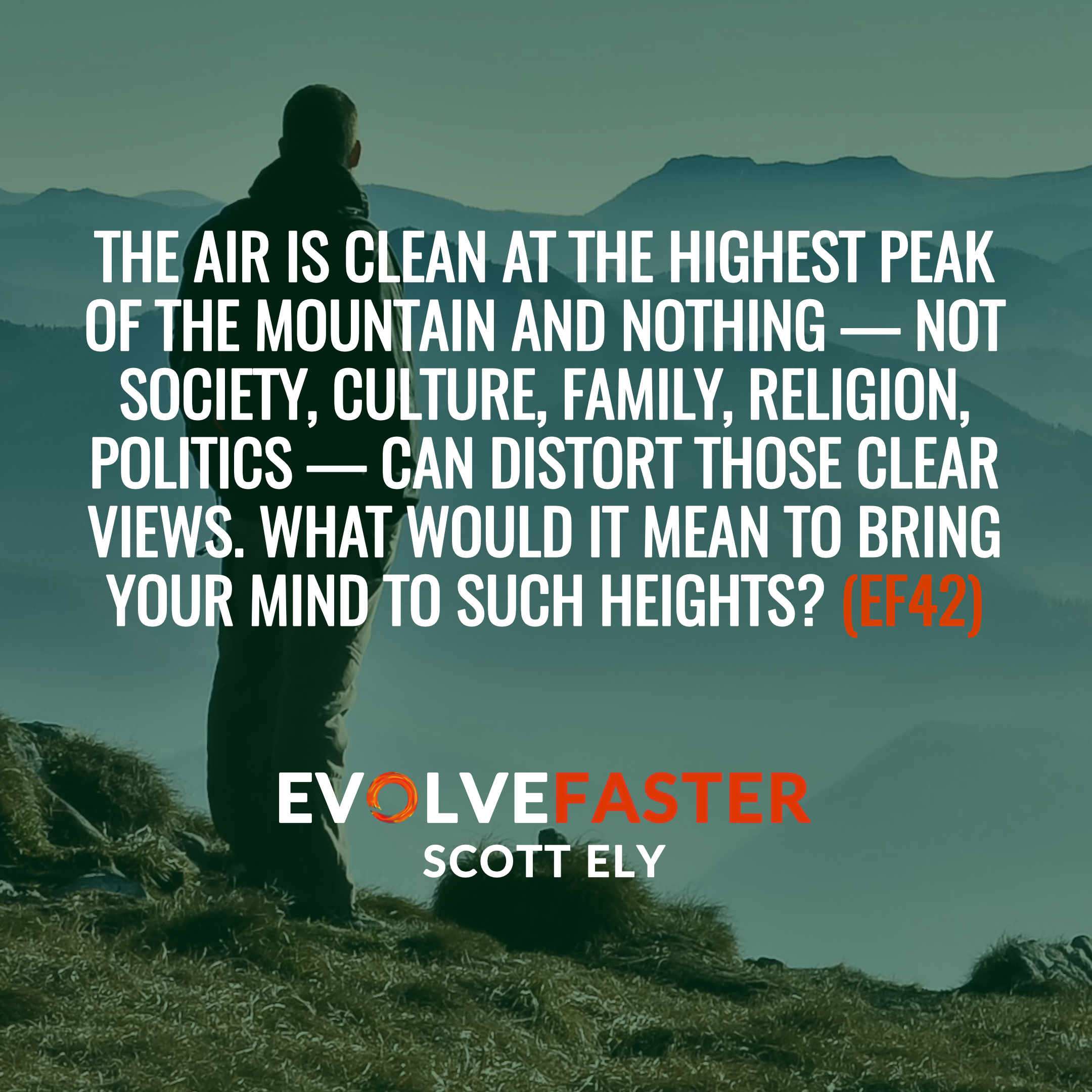 The air is clean at the highest peak of the mountain and nothing — not society, culture, family, religion, politics — can distort those clear views. What would it mean to bring your mind to such heights? 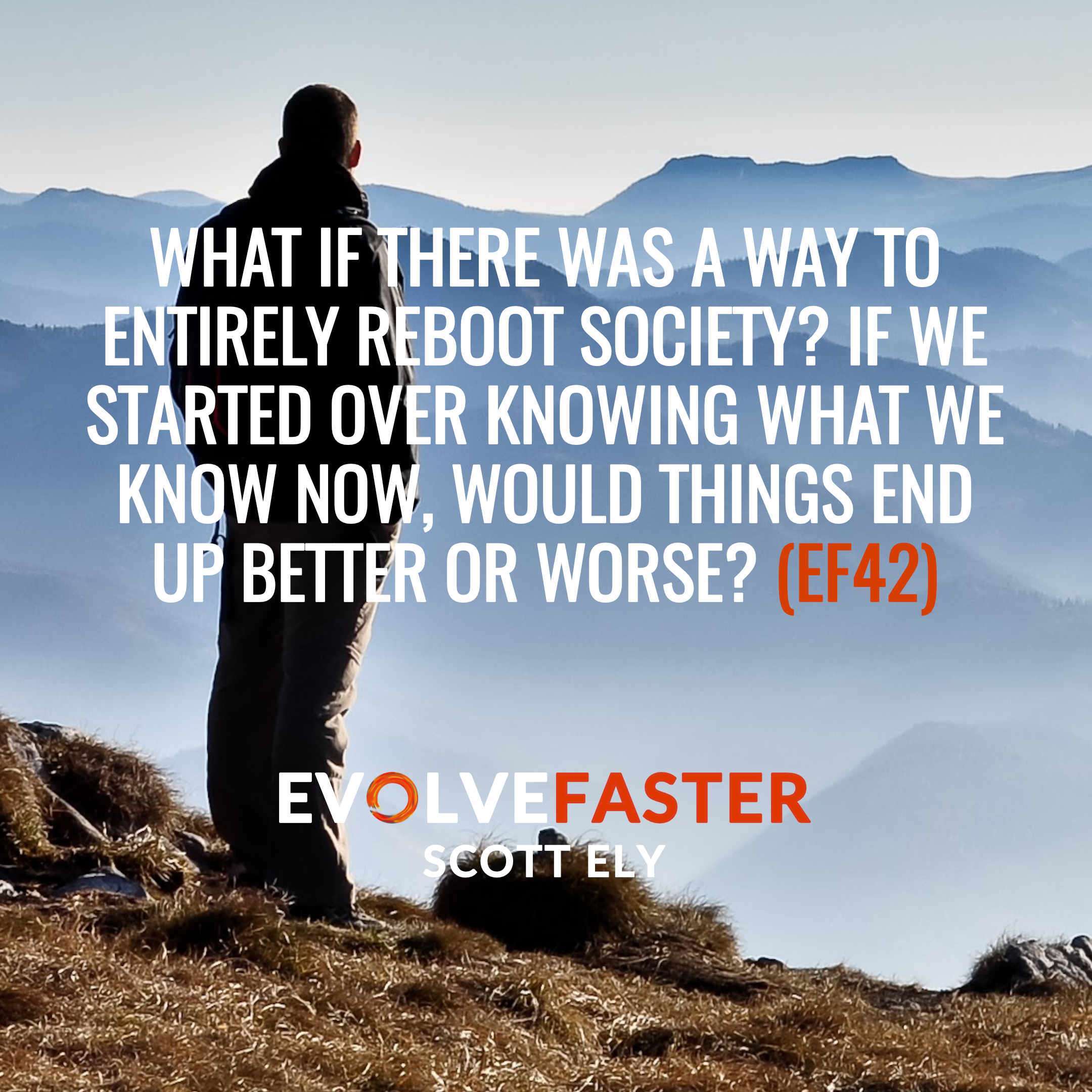 What if there was a way to entirely reboot society? If we started over knowing what we know now, would things end up better or worse? 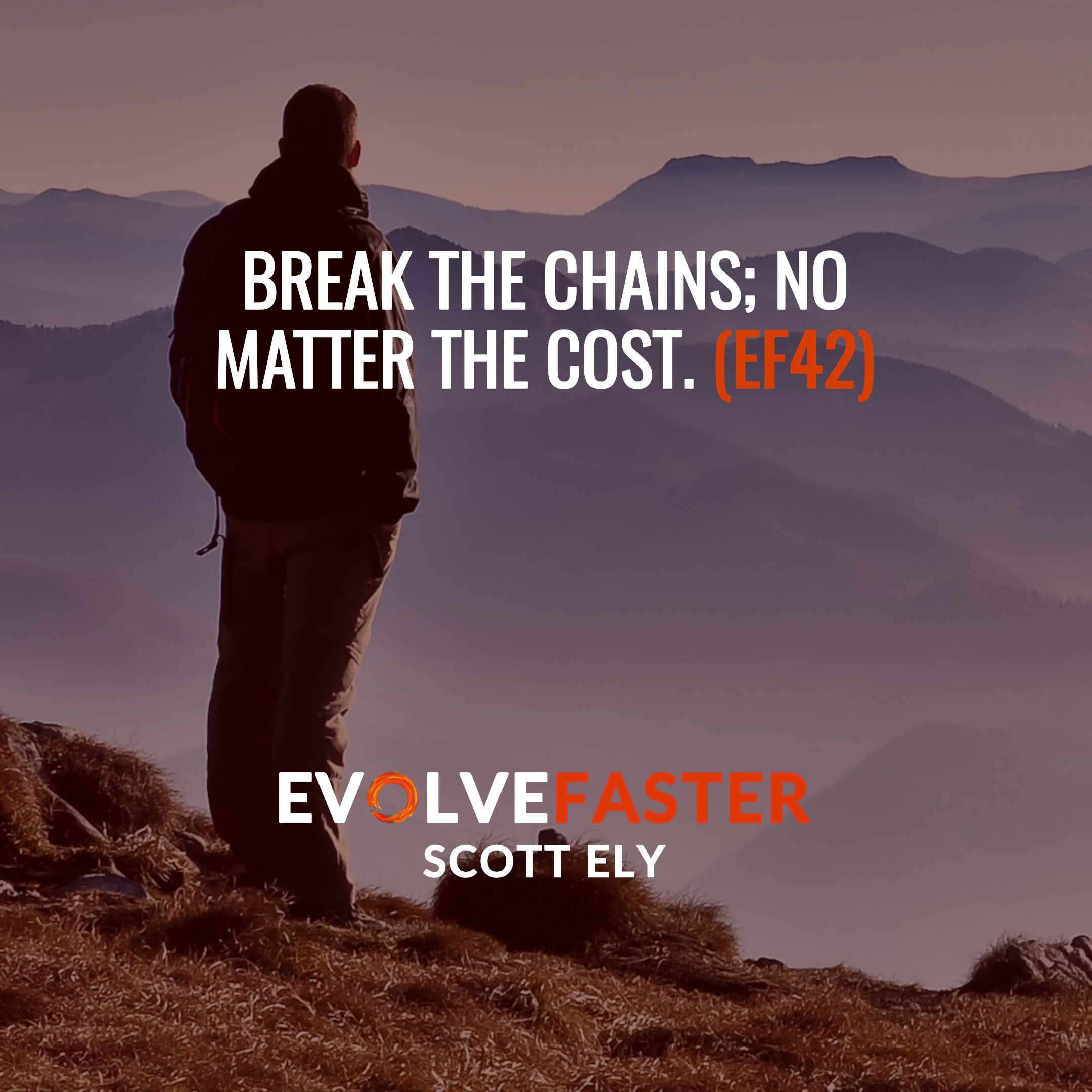 Break the chains; no matter the cost. 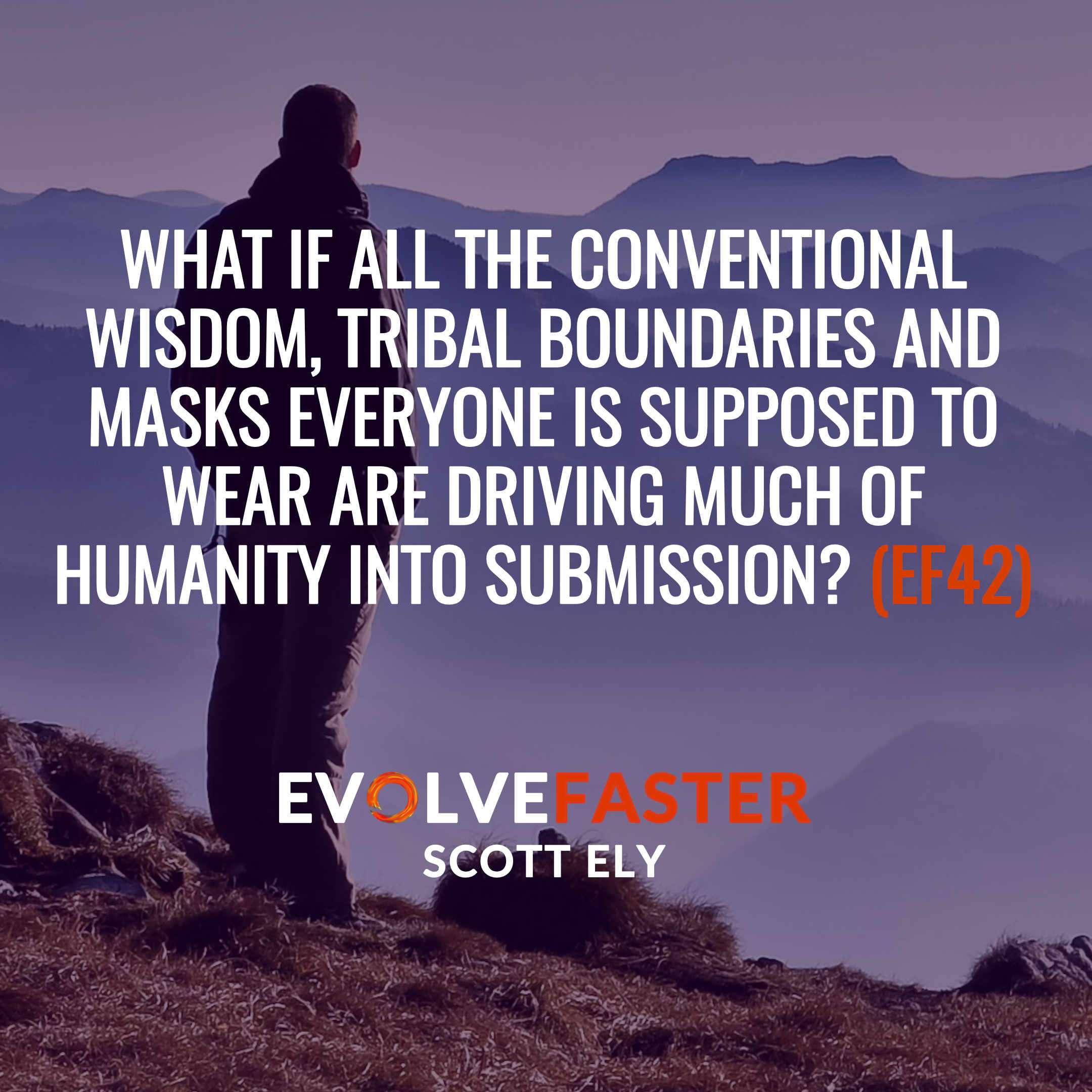 What if all the conventional wisdom, tribal boundaries and masks everyone is supposed to wear are driving much of humanity into submission? 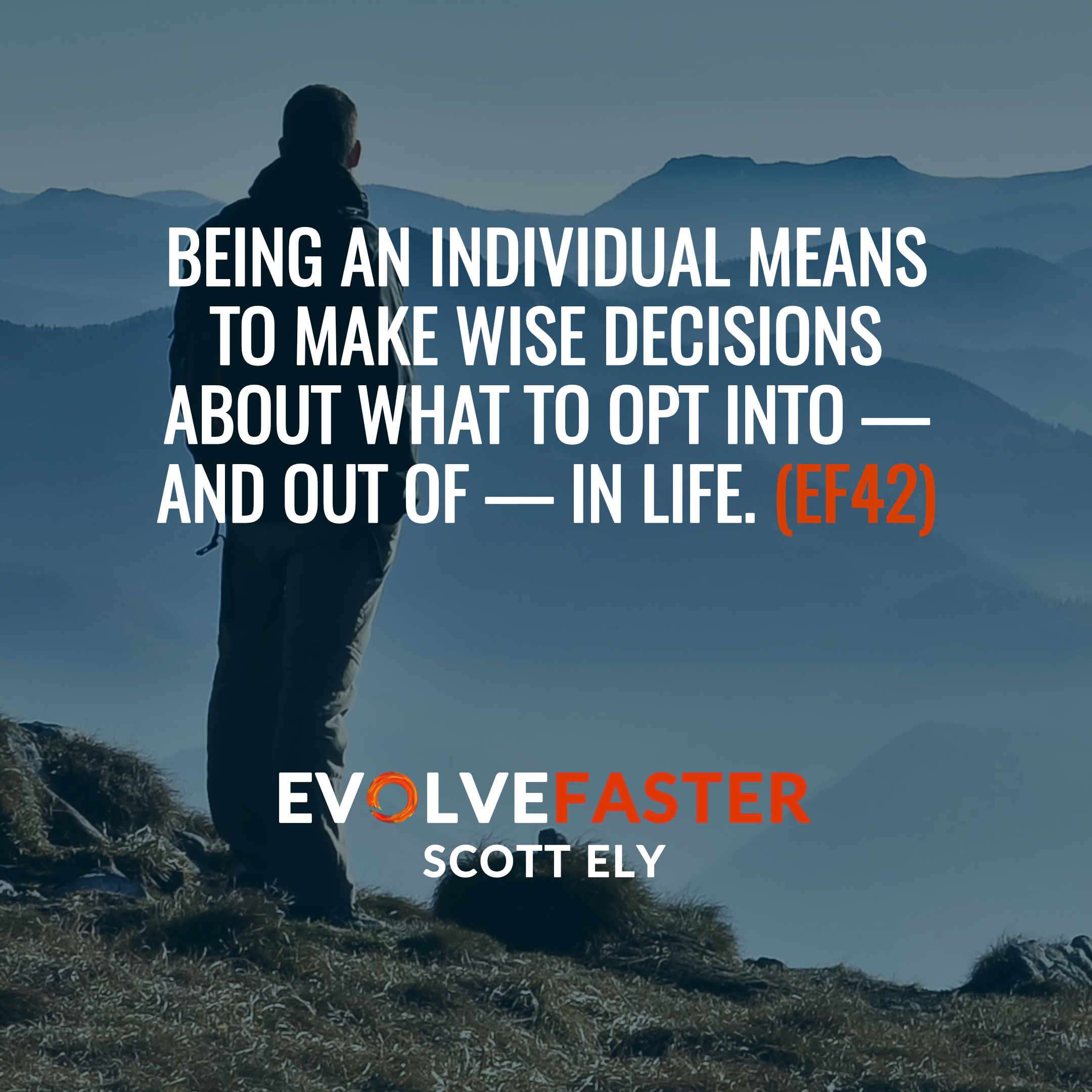 Being an individual means to make wise decisions about what to opt into — and out of — in life. 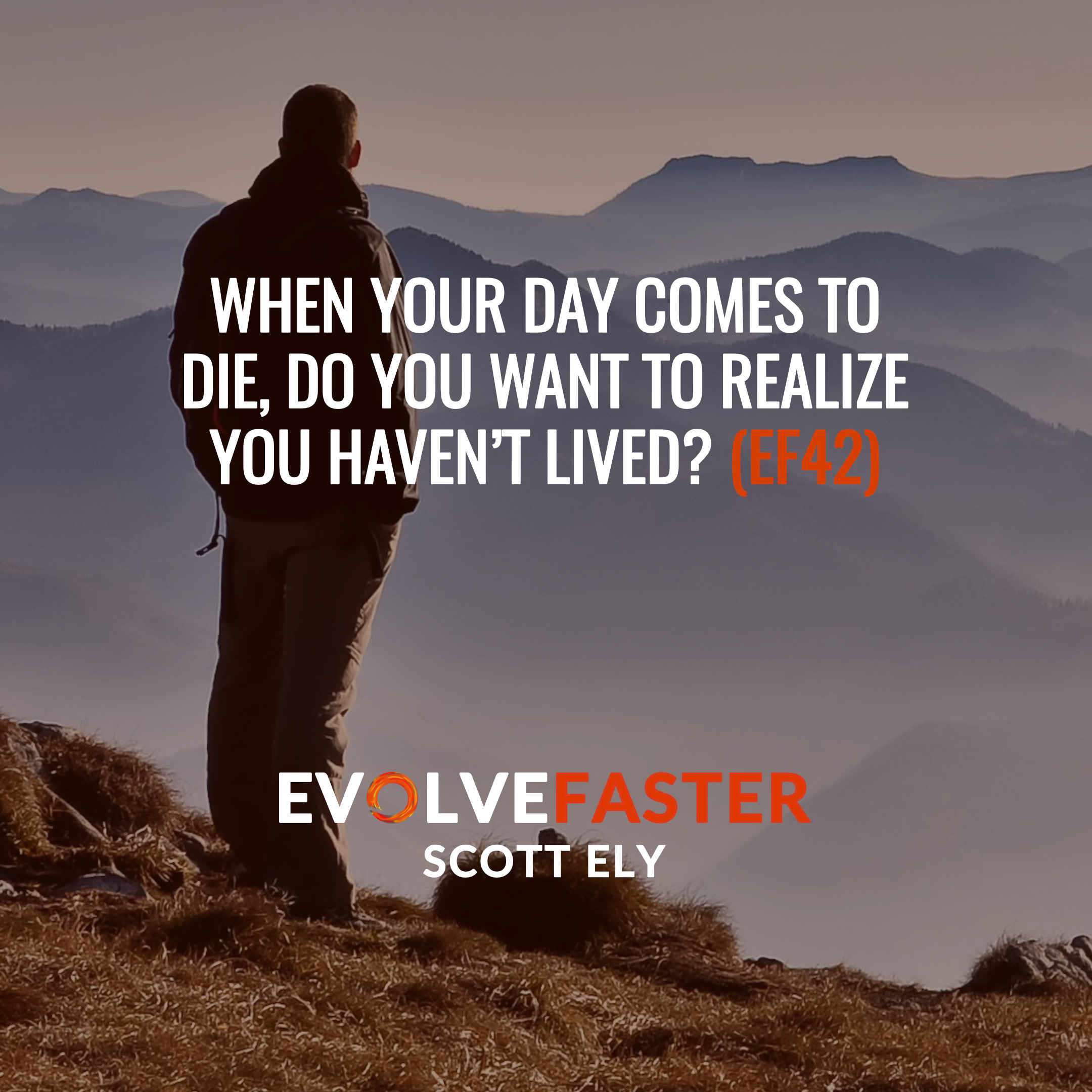 When your day comes to die, do you want to realize you haven’t lived? 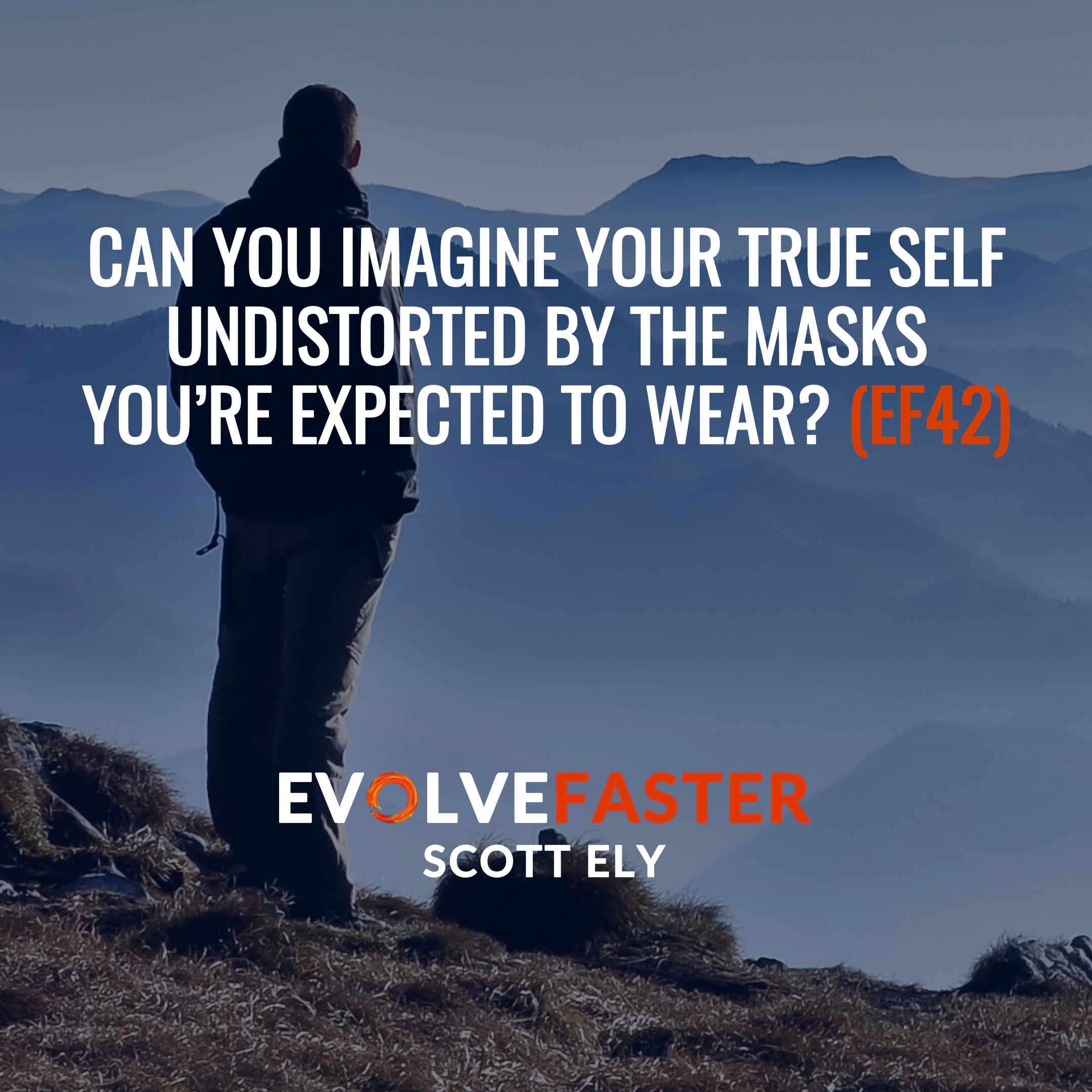 Can you imagine your true self undistorted by the masks you’re expected to wear? 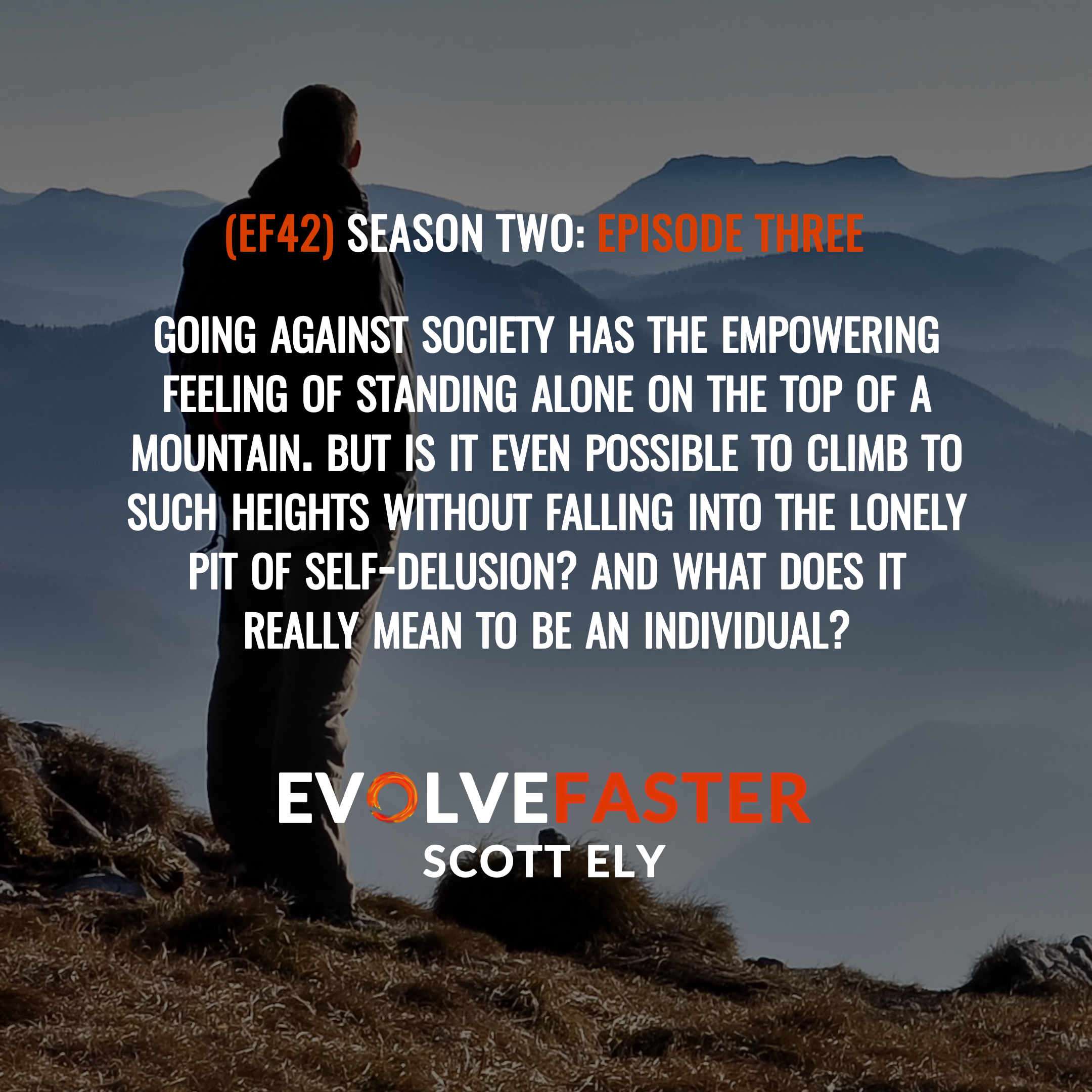 (EF42): Season Two, Episode Three: Going against society has the empowering feeling of standing alone on the top of a mountain. But is it even possible to climb to such heights without falling into the lonely pit of self-delusion? And what does it really mean to be an individual? 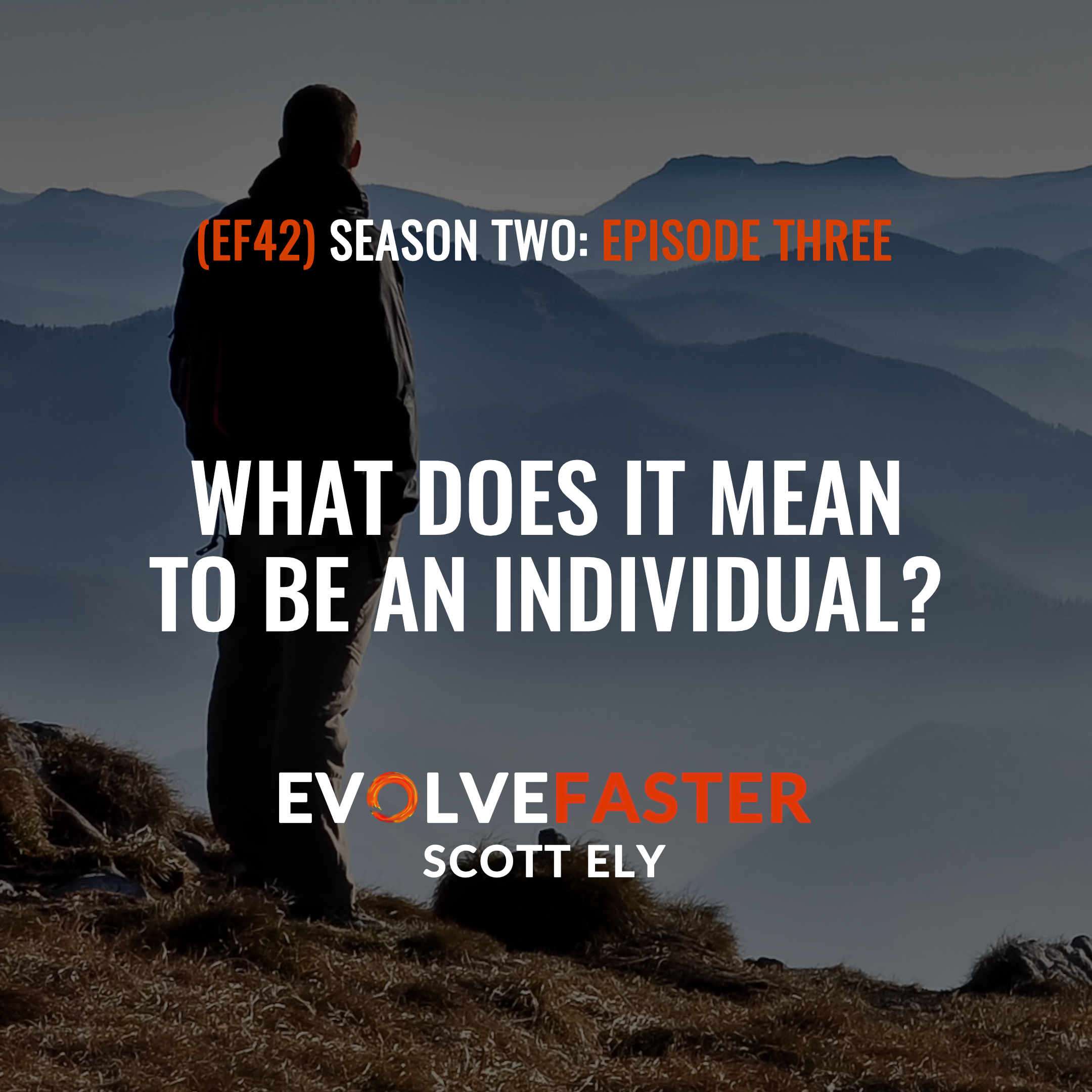 The big question driving Episode EF42 is … What does it mean to be an individual?