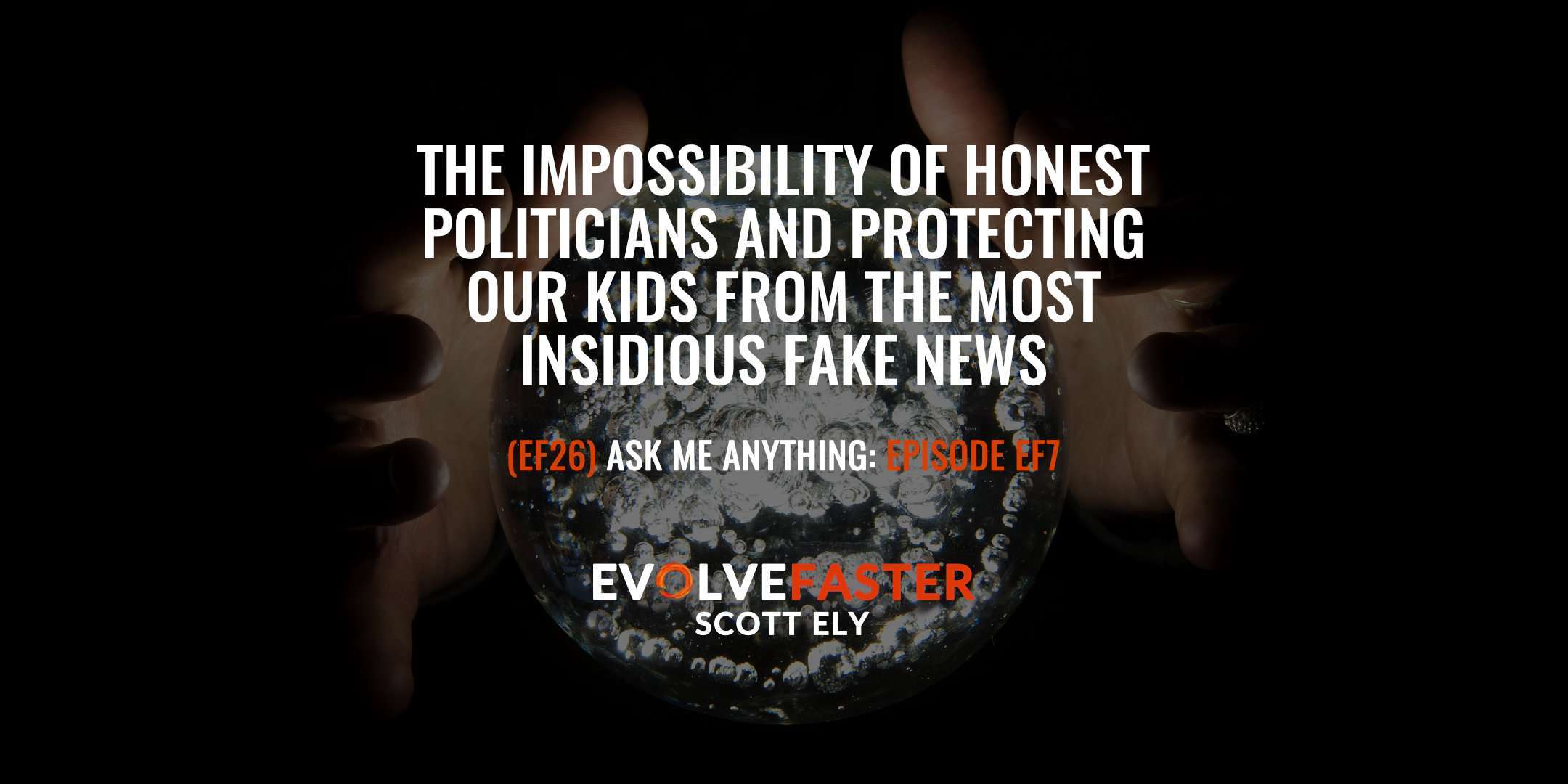 (EF26) AMA-EF7: The Impossibility of Honest Politicians and Protecting Our Kids from The Most Insidious Fake News — Ask Me Anything for Episode EF7

PLAY | DOWNLOAD It's Edward's job to bestow the black magic of verbal and written manipulation on the businessman to win the election. Where the tongue is quicker than the mind—and the pen sharp enough to cut—are these skills a well-respected art? Or are they just cheap mental tricks wielded by insincere charlatans? More...

Spoiler alert: You’re about to listen to an Ask Me Anything  (AMA) of Episode EF7, which was Season 1, Episode 5 of the Evolve Faster Podcast titled All Aboard the Sleight of Mind: The Black Magic of Rhetoric.  The driving question of this episode (and this AMA) for you to think through is … can we trust reason? It’s a fascinating question that actually has surprisingly little research or philosophical investigation.

The fifth episode of the first season of the Evolve Faster Podcast Episode is driven by the big question Can we trust reason. Fake news can look very reasonable, especially when packed with numbers and percentages. If our reason is fake and new are fake, does that mean we’re becoming fake as well?

SHOW NOTES: This episode is dedicated to George Orwell. See the EF26 Show Notes for details of the dedication, inspirations, references, selected quotes and more.