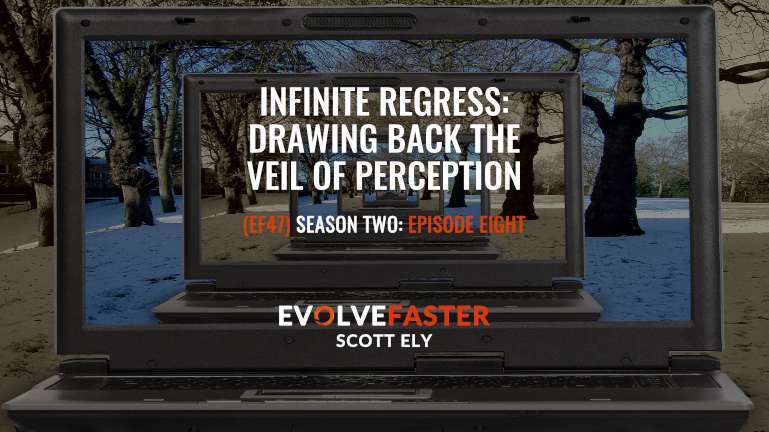 EF47 (S2-E8): Infinite Regress: Drawing Back The Veil of Perception

PLAY | DOWNLOAD Investigating human limitations beyond the veil of perception is as disconcerting as looking at an image repeating into itself in an infinite regress. What would it mean to have a complete grasp of the entire picture? And would that define for us what is reality? More...

The big question driving episode EF47 is … What is reality?

Sam Payne is a physicist on the verge of discovering the true nature of reality when her project gets shut down abruptly. But a suspicious gift enables her to go underground to an illegal world of virtual work, in order to try and recruit rogue scientists to restart her research. As the risks pile up, Sam realizes what she’s been seeking for the last three decades of her career has been hidden in plain sight all along. But the answer is also far more dangerous than she could have imagined.

We perceive our day to day experience as the one-and-only, true reality. But the truth is, our perception of reality is very different than that of a catfish, bat, or dog; which can respectively taste, hear and smell far more acutely than we could possibly imagine. So what is the true reality, beyond this seemingly impenetrable veil of perception that shrouds human sensory capabilities? Is it something we can even comprehend using the limited wetware of the human brain? Or does such a thing as reality even exist?

SHOW NOTES: This episode is dedicated to Sean Carroll. See the EF47 Show Notes for details of the dedication, inspirations, references, selected quotes and more.