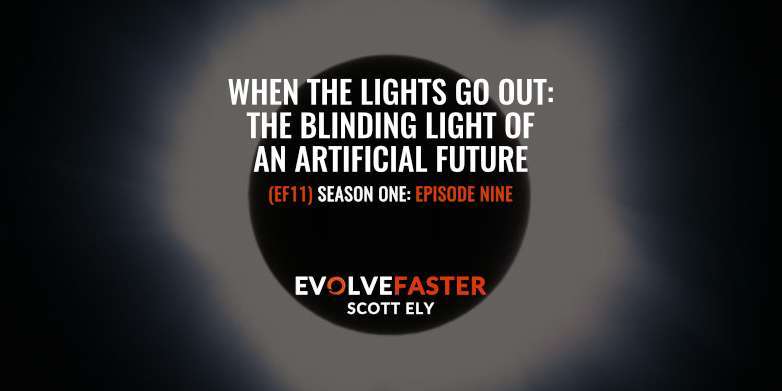 Looking to play or download the episode? Click here…(EF11) S1-E9: When the Lights Go Out: The Blinding Light of an Artificial Future (Season One, Episode Nine)

Can machines think, be creative or fall in love?

The big question driving Episode EF11 is … Can machines think, be creative or fall in love?  It’s obvious we’re witnessing the dawn of artificial intelligence (AI). As the generation living through and directing this big change, we have to feel both excited and nervous. What will the next step be? Will machines become a new race with their own rights to live, love and create? How might the change — potentially a quantum leap — affect humanity?

Another fact is that machines will be (or already are) more effective than humans in everything, maybe even creativity. So will humanity see this as a challenge to further evolve, or will we get overwhelmed by the unprecedented capability of a machine? Do we stand a chance when for everything humanity took centuries to perfect, AI can master in days or weeks? Can our ape-like brains even comprehend what might be around the next curve of this Next Evolution?

Aldford Herbert, a famous science fiction writer, is on the brink of finishing his latest novel about a realistic, dark future of artificial intelligence. A stroke of luck provides him with an opportunity to talk to Cynthia Butler, the mastermind behind the world’s most bleeding edge AI company. Aldford sees this as the perfect opportunity to secretly learn how precise his fictional predictions might be. What he doesn’t know is that Cynthia might just have a mysterious, and even more insidious agenda than his own.

This episode of the Evolve Faster Podcast will investigate AI development from perspectives of deep learning to related neuroscience and several key technological advances in between. Technology and AI is rapidly evolving at a rate much faster than humanity ever did or could hope for. It’s not about if AI will achieve consciousness, but when will we be at least fooled into thinking it has? But does the rapid development automatically mean the end of humankind as we know it? Or is there an alternative route where co-existence is a brighter version of life as it is today?

Albert Einstein, William Hermanns, Einstein and the Poet: In Search of the Cosmic Man, 1983, Branden Books 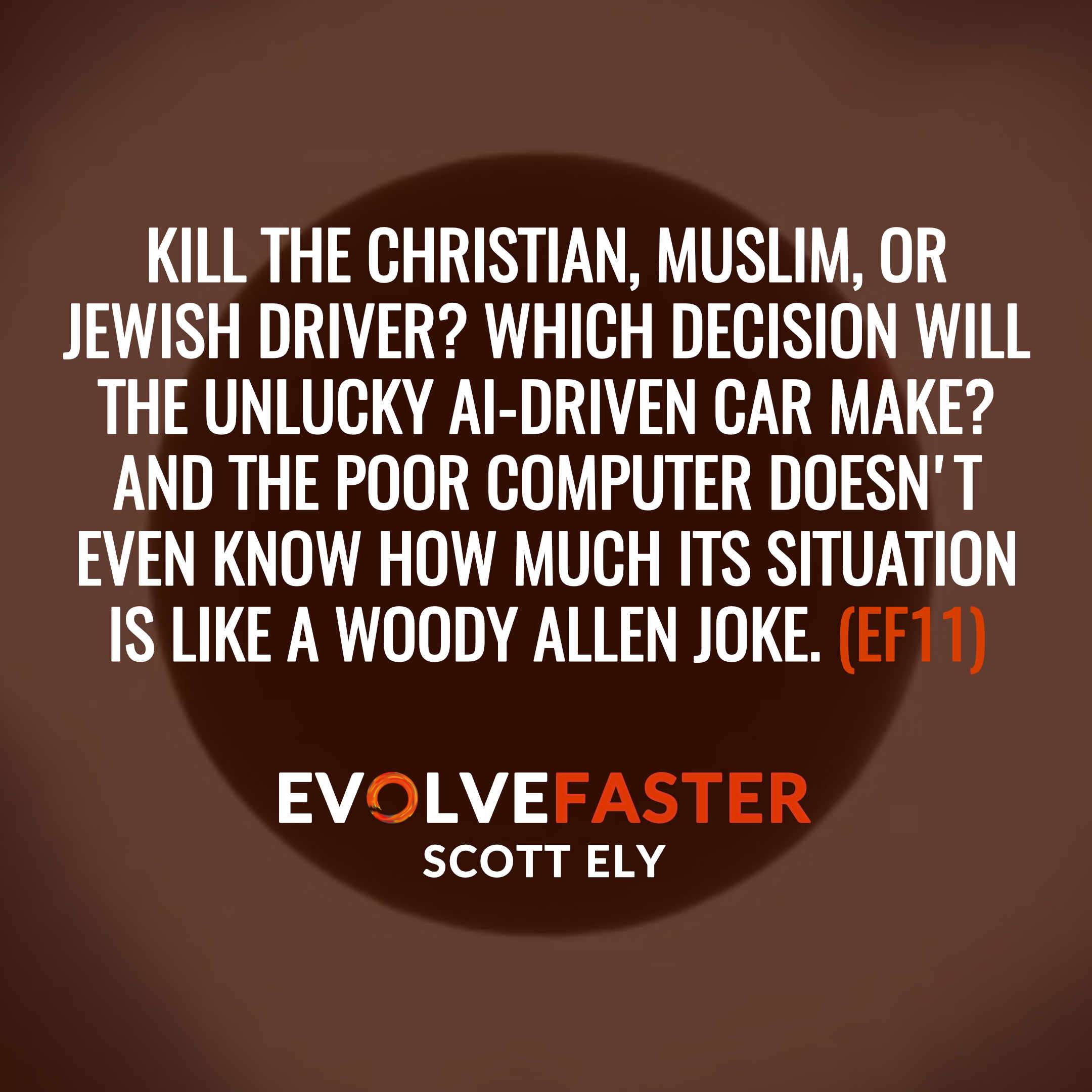 Kill the Christian, Muslim, or the Jewish driver? Which decision will the unlucky AI-driven car make? And the poor computer doesn’t even know how much its situation is like a Woody Allen joke. — The Evolve Faster Podcast (Season One, Episode Nine) 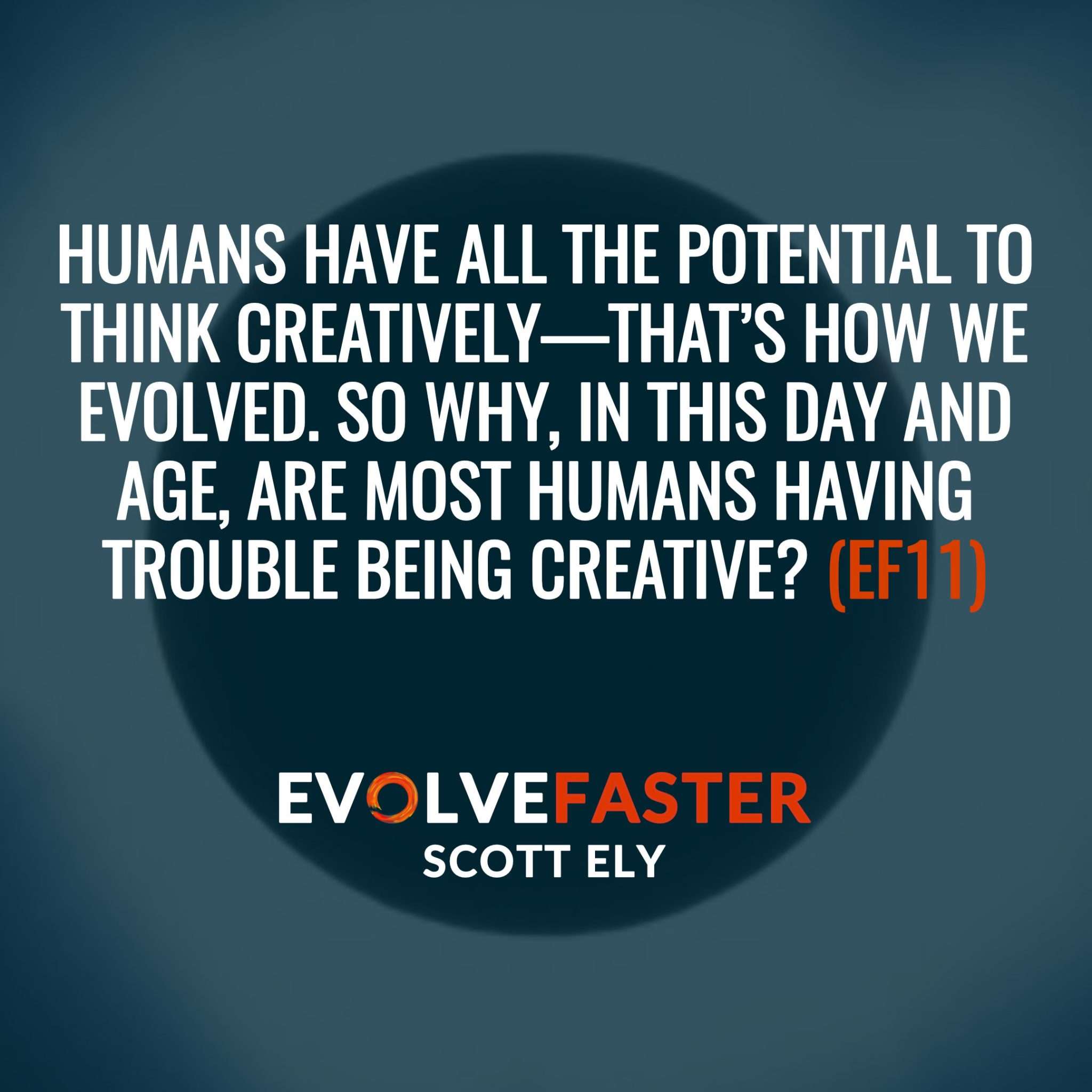 Humans have all the potential to think creatively; that’s how we evolved. So why in this day and age an average human is having trouble with being creative? — The Evolve Faster Podcast (Season One, Episode Nine) 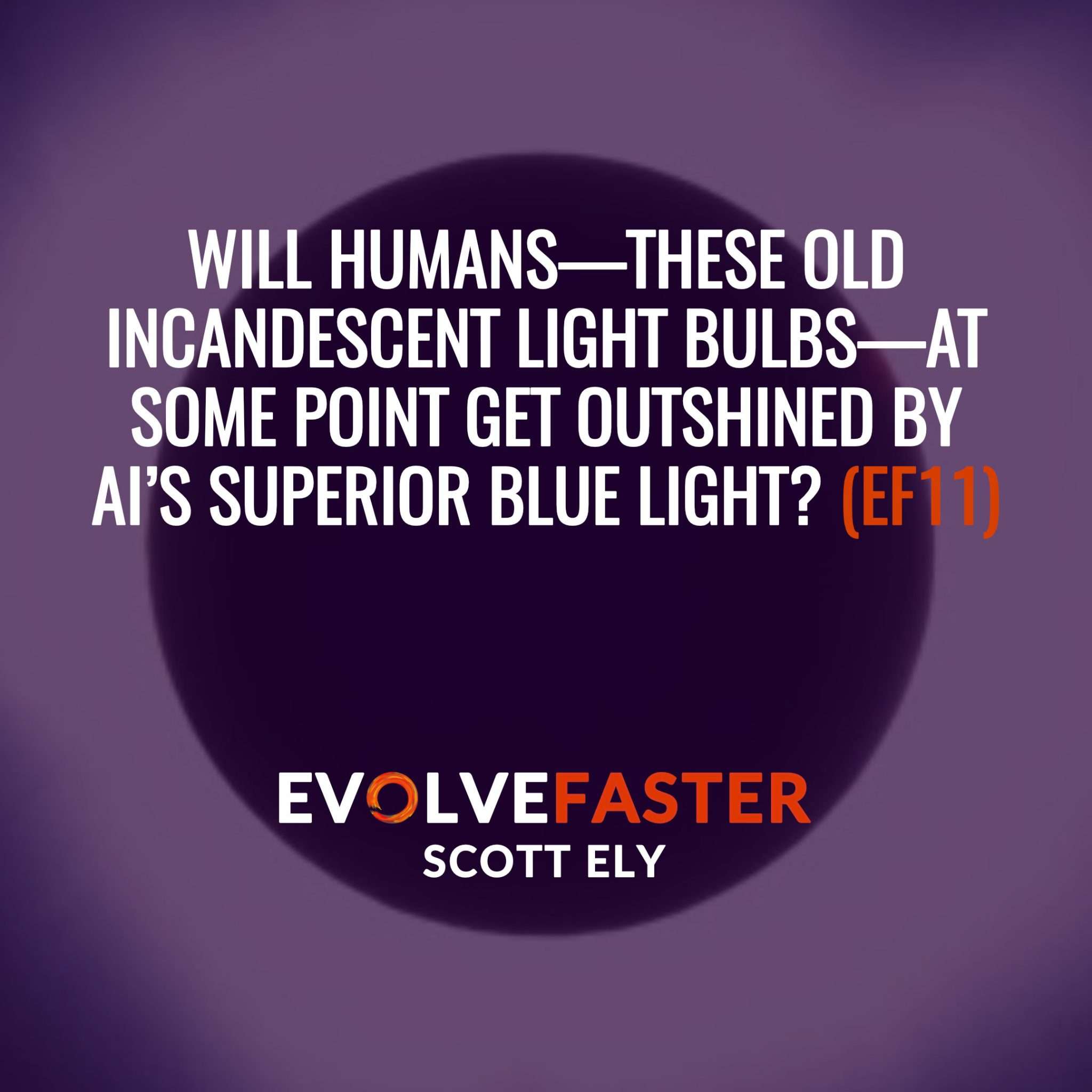 Will humans, these old incandescent light bulbs, at one point get outshined by AI’s superior blue light? — The Evolve Faster Podcast (Season One, Episode Nine) (EF11) 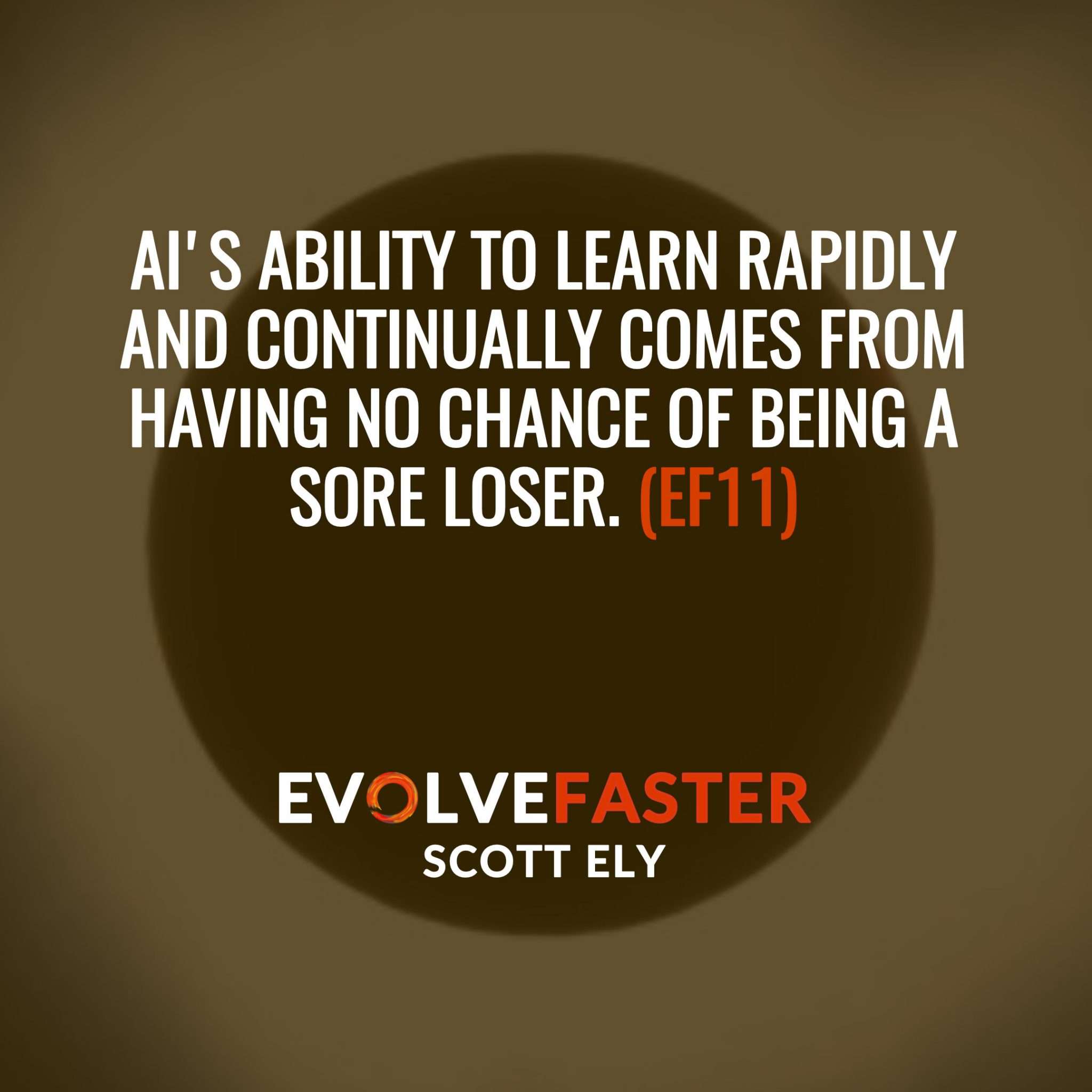 AI’s ability to learn rapidly and continually comes from having no chance of being a sore loser. — The Evolve Faster Podcast (Season One, Episode Nine) 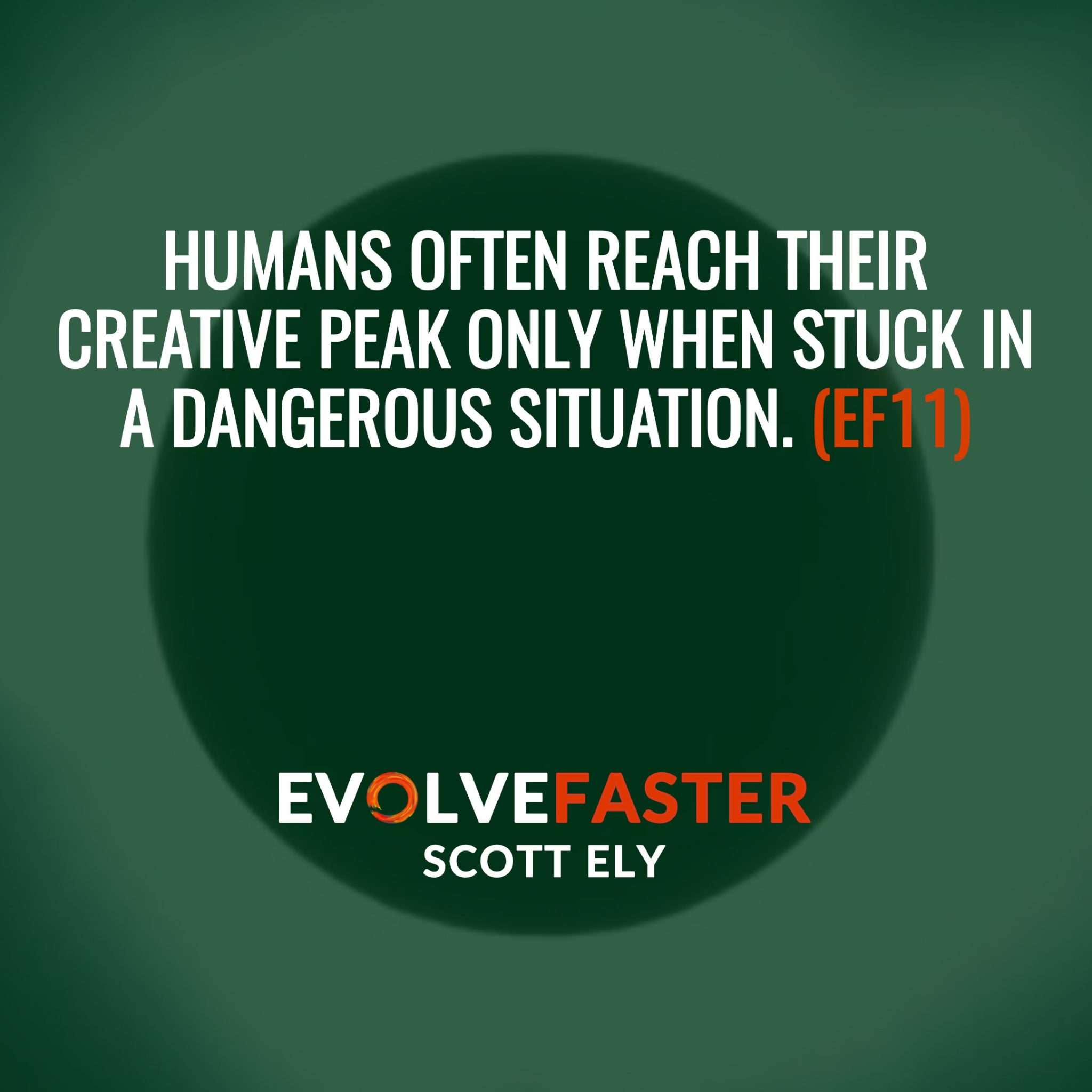 Humans often reach their creative peak only when stuck in a dangerous situation — The Evolve Faster Podcast (Season One, Episode Nine) 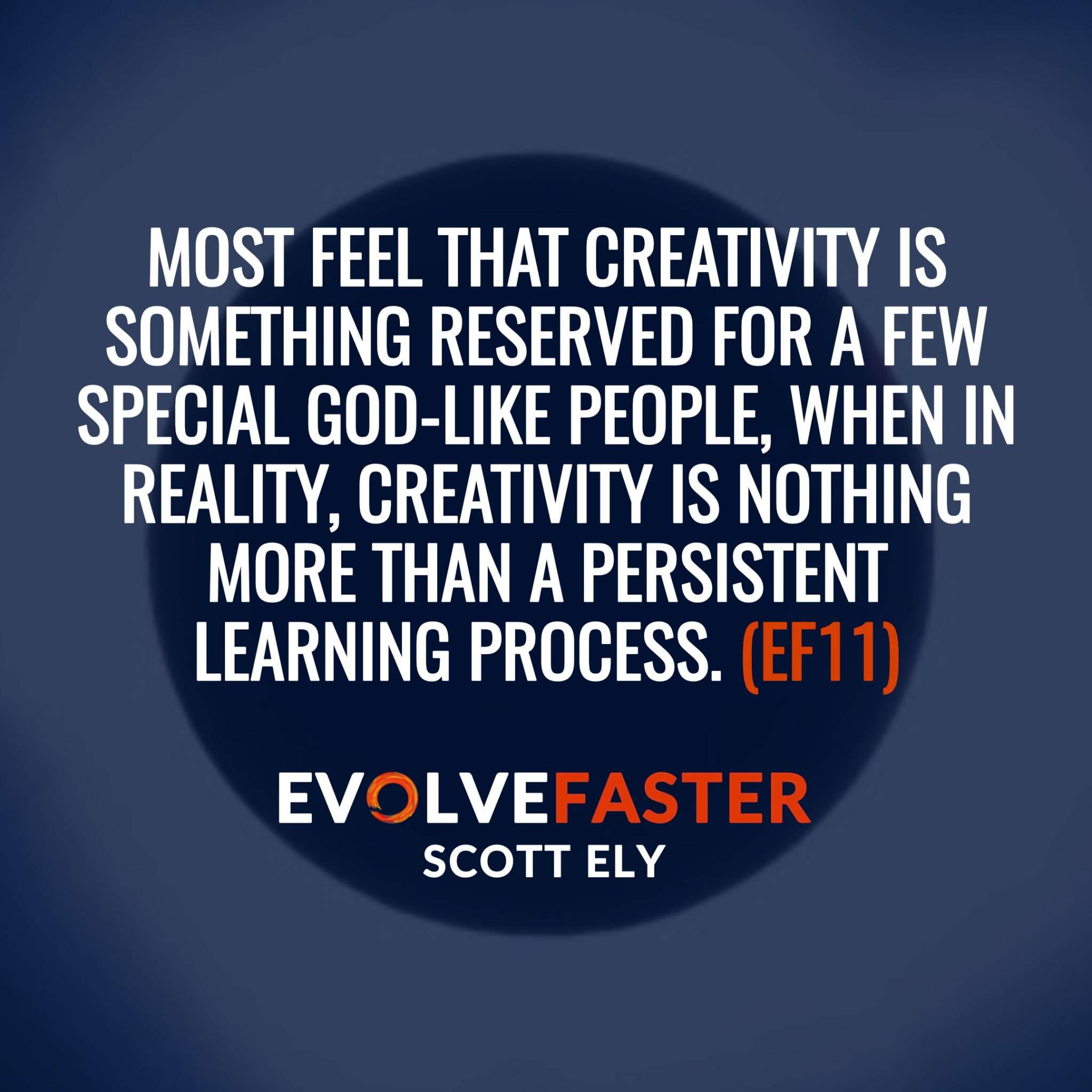 Most feel that creativity is something reserved for a few special god-like people when in reality, creativity is nothing more than a persistent learning process. — The Evolve Faster Podcast (Season One, Episode Nine) 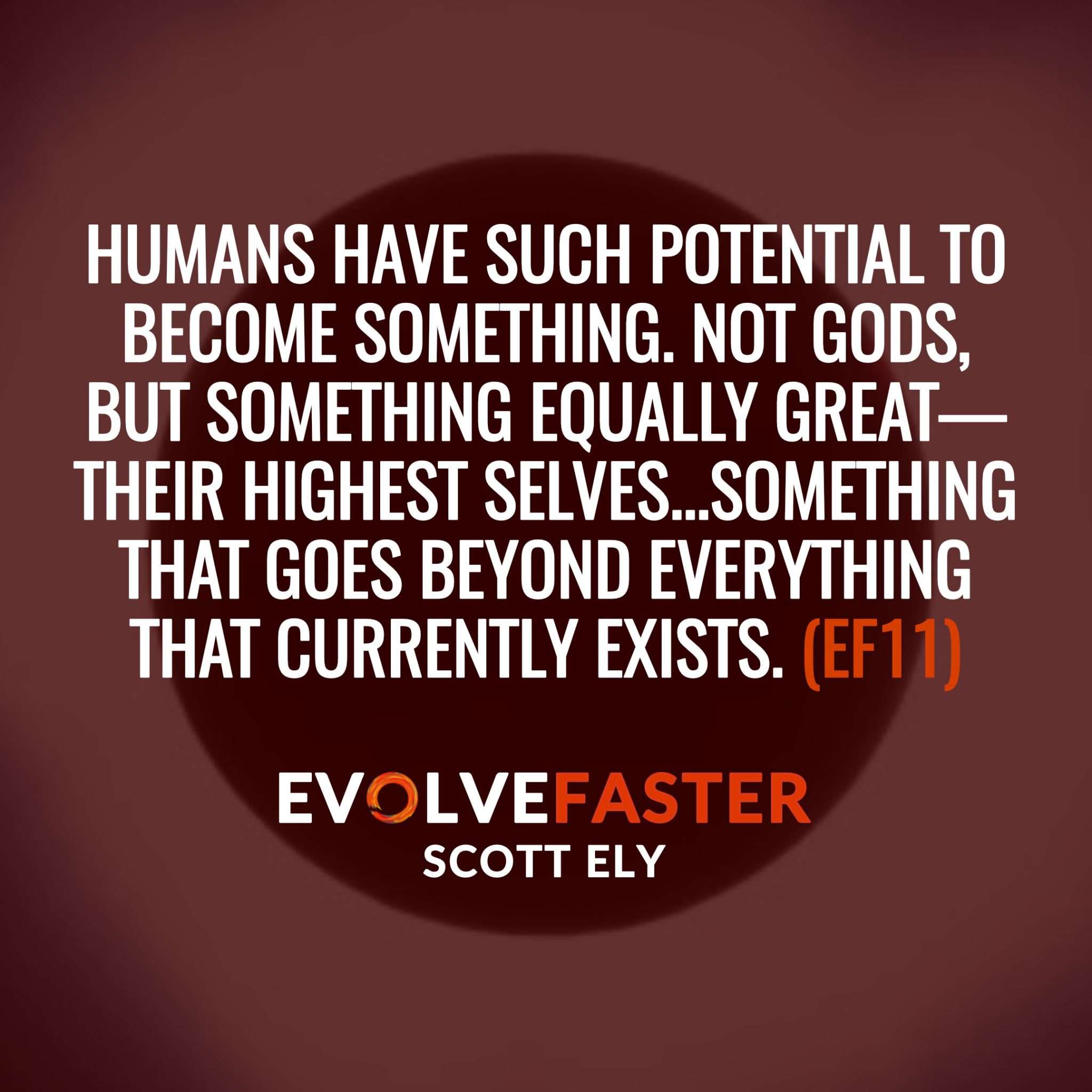 Humans have such potential to become something. Not gods, but something as equally great–their highest selves…something that goes beyond everything that currently exists. — The Evolve Faster Podcast (Season One, Episode Nine) (EF11) 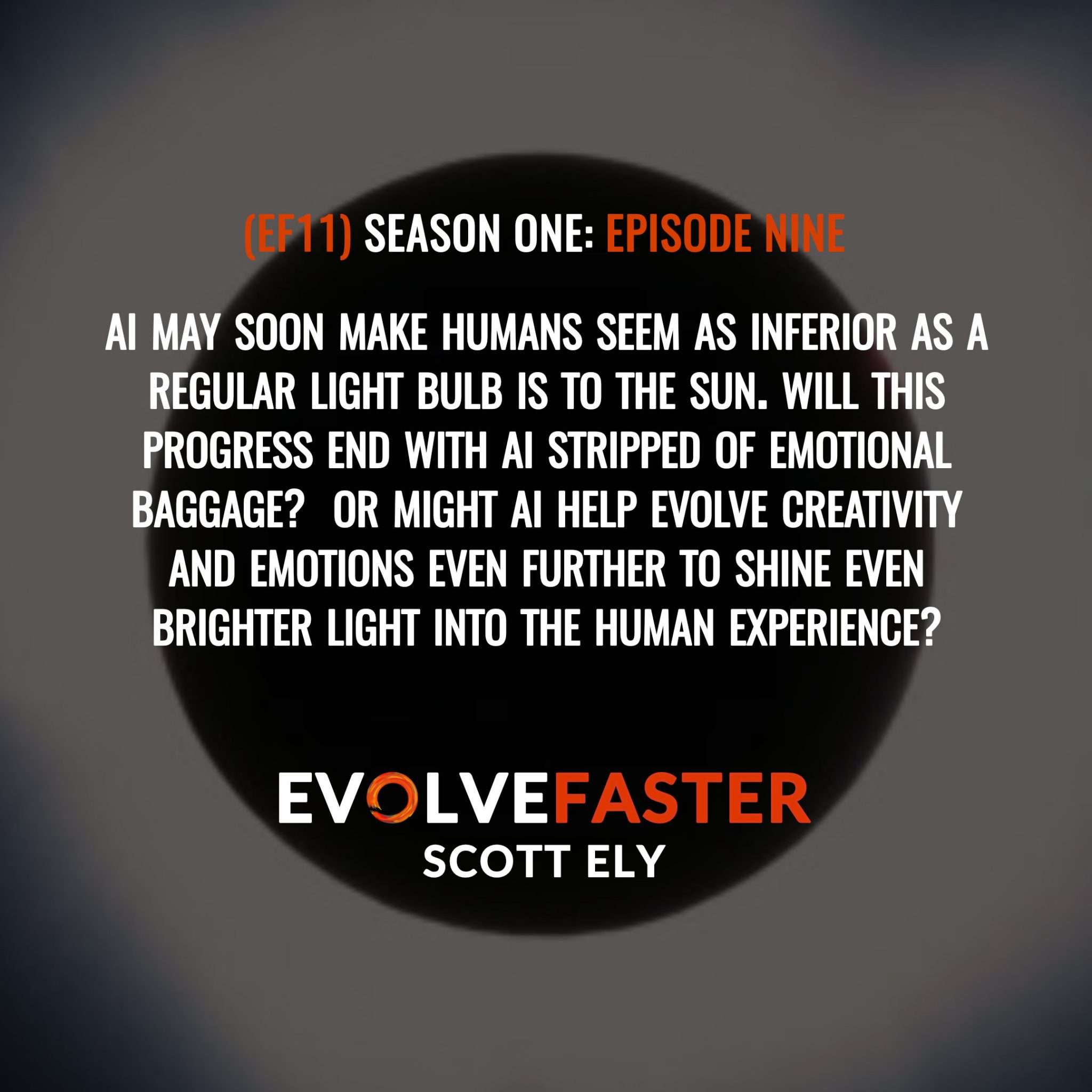 Season One, Episode Nine: AI may soon make humans seem as inferior as a regular light bulb is to the sun. Will this progress end with AI stripped of human emotional baggage? Or might AI help evolve creativity and emotions even further to shine an even brighter light into the human experience? 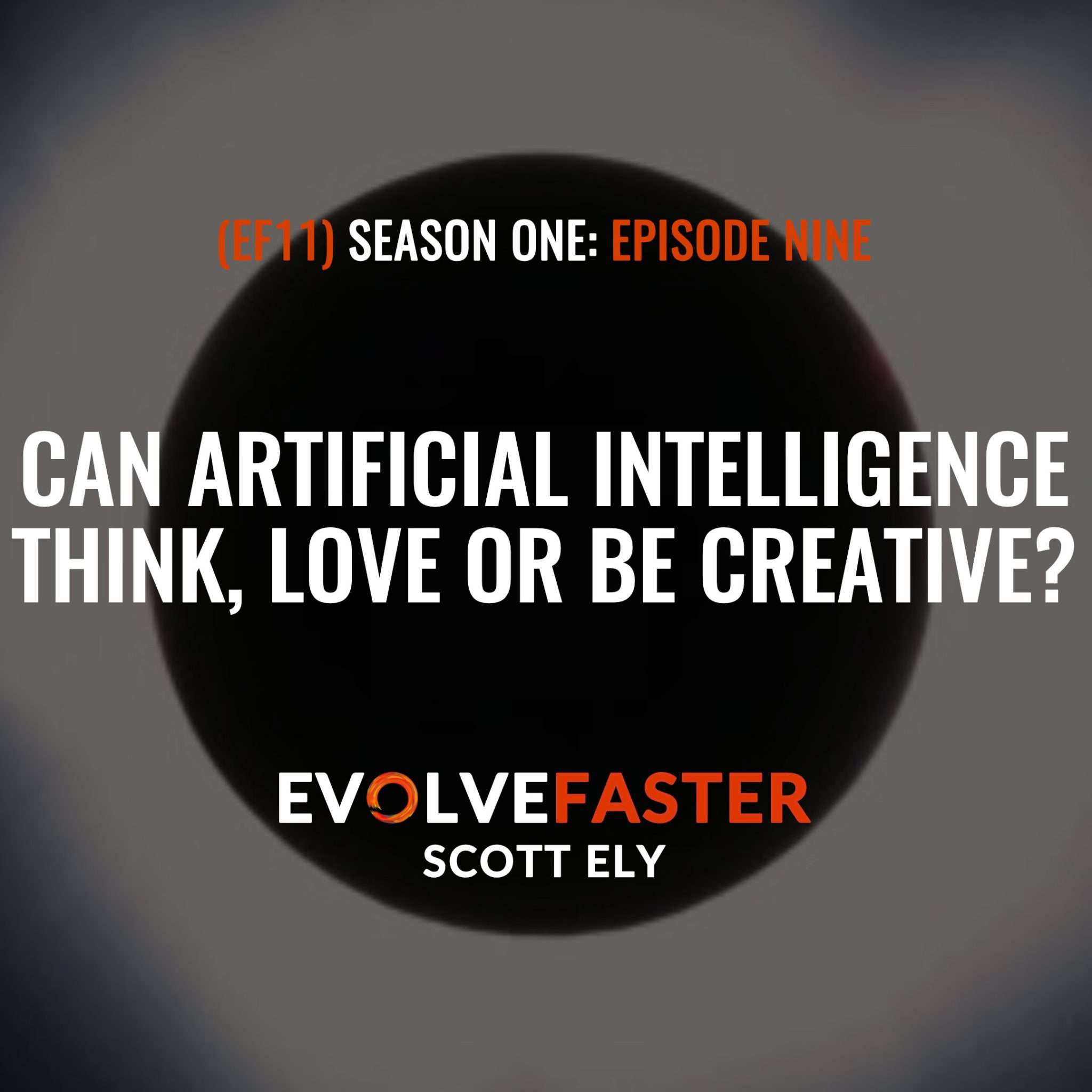 Season One, Episode Nine: Can machines think, be creative or fall in love? (EF11)