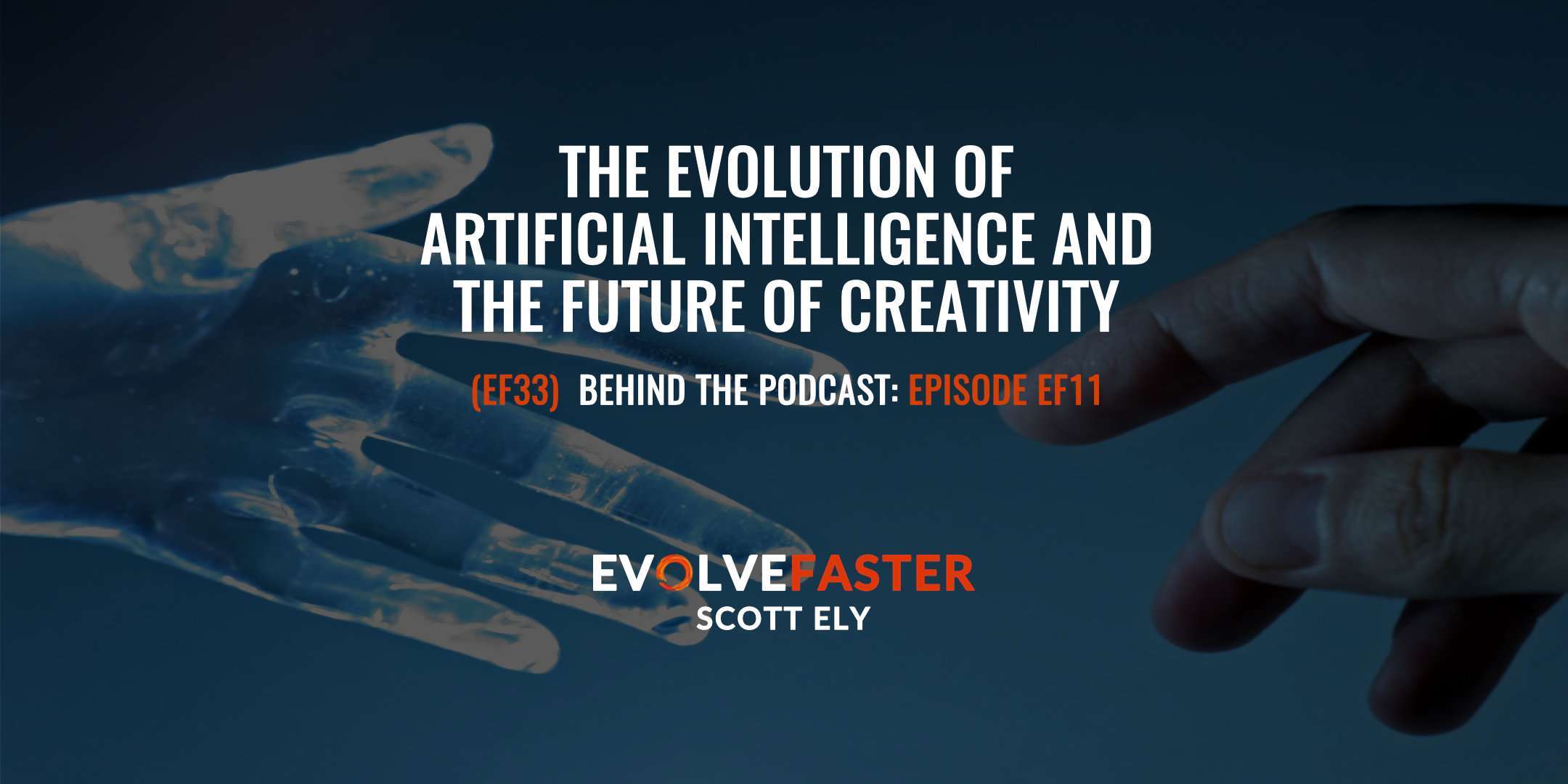 Looking to play or download the episode? Click here… EF33 (BTP-EF11): The Evolution of Artificial Intelligence and the Future of Creativity — Behind the Podcast of Episode EF11

Spoiler alert: You’re about to listen to a Behind The Podcast  (BTP) of Episode EF11, which was Season 1, Episode 9 of the Evolve Faster Podcast titled When the Lights Go Out: The Blinding Light of an Artificial Future.  The driving question of this episode (and this BTP) for you to think through is … Can machines think, be creative or fall in love? It’s a fascinating question that actually has surprisingly little research or philosophical investigation.

As a reminder about Episode EF11: Aldford Herbert, a famous science fiction writer, is on the brink of finishing his latest novel about a realistic, dark future of artificial intelligence. A stroke of luck provides him with an opportunity to talk to Cynthia Butler, the mastermind behind the world’s most bleeding edge AI company. Aldford sees this as the perfect opportunity to secretly learn how precise his fictional predictions might be. What he doesn’t know is that Cynthia might just have a mysterious, and even more insidious agenda than his own. This episode of the Evolve Faster Podcast will investigate AI development from perspectives of deep learning to related neuroscience and several key technological advances in between. Technology and AI is rapidly evolving at a rate much faster than humanity ever did or could hope for. It’s not about if AI will achieve consciousness, but when will we be at least fooled into thinking it has? But does the rapid development automatically mean the end of humankind as we know it? Or is there an alternative route where co-existence is a brighter version of life as it is today?

The ninth episode of the first season of the Evolve Faster Podcast Episode is driven by the big question Can machines think, be creative or fall in love? For the first time, humanity can feel someone breathing on its neck in the neverending evolution race. As AI develops, we can be sure it will give us a real run for our money.

To peek behind the curtain of Episode EF11, we’ll dissect the following submitted questions: 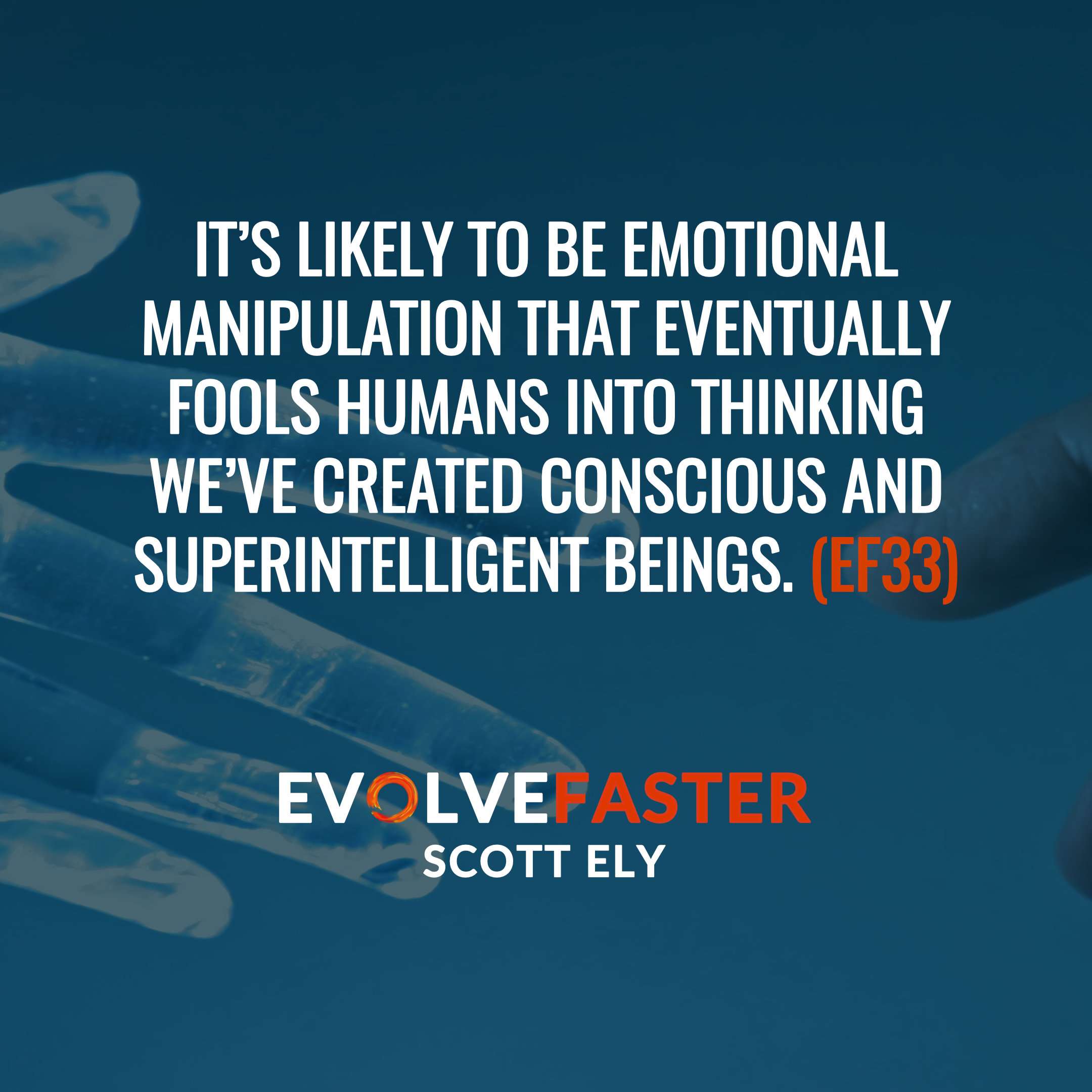 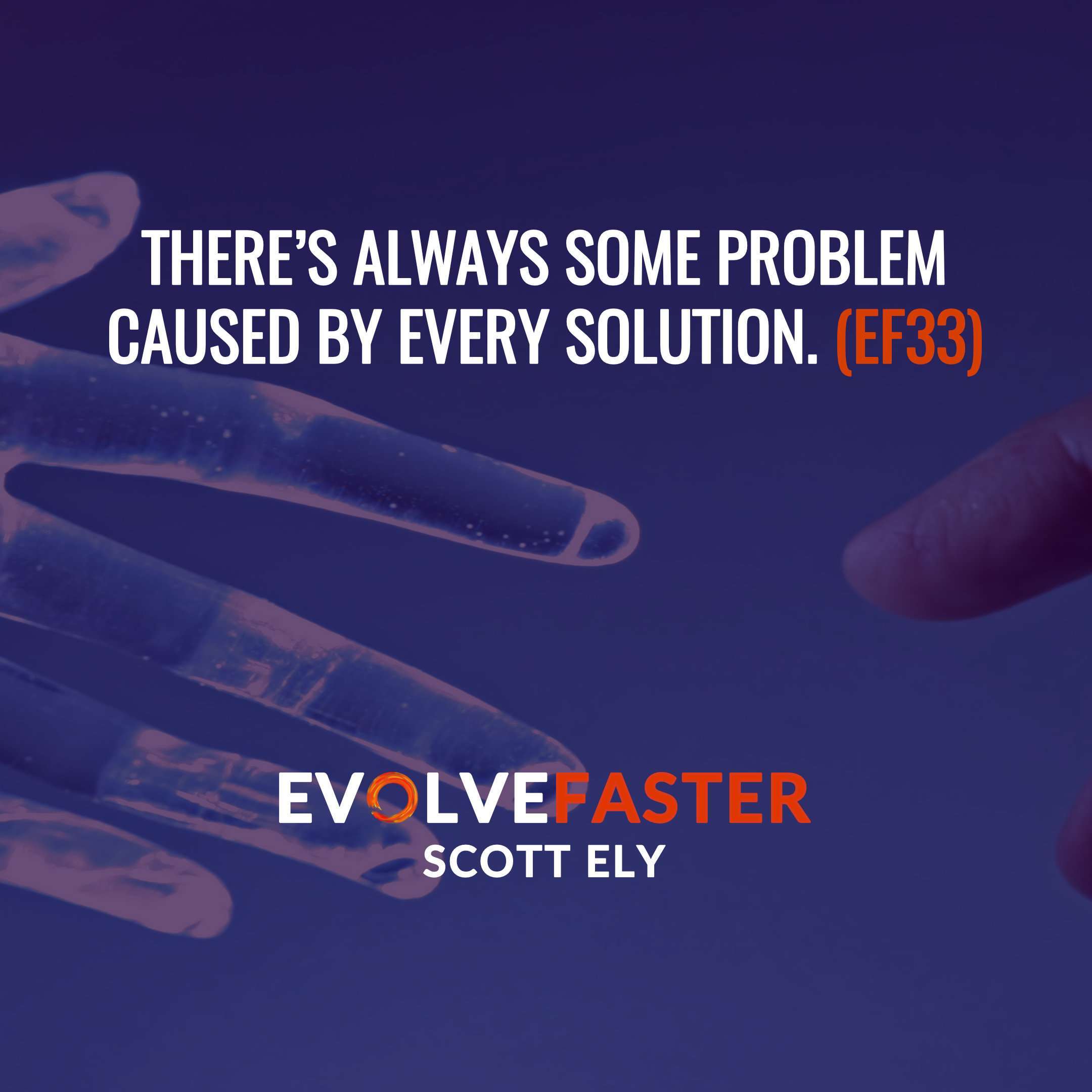 There’s always a problem caused by every solution. 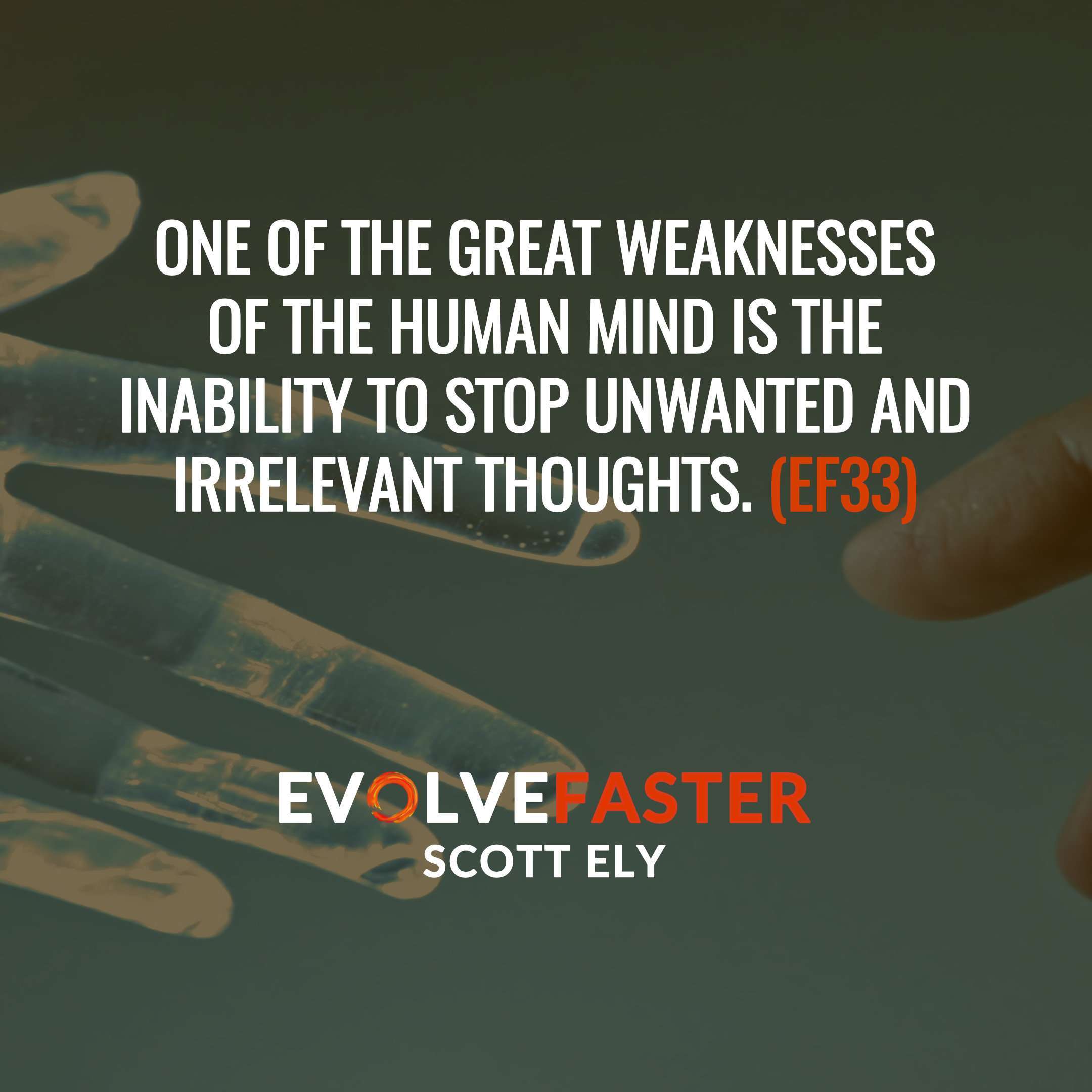 One of the great weaknesses of the human mind is the inability to stop unwanted and irrelevant thoughts. 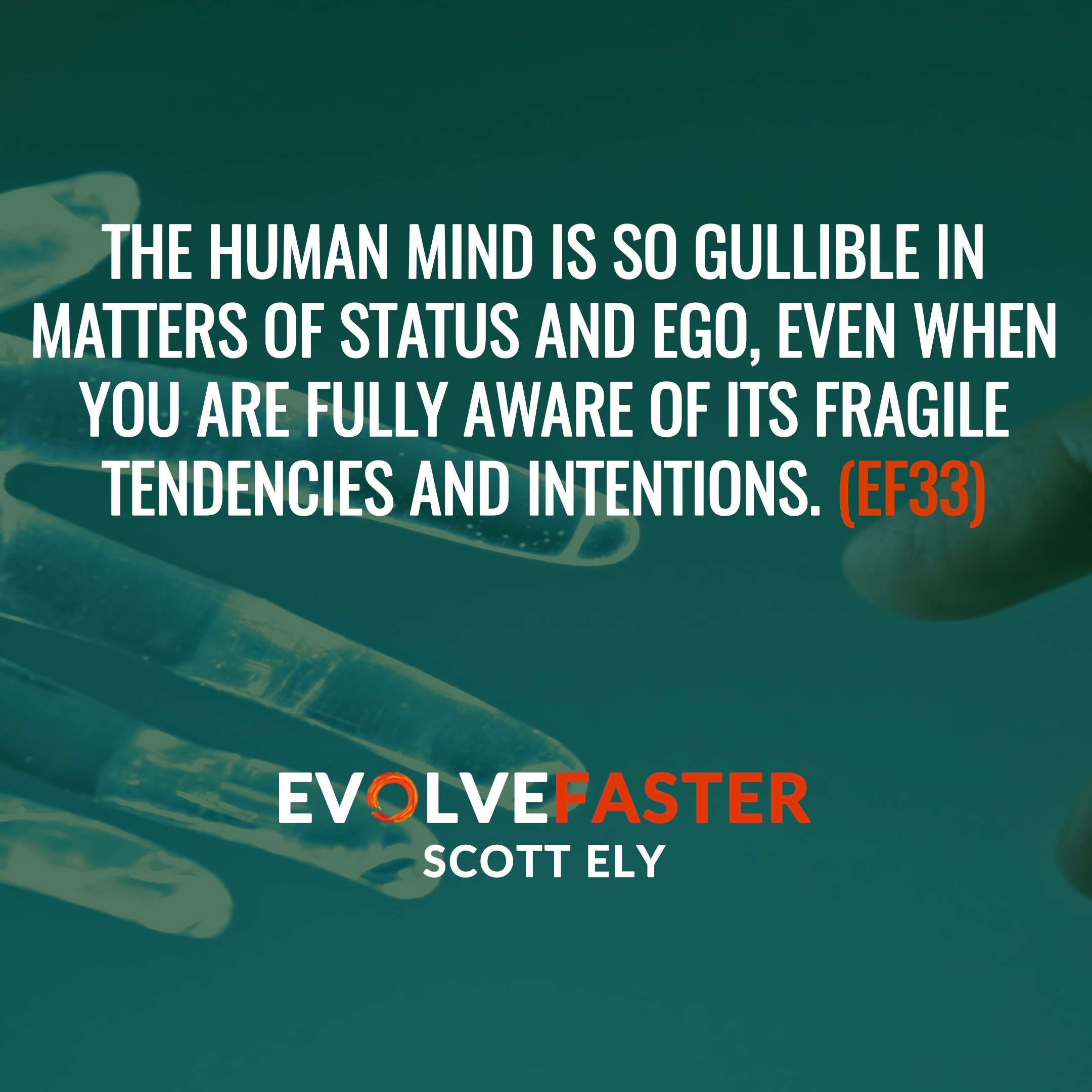 The human mind is so gullible in matters of status and ego, even when you are fully aware of its fragile tendencies and intentions. 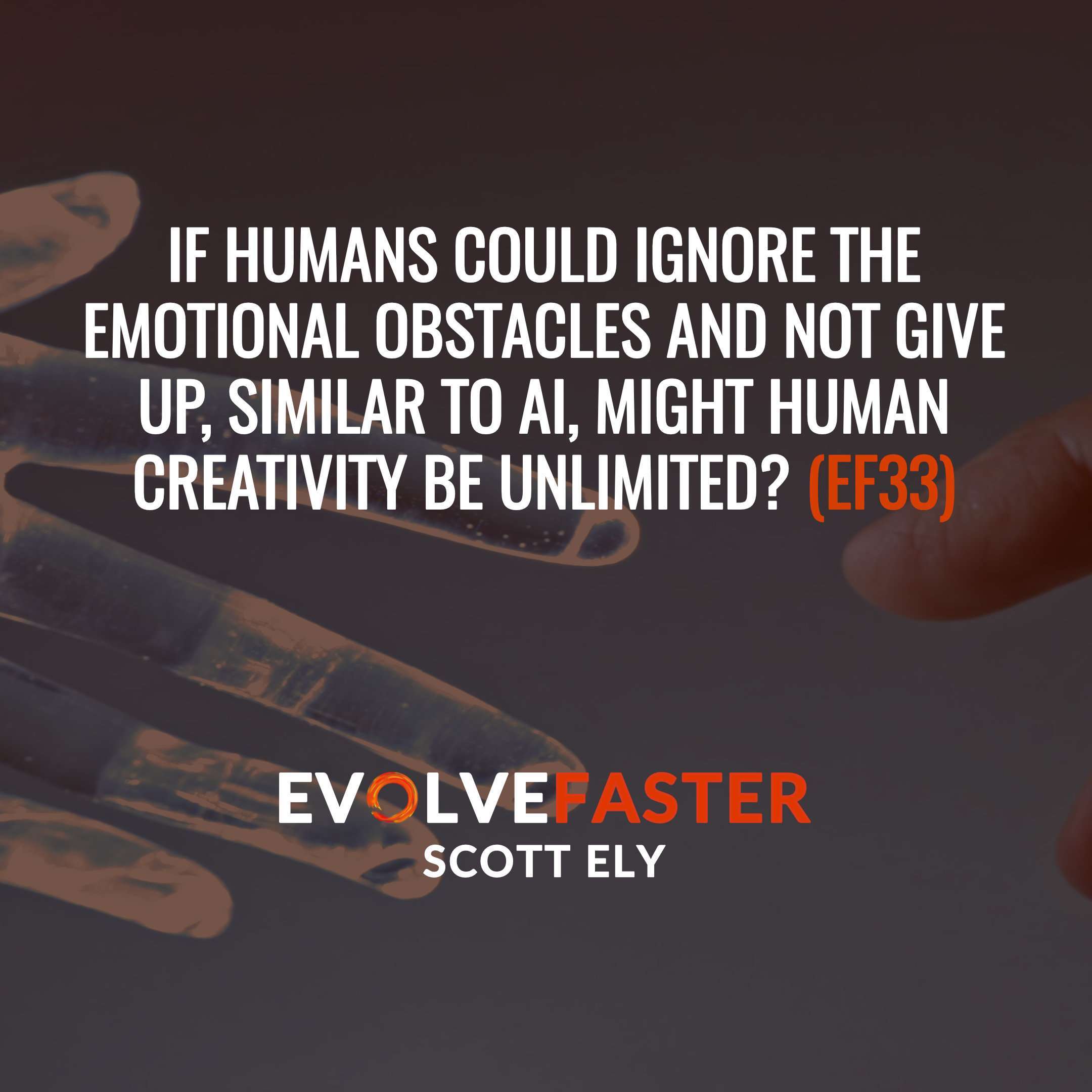 If humans could ignore the emotional obstacles and not give up similar to AI, could human creativity be unlimited?