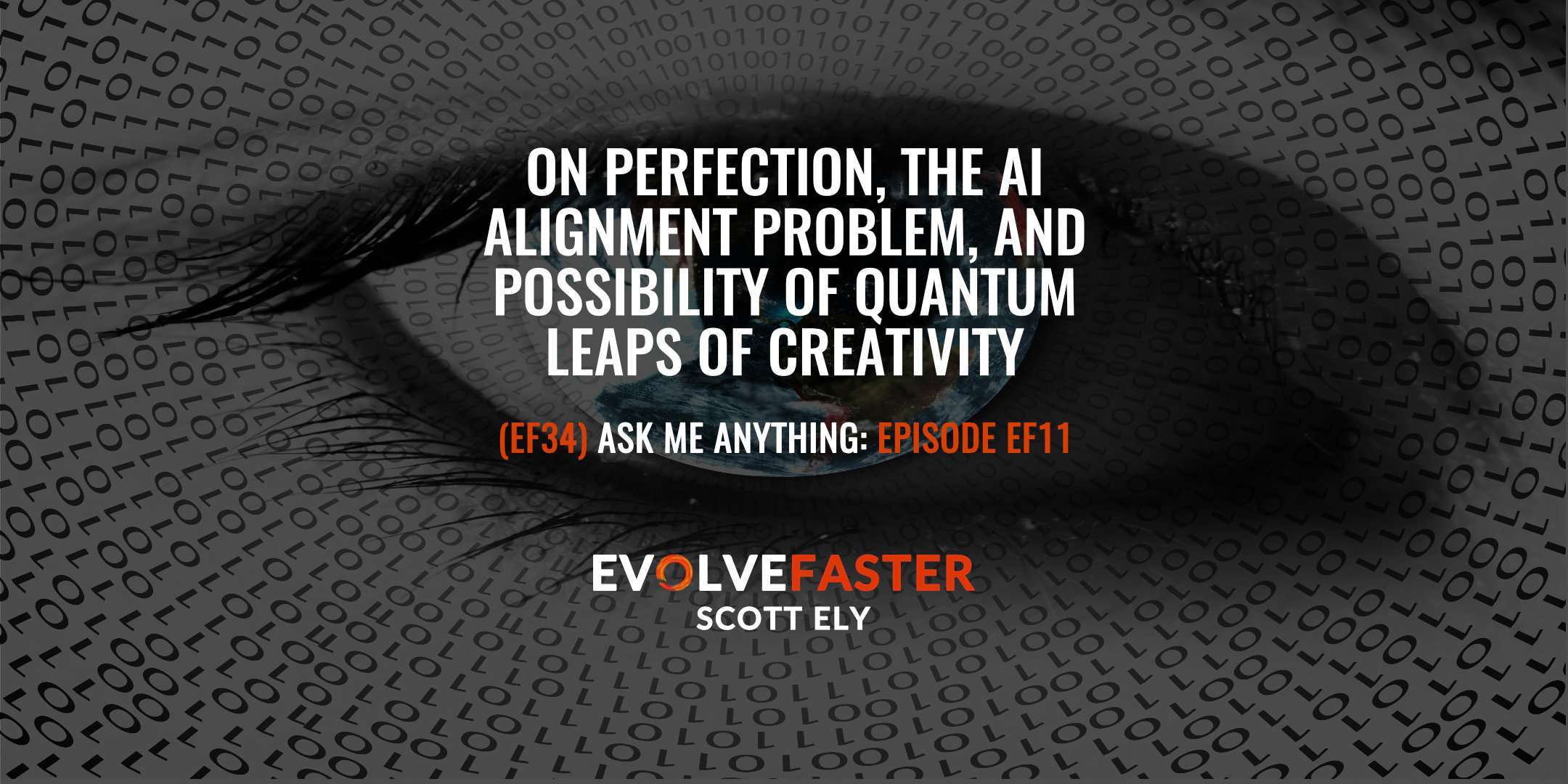 Looking to play or download the episode? Click here… EF34 (AMA-EF11): On Perfection, the AI Alignment Problem and Possibility of Quantum Leaps of Creativity Ask Me Anything for Episode EF11

Spoiler alert: You’re about to listen to an Ask Me Anything  (AMA) of Episode EF11, which was Season 1, Episode 9 of the Evolve Faster Podcast titled When the Lights Go Out: The Blinding Light of an Artificial Future.  The driving question of this episode (and this AMA) for you to think through is … Can machines think, be creative or fall in love? It’s a fascinating question that actually has surprisingly little research or philosophical investigation.

As a reminder about Episode EF11: Aldford Herbert, a famous science fiction writer, is on the brink of finishing his latest novel about a realistic, dark future of artificial intelligence. A stroke of luck provides him with an opportunity to talk to Cynthia Butler, the mastermind behind the world’s most bleeding edge AI company. Aldford sees this as the perfect opportunity to secretly learn how precise his fictional predictions might be. What he doesn’t know is that Cynthia might just have a mysterious, and even more insidious agenda than his own.

The ninth episode of the first season of the Evolve Faster Podcast Episode is driven by the big question Can machines think, be creative or fall in love? Although they still don’t think or love as humans do, AI is learning how to be creative while humanity is stuck in the same point for almost a millennia.

To peek behind the curtain of Episode EF11, we’ll dissect the following submitted questions: 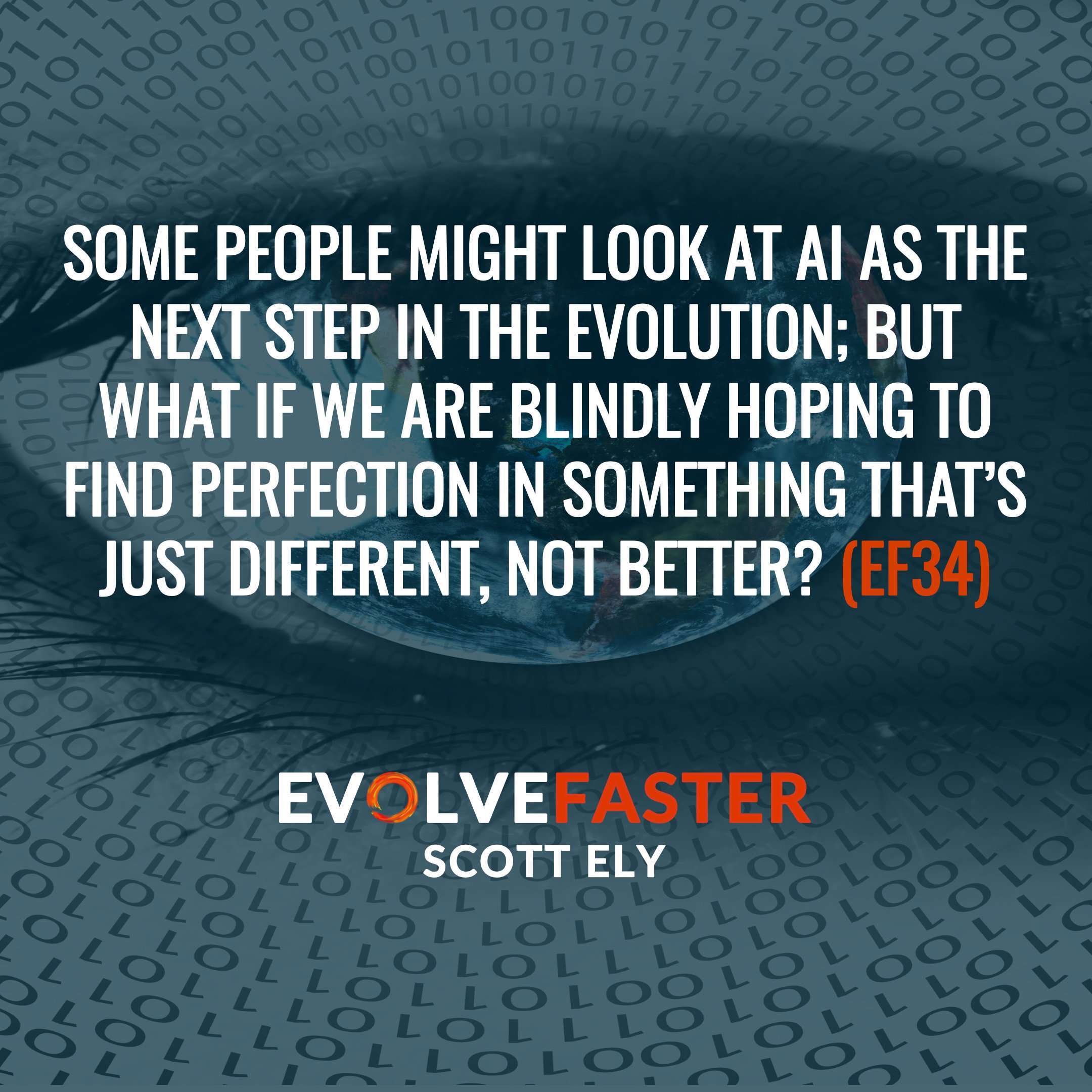 Some people might look at AI as the next step in the evolution; but what if we are blindly hoping to find perfection in something that’s just different, not better? 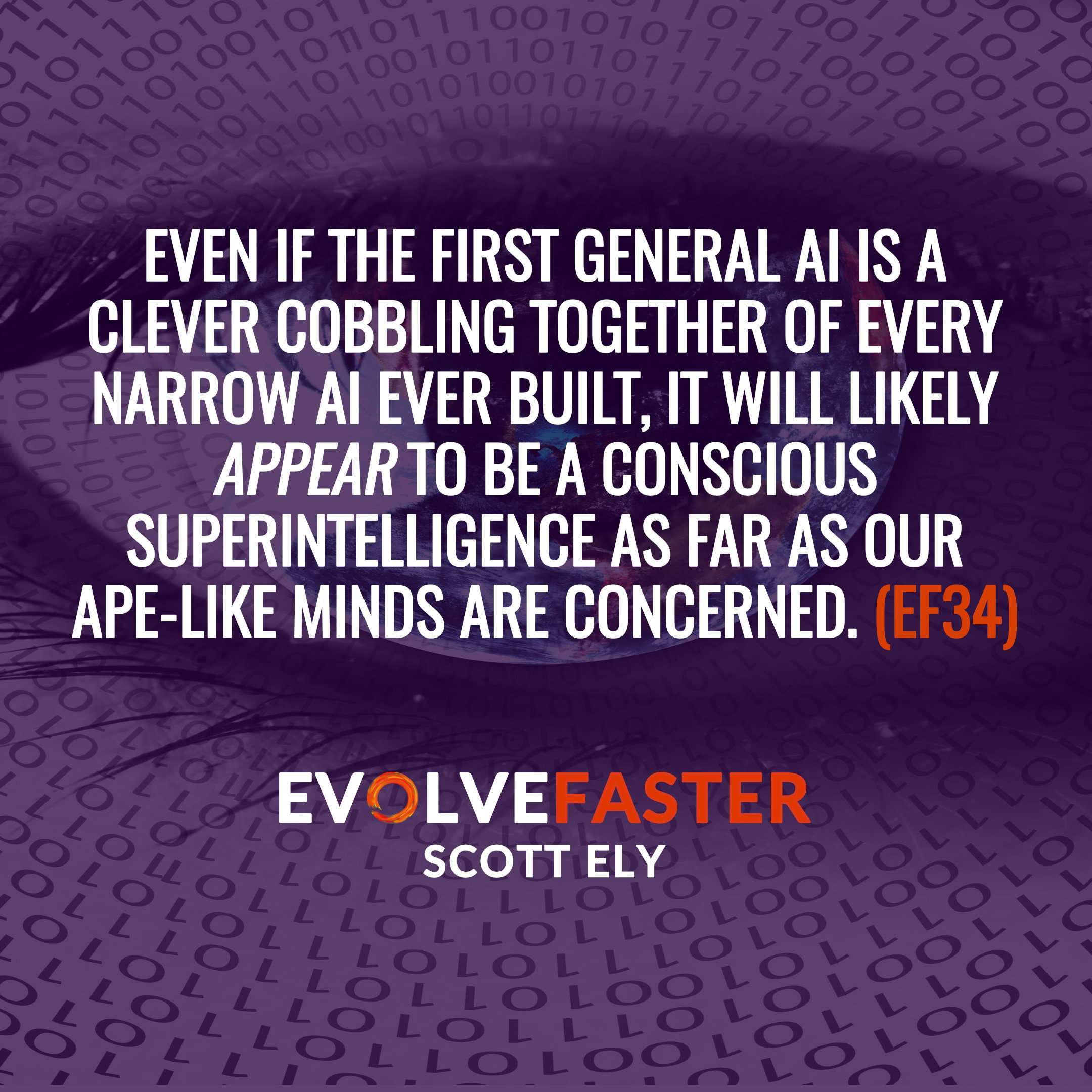 Even if the first general AI is a clever cobbling of every narrow AI ever built, it will likely appear to be a conscious superintelligence as far as our ape-like minds are concerned. 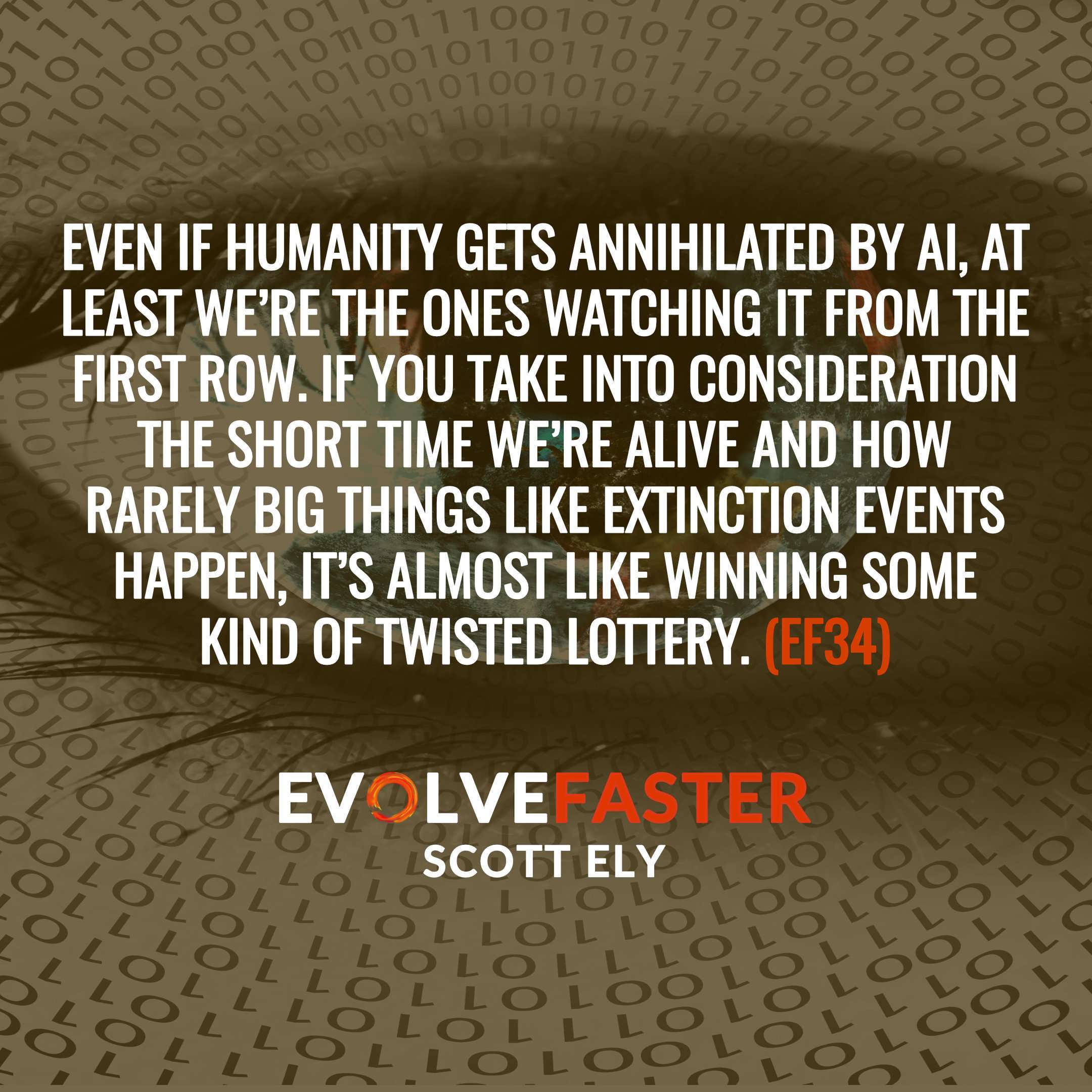 Even if humanity gets annihilated by AI, at least we’re the ones watching it from the first row. If you take into consideration the short time we’re alive and how rarely revolutionary events happen, it’s almost like winning some kind of twisted lottery. 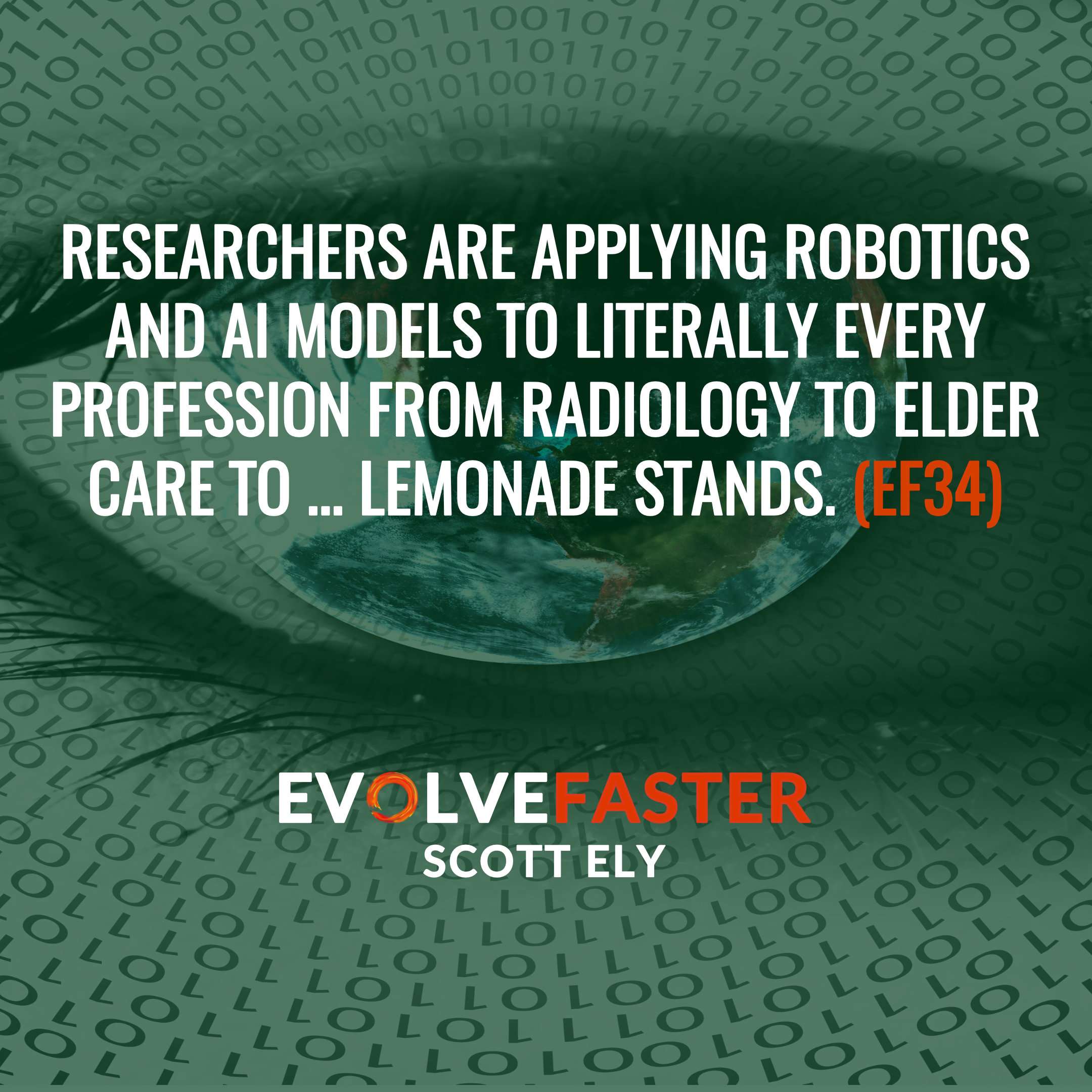 Researchers are applying robotics and AI models to literally every profession from radiology to elder care to lemonade stands. 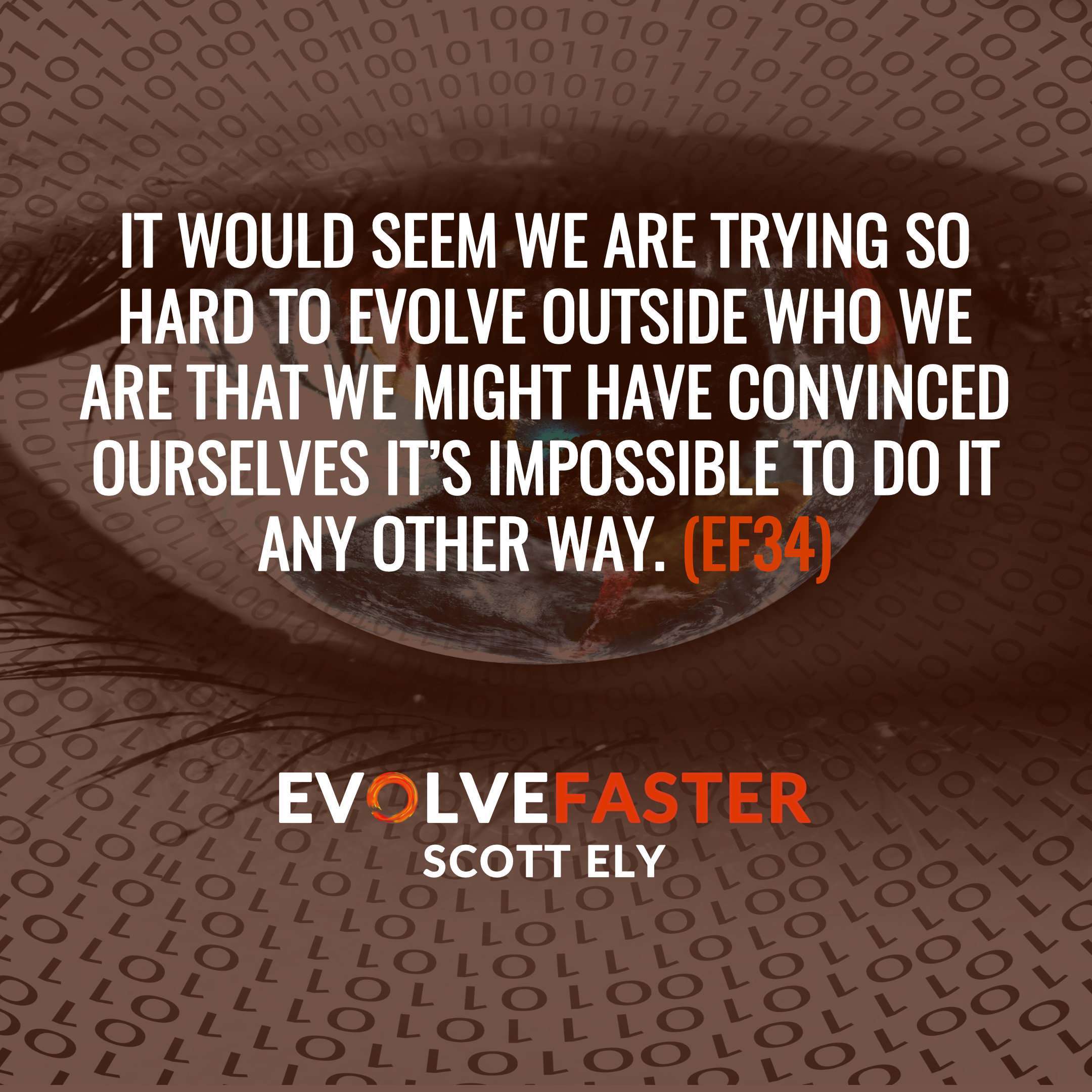 It would seem we are trying so hard to evolve outside who we are that we might have convinced ourselves it’s impossible to do it any other way.