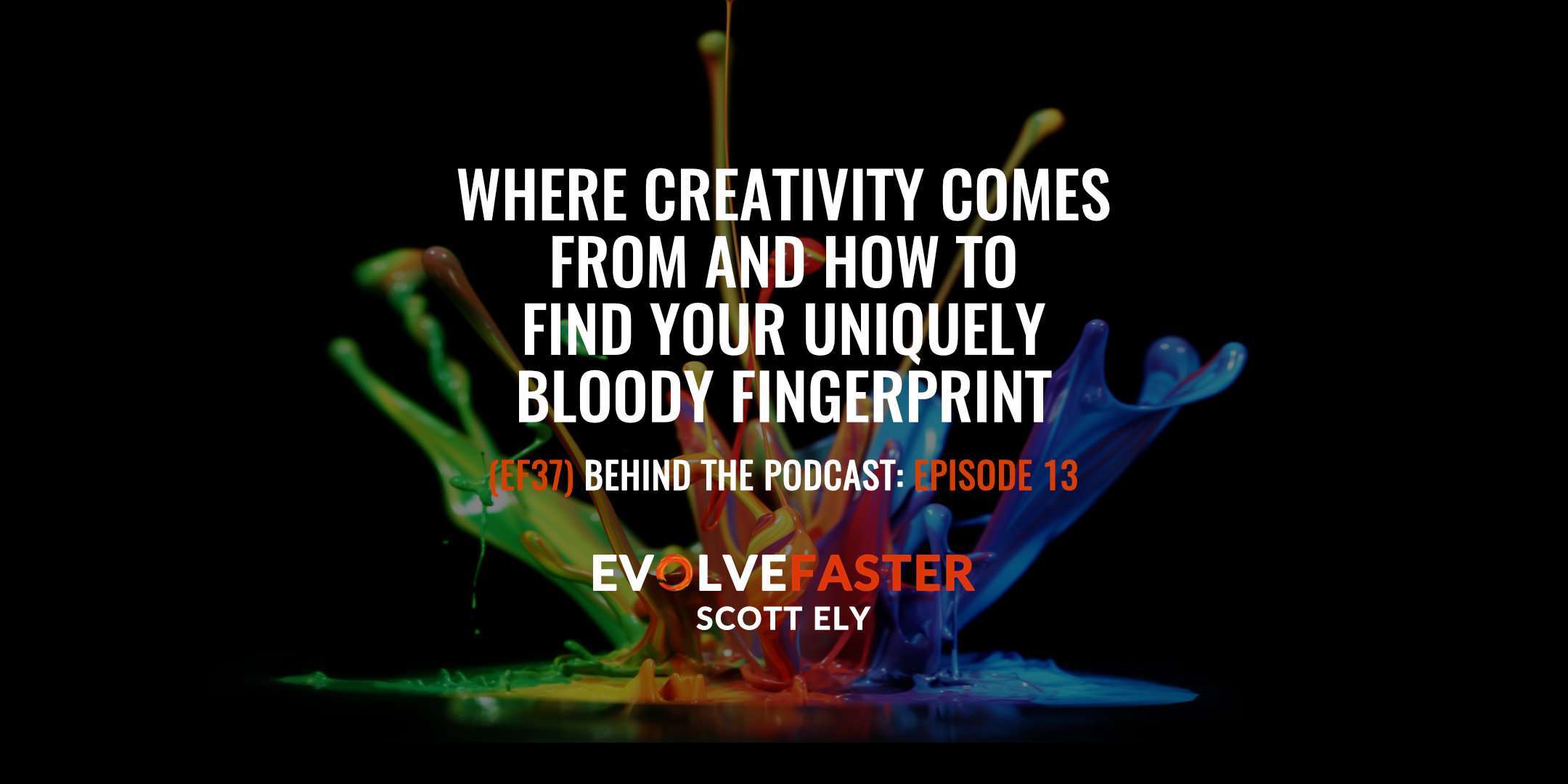 Looking to play or download the episode? Click here… EF37 (BTP-EF13): Where Creativity Comes From and How to Find Your Uniquely Bloody Fingerprint — Behind the Podcast of Episode EF13

Spoiler alert: You’re about to listen to a Behind The Podcast  (BTP) of Episode EF13, which was Season 1, Episode 11 of the Evolve Faster Podcast titled The Bloody Fingerprint of Creativity.  The driving question of this episode (and this BTP) for you to think through is … Where does creativity come from?! It’s a fascinating question that actually has surprisingly little research or philosophical investigation.

The eleventh episode of the first season of the Evolve Faster Podcast Episode is driven by the big question Where does creativity come from?!  It’s impossible to understand if creativity is born as soon as we are or is creativity a quest we need to work to achieve. Or maybe, it’s both?

DEDICATION: Episode EF13 is dedicated to Paul McCartney. As a founding member of the Beatles, he needs no introduction for most. EF13 is an episode exploring the depths and sources of creativity. Thus, you might assume that the Lennon/McCartney songwriting powerhouse should be enough to justify the dedication. Their career of hard work mixed with seemingly endless creativity resulted in unforgetful pieces of art.

Starting in the Beatles and later moving on with his solo work with Wings, he has continuously created new structures of songs and consistently redefined rock and roll. Either as a Beatles or Wings fan, you might not always like all of what McCartney creates. But it’s hard to deny the talent that’s a result of constant hard work and evolution as an artist.

For fans of the Evolve Faster podcast, you might guess there’s also a more prominent connection causing the episode to be dedicated to McCartney. I’ll give only one hint … there might be a link between the creative alchemy behind one of his most famous songs and the hidden drive of the lead character of Episode EF13.

INSPIRATIONS: William James, a psychologist who made the uncanny connection between a drug, religious and creative experience. Gene Fowler, a famous writer who made us realize all you need to create great work is a couple of drops of blood on the paper. Carl Jung, a psychologist who believed the creative resources are in our subconscious- we just have to dig it up. Steven Pressfield, a writer who put all our creative struggles in a single book in hopes of making it easier. Episode EF13 was further inspired by Antoine de Saint-Exupéry, Immanuel Kant, James Baldwin, Mark Twain, Kimberley A. Wade, Maryanne Garry, J. Don Read, Stephen Lindsay, Xiaoqing Gao For a full list of data and references, please see the Episode EF13 Show Notes. 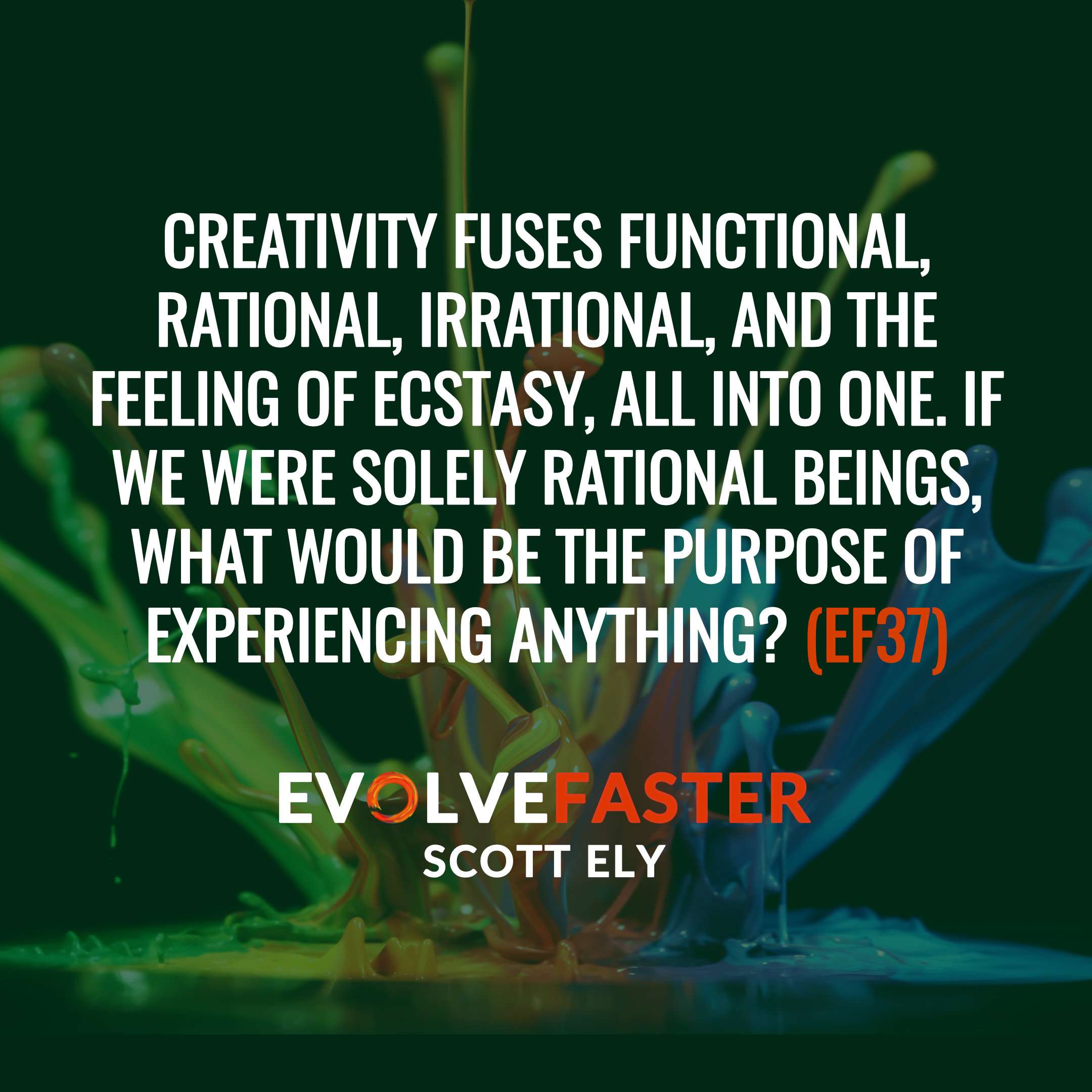 Creativity fuses functional, rational, irrational and the feeling of ecstasy, all into one. If we were solely rational beings, what would be the purpose of experiencing anything? 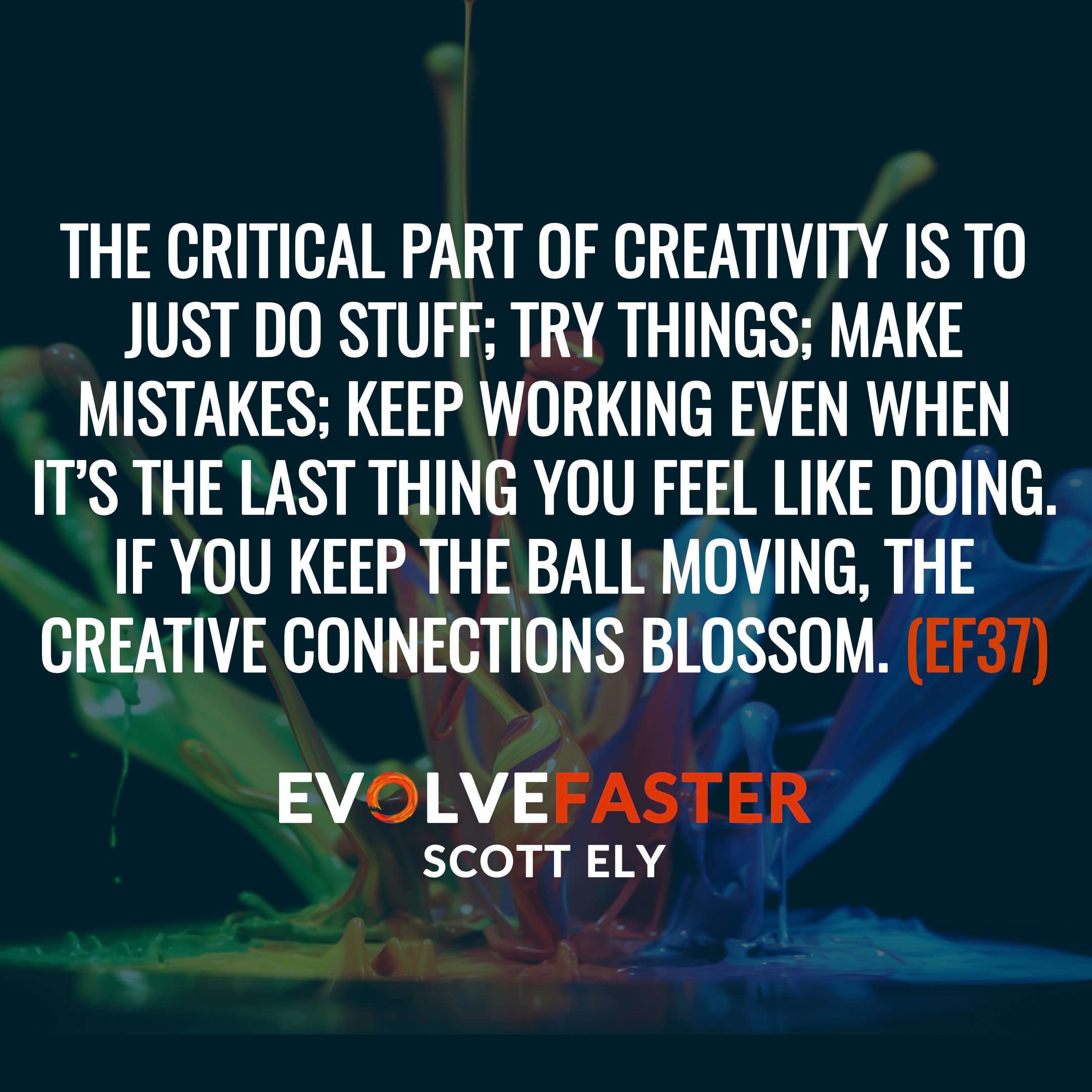 The critical part of creativity is to just do stuff; try things; make mistakes; keep working even when it’s the last thing you feel like doing. If you keep the ball moving, the creative connections blossom. 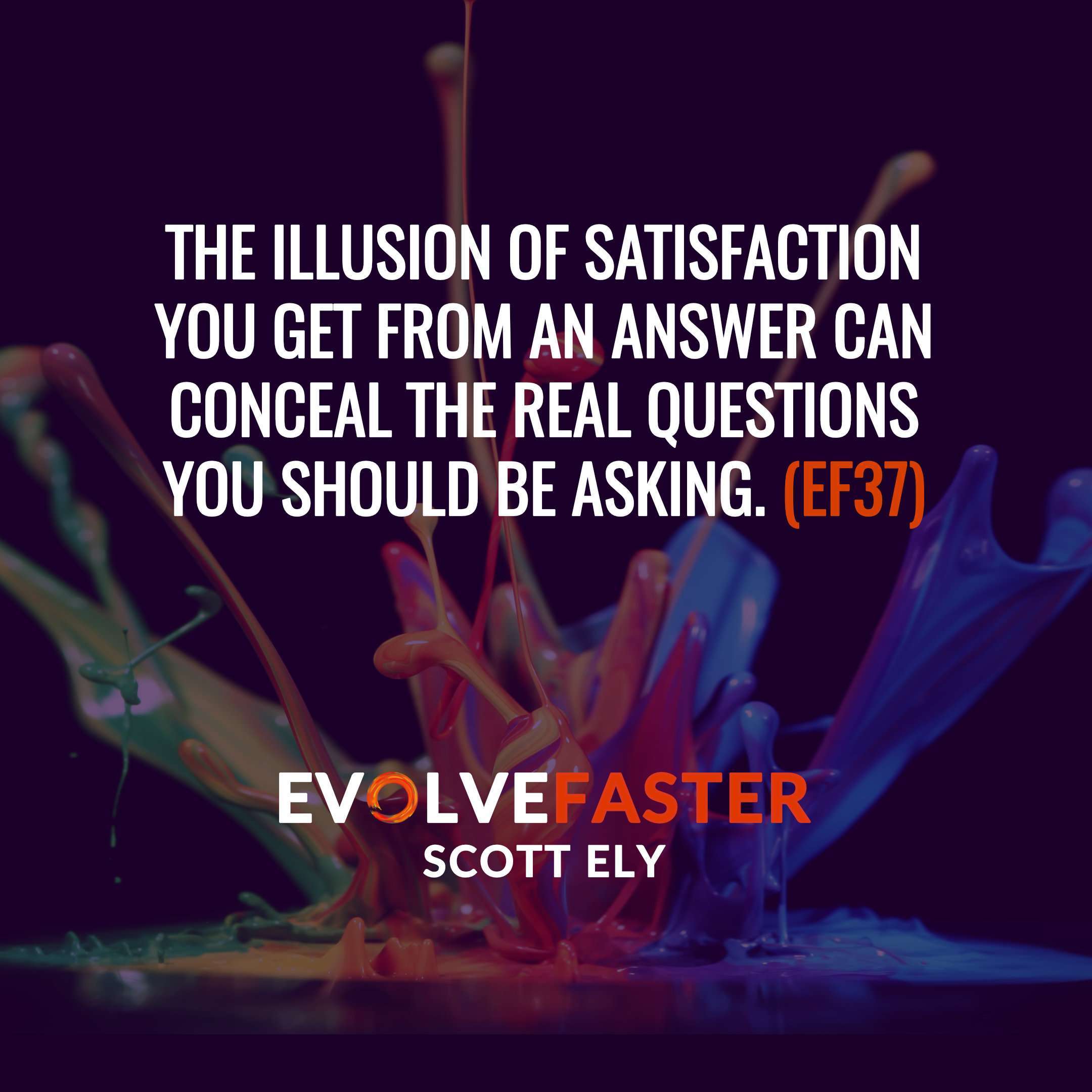 The illusion of satisfaction you get from an answer can conceal the real questions you should be asking. 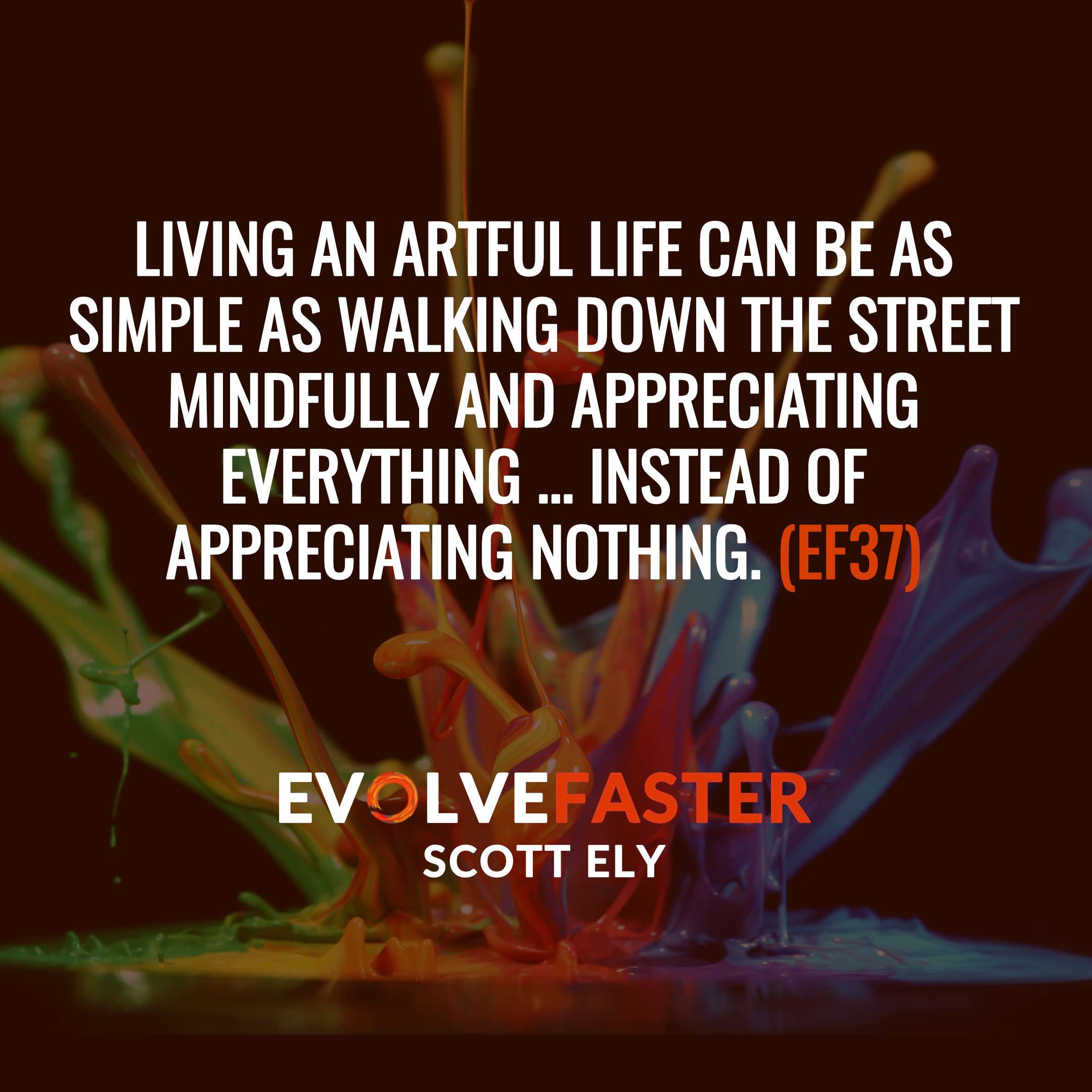 Living an artful life can be as simple as walking down the street mindfully and appreciating everything… instead of appreciating nothing. 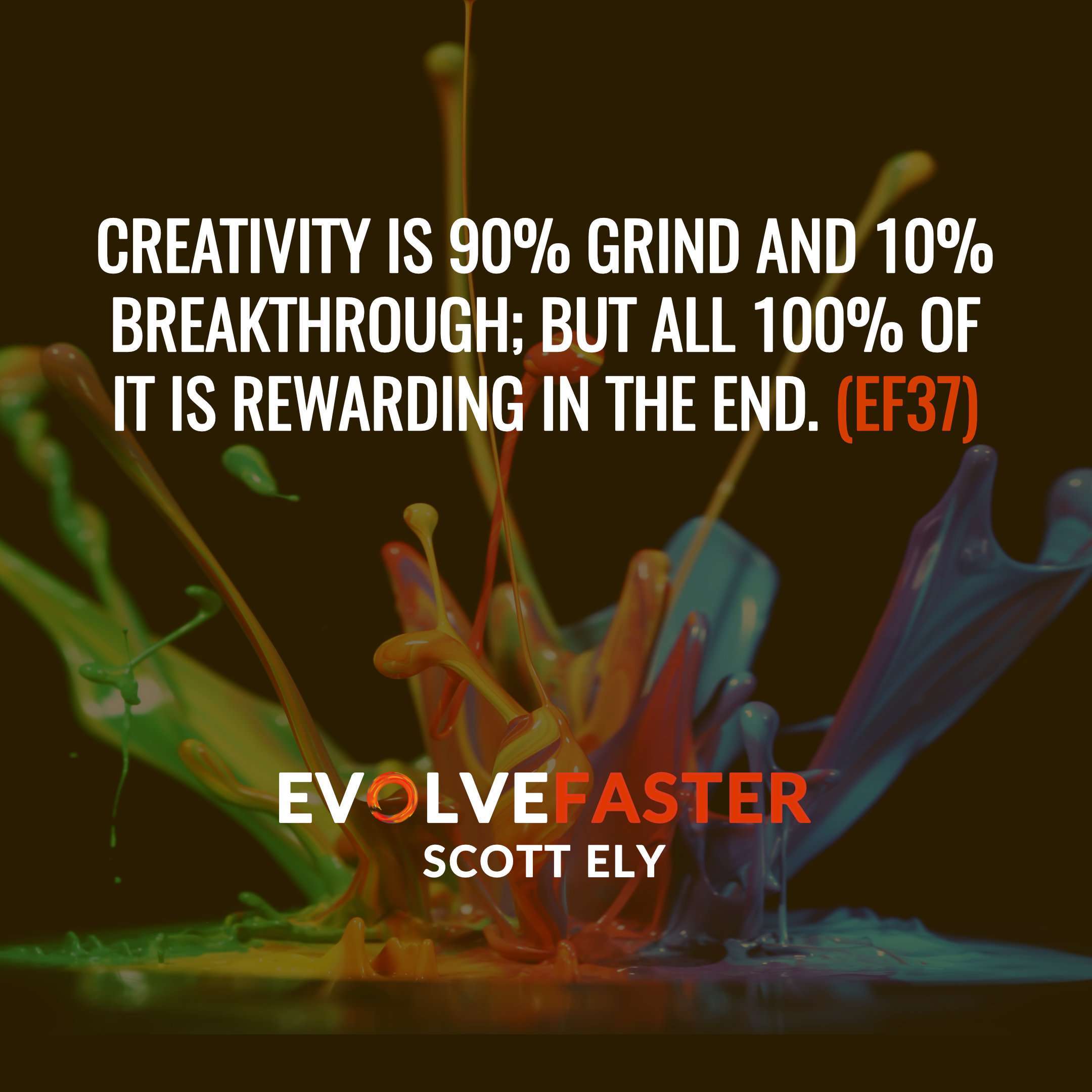