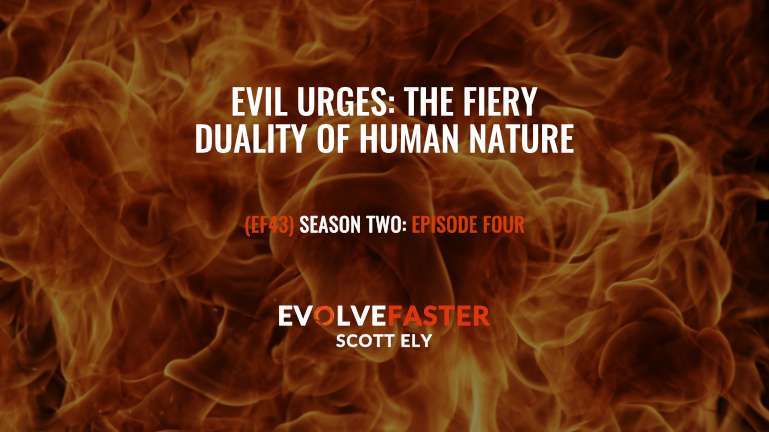 DEDICATION: Episode EF43 is dedicated to Jack Kevorkian, a doctor who was prominent promoter and purveyor of legalizing euthanasia. For most people, his career path made him the embodiment of pure evil; to them he was more of a murderer than a doctor, earning him the nickname Doctor Death. Criticism of Kevorkian’s work usually relates to the thoroughness and inconsistency of the needed physical and psychological patient prep work. Reportedly, some of the patients died inside 24 hours of meeting the him.

Although his license to practice medicine was revoked and legally challenged four times from 1994 to 1997, he was never sued by the families of the deceased. On the contrary, many of them described Kevorkian’s actions as humane and his services critically valuable. This begs the question: how much does the impression and evaluation of evil depend on perspective and intent?

So was Jack Kevorkian evil or good? Or is it possible this is a question without an answer?

Michael Fleming, a crestfallen journalist, interviews an infamous euthanasia doctor named Dr. Theodor Payne. Initially, Michael’s goal appears to be proving that Payne’s deeds are pure evil, with the implication that he should be prosecuted for performing over 1,000 assisted deaths. But as the two men collide, the line between good and evil becomes blurry, and hidden agendas become clear. Will the nature of evil be revealed?

We’d like to think it should be easy to identify who, or what, is evil. Occasionaly, the distincion is simple; if you commit a violent act of murder without cause and have ill intent, you’re evil. But as we move away from obvious malicious acts, and multiple nuanced perspectives are revealed, it becomes increasingly difficult to characterize such things either pure evil or true good. Friedrich Nietzsche theorized that good and evil aren’t separate entities, but different actions driven by the same needs and impulses. How do we rationally act and override our snap judgements in order to give proper attention to decide what is, or isn’t, actually evil? 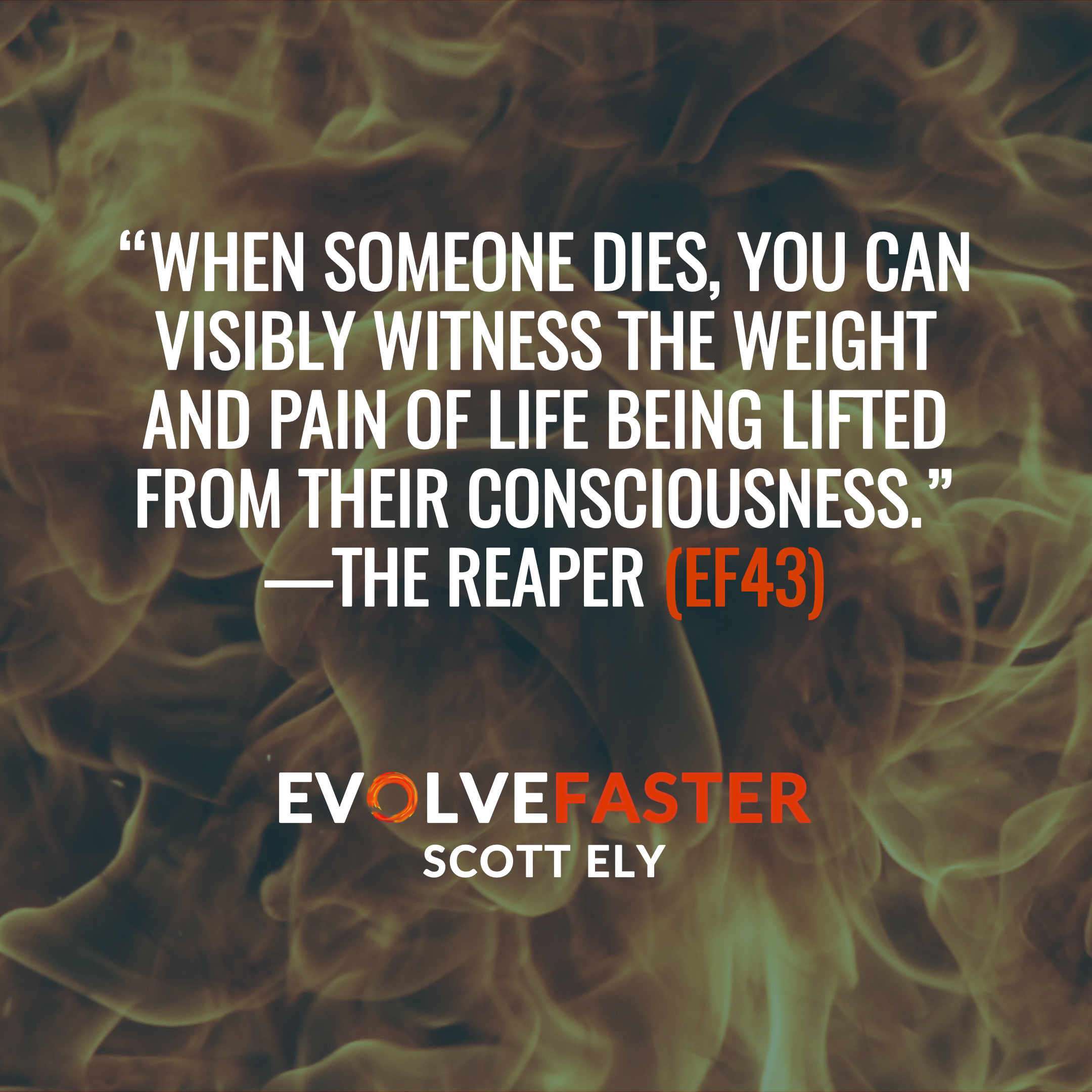 “When someone dies, you can visibly witness the weight and pain of life being lifted from their consciousness.” —The Reaper 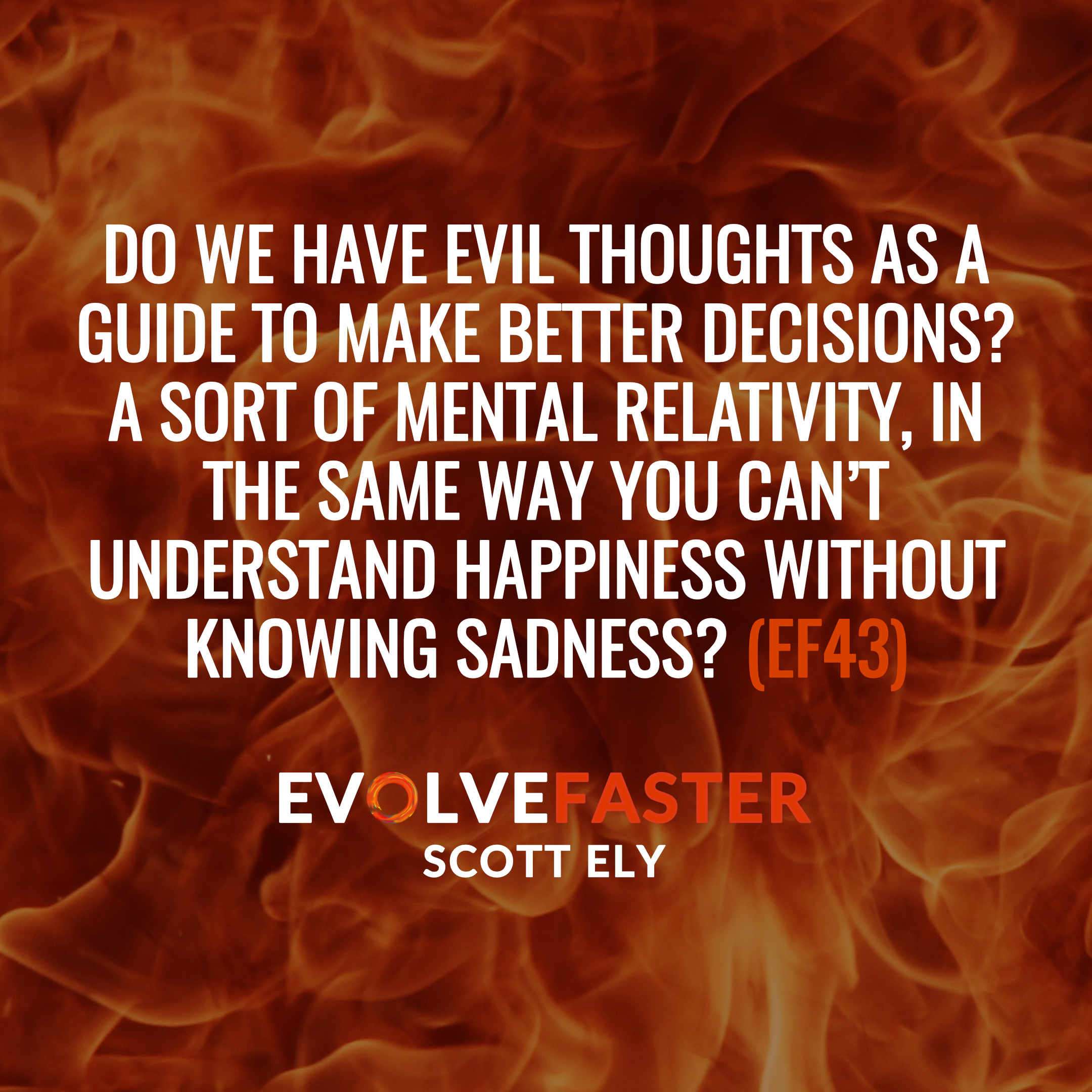 Do we have evil thoughts as a guide to make better decisions? A sort of mental relativity, in the same way you can’t understand happiness without knowing sadness? 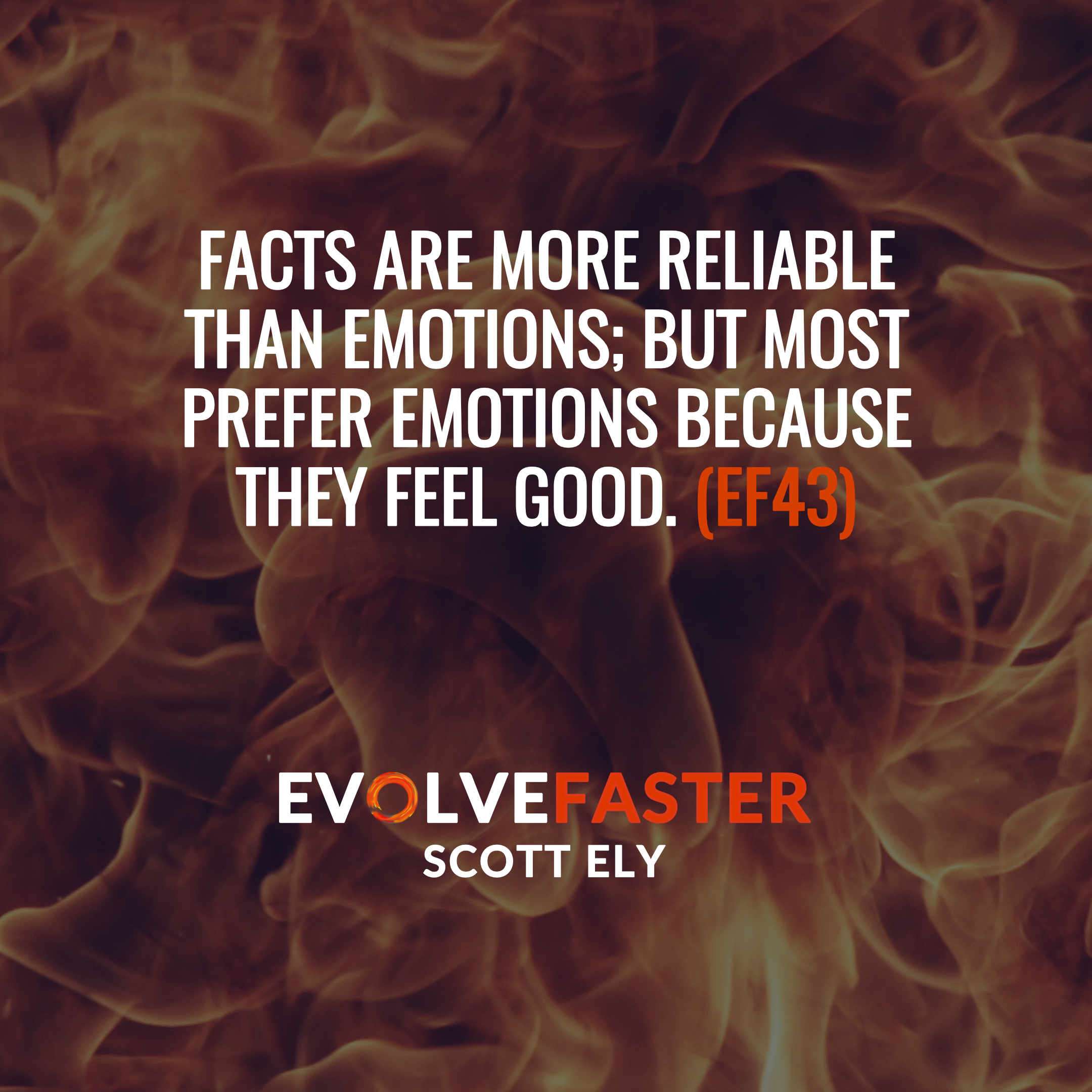 Facts are more reliable than emotions, but most prefer emotions because they don’t feel accountable. 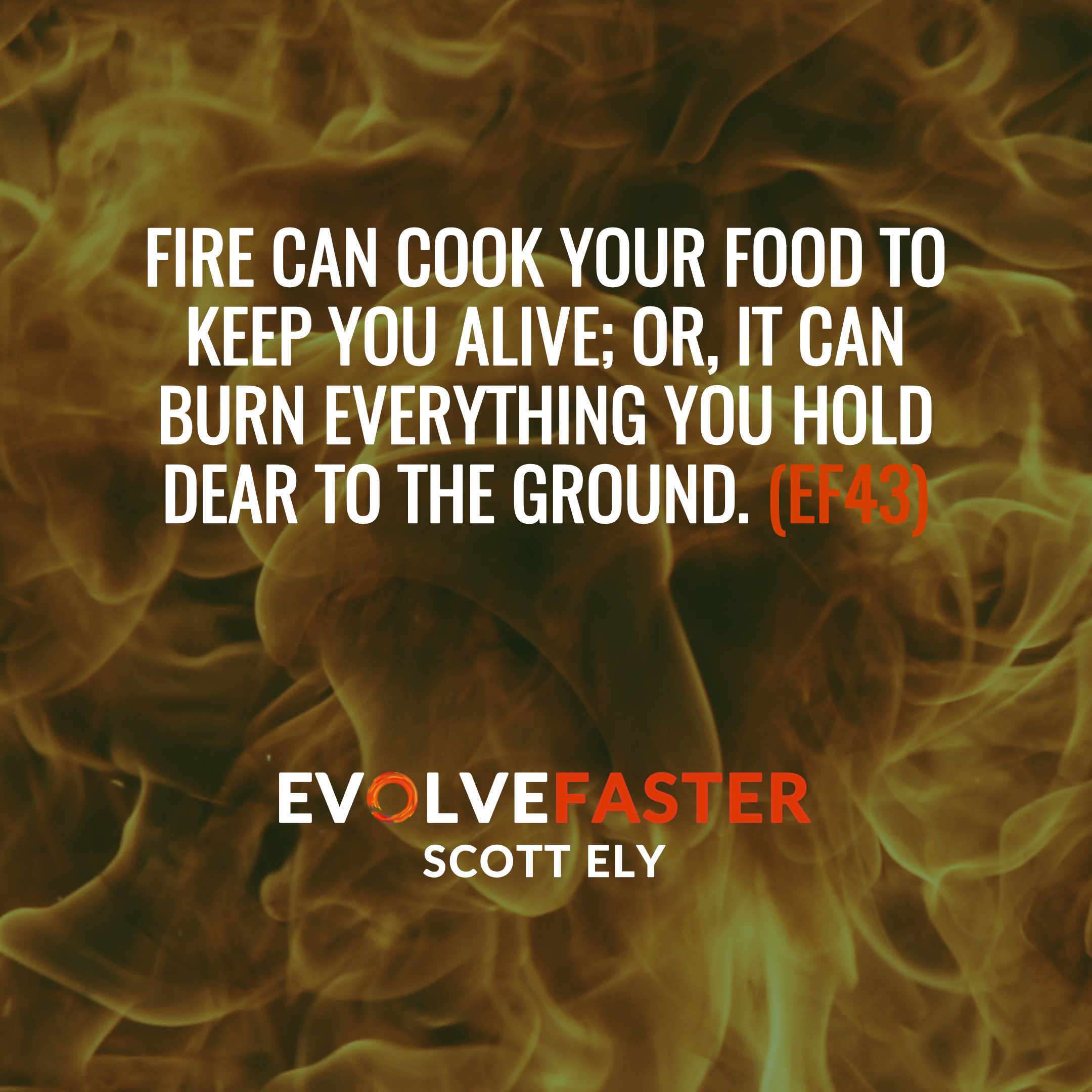 Fire can cook your food to keep you alive; or, it can burn everything you hold dear to the ground. 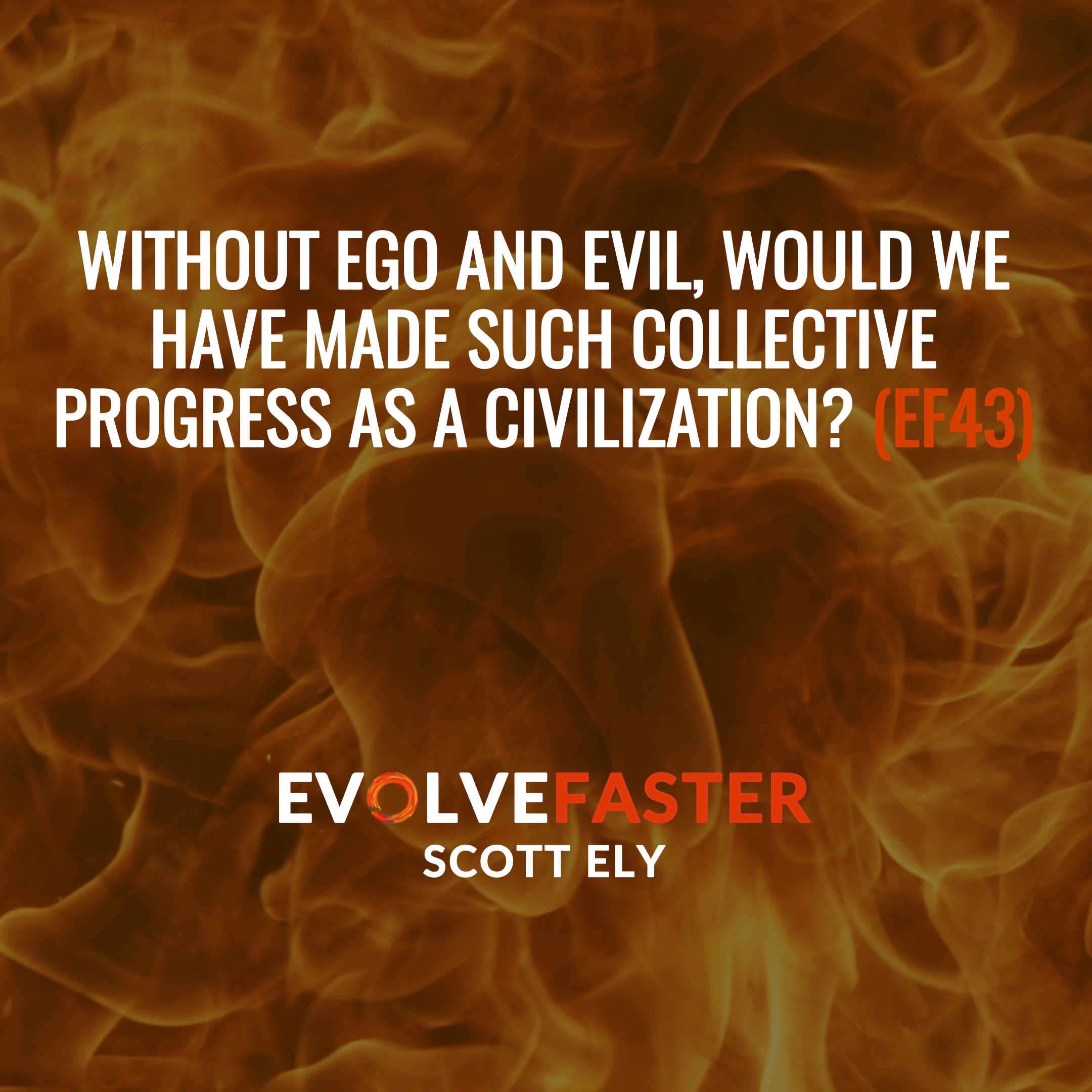 Without ego and evil, would we have made such collective progress as a civilization? 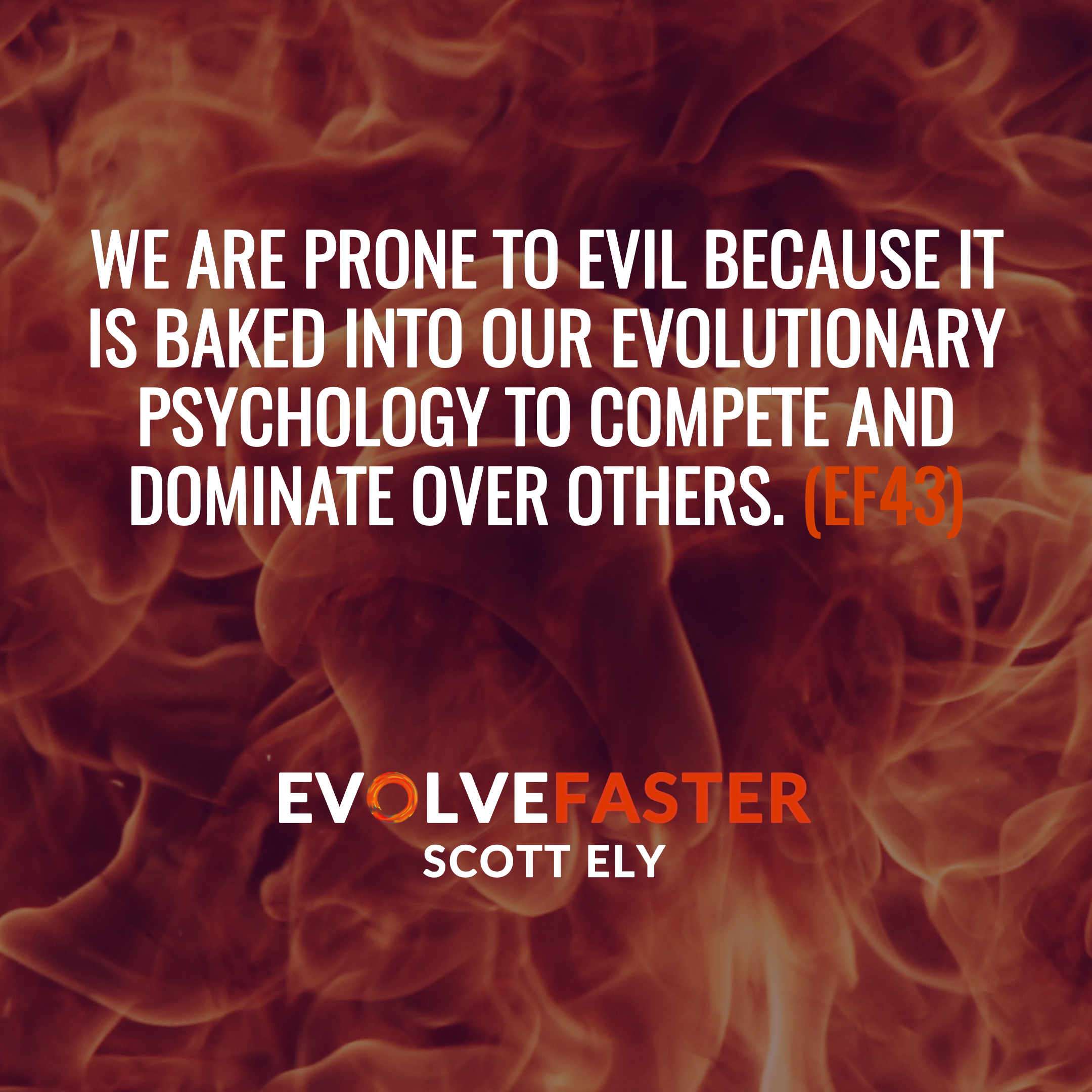 We are prone to evil because it is baked into our evolutionary psychology to compete and dominate over others. 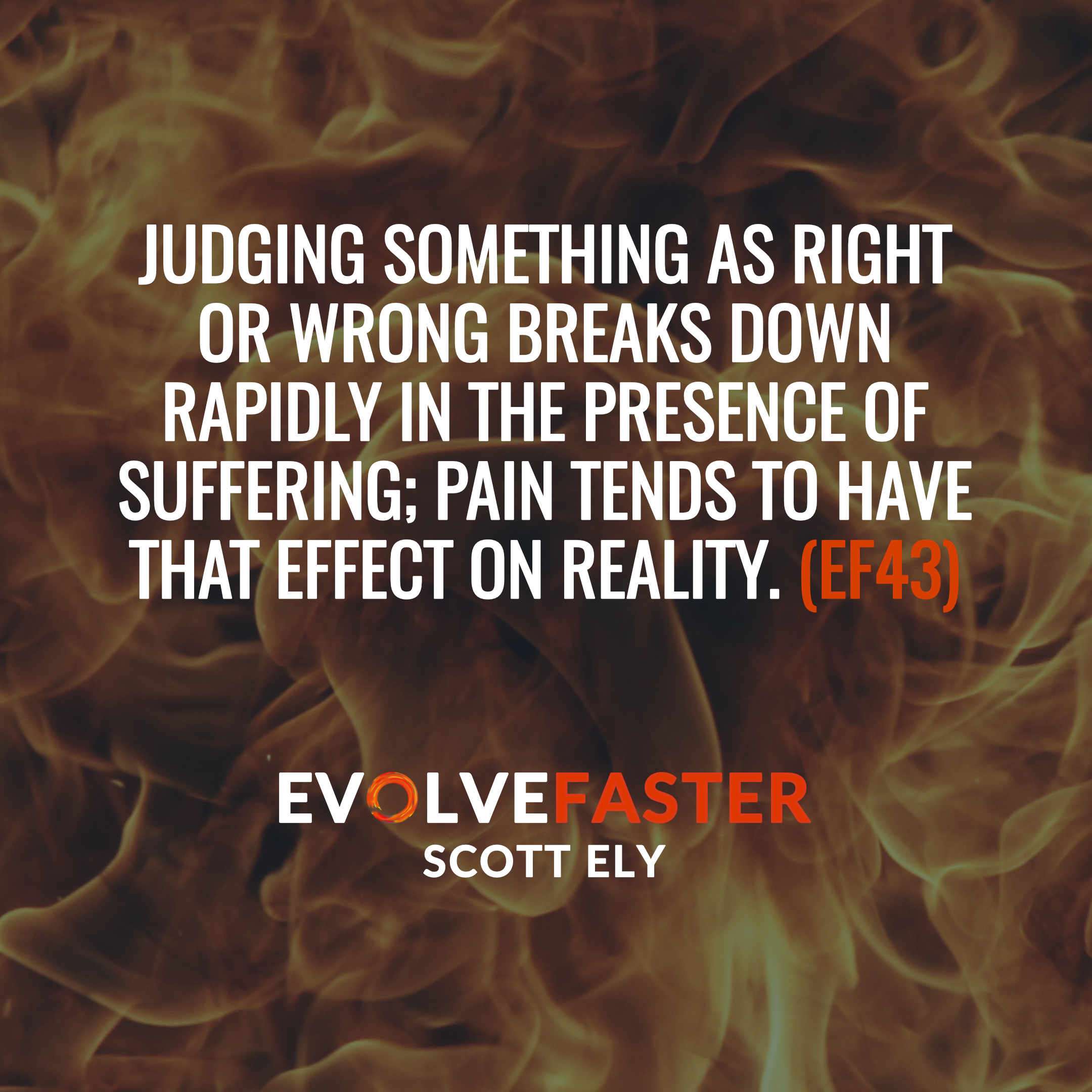 Judging something as right or wrong breaks down rapidly in the presence of suffering; pain tends to have that effect on reality. 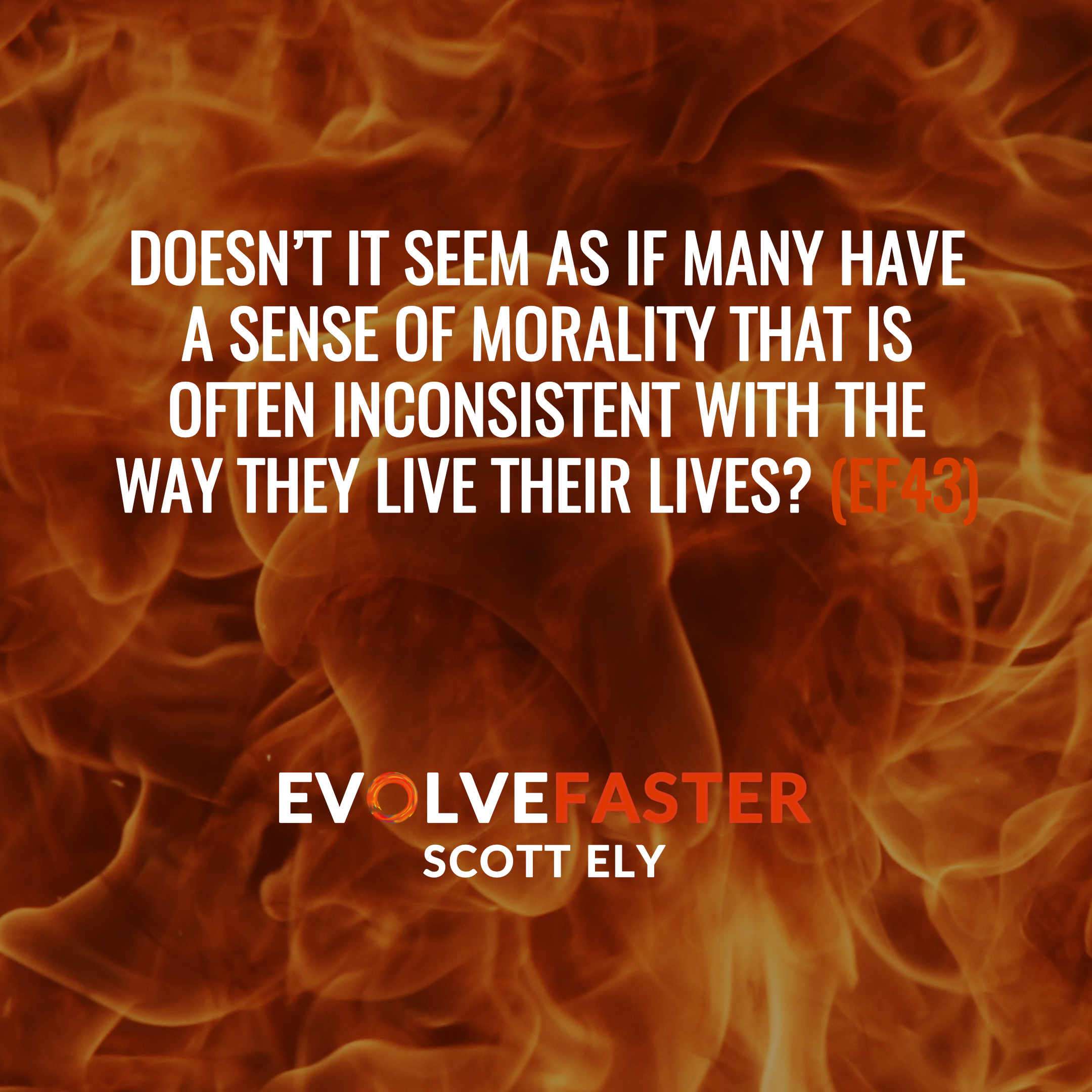 Doesn’t it seem as if many have a sense of morality that is often inconsistent with the way they live their lives? 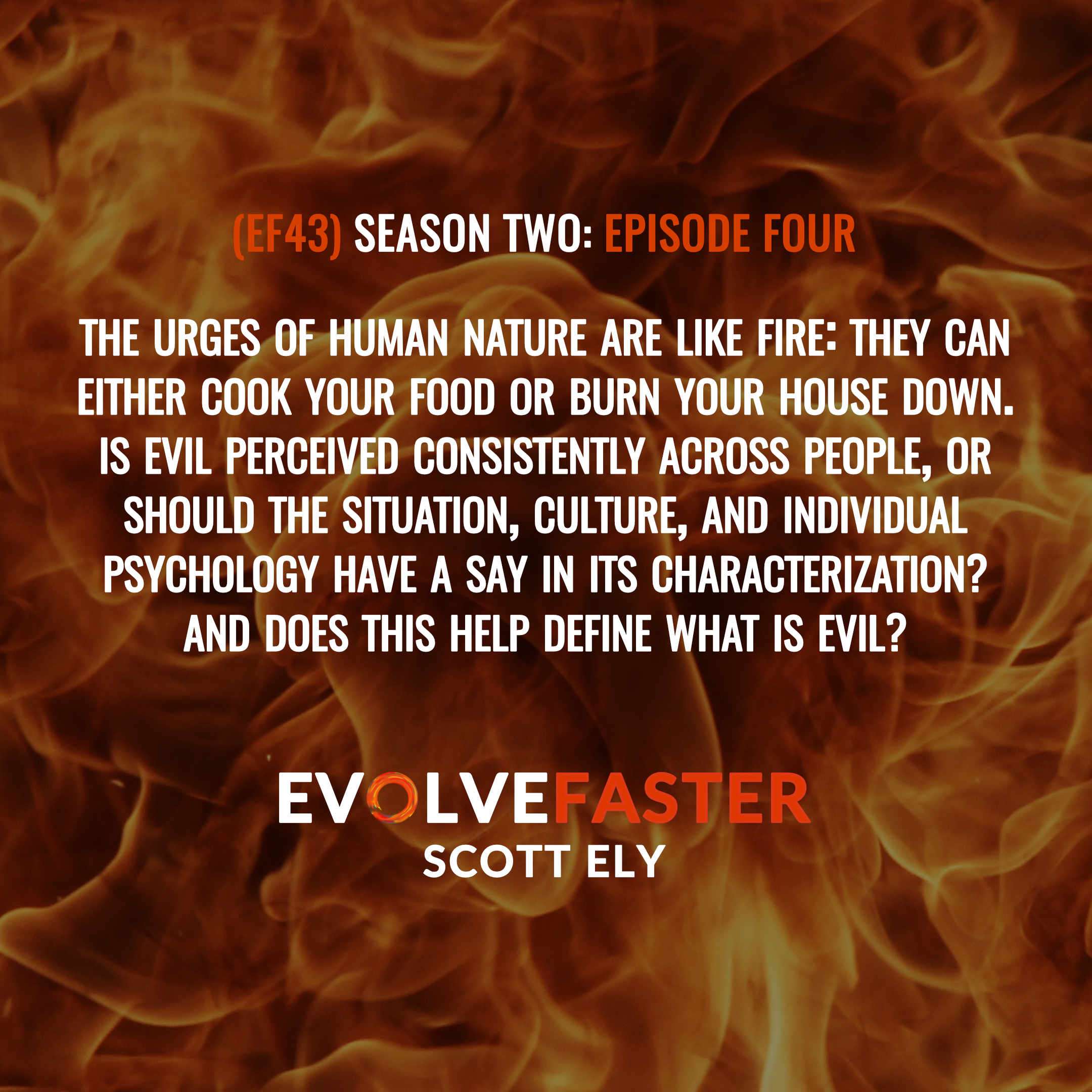 Season Two, Episode Four: The urges of human nature are like fire: they can cook your food or burn your house down. Is evil perceived consistently across people, or should the situation, culture, and individual psychology have a say in its characterization? And does this help define what is evil? 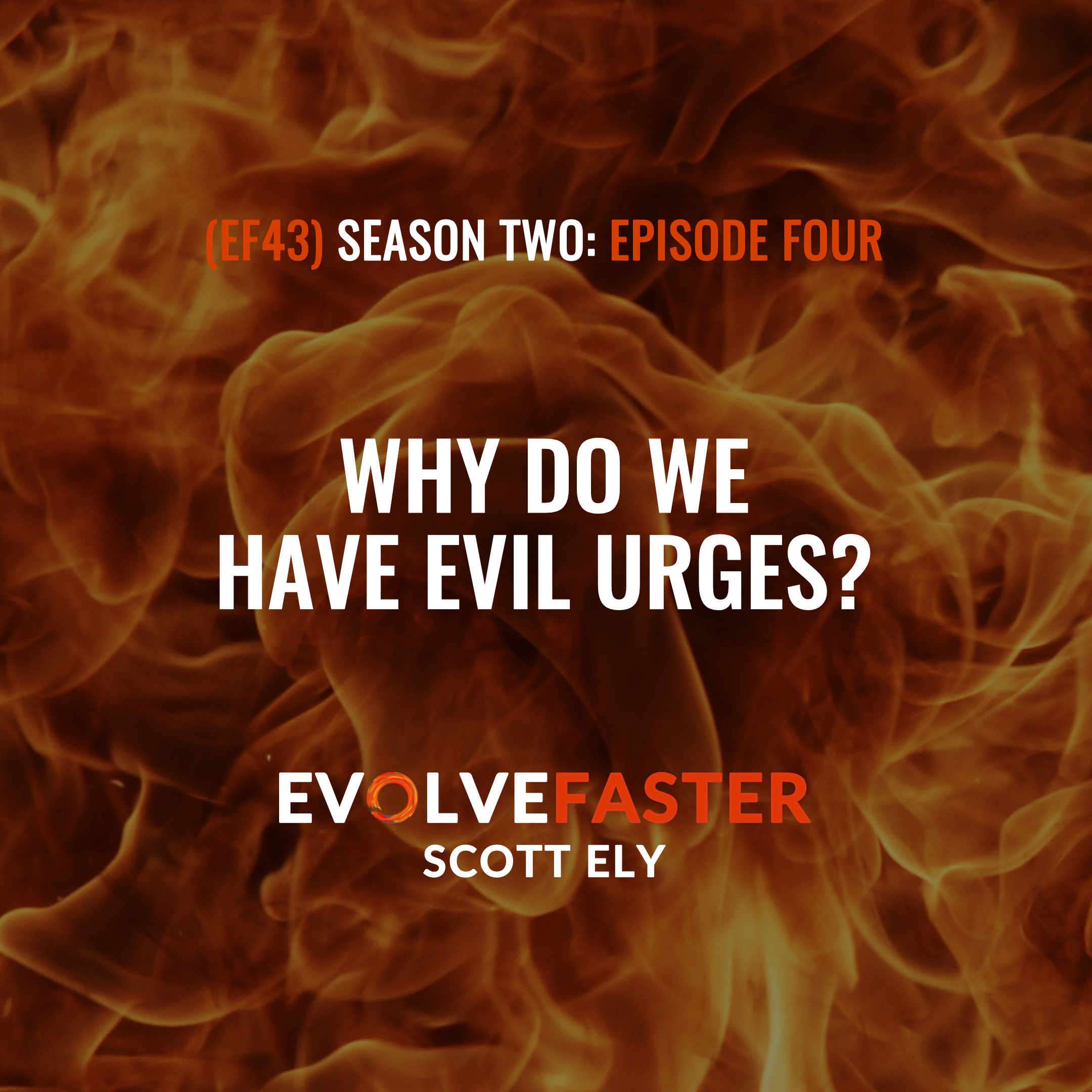 The big question driving episode EF43 is … why do we have evil urges?