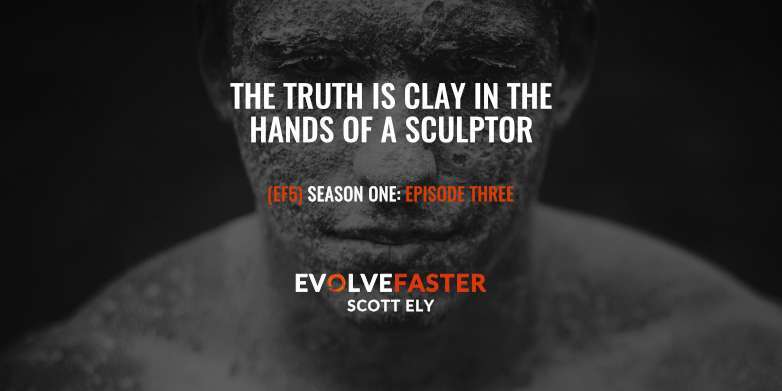 Looking to play or download the episode? Click here…(EF5) S1-E3: The Truth is Clay in the Hands of a Sculptor (Season One, Episode Three)

What is the truth?

The big question driving Episode EF5 is… What is the Truth? Without knowing the truth, what can we do? Somewhere deep in our DNA, there’s a code that says we always need to seek honesty, we need to fight for trustworthiness. So we do our best to seek justice we all believe to be the same. When we attack someone for telling a supposed “lie”, we don’t do it because we want to hurt the person. Instead, we’re doing it because we want him or her to be “right” as well. Because, if there’s a single correct path and you are already on that path, then it’s logical you must help anyone who isn’t.

Sadly or maybe even luckily, that doesn’t seem to be the case. Destroying the “mental shell” that what we know is correct is the first and the toughest step towards realizing that what we think is right, is not the only “right”. That doesn’t mean it’s wrong, it only says it’s not the only valid opinion.

Episode EF5 is a rare episode with multiple dedications. For EF5, the reason is that episode has two protagonists, each deserving of a unique dedication:

DEDICATION: Episode EF5 is dedicated to Sam Harris, a neuroscientist and philosopher who isn’t afraid to tackle controversial topics in search of the truth.

Sam’s work focuses much on understanding how humans can get better as a collective. But he’s also doing a lot of good work towards individual well-being as a science-minded advocate for mindfulness. Sam’s perspective and podcast were part of a small group of key inspirations behind me starting The Evolve Faster Podcast. But, unlike Sam’s on-the-point non-fictional and interview-style approach, I decided to combine my interest in existential discovery with another personal love – suspenseful storytelling leveraging wide-ranging topics from history to AI to psychedlics to science fiction.

You may not always agree with Sam’s perspective. Or perhaps like Robert Wright, you simply don’t believe Sam’s brand of purely rational thought is even possible. In either case, it’s hard to argue that he’s a very logical, and systematic thinker who is doing his best to insist we have critical conversations about hard topics. As he likes to say, conversation is the only means of persuasion which exists besides violence.

Sam’s Waking Up Podcast (soon to be called Making Sense) is the only podcast I scan every week for new episodes. I’m a paid subscriber to his show and also use his excellent meditation app (also called Waking Up...hence the name change). You can learn more about Sam at the links below:

Episode EF5 explores the philosophical question “What is the Truth?” from the perspective of two parallel protagonists. The “story within the story” character named Truman is in a Kafka-esque situation where he is desperately trying to figure out if there exists a definition of the truth that works universally. And in the struggle to find this, he is faced with the reality of lying and what it means.

Sam’s book Lying is a manifesto on why even white lies lead to a downward spiral of dishonesty. In the fictional world of Episode EF5, however, lying has been made illegal. Yet somehow, the truth becomes even harder to define.

Truman, an ordinary man with a regular job, is caught lying in a country where lying is illegal. Thanks to his actions, he ends up facing a mandatory Truth Course to get him back on the track. Terrified, Truman slowly realizes the truth is not what we all grew accustomed to believe. Is it possible that facts are nothing more than a piece of clay molded by someone’s interests? Time is running out for Truman, and the sculptor of truth might hold the power to mold his future.

To try and understand the truth and if it exists at all, we’ll look at correspondence theory, coherence theory, pragmatism and the philosophy of Immanuel Kant. Each argument will give us a unique approach to just what the truth might be. But if there can only be one true fact, which one is correct? The one molded by your hands, or someone else’s hands? And if forced to face an absolute truth, would you be able to accept all its consequences?

Immanuel Kant, Foundations of the Metaphysics of Morals and What is Enlightenment. Translated by L. W. Beck. New York: Liberal Arts Press, 1959. 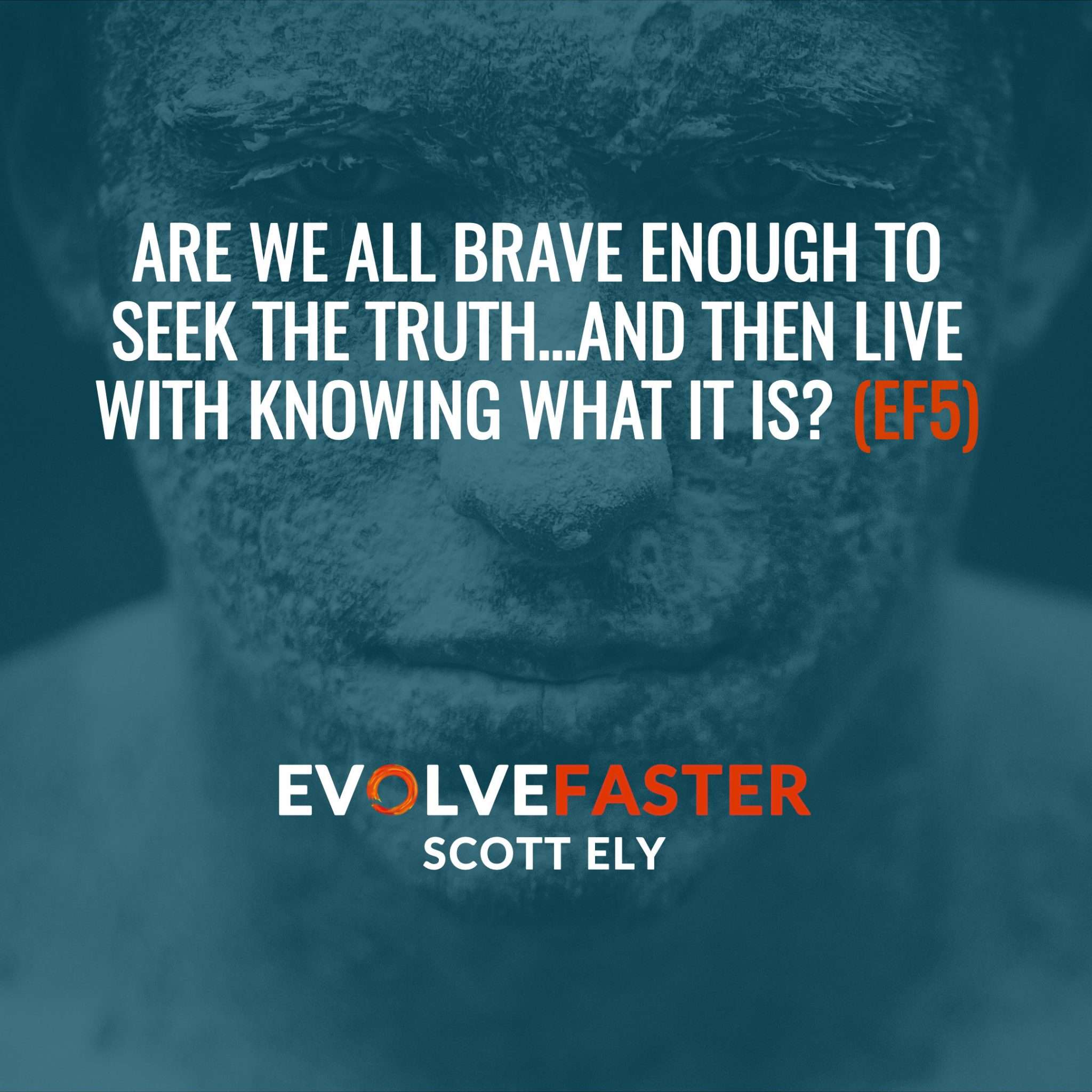 (EF5) Are we all brave enough to seek the truth … and then live knowing what it is? — The Evolve Faster Podcast (Season One, Episode Three) 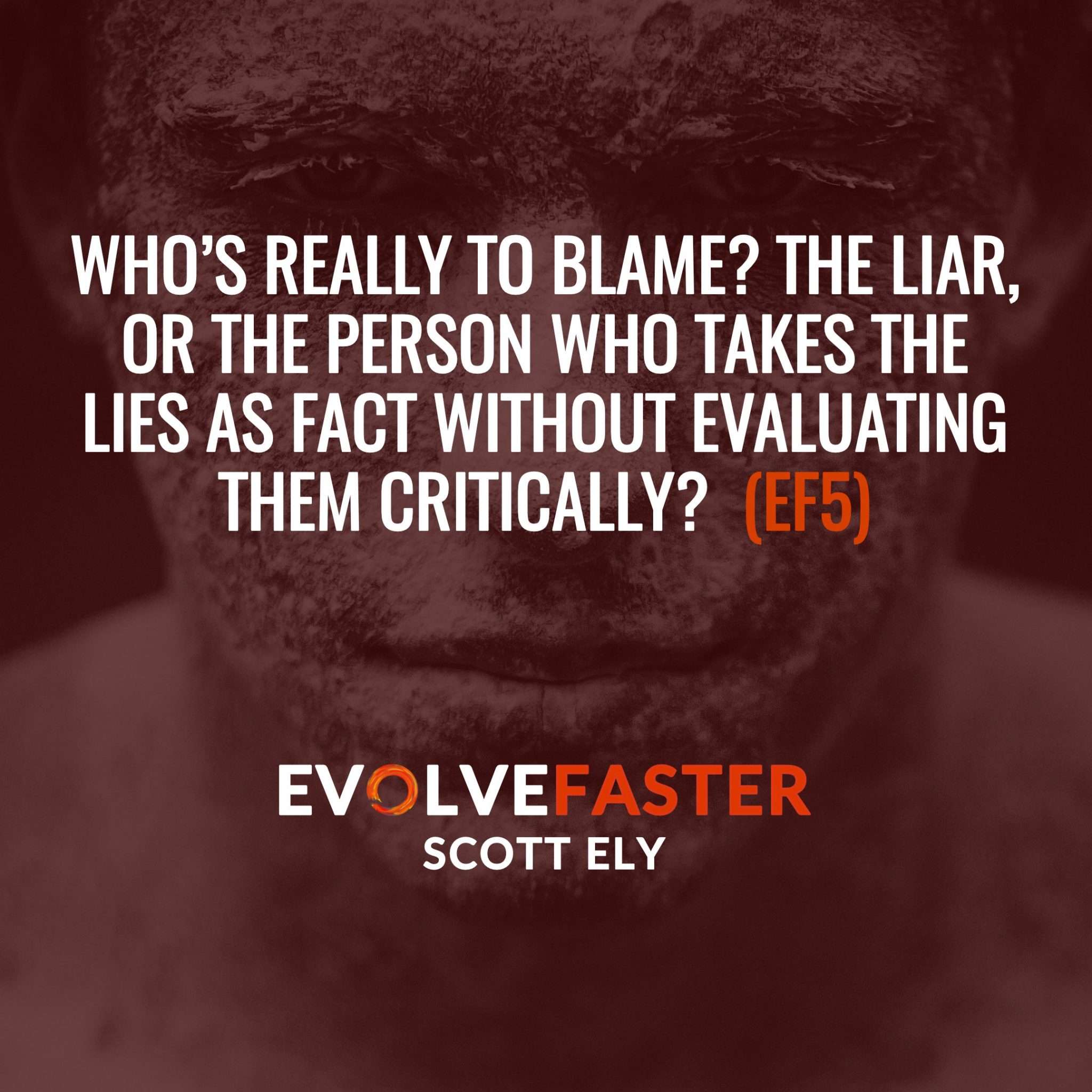 (EF5) Who’s really to blame? The liar or the person who takes the lies as a fact without evaluating them critically? — The Evolve Faster Podcast (Season One, Episode Three) 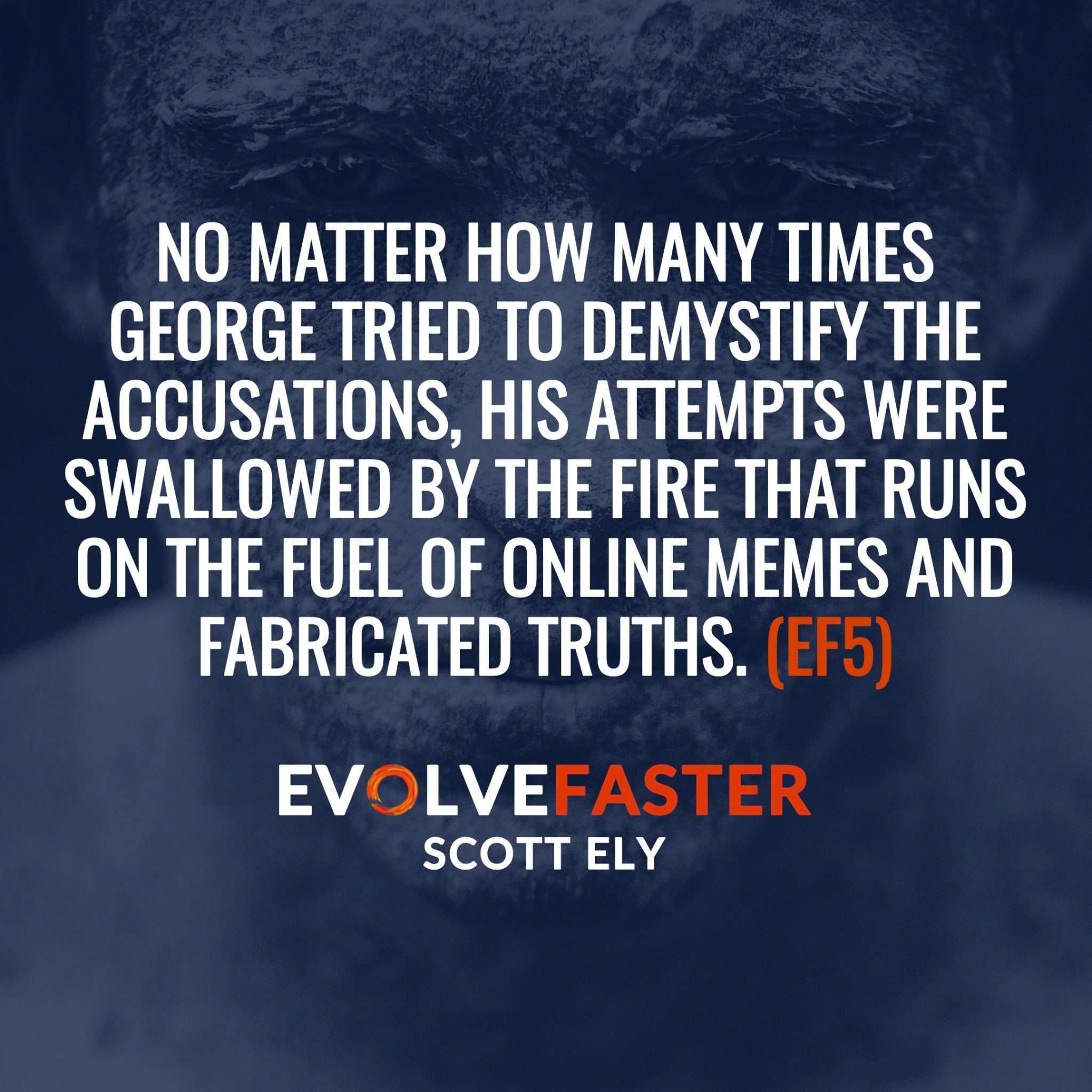 (EF5) No matter how many times George tried to demystify the accusations, his attempts were swallowed by the fire that runs on the fuel of online memes and fabricated truths — The Evolve Faster Podcast (Season One, Episode Three) 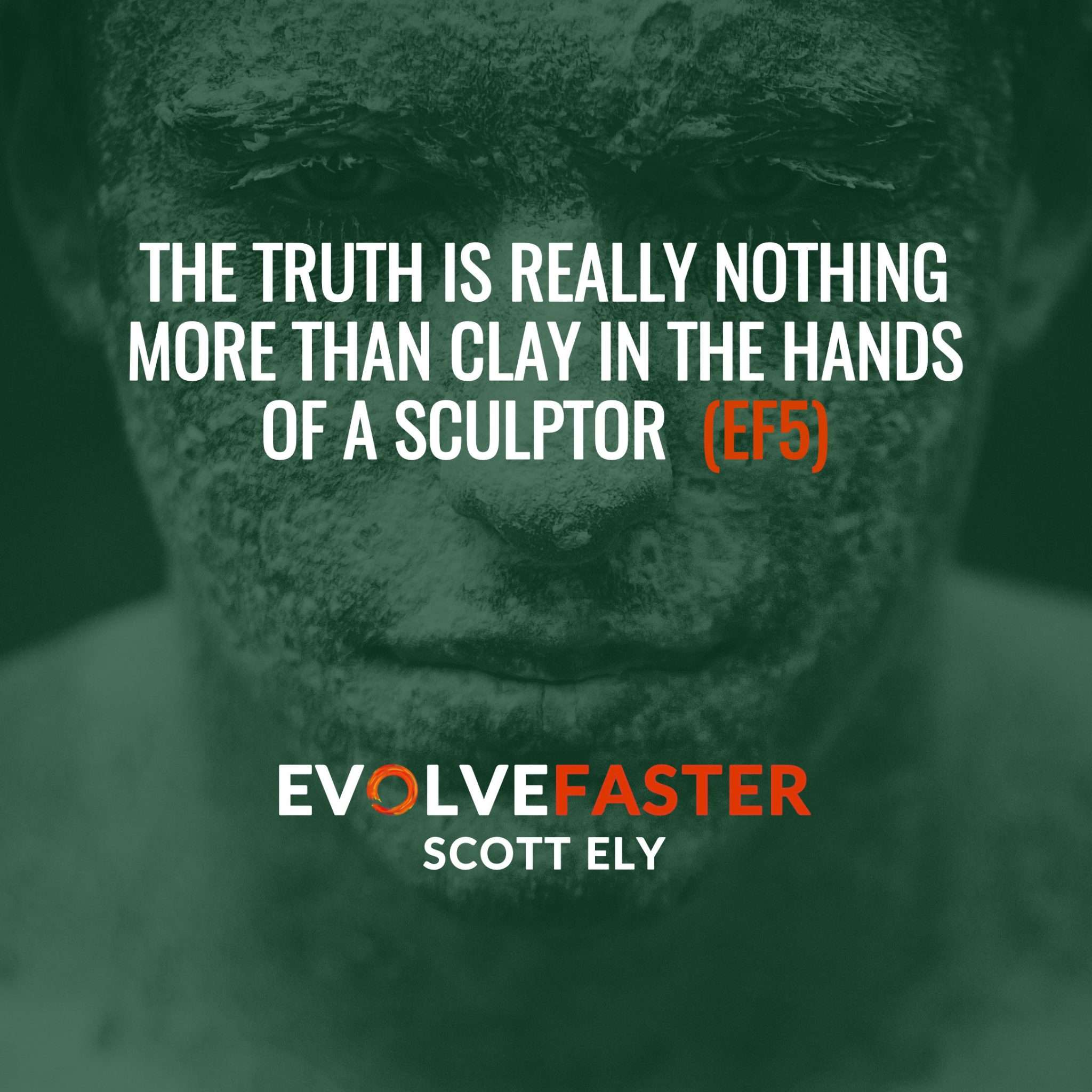 (EF5) The truth is really nothing more than clay in the hands of a sculptor — The Evolve Faster Podcast (Season One, Episode Three) 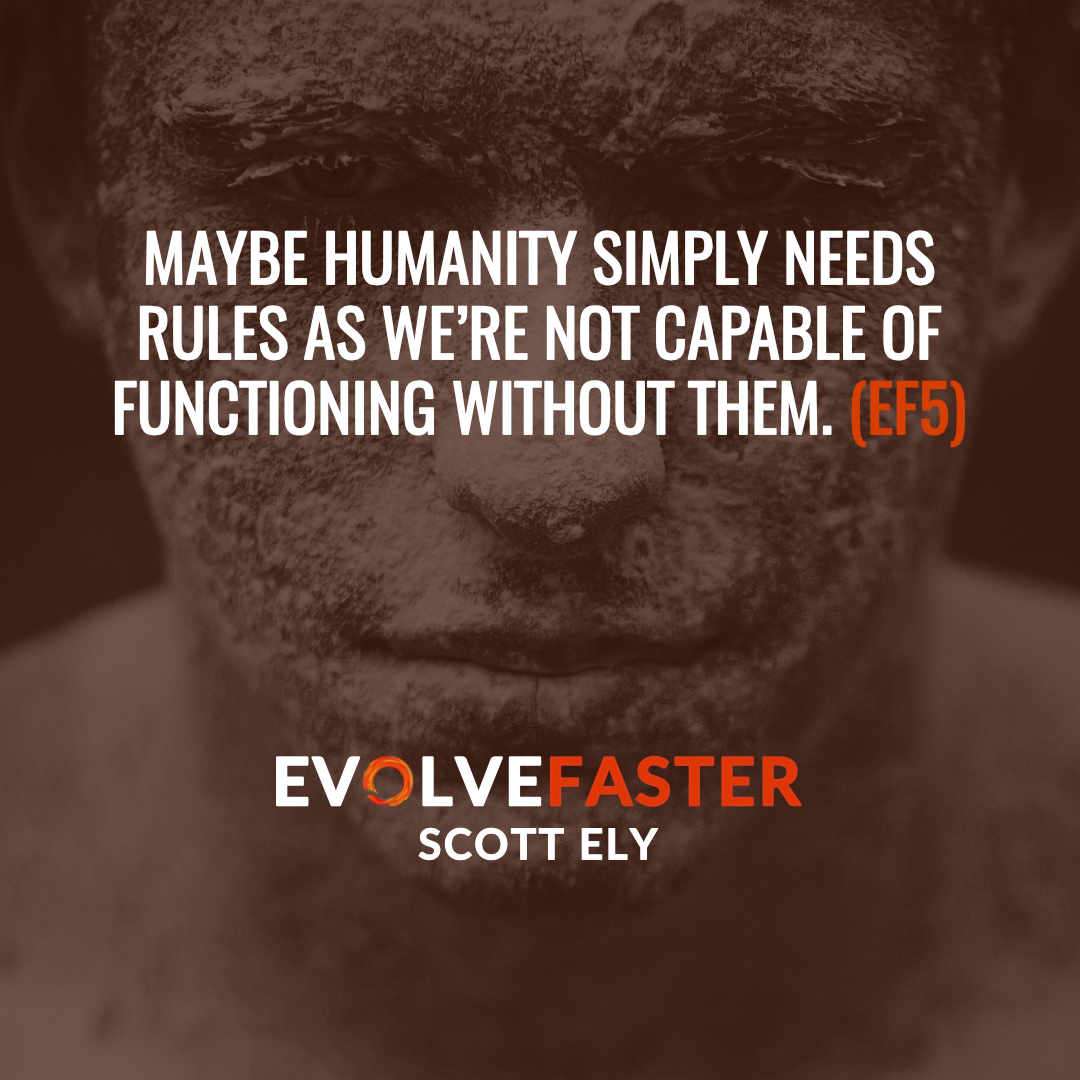 (EF5) Maybe humanity simply needs rules as we’re not capable of functioning without them. — The Evolve Faster Podcast (Season One, Episode Three) 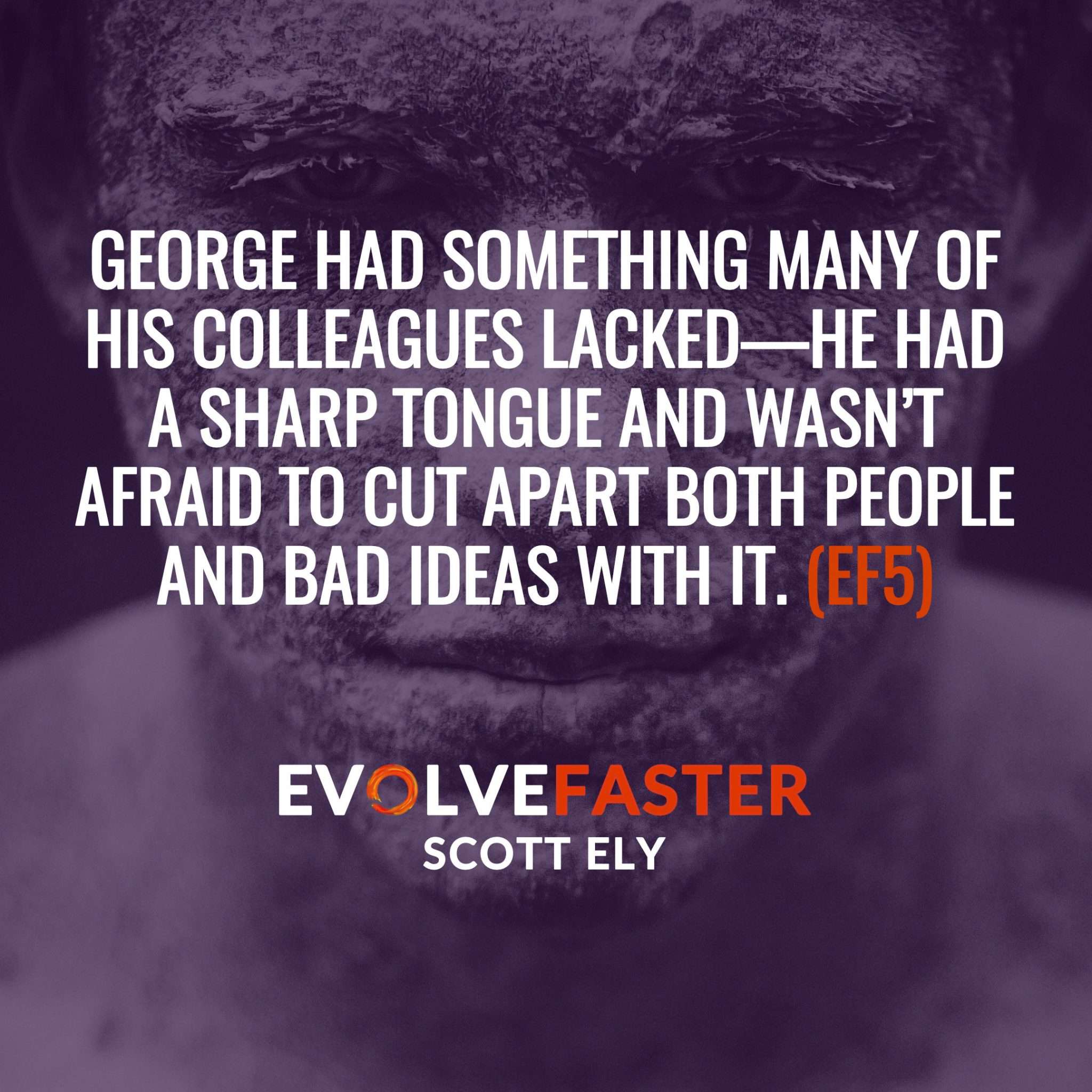 (EF5) George had something many of his colleagues lacked—he had a sharp tongue and wasn’t afraid to cut apart both people and bad ideas with it — The Evolve Faster Podcast (Season One, Episode Three) 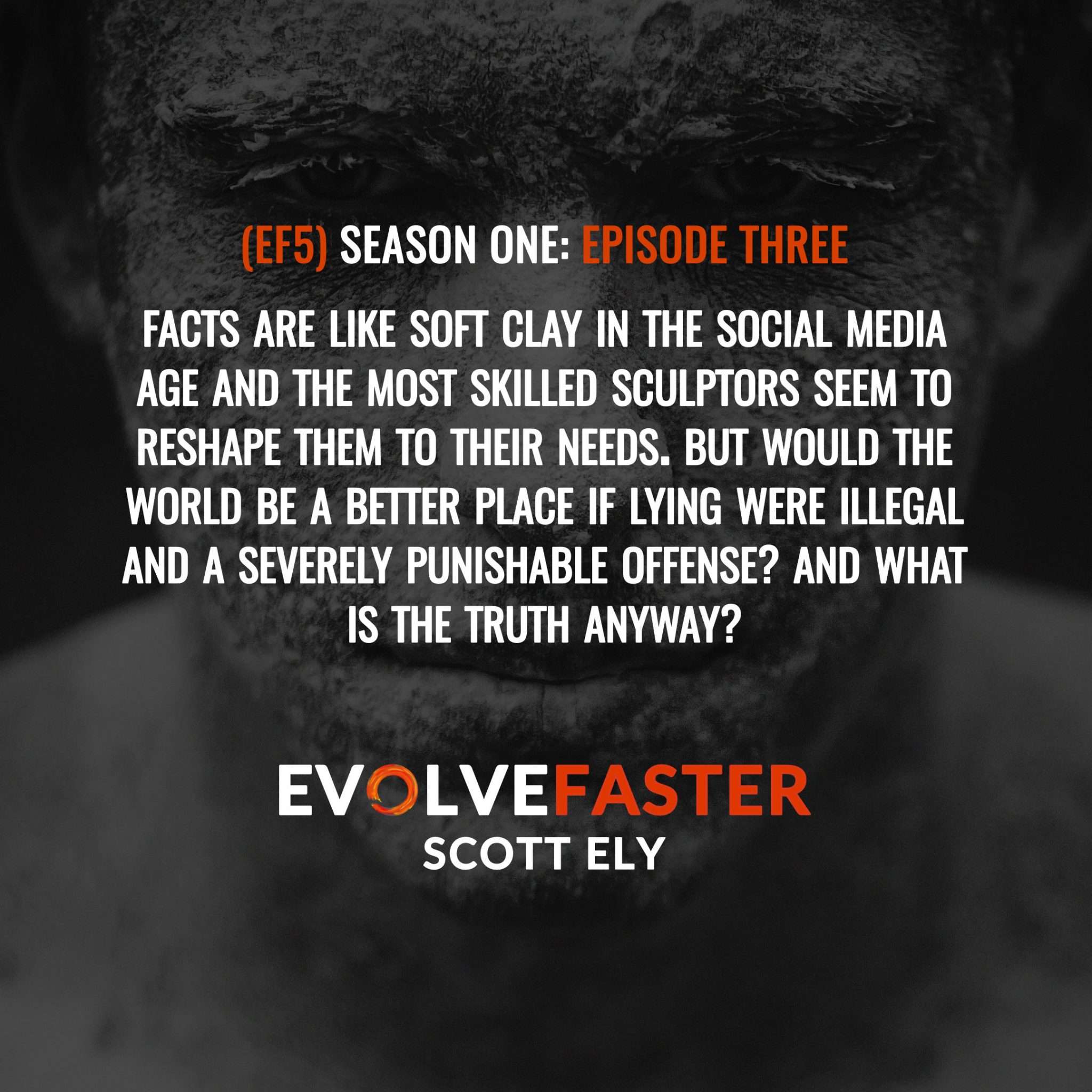 (EF5) Season One, Episode Three: Facts are like soft clay in the social media age and the most skilled sculptors seem to reshape them to their needs. But would the world be a better place if lying were illegal and a severely punishable offense? And what is the truth anyway? 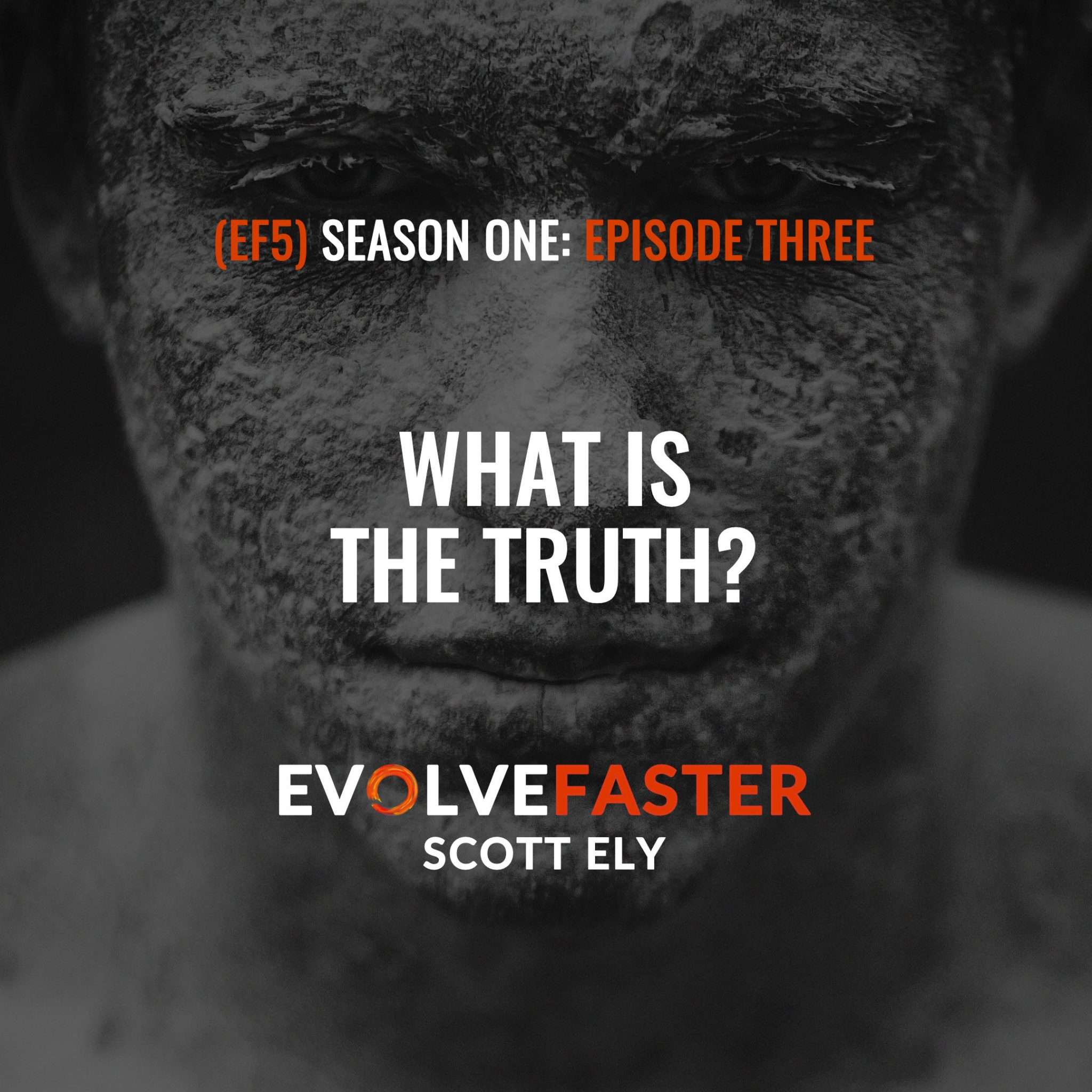 (EF5) Season One, Episode Three: What is the truth? Why do I believe what I believe?