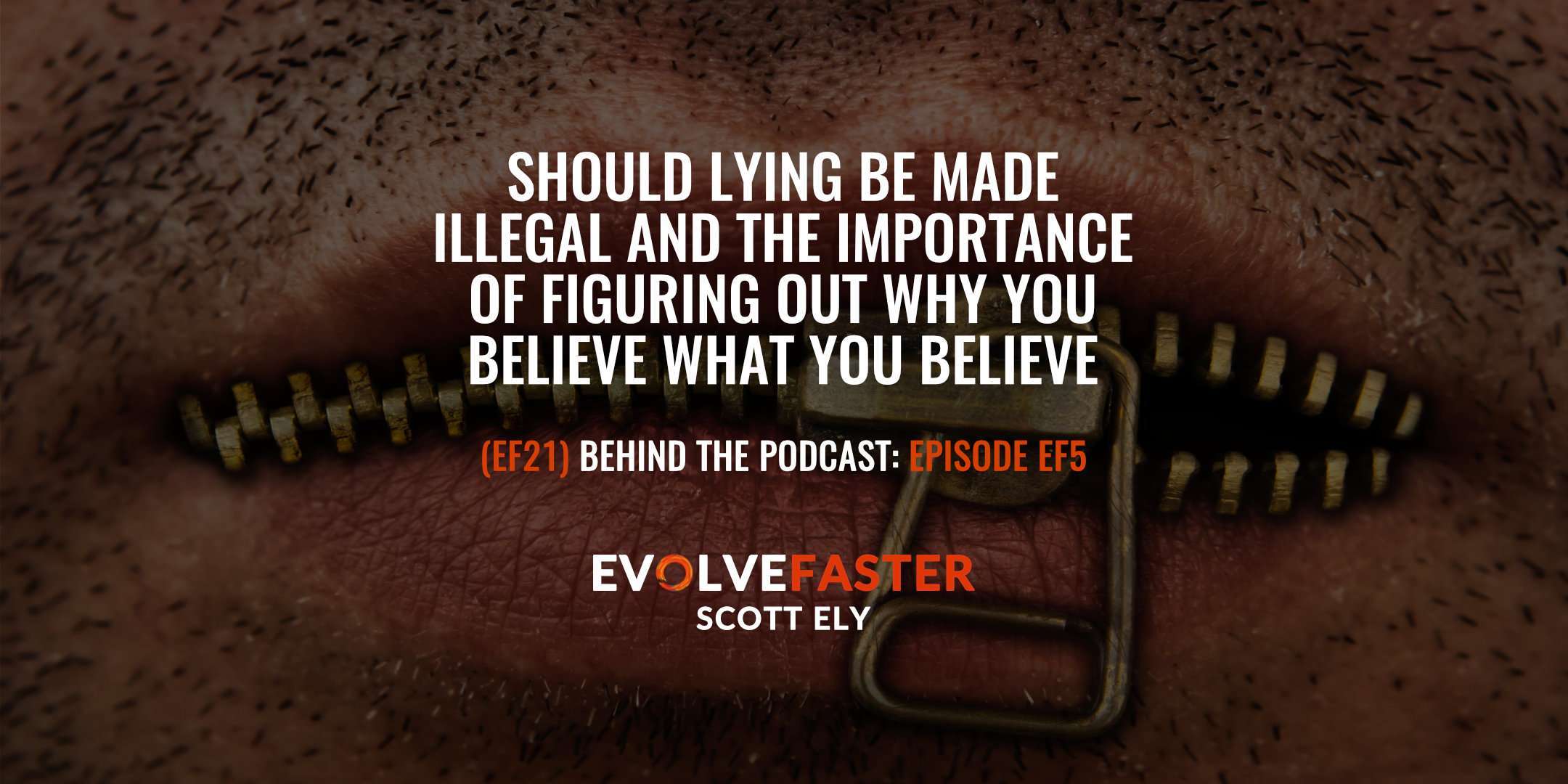 (EF21) BTP-EF5: Should Lying be Made Illegal and the Importance of Figuring Out Why You Believe What you Believe — Behind the Podcast of Episode EF5

PLAY | DOWNLOAD To try and understand the truth about truth itself, we'll look at correspondence theory, coherence theory, pragmatism and truth-seeking components of the philosophy of Immanuel Kant. But if there can only be one truth, which one is correct? The one molded by your hands, or someone else's hands? More...

What is the truth?

The big question driving Episode EF5 is… What is the Truth? Without knowing the truth, what can we do? Somewhere deep in our DNA, there’s a code that says we always need to seek honesty, we need to fight for trustworthiness. So we do our best to seek justice we all believe to be the same. When we attack someone for telling a supposed “lie”, we don’t do it because we want to hurt the person. Instead, we’re doing it because we want him or her to be “right” as well. Because, if there’s a single correct path and you are already on that path, then it’s logical you must help anyone who isn’t.

Sadly or maybe even luckily, that doesn’t seem to be the case. Destroying the “mental shell” that what we know is correct is the first and the toughest step towards realizing that what we think is right, is not the only “right”. That doesn’t mean it’s wrong, it only says it’s not the only valid opinion.

Spoiler alert: You’re about to listen to a Behind The Podcast  (BTP) of Episode EF5, which was Season 1, Episode 3 of the Evolve Faster Podcast titled The Truth is Clay in the Hands of a Sculptor.  The driving question of this episode (and this BTP) for you to think through is … what is the truth?!

The third episode of the first season of the Evolve Faster Podcast Episode is driven by the big question What Is The Truth? Although many of us believe we should stick to the truth, many believers of the same idea often have their “truths” clashing. Why is that? If we agree to follow what’s true, why does it seem we’re doing such a bad job?