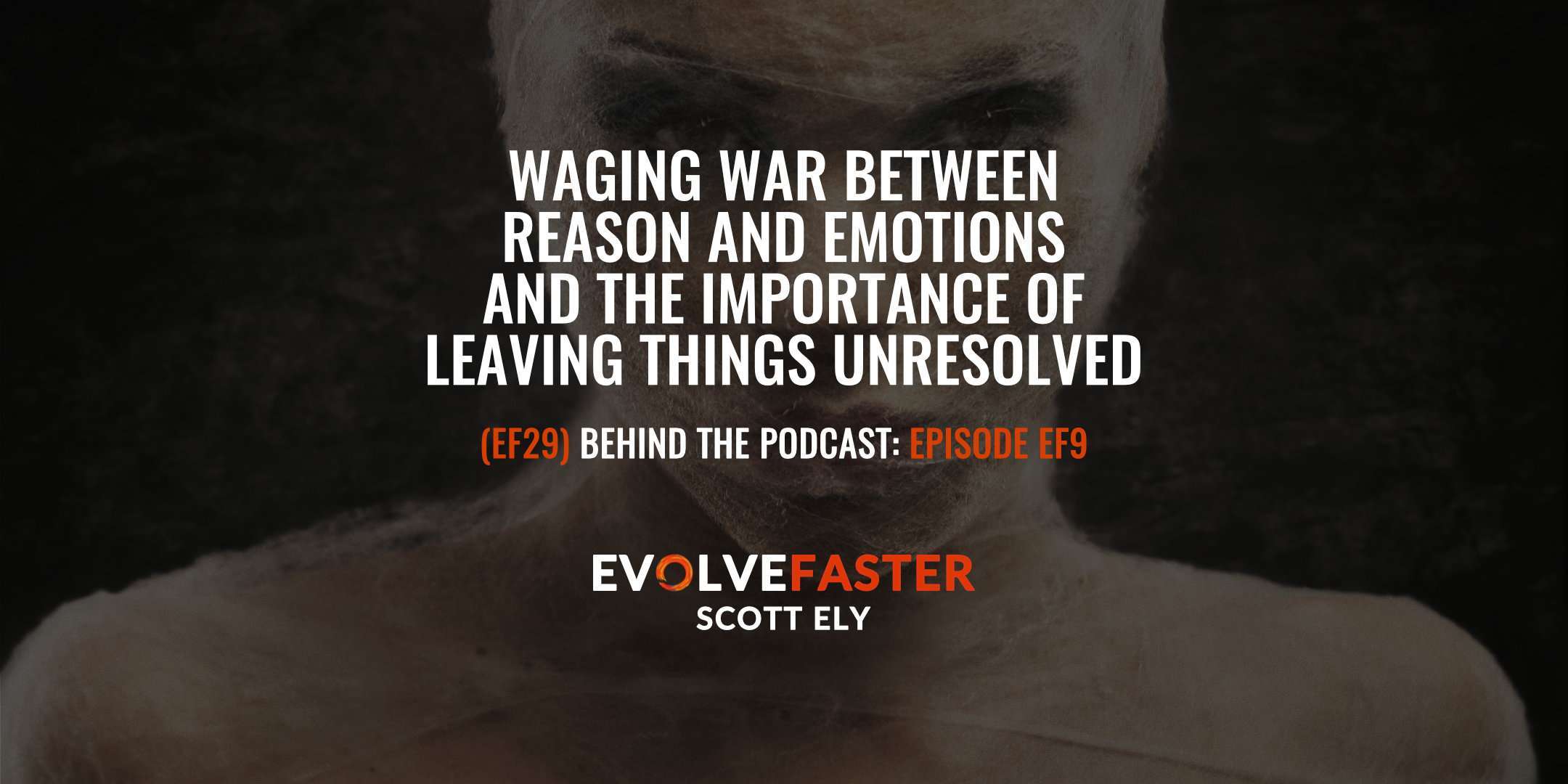 (EF29) BTP-EF9: Waging War Between Reason and Emotions and the Importance of Leaving Things Unresolved — Behind the Podcast of Episode EF9

PLAY | DOWNLOAD Countless theories like the Hurrah/Boo Theory show that we'll jump onto the emotional bandwagon of the masses almost instinctively. Why? To feel safe. But is there a way to break the secure chains of emotions? Is there a way to rationalize the irrational, reason the unreasonable and ultimately be masters of our feelings? More...

Spoiler alert: You’re about to listen to a Behind The Podcast  (BTP) of Episode EF9, which was Season 1, Episode 7 of the Evolve Faster Podcast titled I Feel, Therefore I am: Capsized on the River Emotion.  The driving question of this episode (and this AMA) for you to think through is … Can rationality and emotions coexist? It’s a fascinating question that actually has surprisingly little research or philosophical investigation.

The seventh episode of the first season of the Evolve Faster Podcast Episode is driven by the big question Can rationality and emotions coexist. It’s hard to juggle emotions and the need to be loyal to reason. But what is the need to be reasonable but another emotion?

SHOW NOTES: This episode is dedicated to William James. See the EF28 Show Notes for details of the dedication, inspirations, references, selected quotes and more.