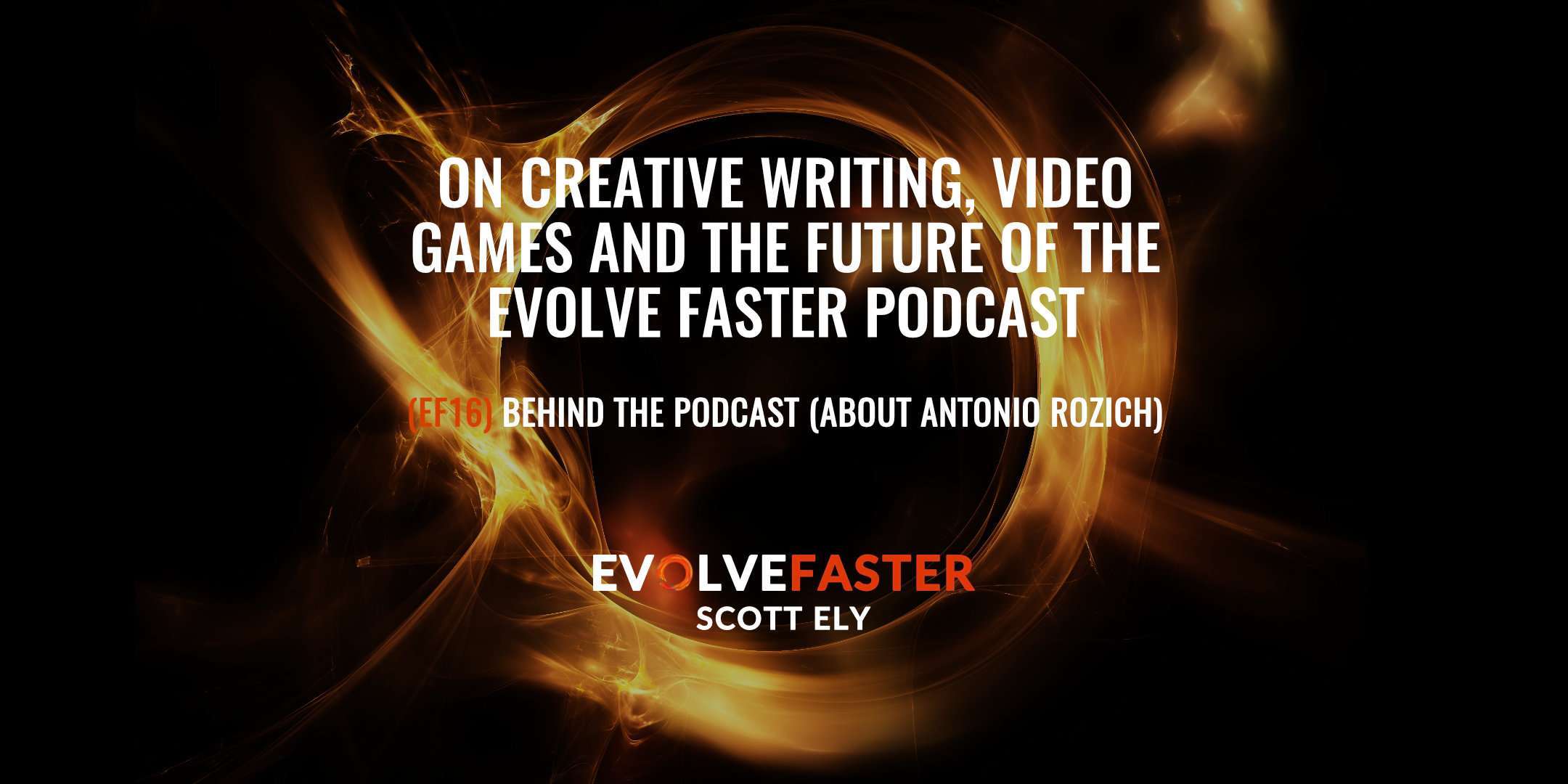 (EF16) BTP: On Creative Writing, Video Games and the Future of the Evolve Faster Podcast (About Antonio Rozich)

PLAY | DOWNLOAD The big question driving this episode is … Can you turn disagreements into positive results? And can shutting down your ego can lead you to bigger and better discoveries by opening yourself to other people's opinion (without sacrificing your critical thinking and who you want to be)? More...

Can You Turn Disagreements Into Positive Results?

The big question driving this episode is … Can you turn disagreements into positive results? And can shutting down your ego can lead you to bigger and better discoveries by opening yourself to other people’s opinion (without sacrificing your critical thinking and who you want to be)?

Scott and Antonio met back when Scott was looking for a copyeditor for dozens of early scripts of what would later become Evolve Faster Podcast. Although initially Antonio mostly was checking Scott’s work to ensure everything was correct, soon they discovered they have a common interest in armchair philosophizing, reading Vonnegut and writing speculative fiction. After a few Skype talks, and an innumerable number of digital chats, these shared interests (and a sh*tload of rewriting) helped to evolve Scott’s dozens of scripts and concepts into what Evolve Faster Podcast is today — speculative fiction that walks the thin line between Twilight-Zone-styled storytelling and nonfictional reality.

To peek behind what Scott jokingly calls the 0.2 of Evolve Faster’s 1.2 manpower force (primarily because of lack of access more of Antonio’s time), they dissect the following:

SHOW NOTES: See the EF16 Show Notes for details of the references, selected quotes and more.