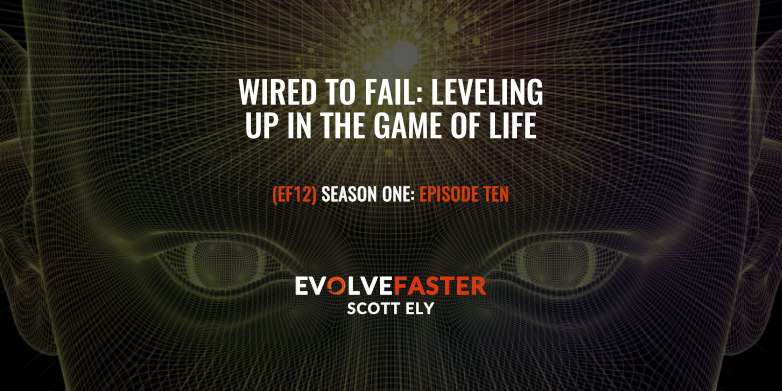 Looking to play or download the episode? Click here…(EF12) S1-E10: Wired to Fail: Leveling Up in the Game of Life (Season One, Episode Ten)

Infuriated by the risk-averse approach of his company, Vihaan Raid decides to design his latest game on his own. A widely renowned game developer known to the gaming world as “Koji,” believes he can entirely change how humans see life with his radical new video game concept. He teams up with a respected psychologist to make sure his vision will manipulate the human psyche as he suspects it will—a critical factor to the game’s potential. As Koji slowly reveals secretive details of his mysterious concept, Isaac becomes more and more suspicious of the game’s true intentions.

Fear is engrained in all of us, but as Erich Fromm described, there are two main types. First, are sadomasochistic characters who kill the fear by being dependent on either controlling or being controlled. Second is the revolutionary character who embraces the fear of being a free human. Similarly, the famous philosopher Friedrich Nietzsche thought there is little to no difference between success and failure when it comes to their functionality. The human mind is engraved with a false belief that success is heaven and failure is hell. But this couldn’t be further from the truth. Sigmund Freud believed our unconscious thoughts and desires define us. Perhaps heaven is a place where our unconscious desires define us, but not control us; and hell … well, just look at the commercials. 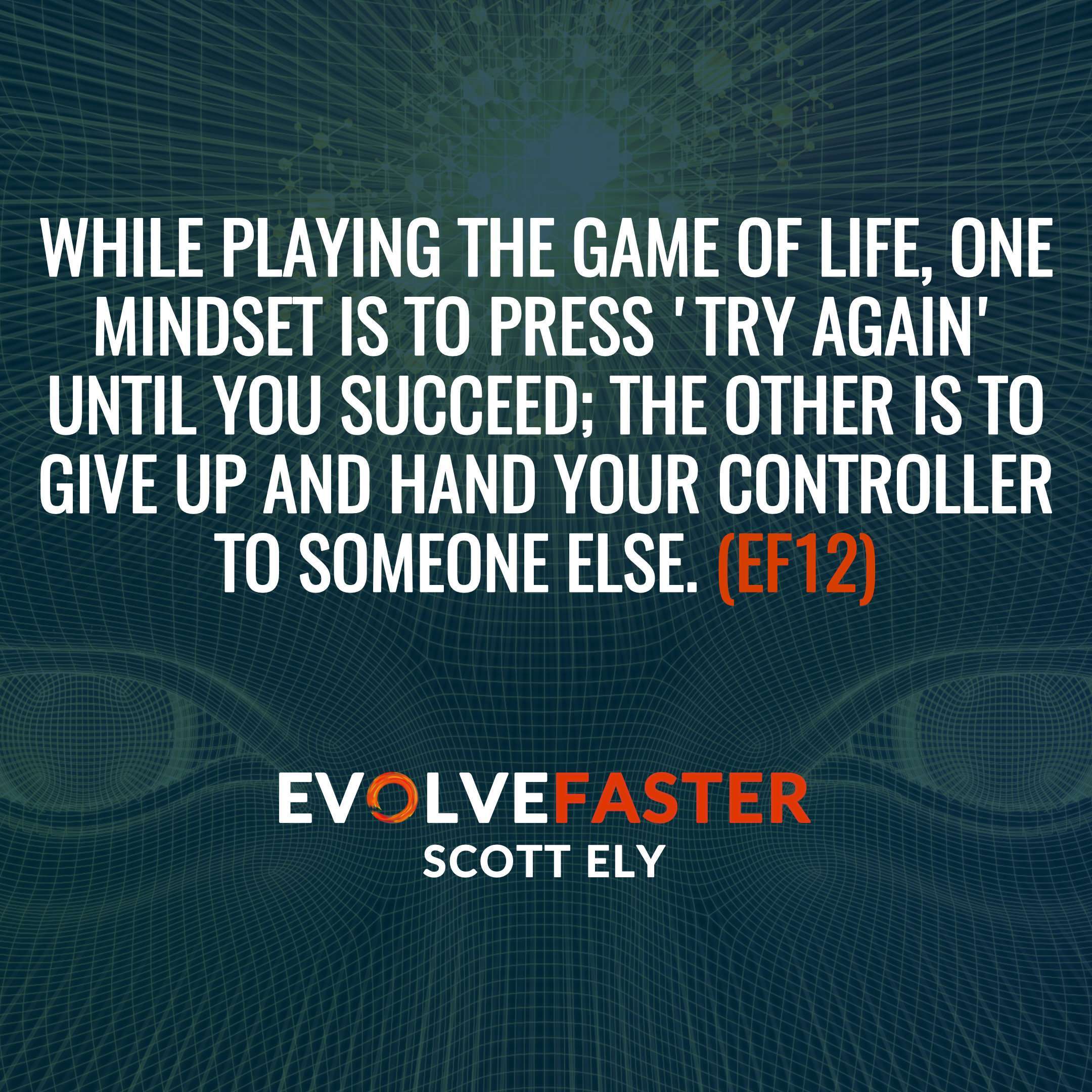 While playing the game of life, one mindset is to press ‘Try Again’ until you succeed; the other is to give up and hand your controller to someone else. — The Evolve Faster Podcast (Season One, Episode Ten) 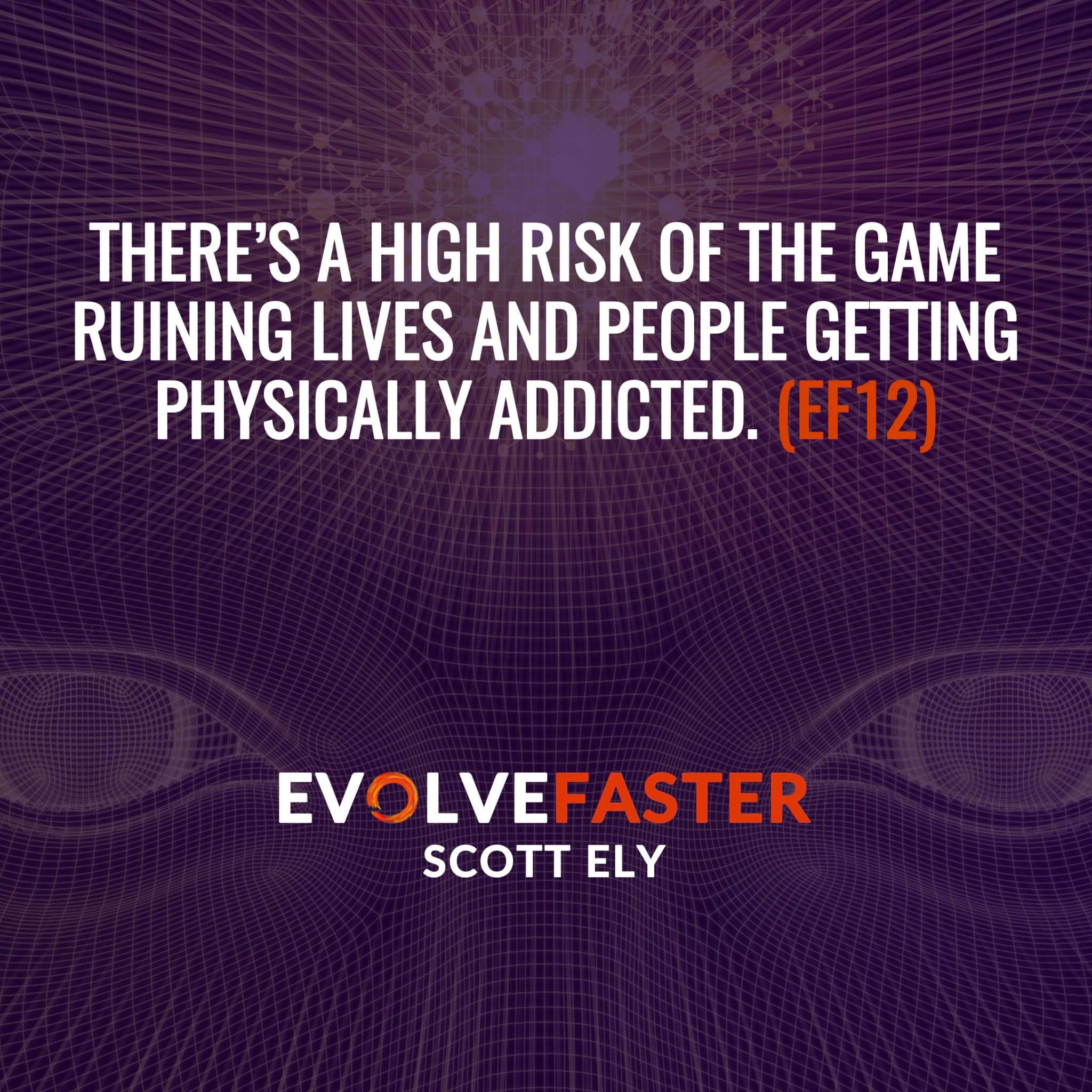 There’s a high risk of the game ruining lives and people getting physically addicted. — The Evolve Faster Podcast (Season One, Episode Ten) 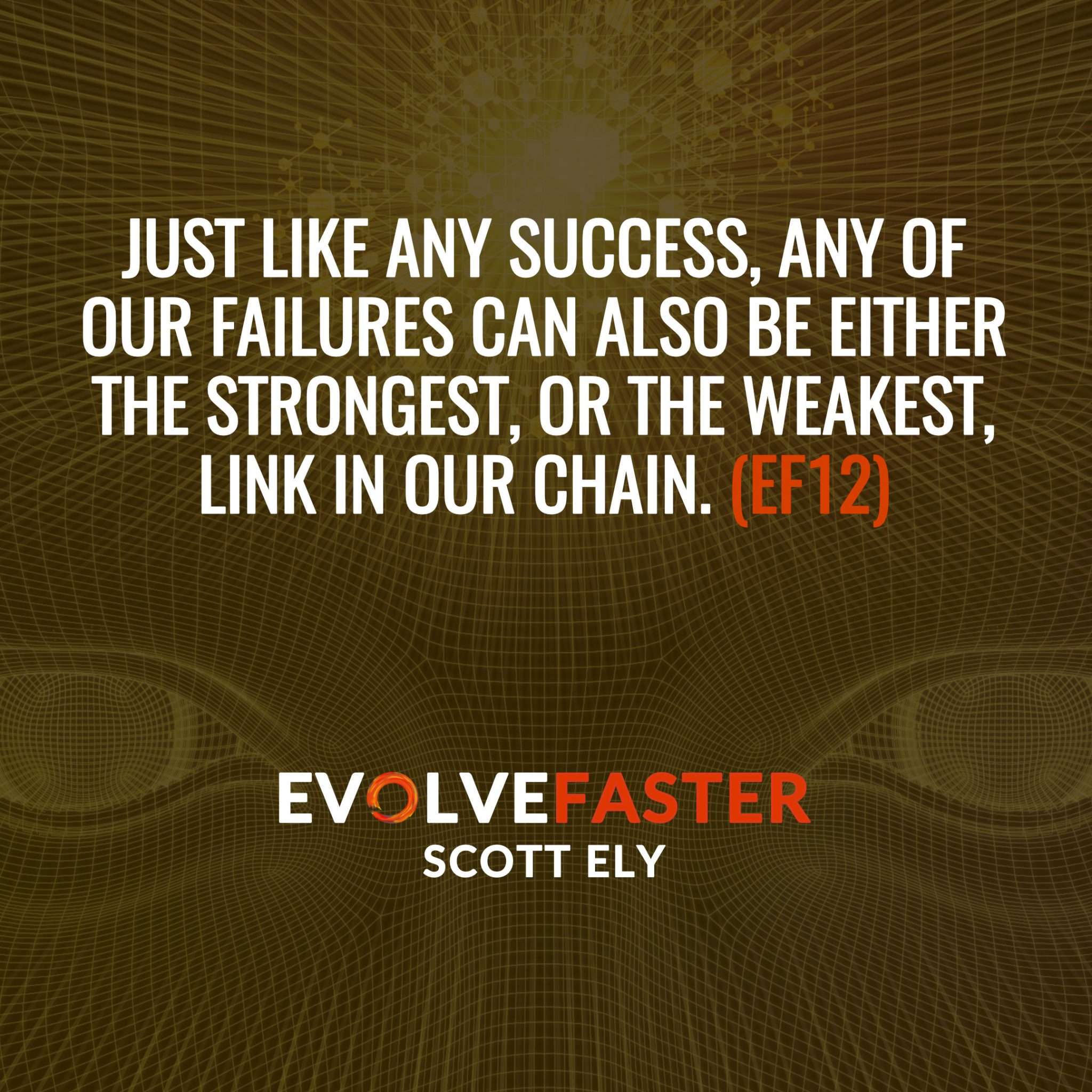 And just like any success, any of our failures can also be either the strongest or the weakest link in our chain. — The Evolve Faster Podcast (Season One, Episode Ten) (EF12) 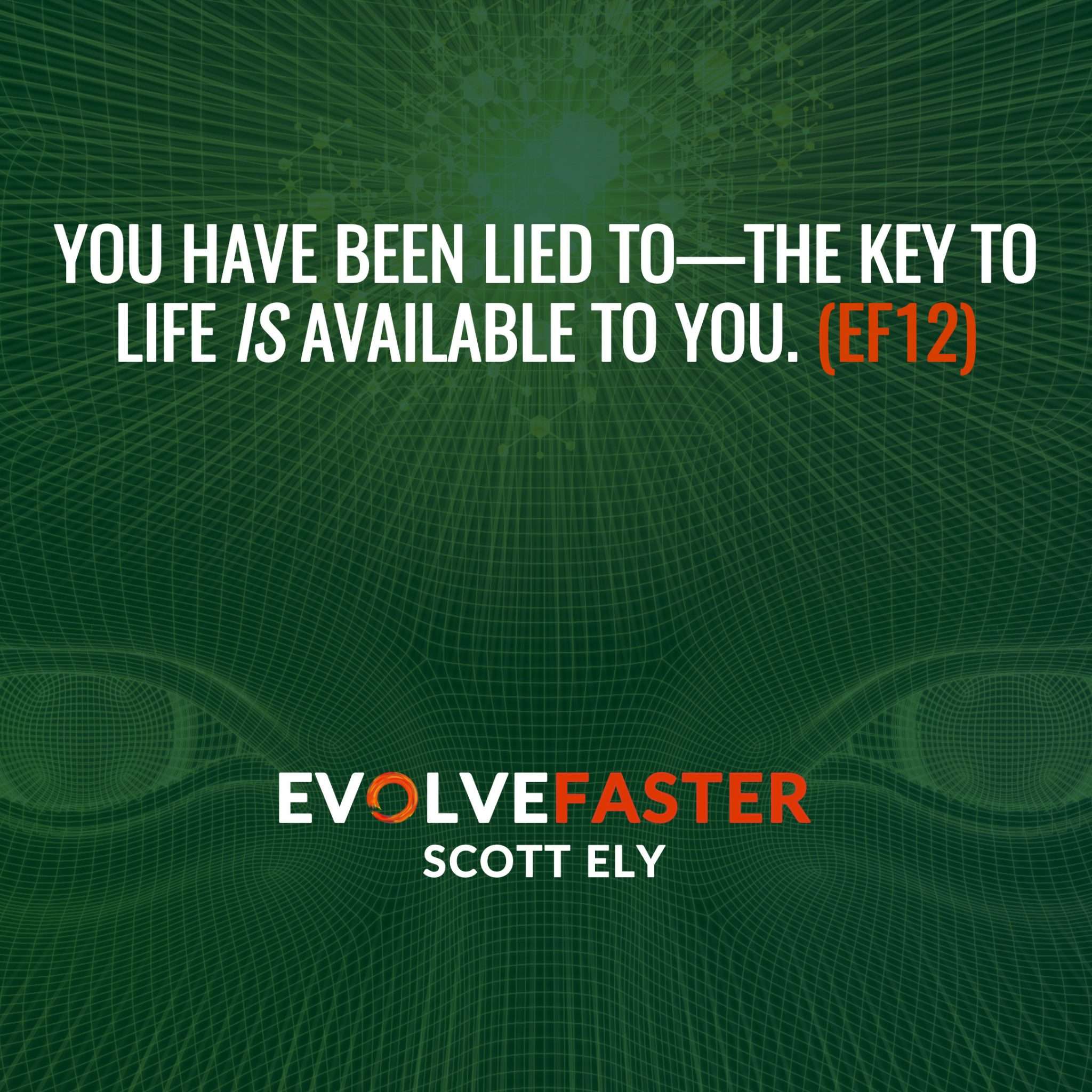 You have been lied to—The key to life is available to you. — The Evolve Faster Podcast (Season One, Episode Ten) 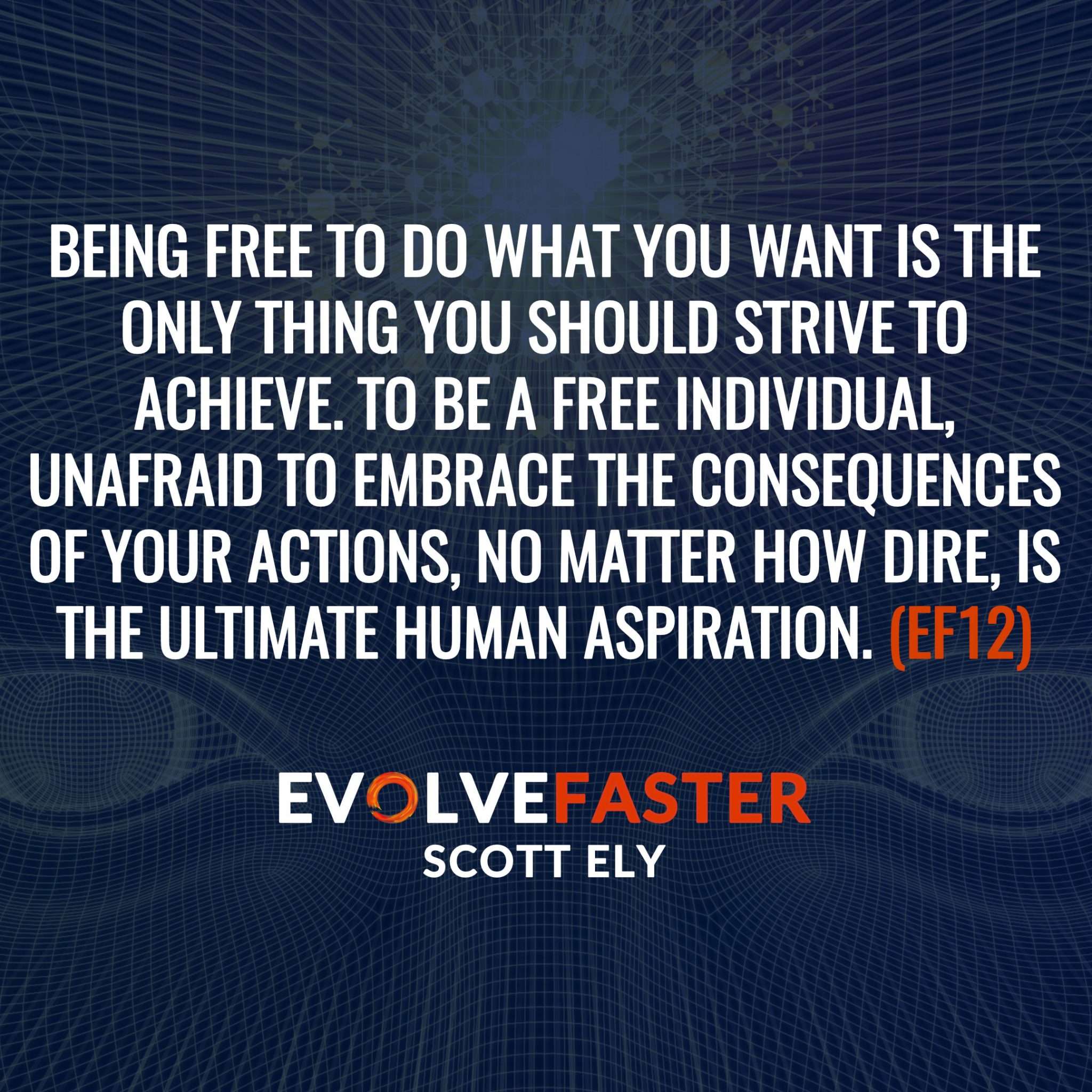 Being free to do what you want is the only thing you should strive to achieve. To be a free individual, unafraid to embrace the consequences of your actions, no matter how dire, is the ultimate human aspiration. — The Evolve Faster Podcast (Season One, Episode Ten) (EF12) 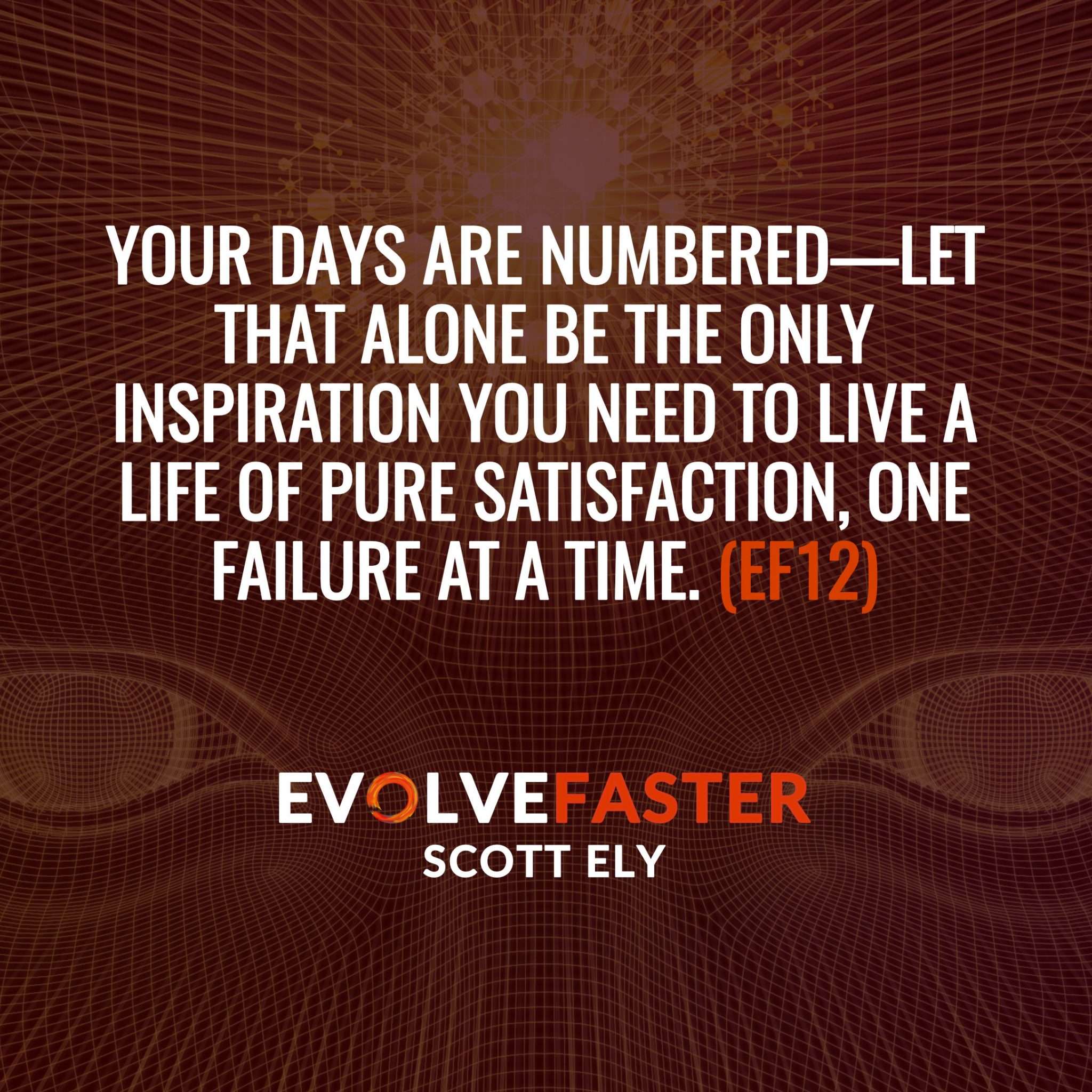 Your days are numbered—let that alone be the only inspiration you need to live a life of pure satisfaction, one failure at a time. — The Evolve Faster Podcast (Season One, Episode Ten) (EF12) 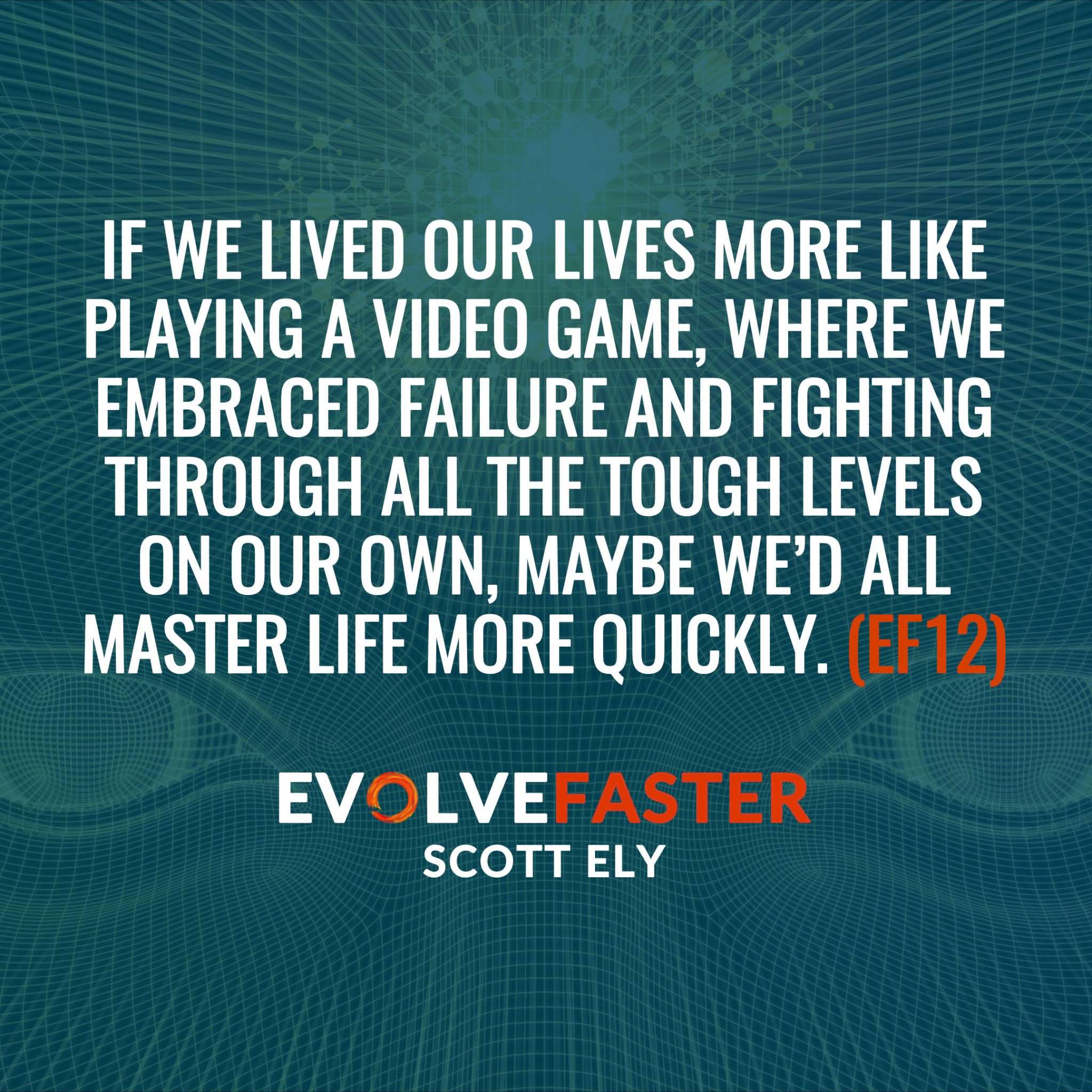 If we lived our lives more like playing a video game, where we embraced failure and fighting through all the tough levels on our own, maybe we’d all master life more quickly. — The Evolve Faster Podcast (Season One, Episode Ten) 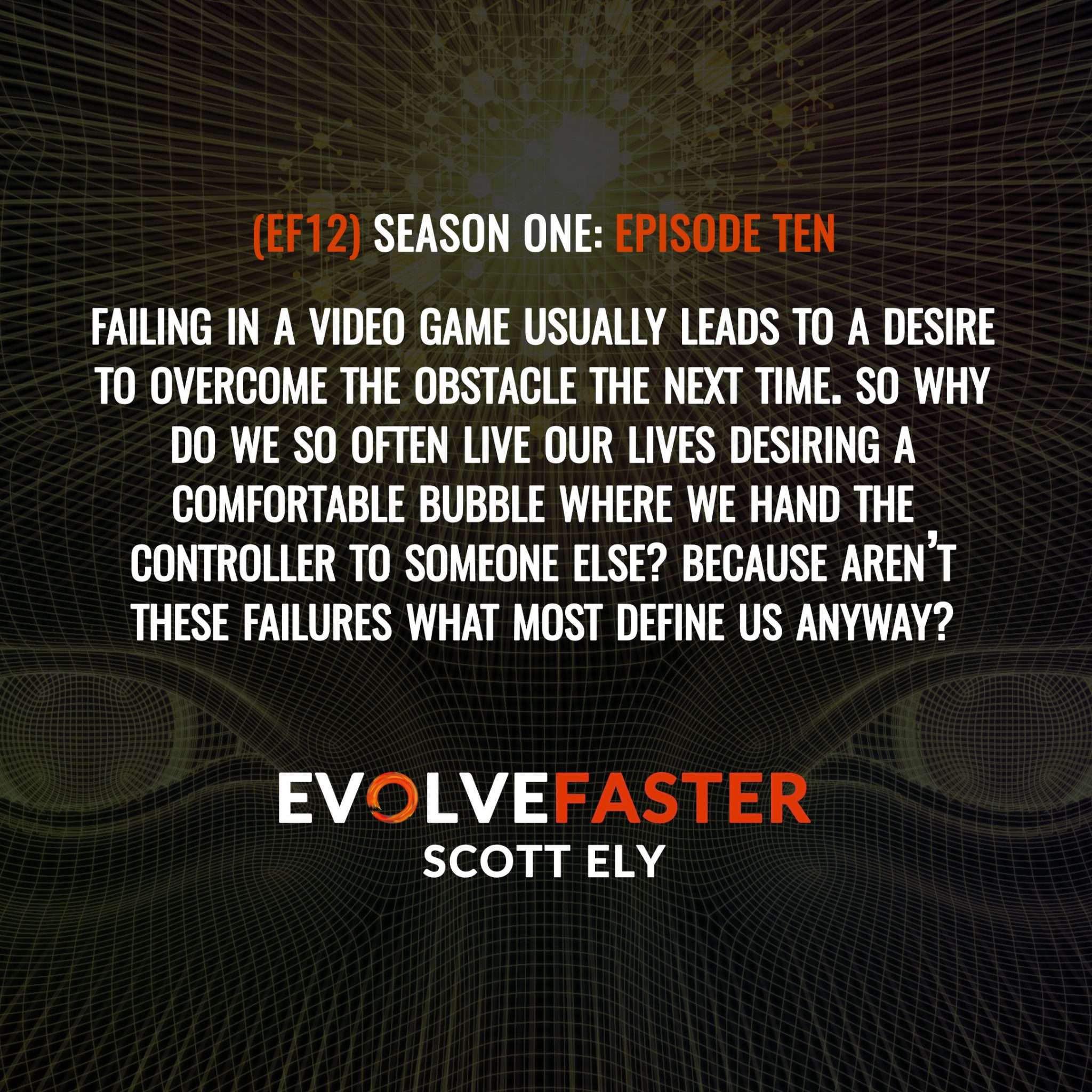 Failing in a video game usually leads to a desire to overcome the obstacle the next time. So why do we so often live our lives desiring a comfortable bubble where we hand the controller to someone else? Because aren’t these failures what most defines us anyway? 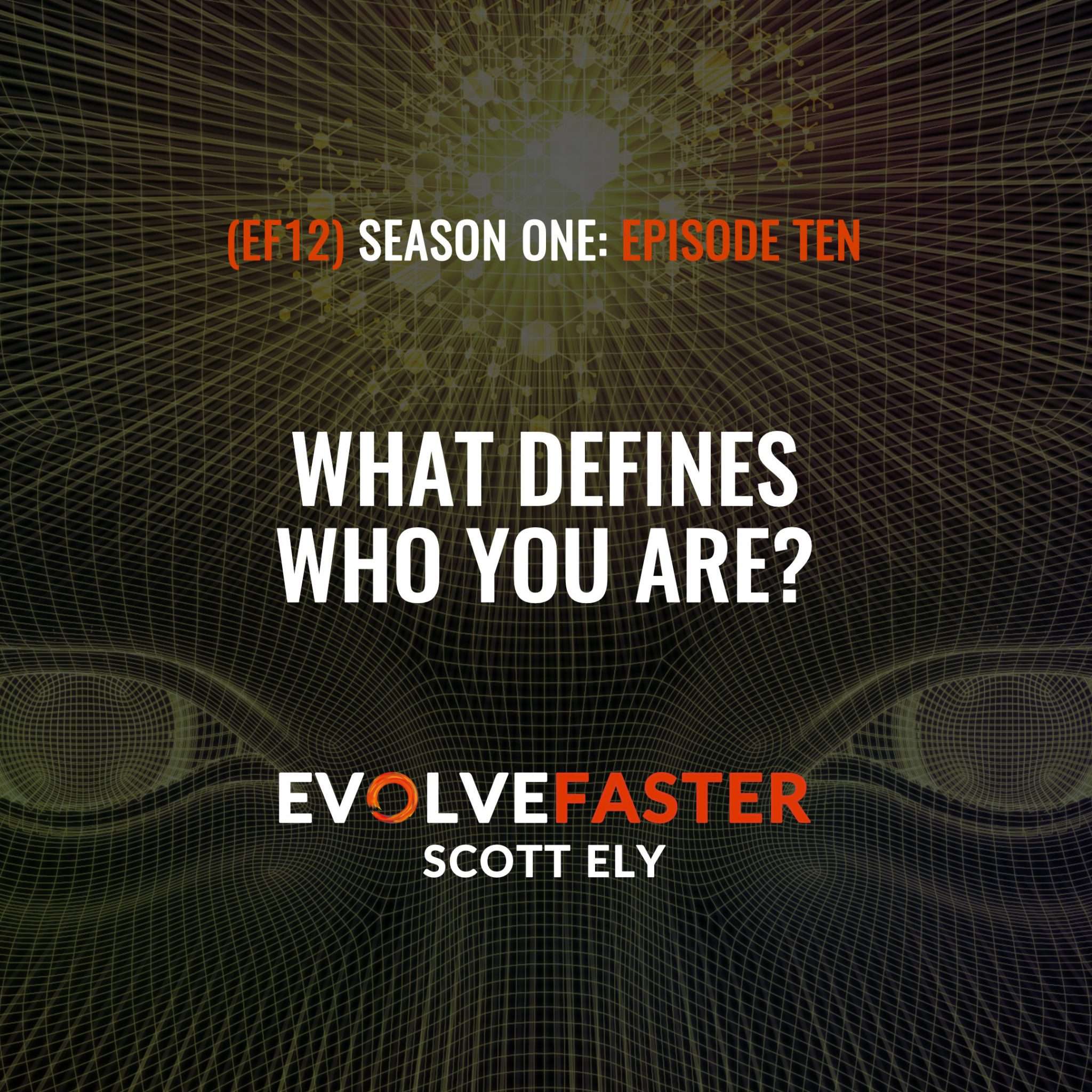 Season One, Episode Ten: What defines who you are?