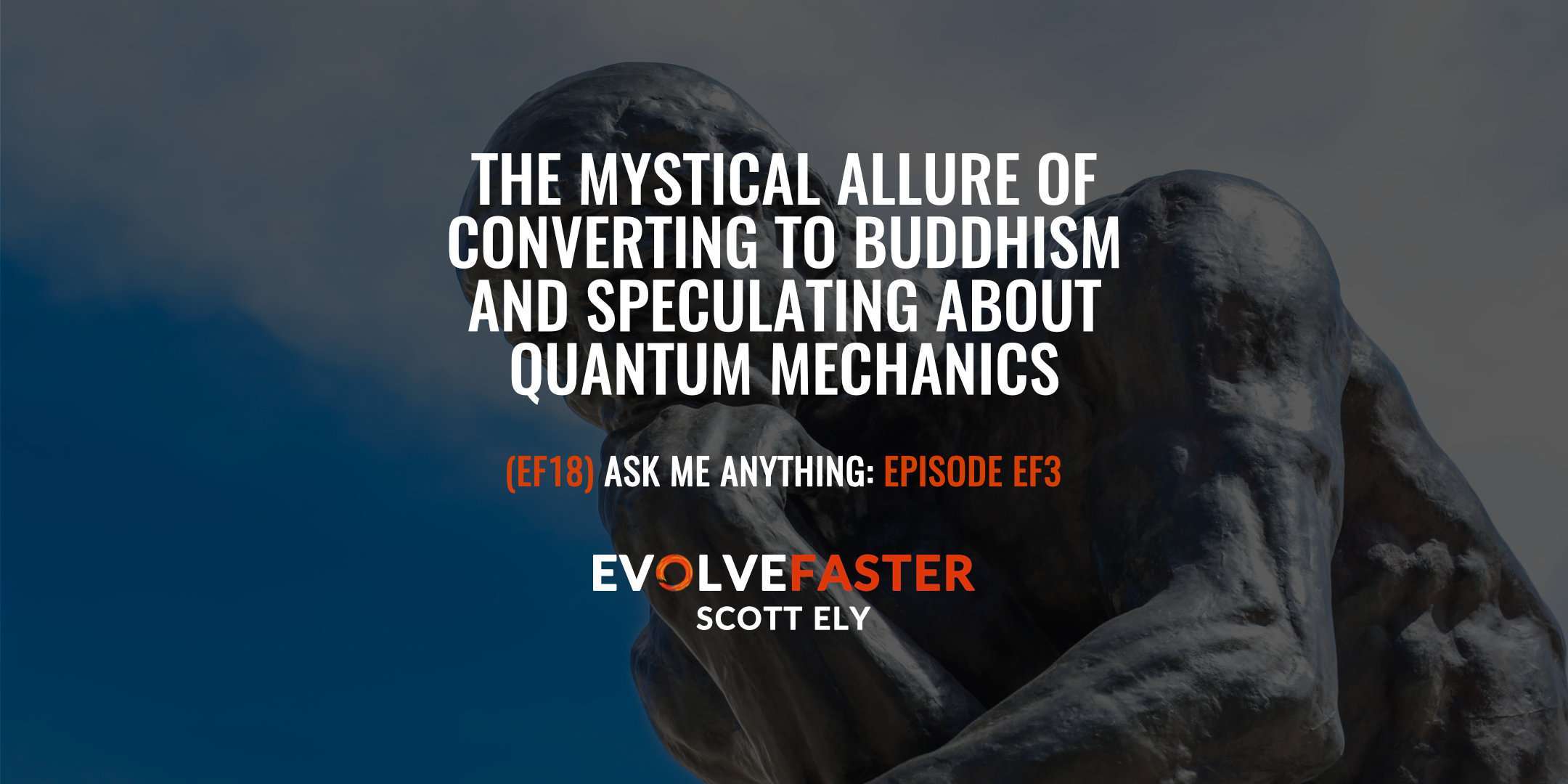 Looking to play or download the episode? Click here… EF18 (AMA-EF3): The Mystical Allure of Converting to Buddhism and Speculating about Quantum Mechanics— Ask Me Anything for Episode EF3

Spoiler alert: You’re about to listen to an Ask Me Anything  (AMA) of Episode EF3, which was Season 1, Episode 1 of the Evolve Faster Podcast titled All Aboard the Experience Machine: Destination…Unknown.  The driving question of this episode (and this AMA) for you to think through is … what are we supposed to do?! It’s a fascinating question that actually has surprisingly little research or philosophical investigation.

As a reminder about Episode EF3: Jonathan finds himself forced between two paths: a meaningful life filled with risky choices, or a safe life that might be filled with regret. If only there were a way to make everything simple, like an autopilot that steers the train towards an easy, happy and perfect finish line for you. But he has just half a day to find the solution to the issue we all face on a daily basis—What’s the right decision? 12 hours, millions of questions and seemingly no answers.

The first episode of the first season of the Evolve Faster Podcast Episode is driven by the big question What Am I Supposed To Do. We as human beings are known for making bad decisions in the moments of desperation. And what crisis than the existential crisis? Possibilities are limitless, correct answers next to none and there is no how-to manual. Ready to start?

To peek behind the curtain of Episode EF3, we’ll dissect the following submitted questions: 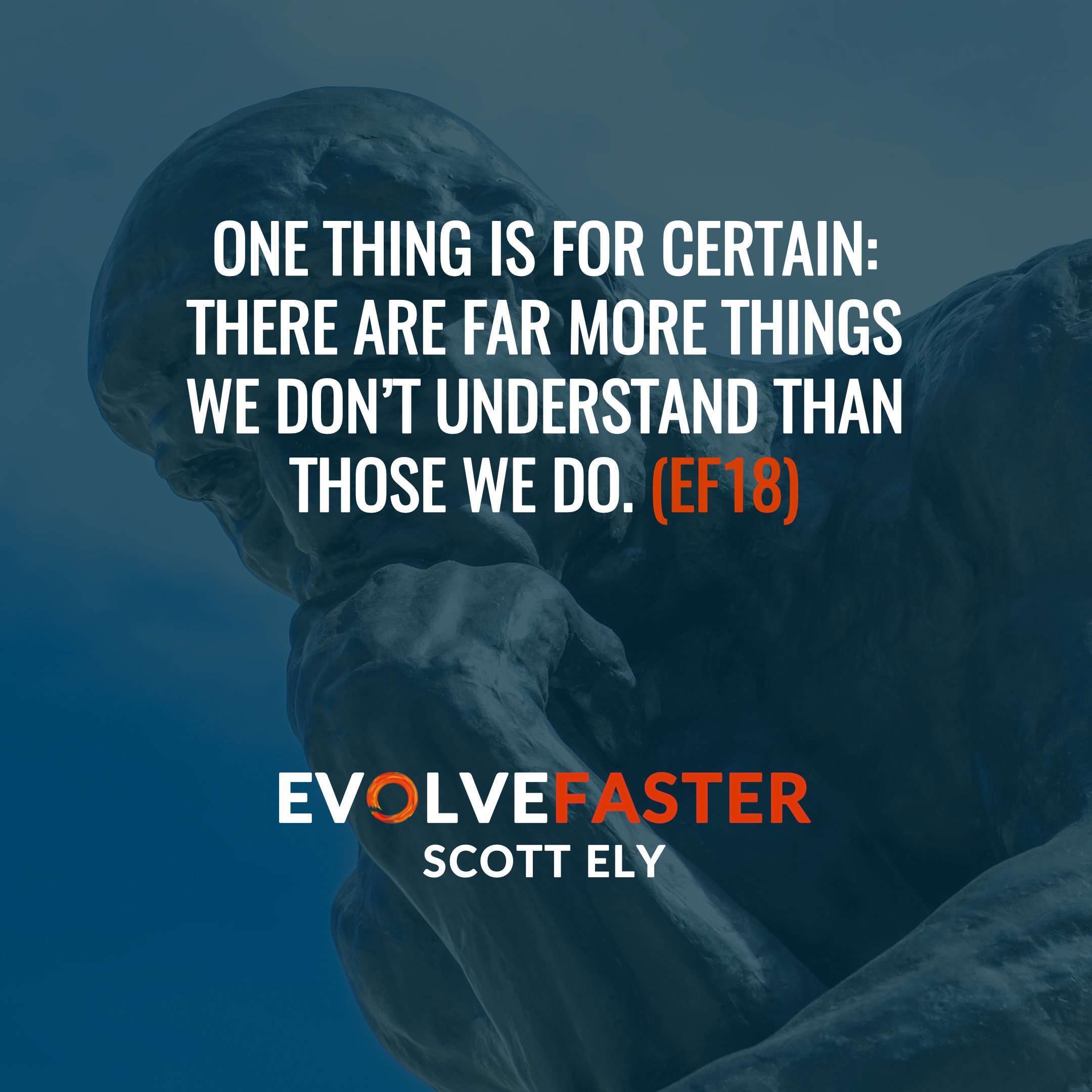 One thing that’s certain: there are far more things we don’t understand than what we do. 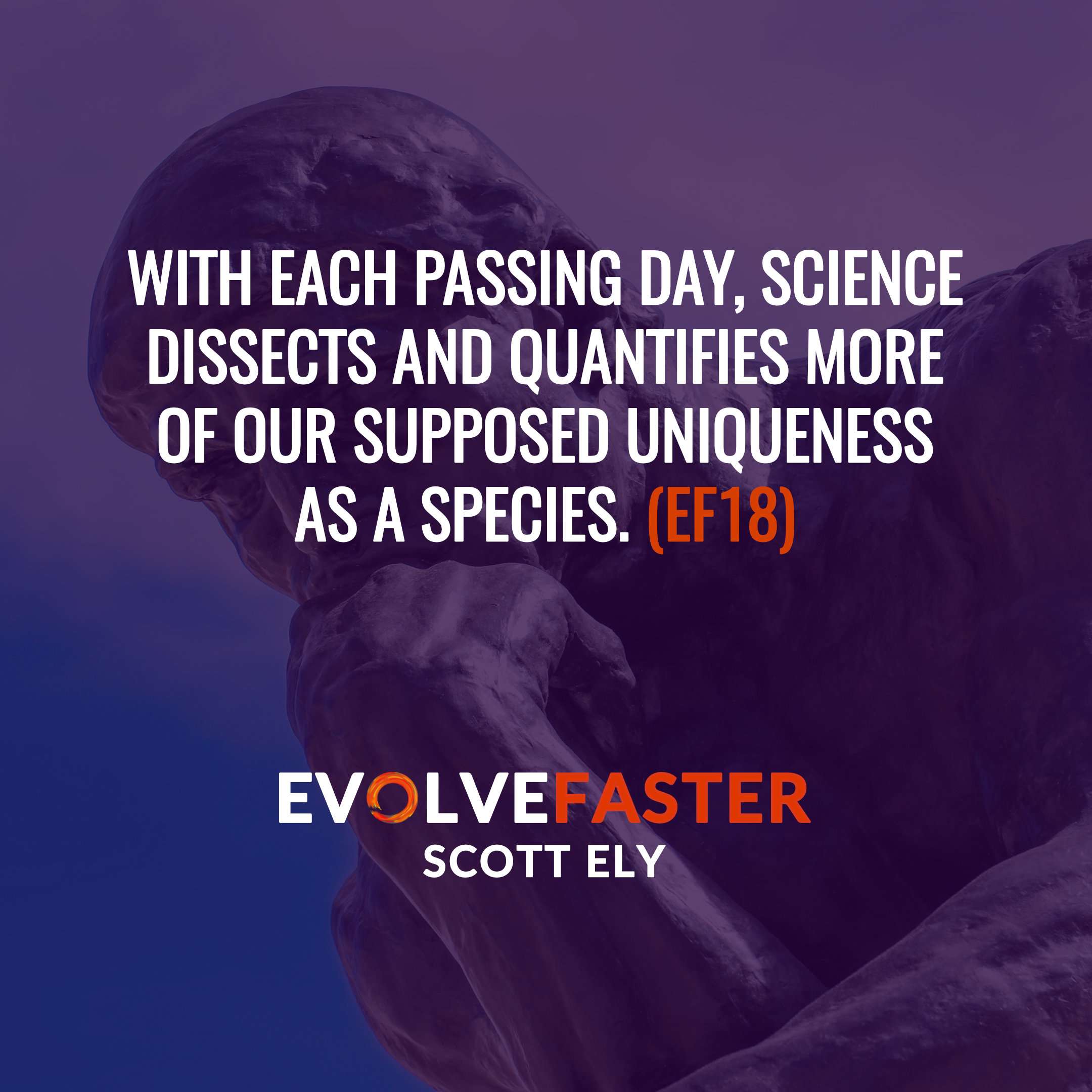 With each passing day, science dissects and quantifies more of our supposed uniqueness as a species. 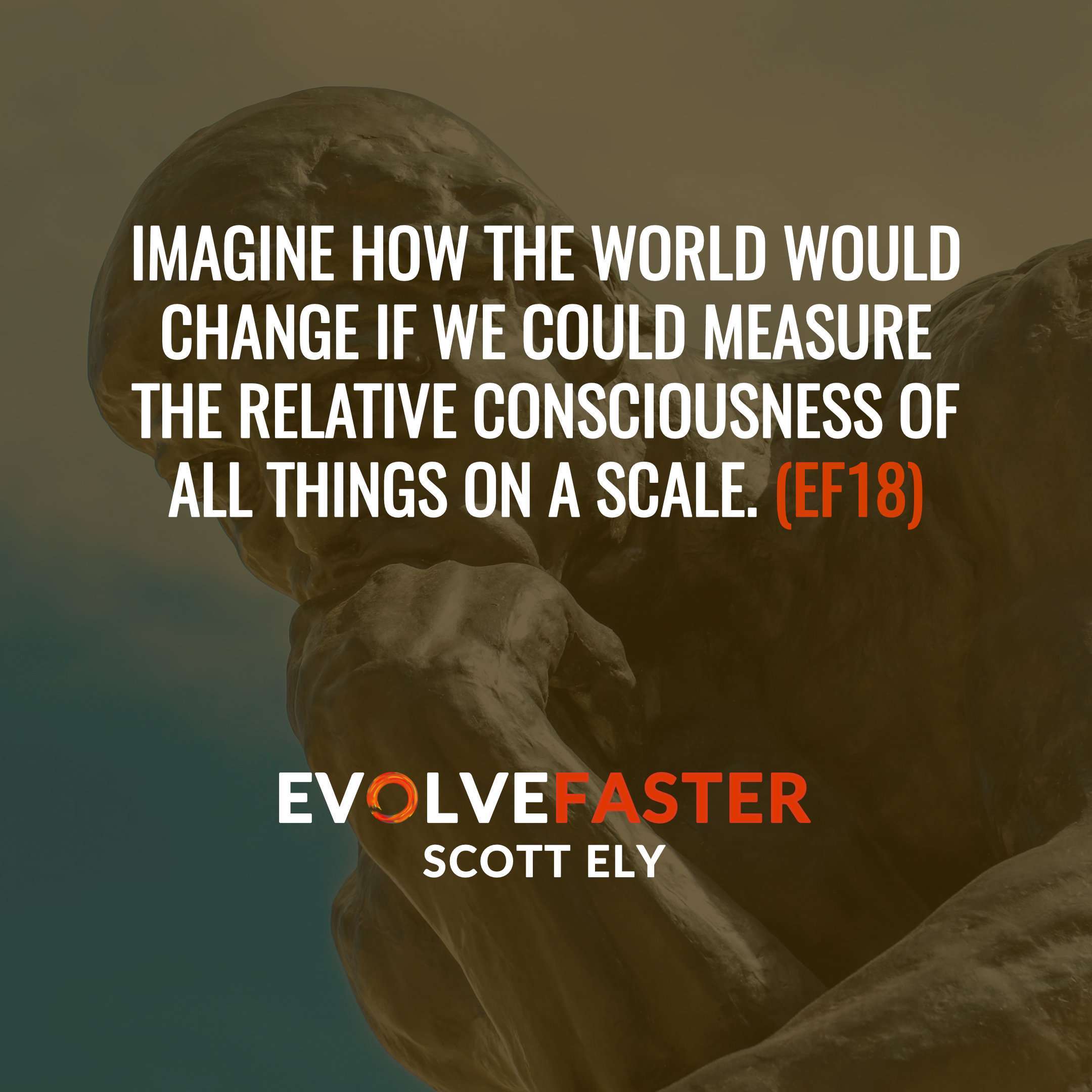 Imagine how the world would change if we could measure the relative consciousness of all things on a scale. 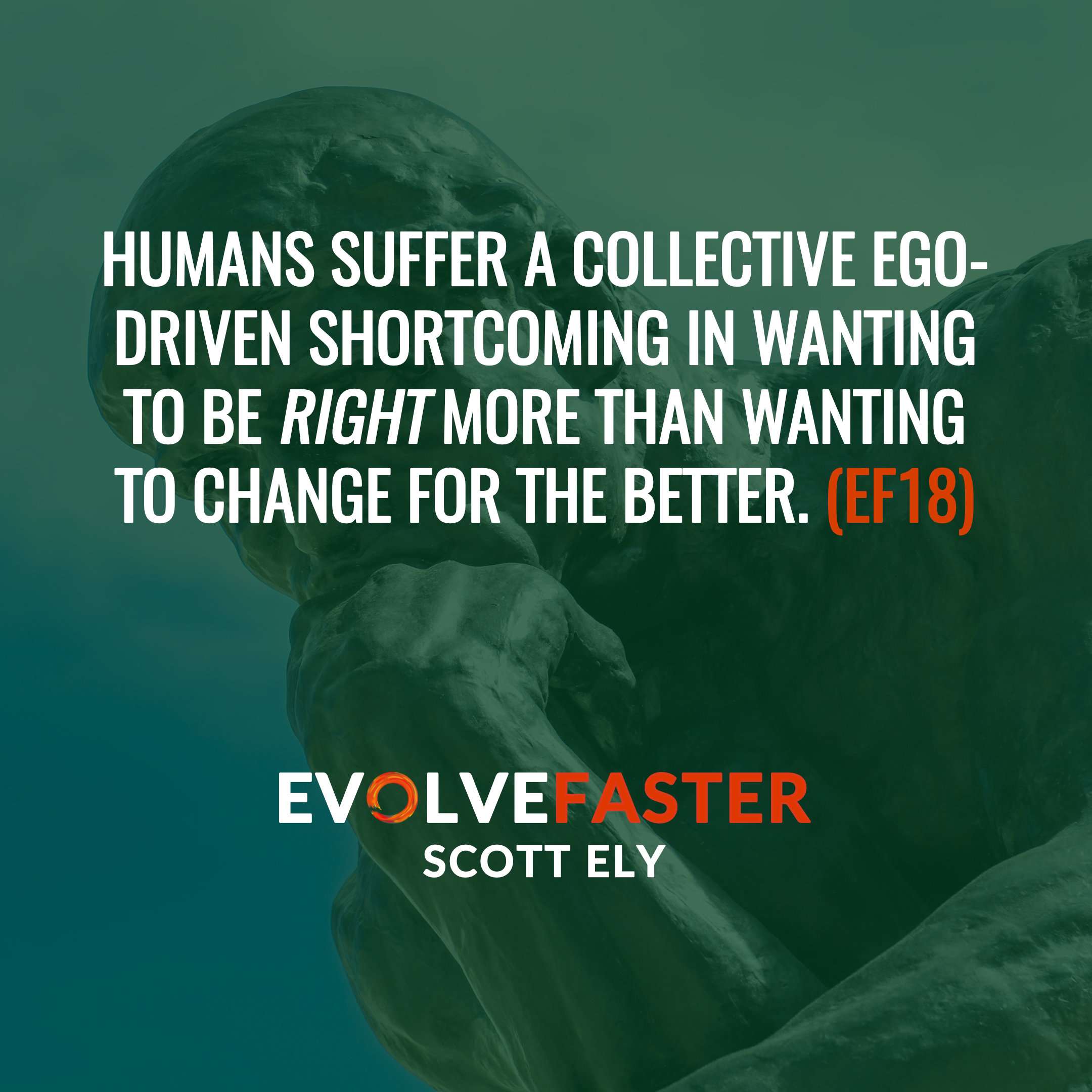 Humans suffer a collective ego-driven shortcoming in wanting to be right more than wanting to change for the better. 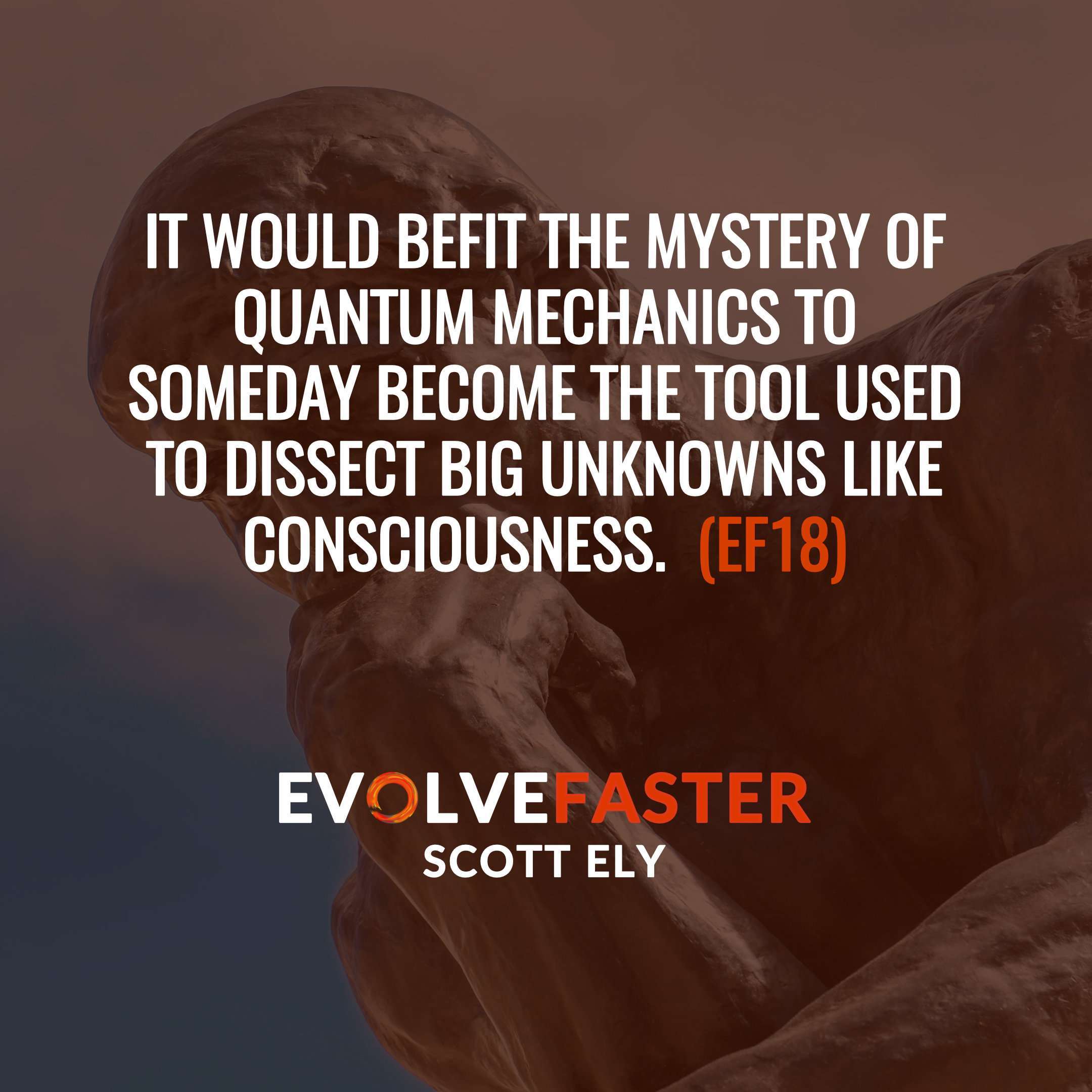 It would befit the mystery of quantum mechanics to someday be the tool to dissect the big unknowns like consciousness.