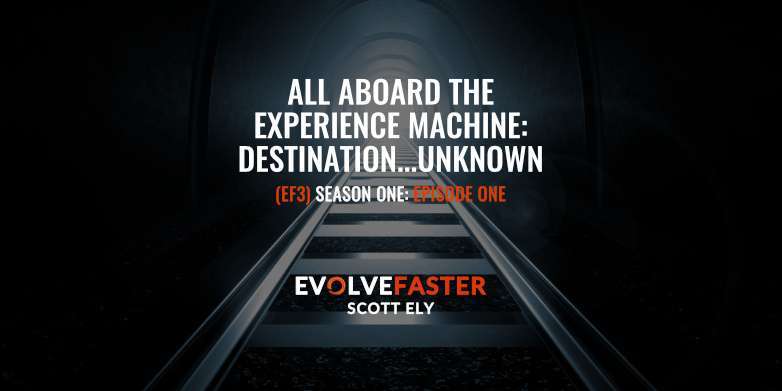 Looking to play or download the episode? Click here… (EF3) S1-E1: All Aboard the Experience Machine: Destination…Unknown (Season One, Episode One)

What Am I Supposed To Do?

The big question driving Episode EF3 is… What am I supposed to do? You can’t say we get to choose if we want to live this life or not. One day you’re born, and that’s it – your journey starts with zero preparation. Life is like playing guitar in some super complex jazz band – you have to figure things out as you go. Thus, it’s natural we don’t know what the heck we’re doing, and we get lost. Should I go to college? Maybe pack my bags and travel? Should I leave everything behind and start fresh? Because really, what are you supposed to do?

There are only a few people born with the talent to play the guitar of life, but what about the rest of us? What should you do to get what you want? Even worse, what is that you want? Sometimes, life can be a big quiz that only has questions, but almost no answers. Nevertheless, the questions you ask are more valuable than you might think. It’s the constant questioning you do that moves you forward even when you feel glued to a single place. All you need to do is accept the ride. 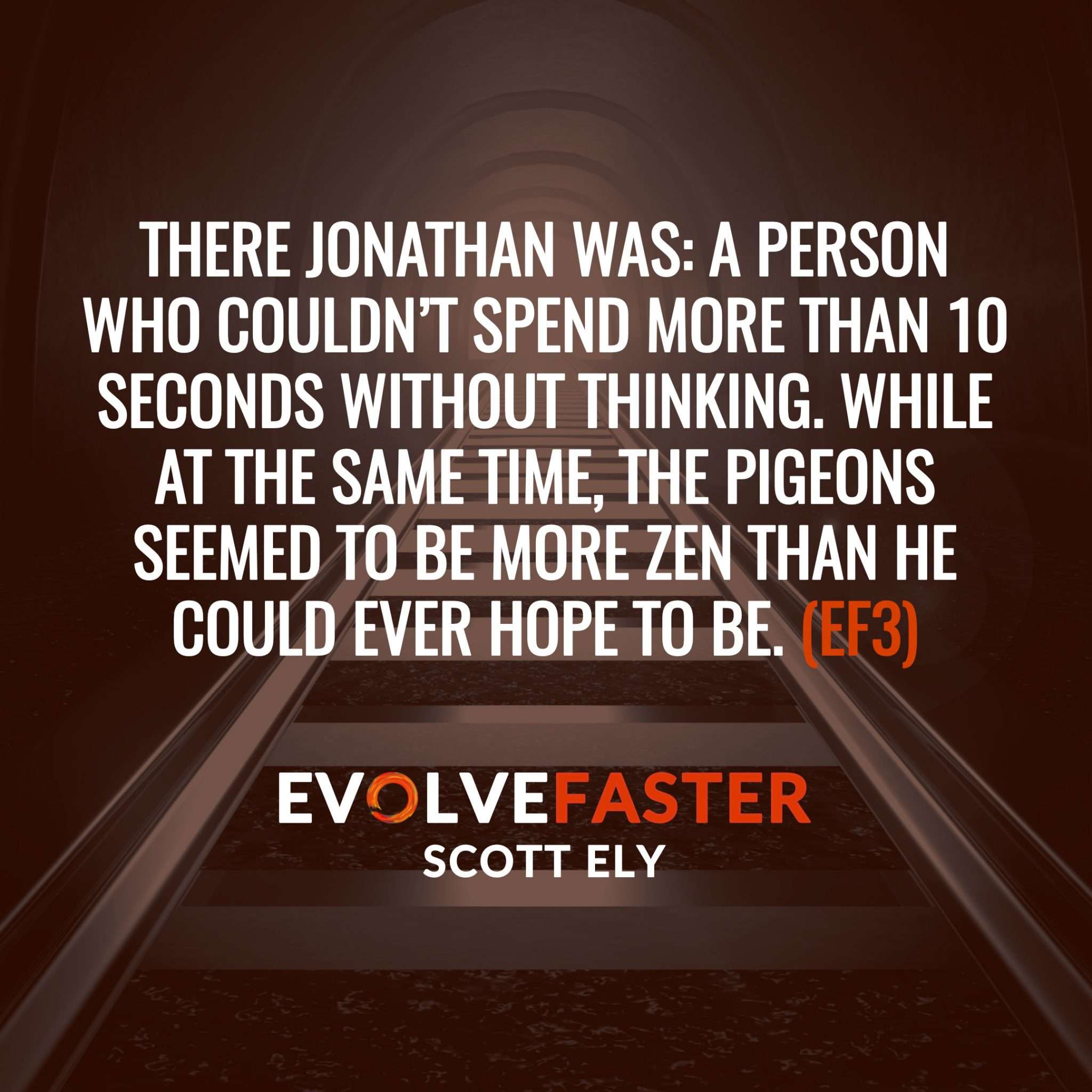 (EF3) There Jonathan was; a person who couldn’t spend more than 10 seconds without thinking; while at the same time, the pigeons seemed to be more “zen” than he could ever hope to be — The Evolve Faster Podcast (Season One, Episode One) 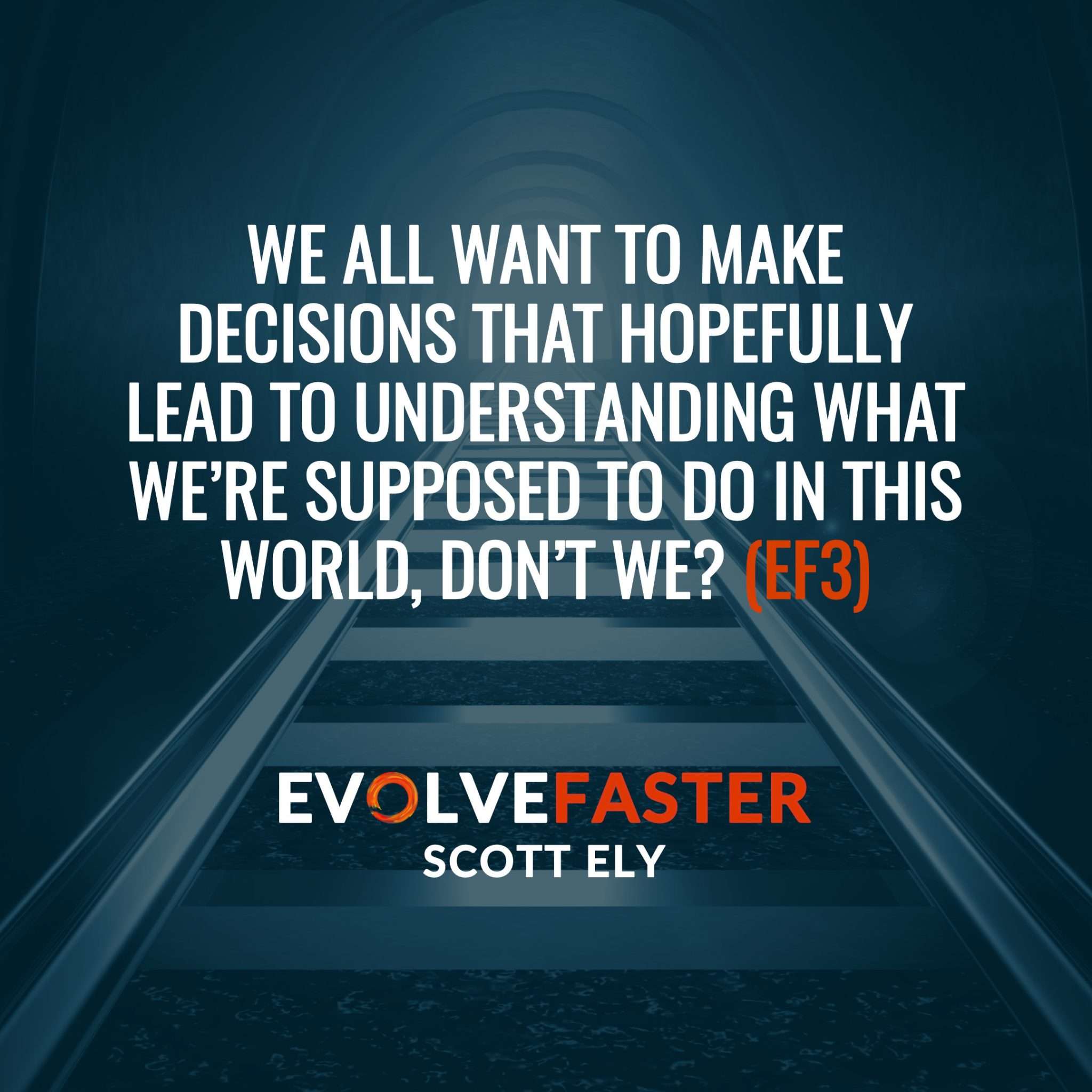 (EF3) We all want to make decisions that hopefully lead to an understanding of what we’re supposed to do in this world, don’t we? — The Evolve Faster Podcast (Season One, Episode One) 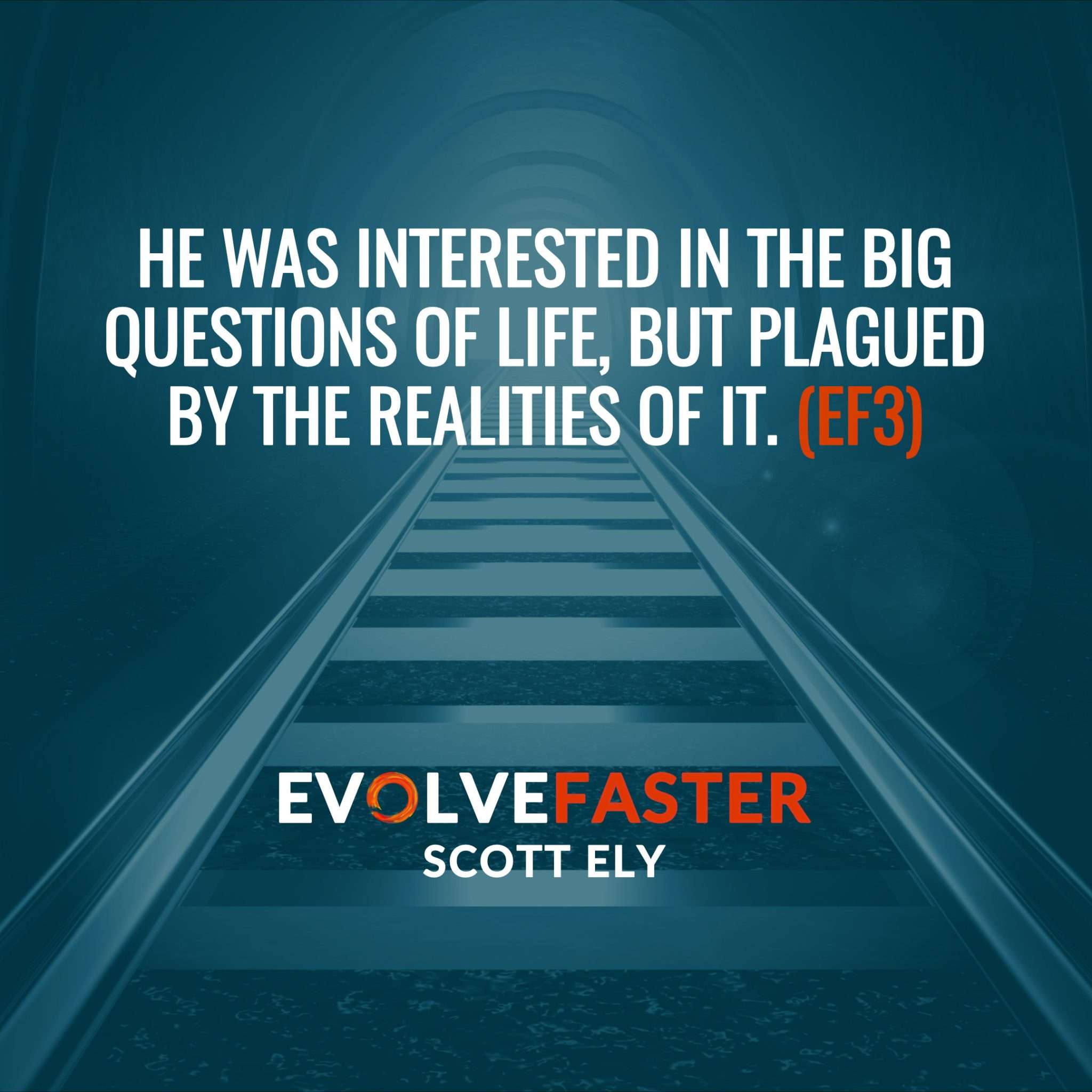 (EF3) He was interested in the big questions of life but plagued by the realities of it — The Evolve Faster Podcast (Season One, Episode One) 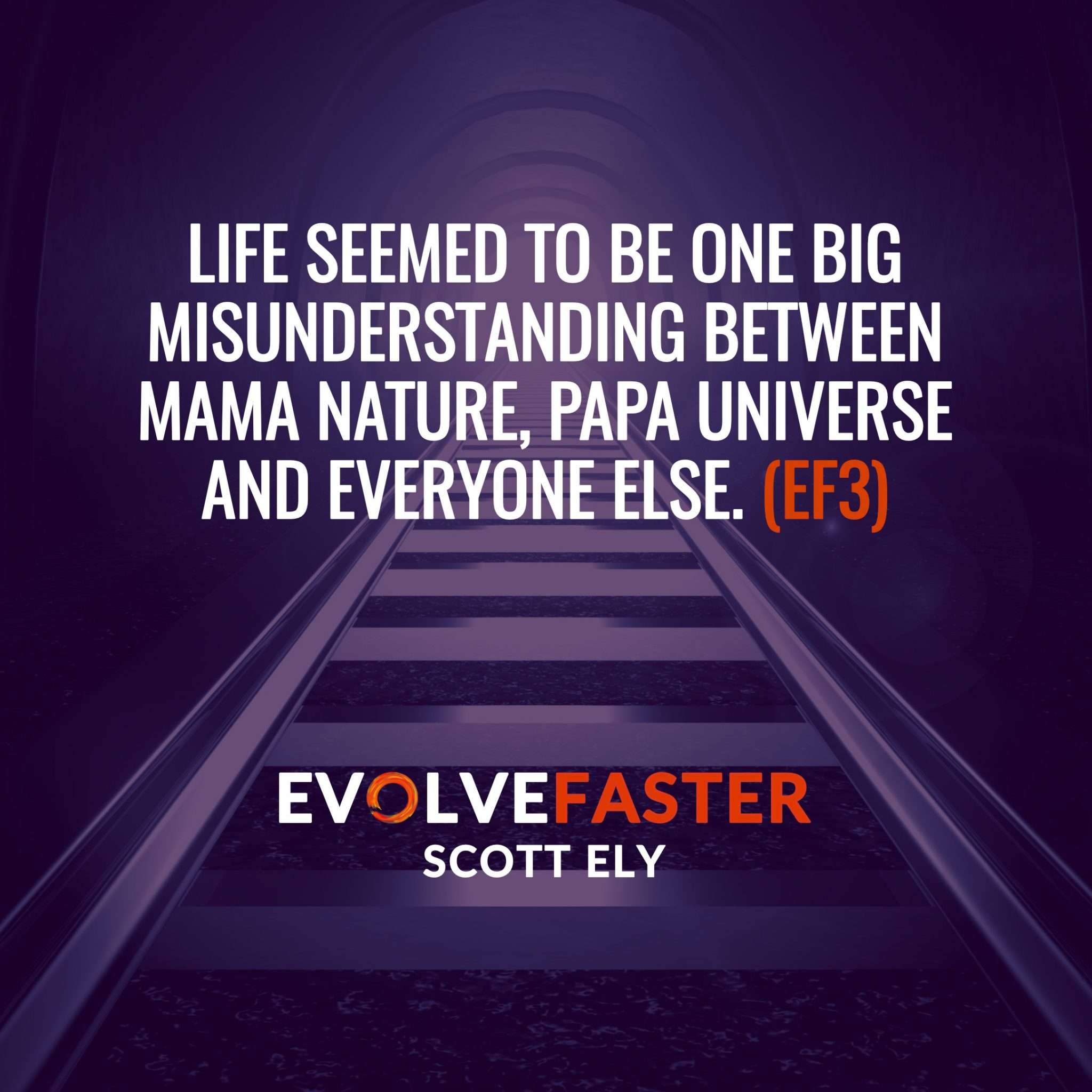 (EF3) Life seemed to be one big misunderstanding between mama nature, papa universe, and everyone else — The Evolve Faster Podcast (Season One, Episode One) 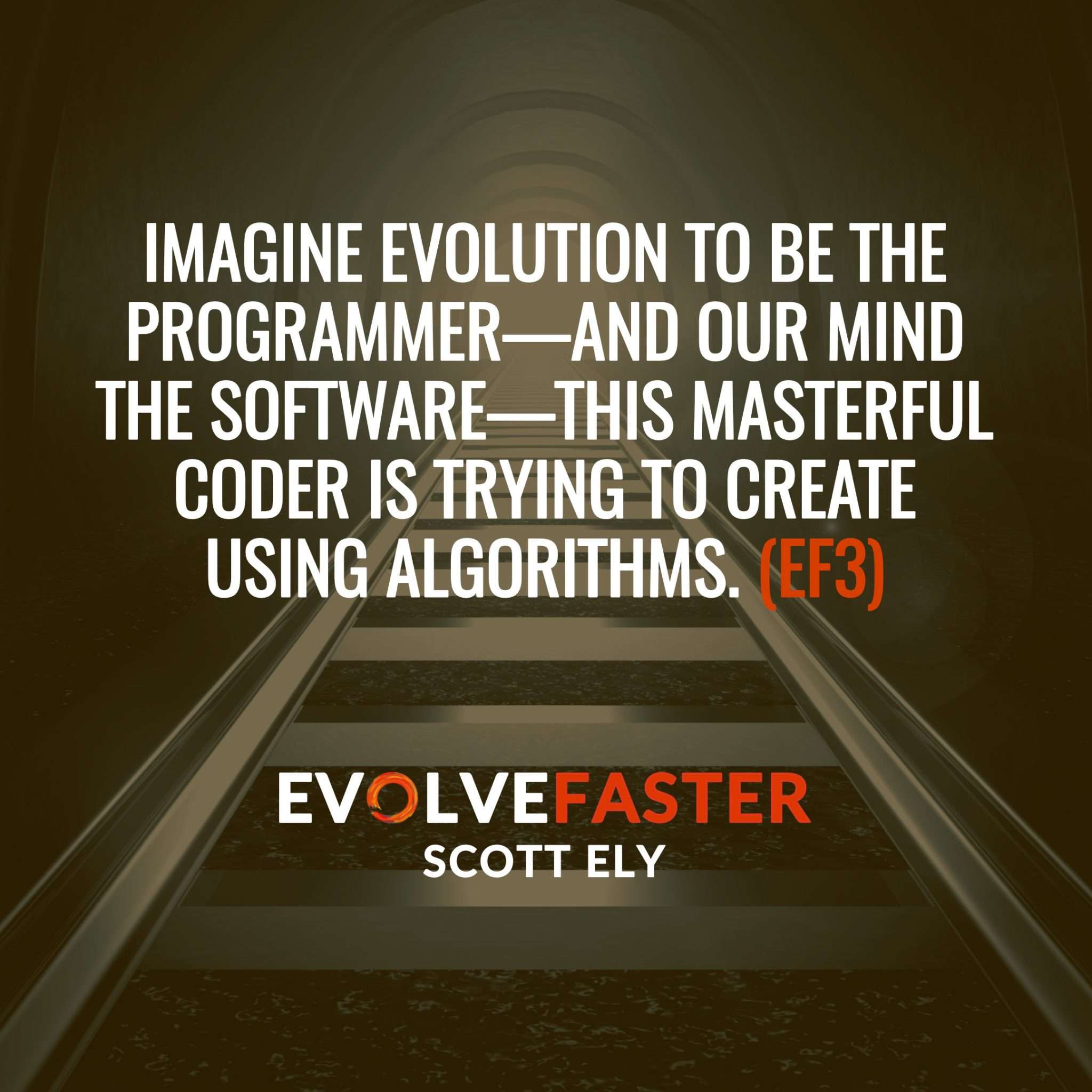 (EF3) Imagine evolution to be the programmer and our mind is the software this great programmer is trying to create through algorithms — The Evolve Faster Podcast (Season One, Episode One) 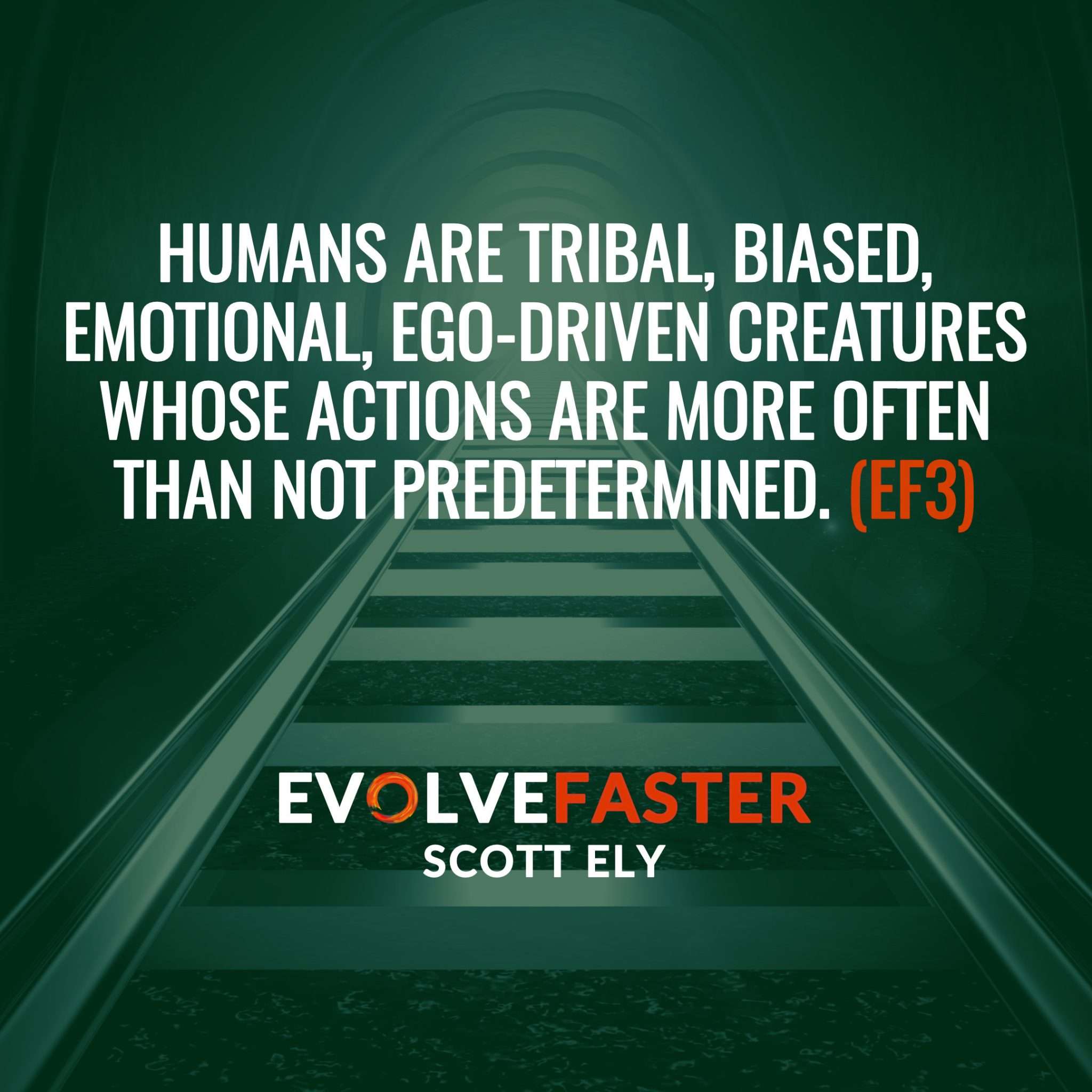 (EF3) Humans are tribal, biased, emotional, ego-driven creatures whose actions are more often than not predetermined — The Evolve Faster Podcast (Season One, Episode One) 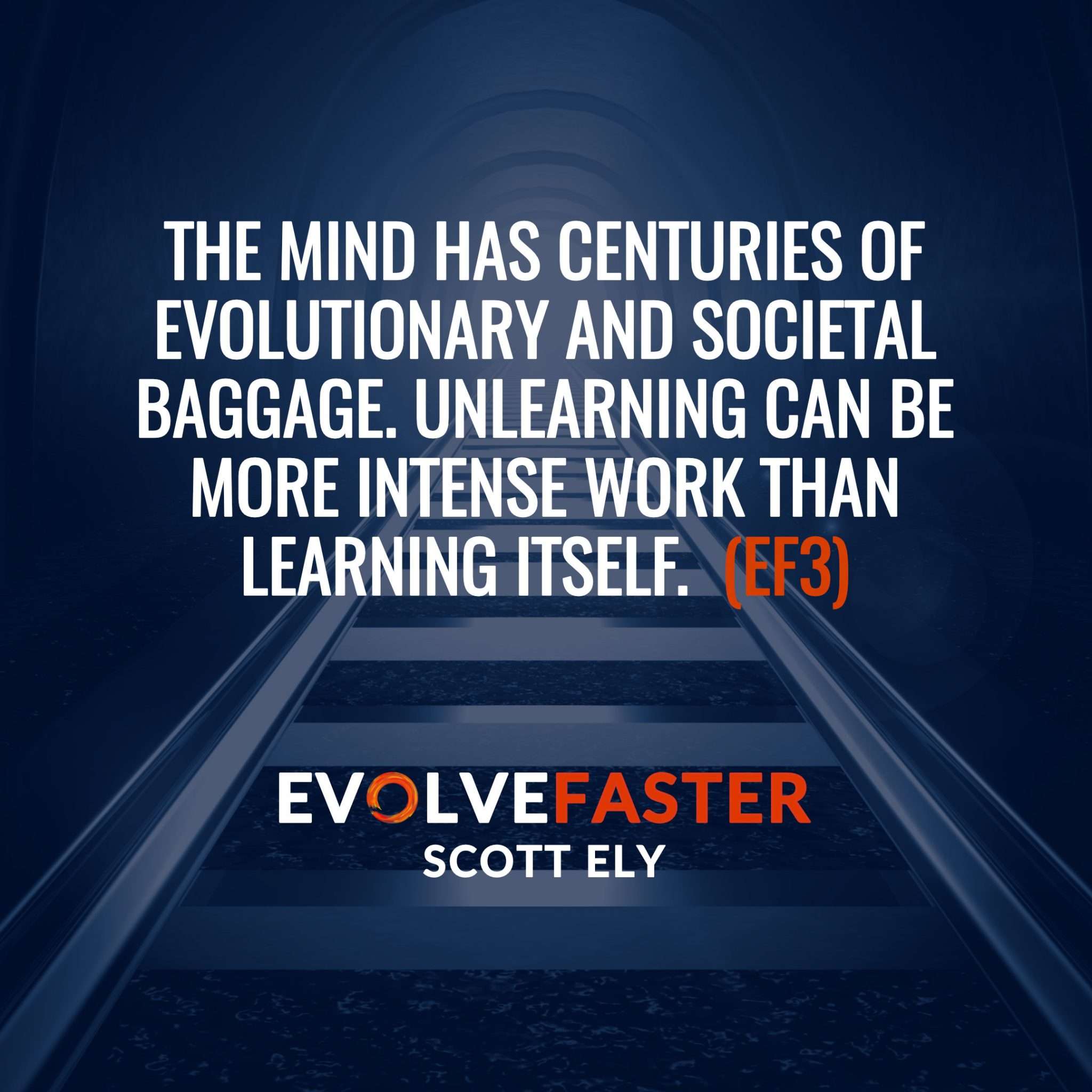 (EF3) The mind has centuries of evolutionary and societal baggage. Unlearning can be more intense work than learning itself — The Evolve Faster Podcast (Season One, Episode One) 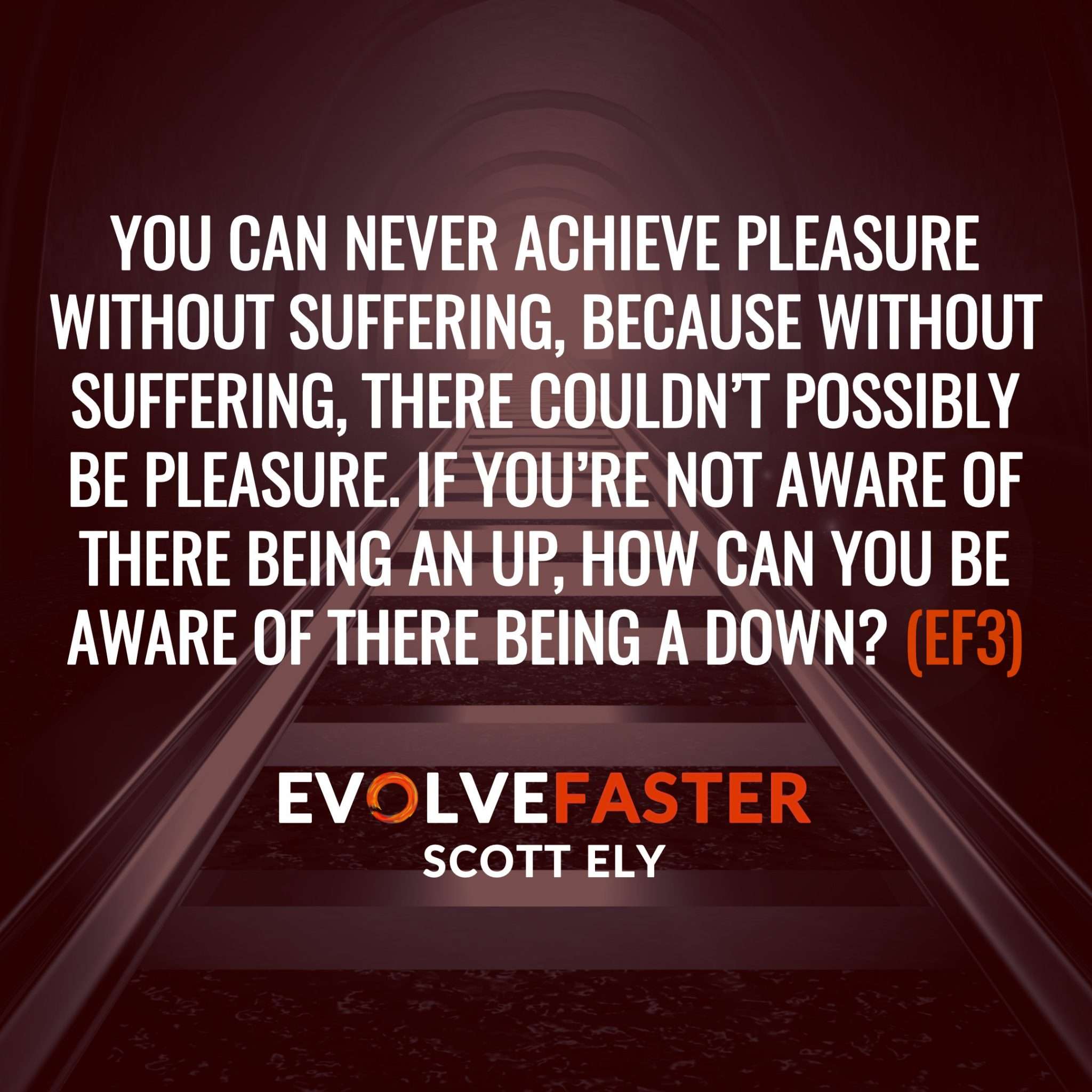 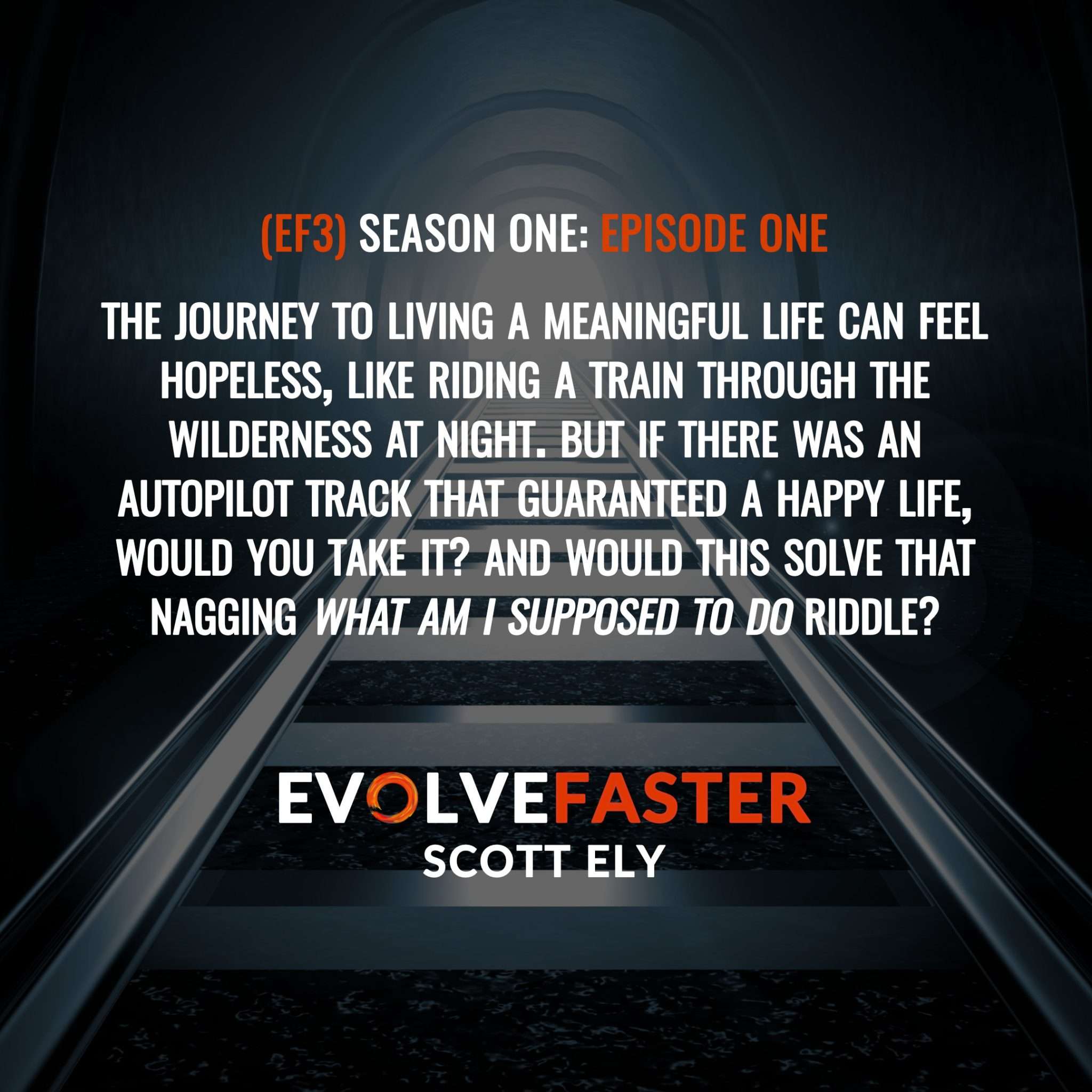 (EF3) Season One, Episode One: The journey to living a meaningful life can feel hopeless, like riding a train through the wilderness at night. But if there was an autopilot track that guaranteed a happy life, would you take it? Would this solve the nagging “What am I supposed to do” riddle? 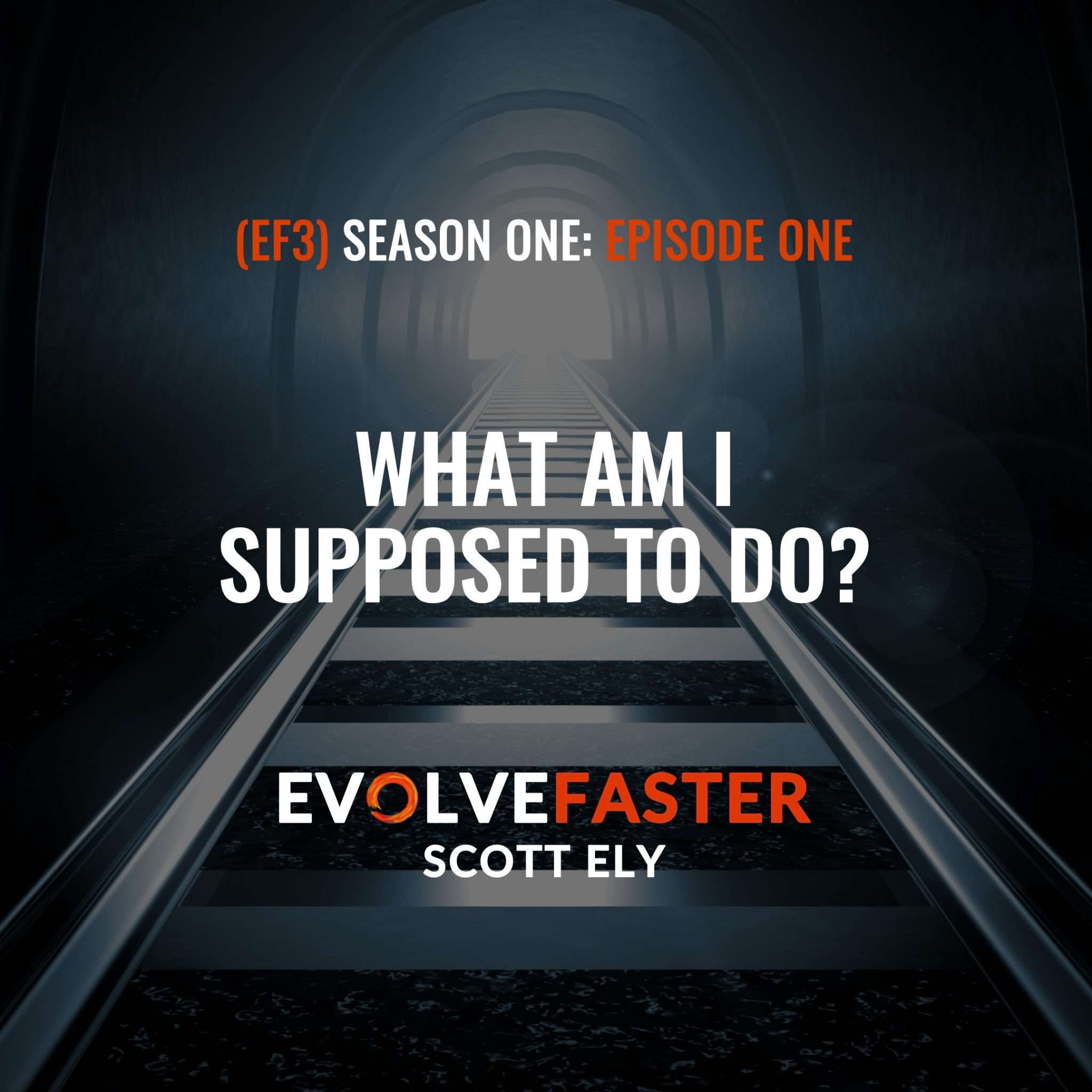 (EF3) Season One, Episode One: What am I supposed to do?