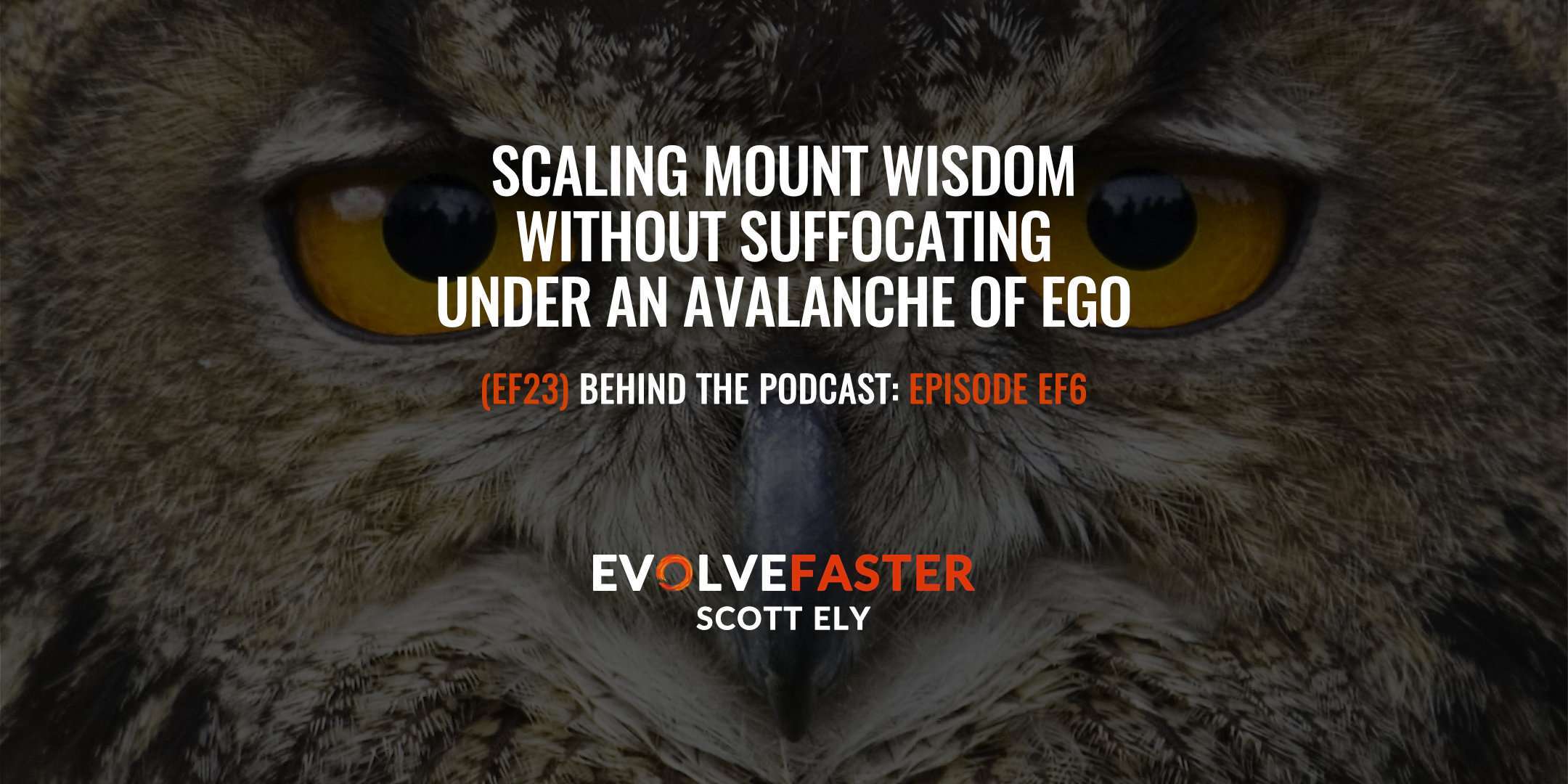 Looking to play or download the episode? Click here… EF23 (BTP-EF6): Scaling Mount Wisdom Without Suffocating Under an Avalanche of Ego — Behind The Podcast of Episode EF6

Spoiler alert: You’re about to listen to a Behind The Podcast  (BTP) of Episode EF6, which was Season 1, Episode 4 of the Evolve Faster Podcast titled Information Mainlining and the Folly of Modern Wisdom.  The driving question of this episode (and this BTP) for you to think through is … what is wisdom?!

As a reminder about Episode EF6: Paul, a child prodigy who became a leading theoretical physicist in his early 30s, is facing a personal dilemma that is making him miserable—the realization that he might be woefully deficient in the one thing he most reveres. Although filled with endless knowledge, he isn’t wise. But how? Isn’t harnessing more and more information the key to becoming wise? In his attempt to figure it out, Paul might realize the obstacle he’s facing isn’t even close to being the final one. And can he feel like a complete person without it?

The fourth episode of the first season of the Evolve Faster Podcast Episode is driven by the big question What Is Wisdom? Is it possible for all of us to attain true wisdom and if so, how do we do that? Are there rules to the game or does each one of us have to take their own path towards wisdom? 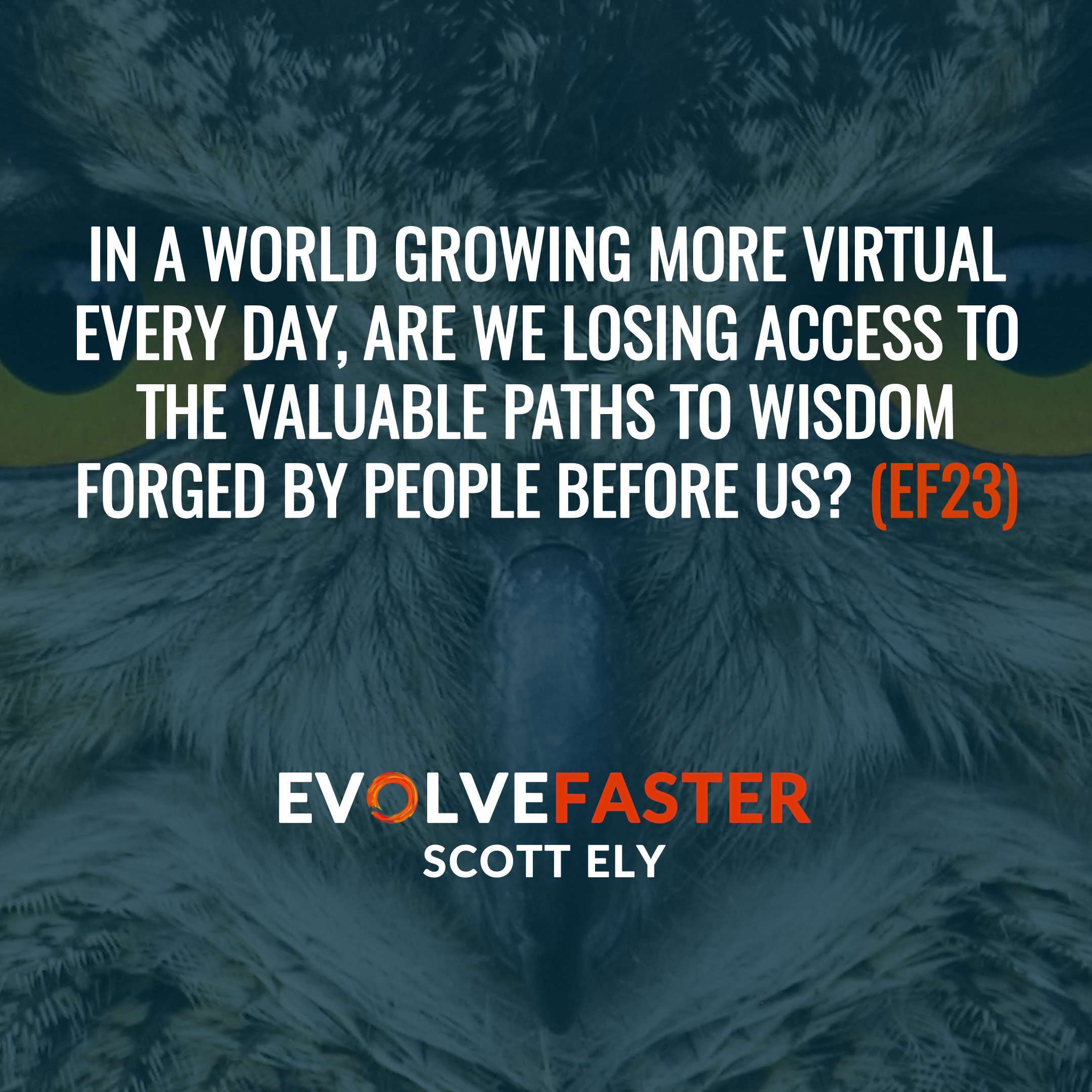 In a world growing more virtual every day, are we losing access to the valuable paths to wisdom forged by people before us? 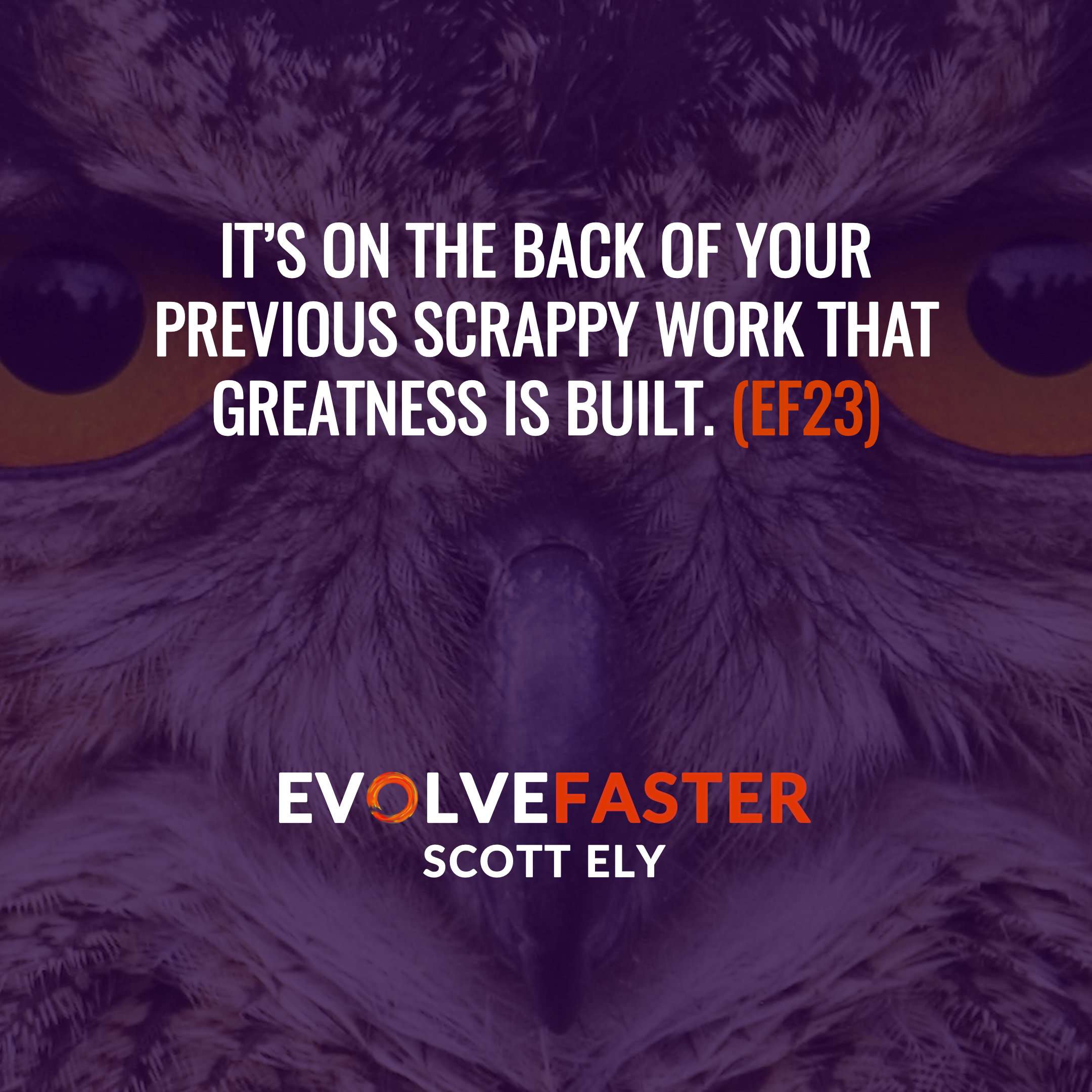 It’s on the back of your previous scrappy work that our greatness is built. 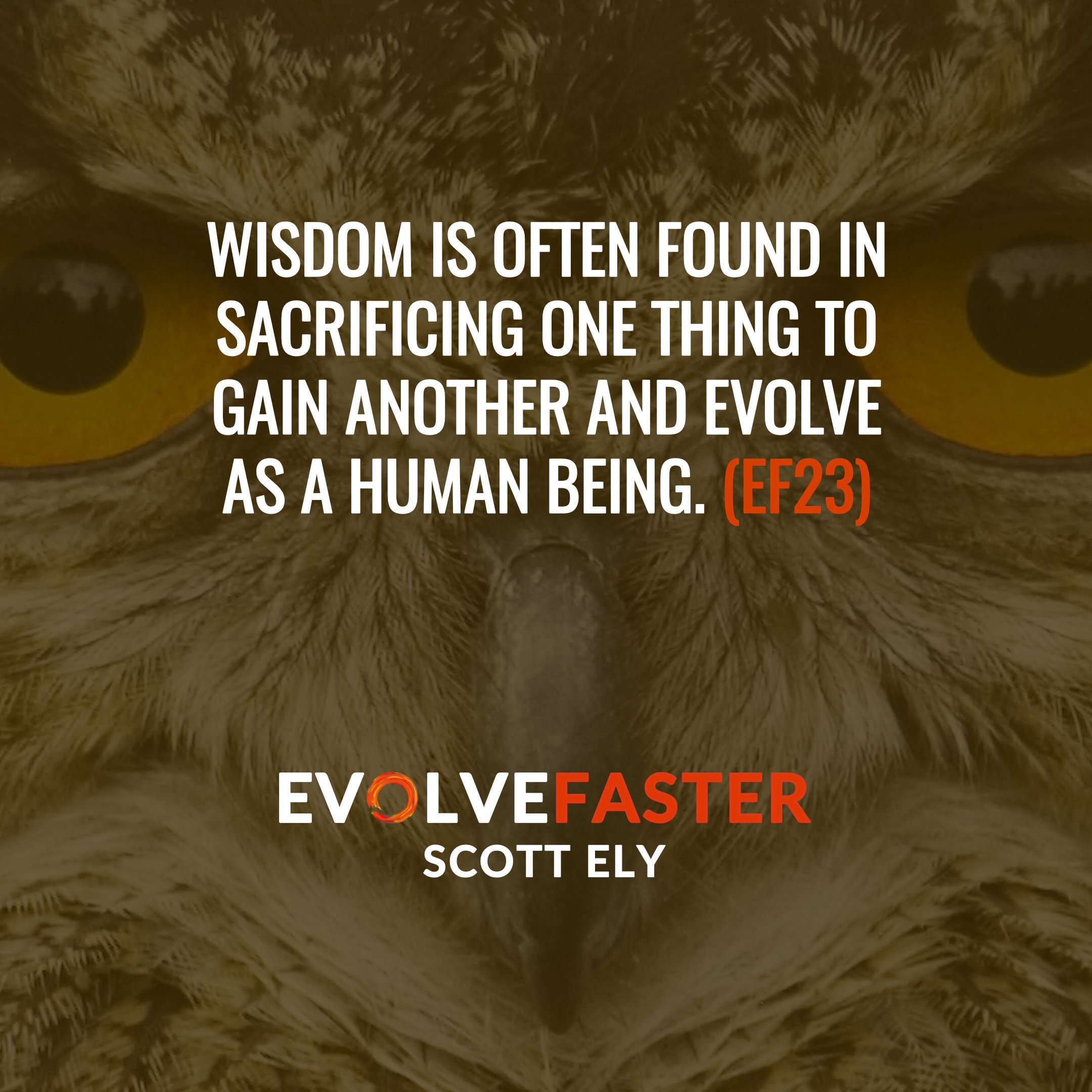 Wisdom is often found in sacrificing one thing to gain another and evolve as a human being. 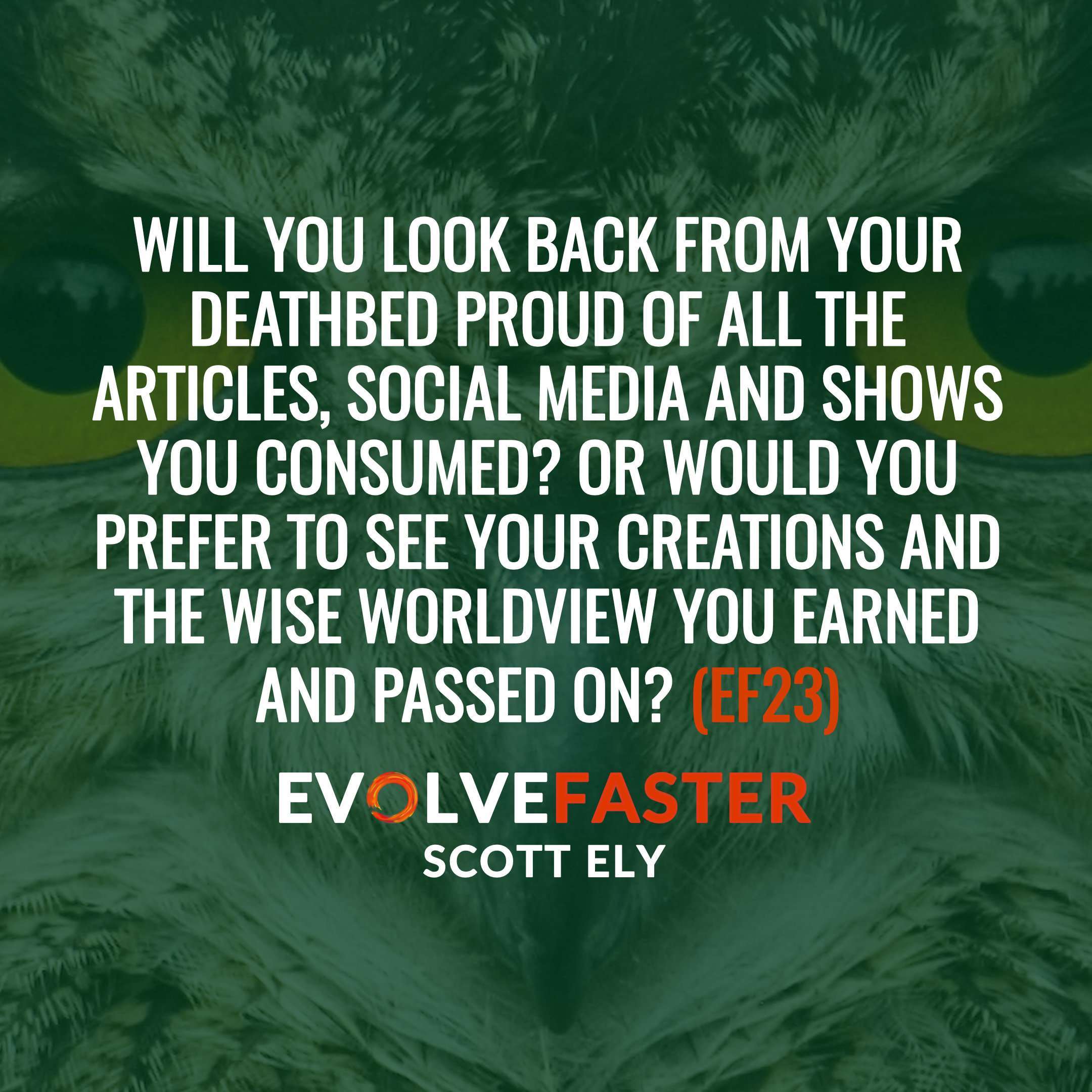 Will you look back from your deathbed proud of all the articles, social media and shows you consumed? Or would you prefer to see your creations and the wise worldview you both earned and then passed on? 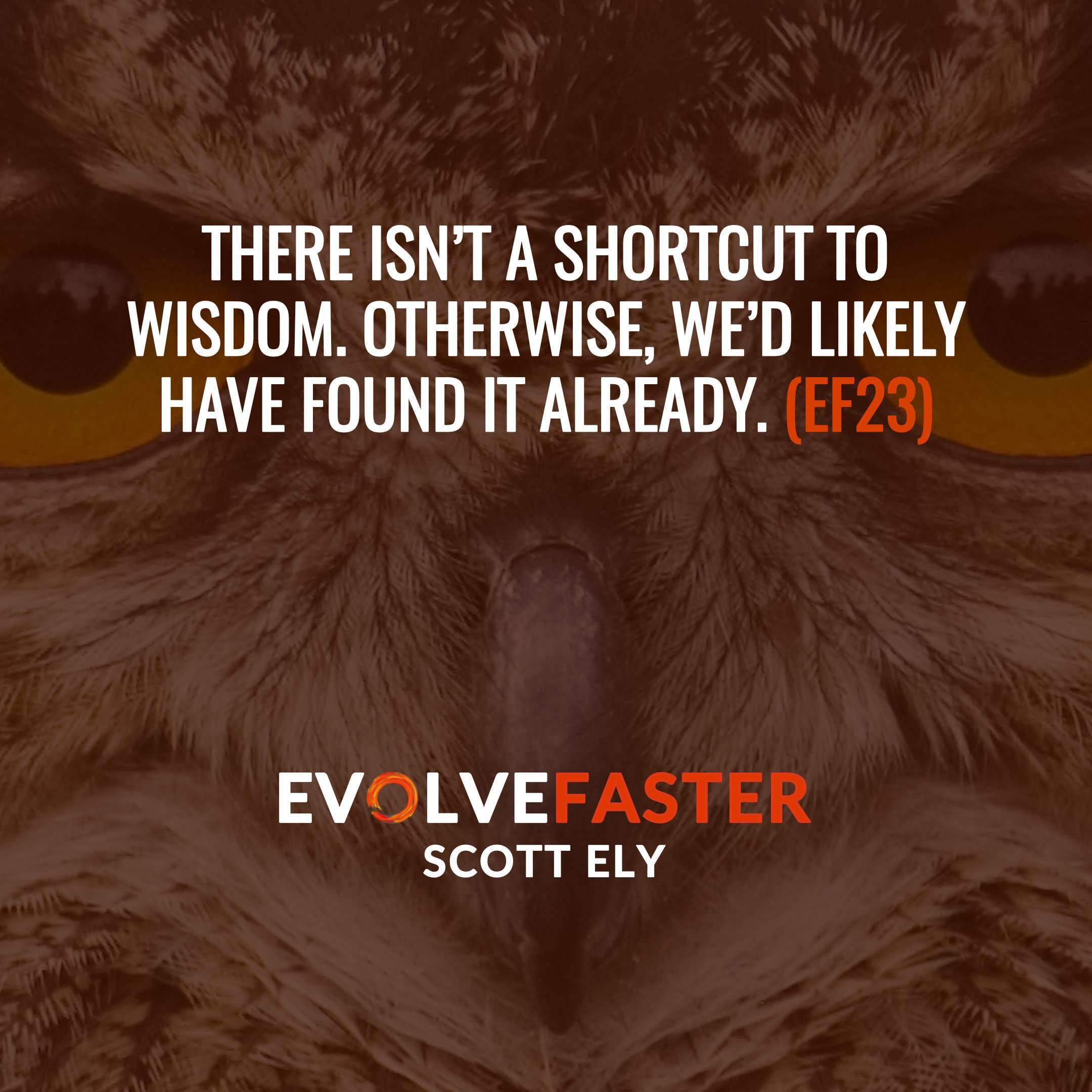 There isn’t a shortcut to wisdom, otherwise, we’d likely already have found it.