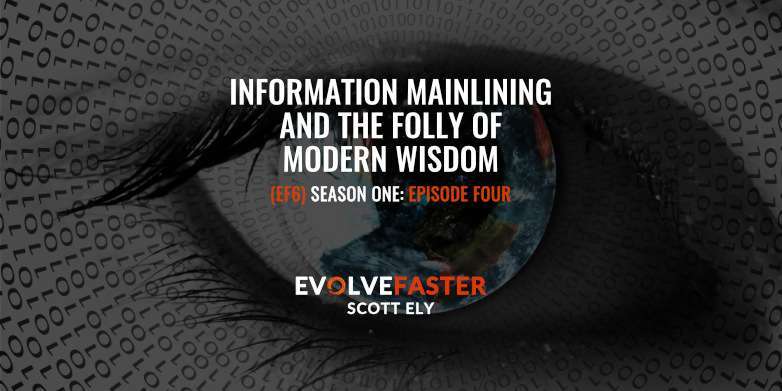 Looking to play or download the episode? Click here…(EF6) S1-E4: Information Mainlining and the Folly of Modern Wisdom (Season One, Episode Four)

How Do You Acquire Widsom?

The big question driving Episode EF6 is … How do you acquire wisdom? To make something out of your life, you need knowledge. From the moment you’re born, you begin to absorb the basics of living. You start school and gather even more knowledge that hopefully will become useful later in life. But what about wisdom? Is it possible to learn to be wise? Or maybe wisdom only comes with age. But that would imply every old person is wise?

An even better question: is wisdom necessary for leading a satisfying life? It certainly seems useful, but what exactly do you get from it? Finally, does prudence require you to know more than the basic math back from elementary school? Or maybe, wisdom overshadows traditional knowledge and a person can be wise (or dumb) no matter the number of finished books under their belt?

Paul, a child prodigy who became a leading theoretical physicist in his early 30s, is facing a personal dilemma that is making him miserable—the realization that he might be woefully deficient in the one thing he most reveres. Although filled with endless knowledge, he isn’t wise. But how? Isn’t harnessing more and more information the key to becoming wise? In his attempt to figure it out, Paul might realize the obstacle he’s facing isn’t even close to being the final one. And can he feel like a complete person without it?

The idea of wisdom goes back to Ancient Greece, from Socrates and Plato to modern day reinterpretations and research by sociologists like Monika Ardelt. In this episode’s exploration, the real questions come forth. Even if we can define wisdom, is that enough to come by it? Can anyone become truly wise in this world of rapidly changing information? And what will happen to the world if wisdom is declining in reverse proportion to the volumes of information available every day? 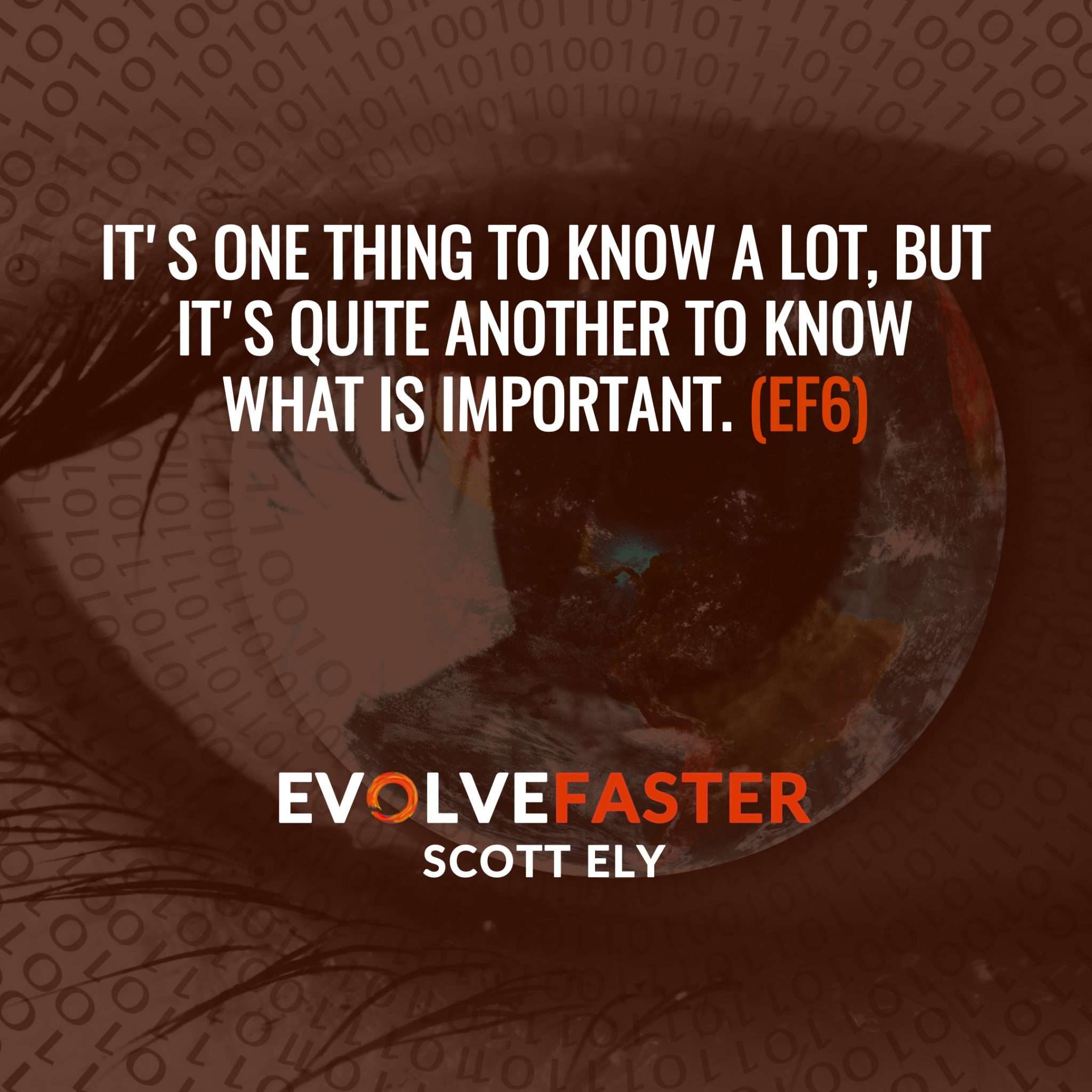 (EF6) It is one thing to know a lot, and quite another to know what is important — The Evolve Faster Podcast (Season One, Episode Four) 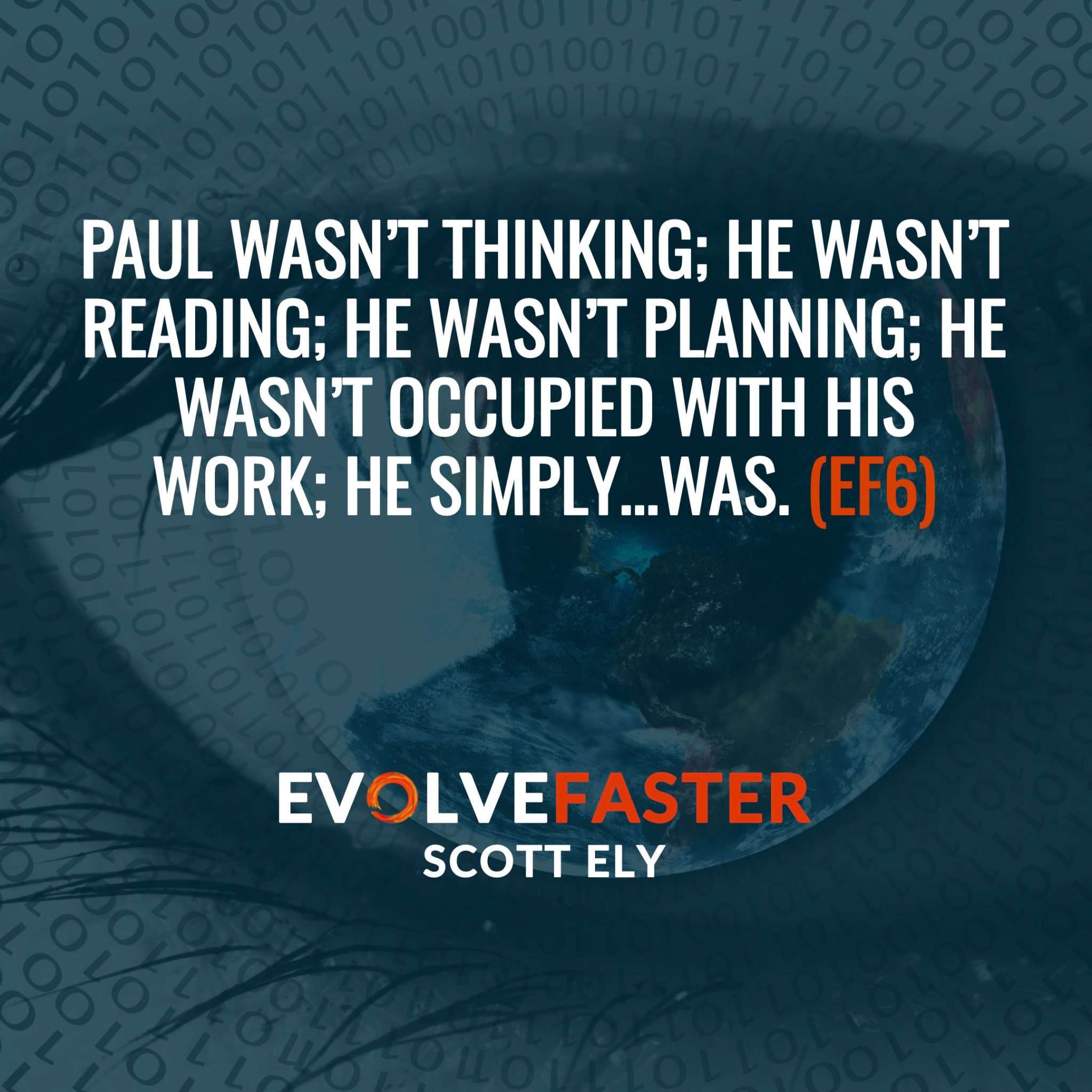 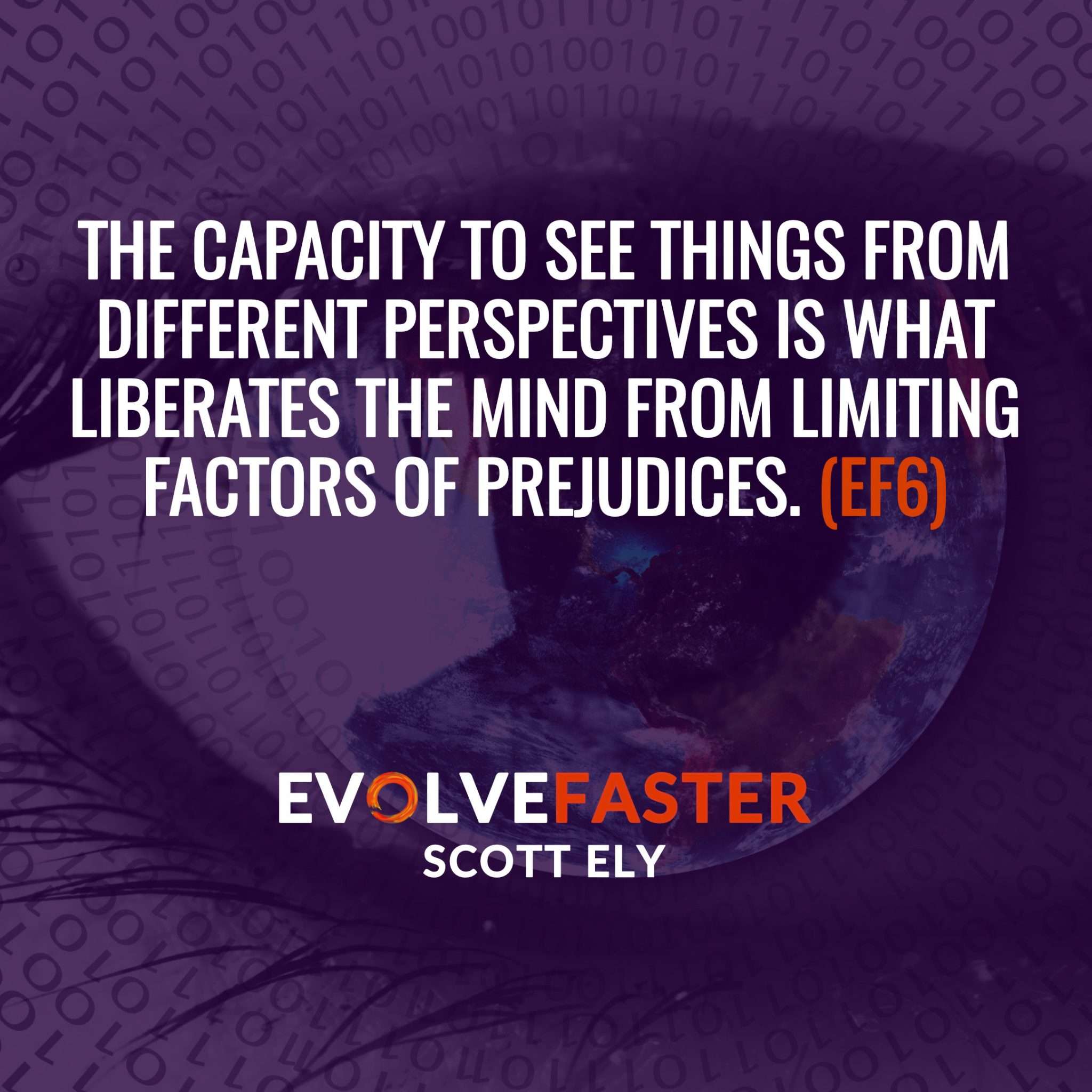 (EF6) The capacity to see things from different perspectives is what liberates the mind from limiting factors of prejudices — The Evolve Faster Podcast (Season One, Episode Four) 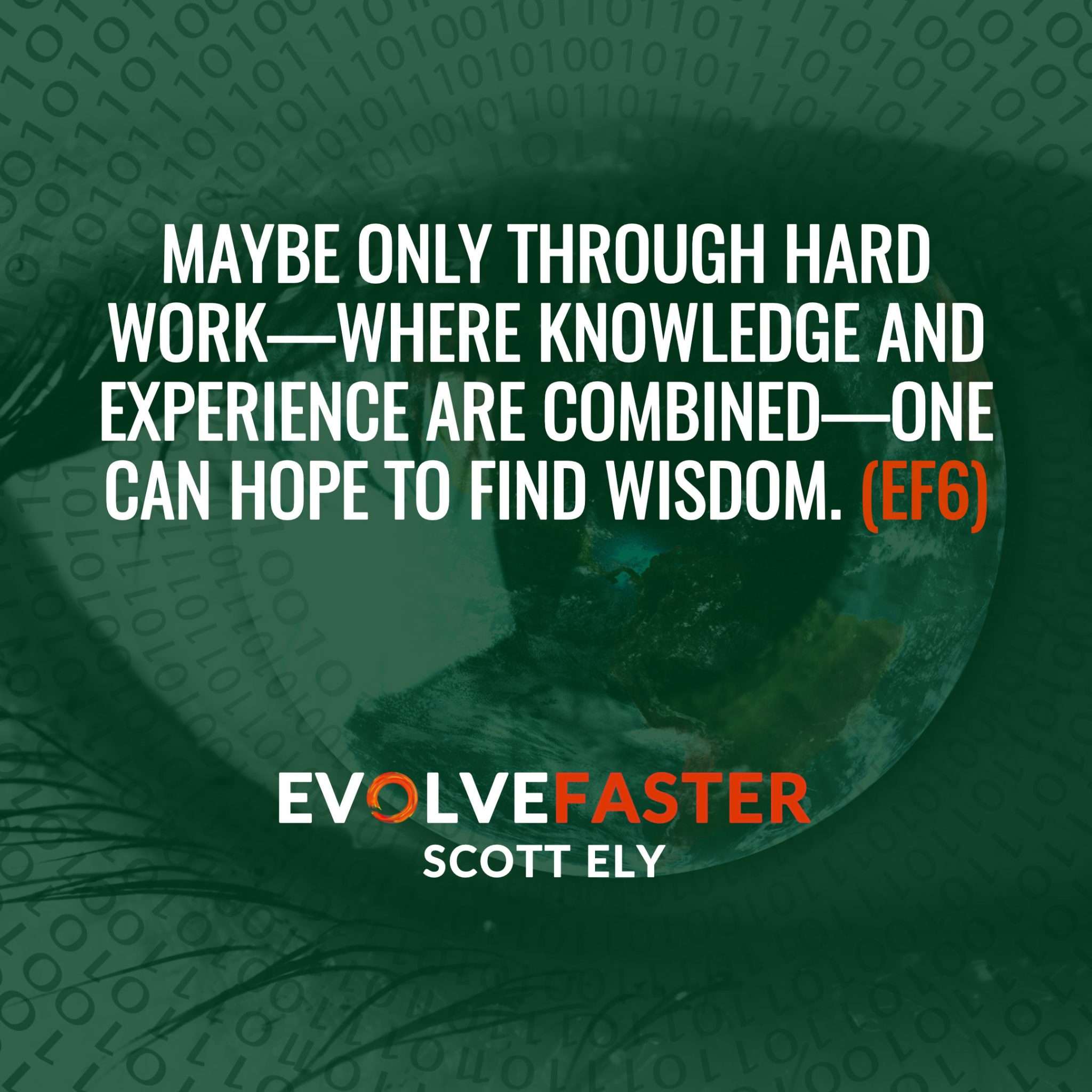 (EF6) Maybe only through hard work where knowledge and experience are combined, one can hope to find wisdom — The Evolve Faster Podcast (Season One, Episode Four) 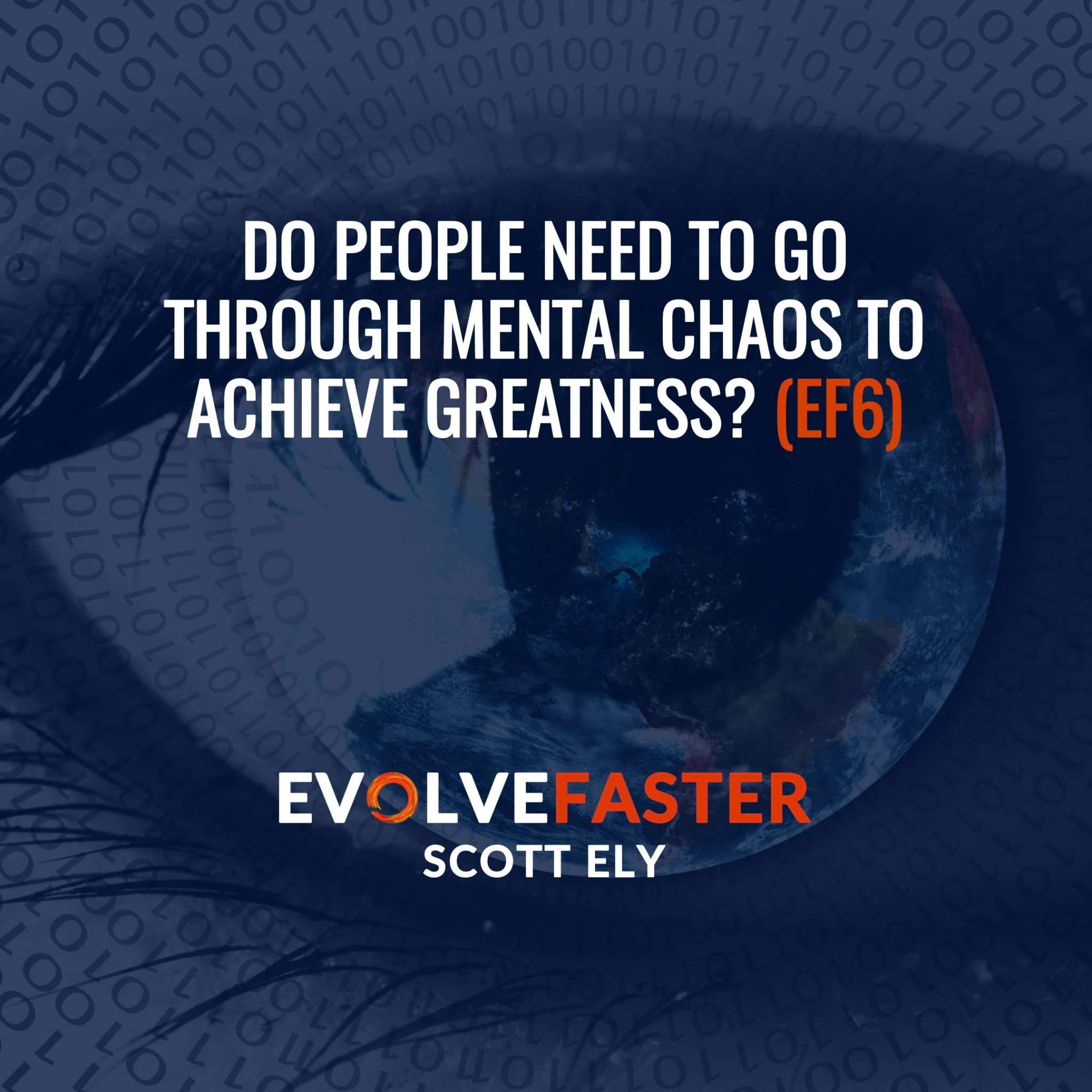 Do people need to go through mental chaos to achieve greatness? — The Evolve Faster Podcast (Season One, Episode Four) 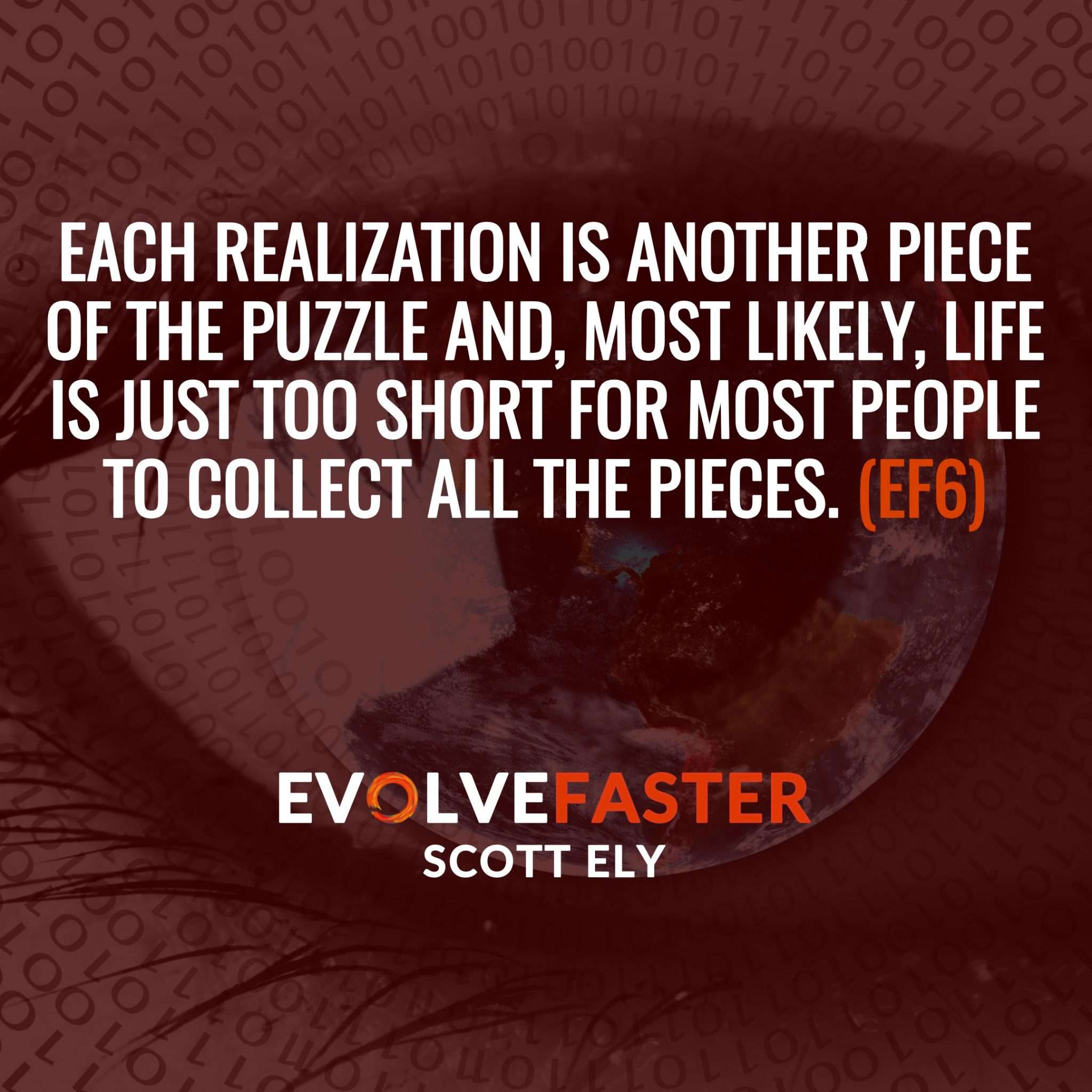 (EF6) Each realization is another piece of the puzzle and, most likely, life is just too short for people to collect all the pieces — The Evolve Faster Podcast (Season One, Episode Four) 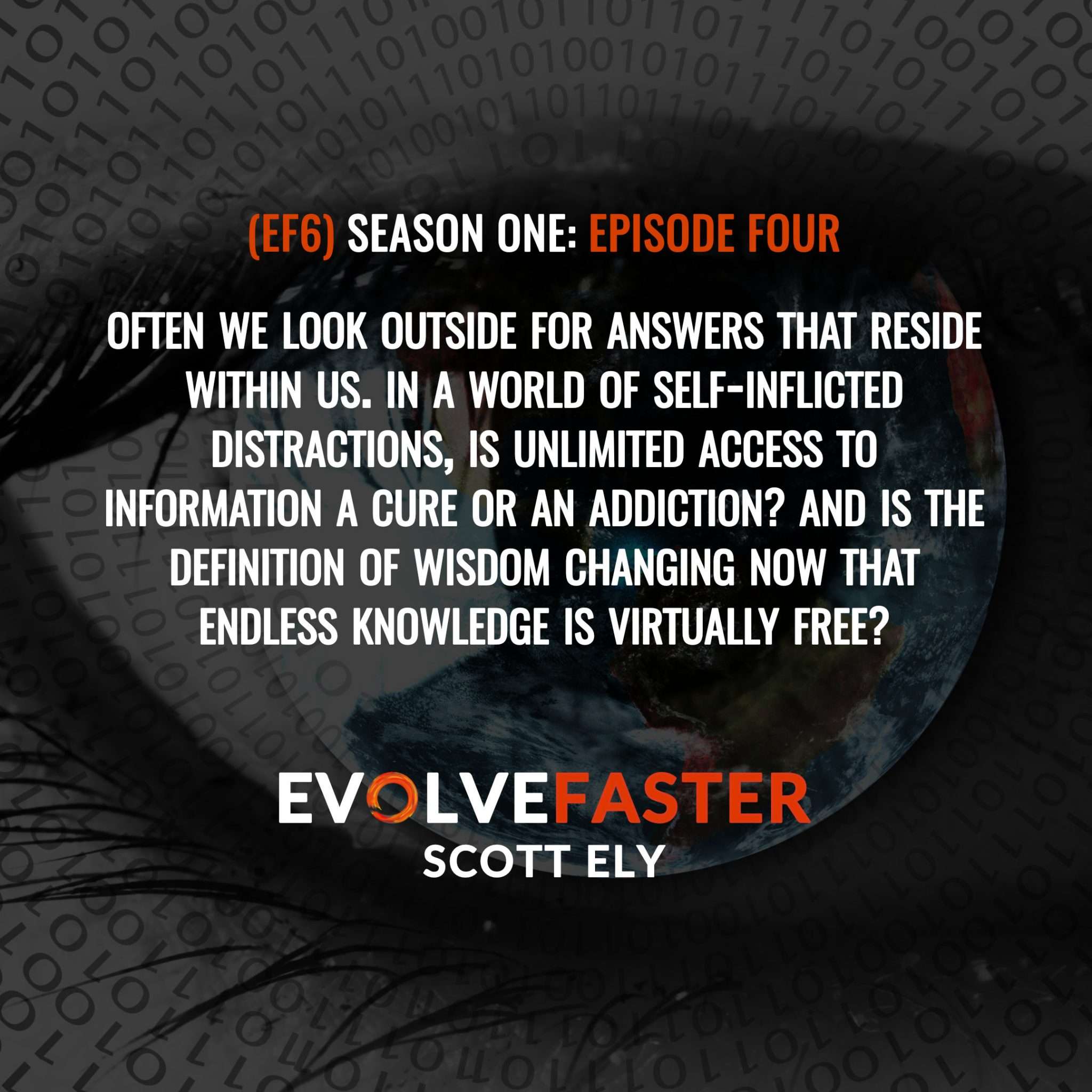 (EF6) Season One, Episode Four: Often we look outside for answers that reside within us. In a world of self-inflicted distractions, is unlimited access to information a cure or an addiction? And is the definition of wisdom changing now that endless knowledge is virtually free? 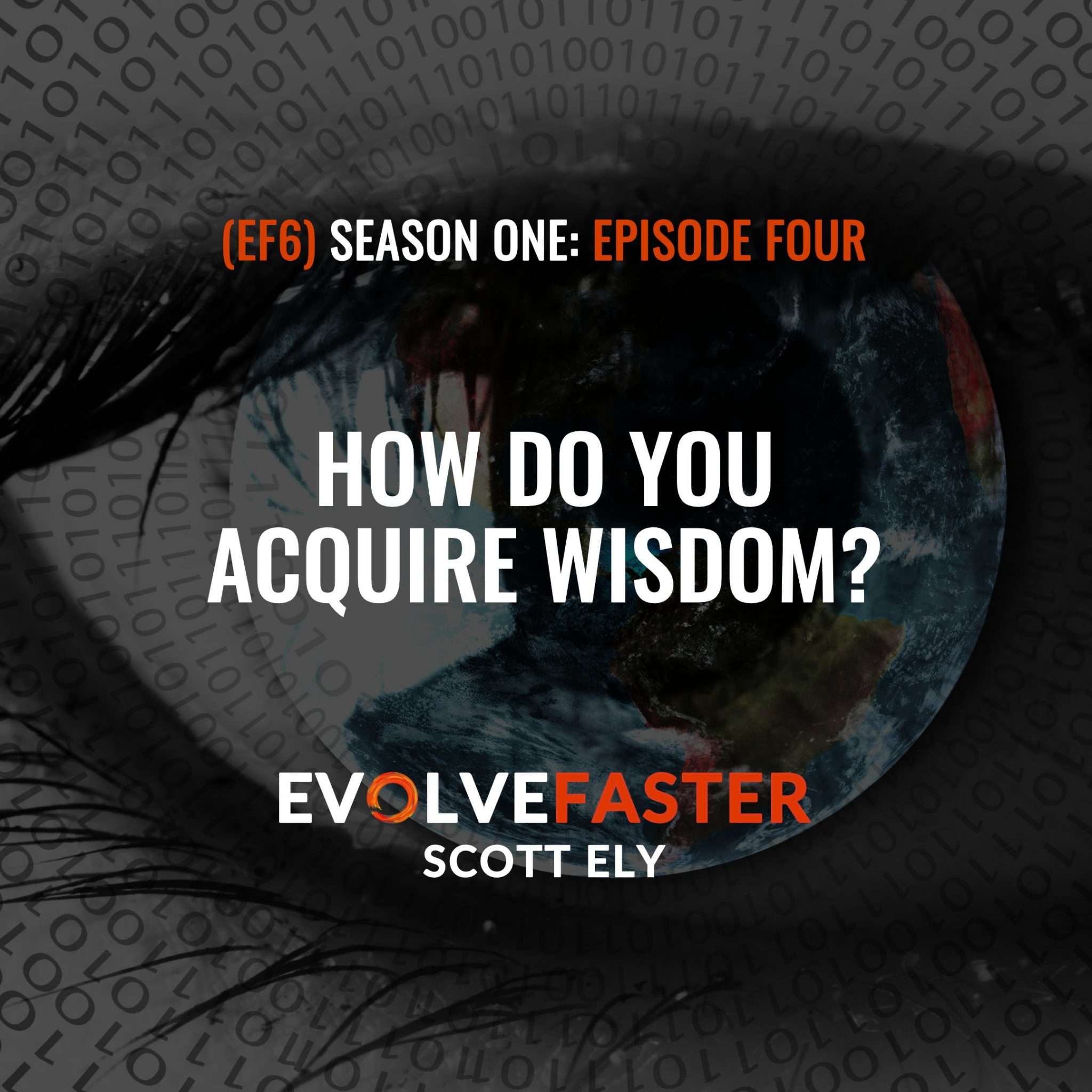 (EF6) Season One, Episode Four: What is wisdom?