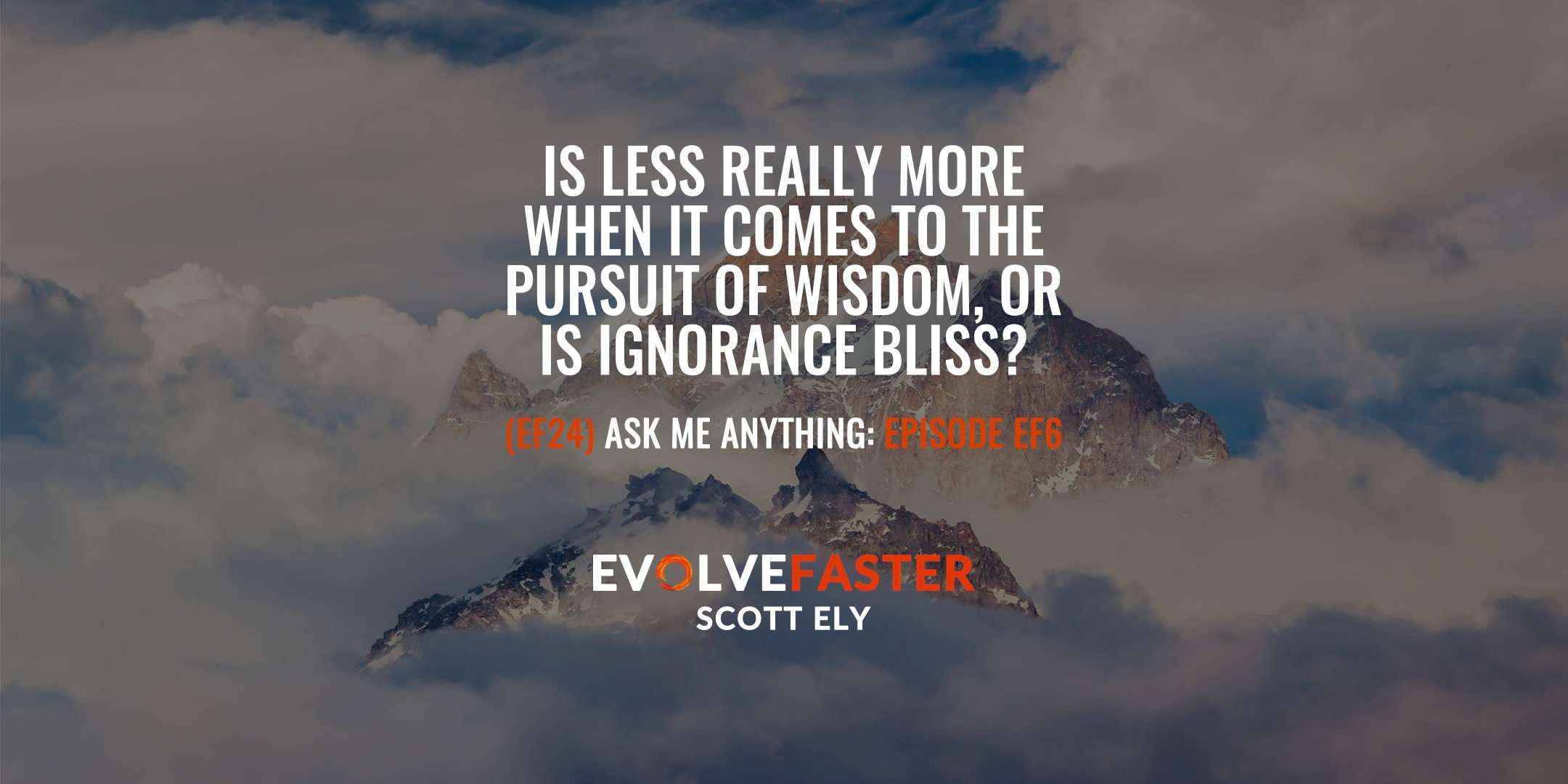 Looking to play or download the episode? Click here… Title: EF24 (AMA-EF6): Is Less Really More When it Comes to the Pursuit of Wisdom or is Ignorance Bliss? –Ask Me Anything of Episode EF6

Spoiler alert: You’re about to listen to an Ask Me Anything  (AMA) of Episode EF6, which was Season 1, Episode 4 of the Evolve Faster Podcast titled Information Mainlining and the Folly of Modern Wisdom.  The driving question of this episode (and this AMA) for you to think through is … what is wisdom?!

As a reminder about Episode EF6: Paul, a child prodigy who became a leading theoretical physicist in his early 30s, is facing a personal dilemma that is making him miserable—the realization that he might be woefully deficient in the one thing he most reveres. Although filled with endless knowledge, he isn’t wise. But how? Isn’t harnessing more and more information the key to becoming wise? In his attempt to figure it out, Paul might realize the obstacle he’s facing isn’t even close to being the final one. And can he feel like a complete person without it?

The fourth episode of the first season of the Evolve Faster Podcast Episode is driven by the big question What Is Wisdom? Is it possible for all of us to attain true wisdom and if so, how do we do that? Are there rules to the game or does each one of us have to take their own path towards wisdom?

To peek behind the curtain of Episode 6, we’ll dissect the following submitted questions: 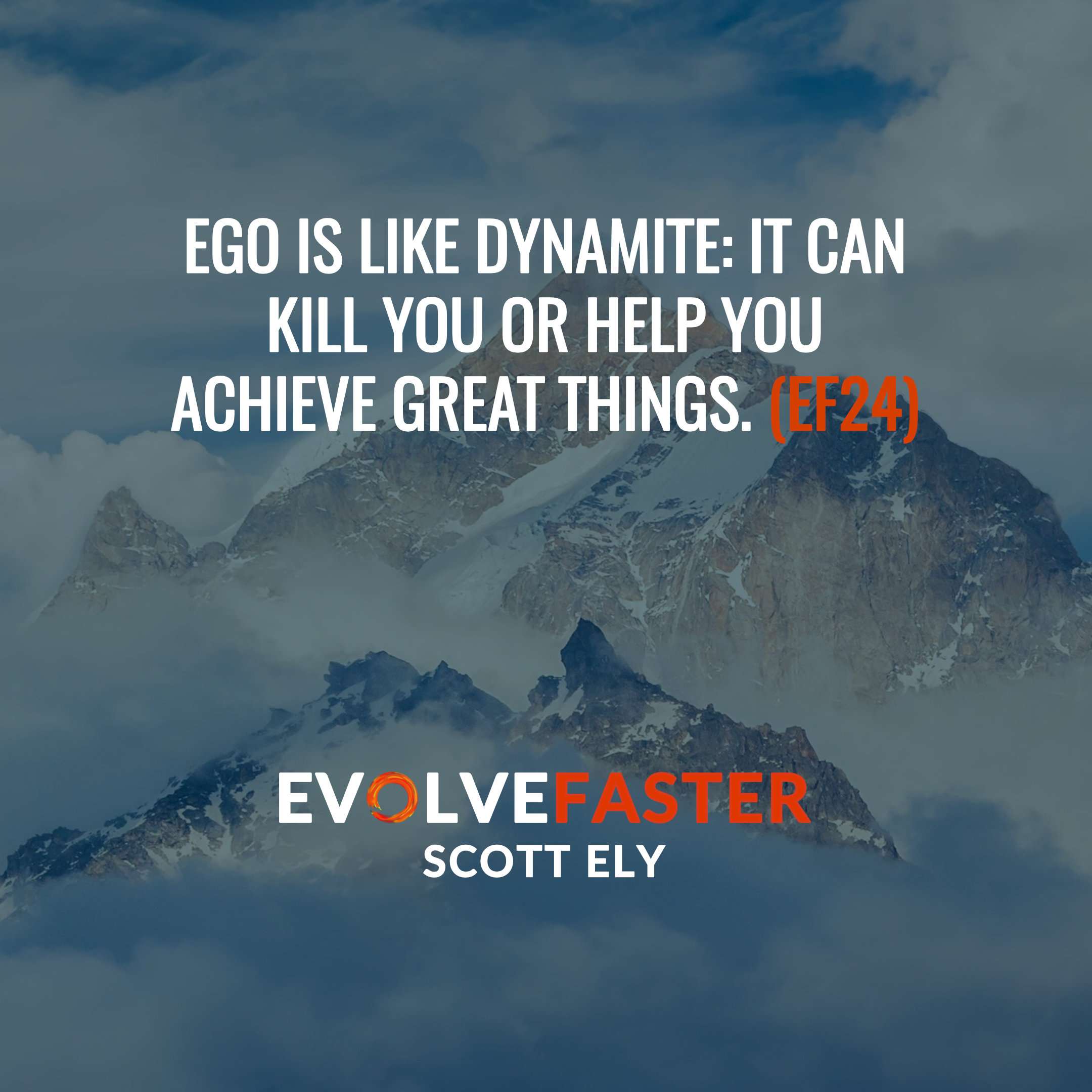 Ego is like dynamite. It can kill you but also help you achieve great things. 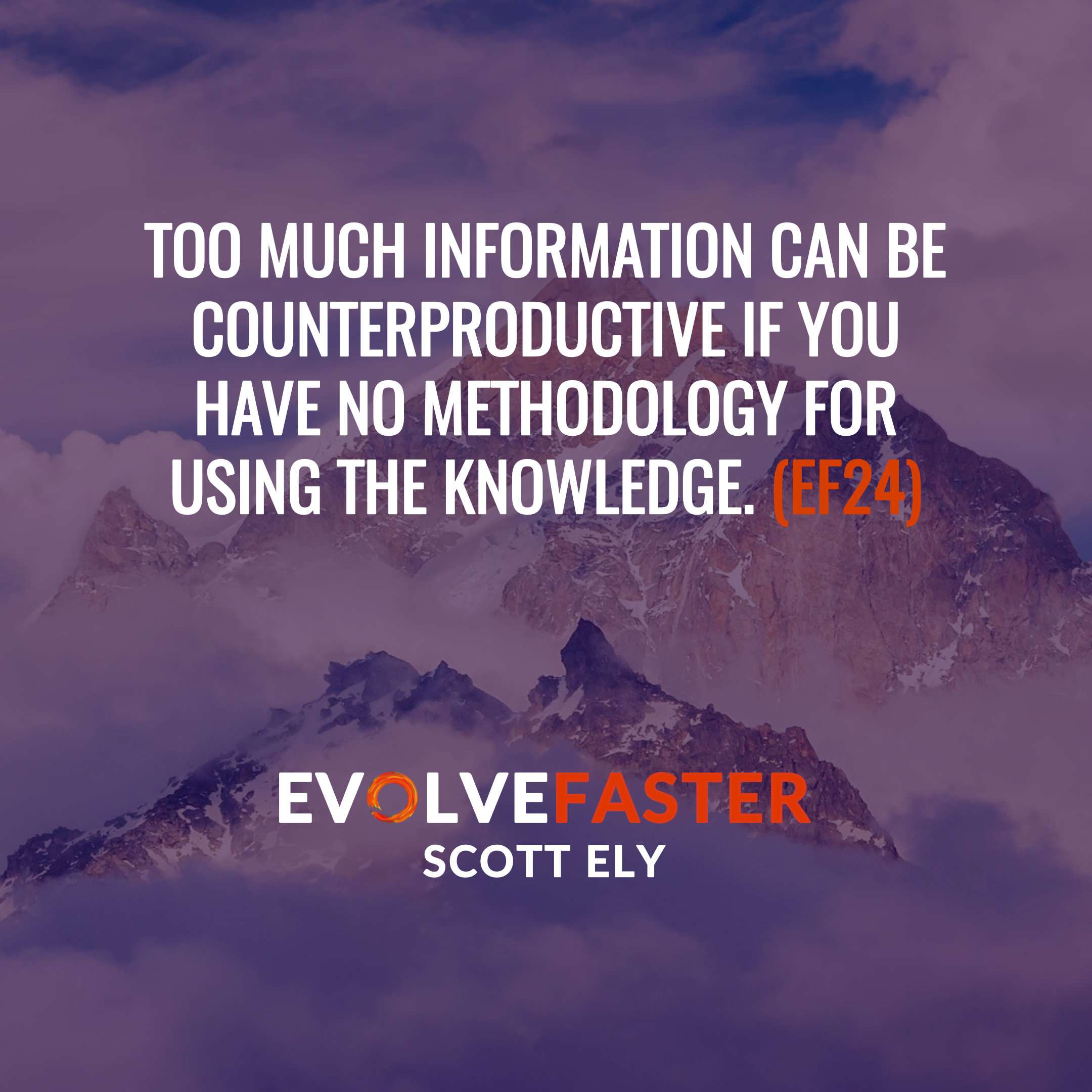 Too much Information can be counterproductive if you have no methodology for using the knowledge. 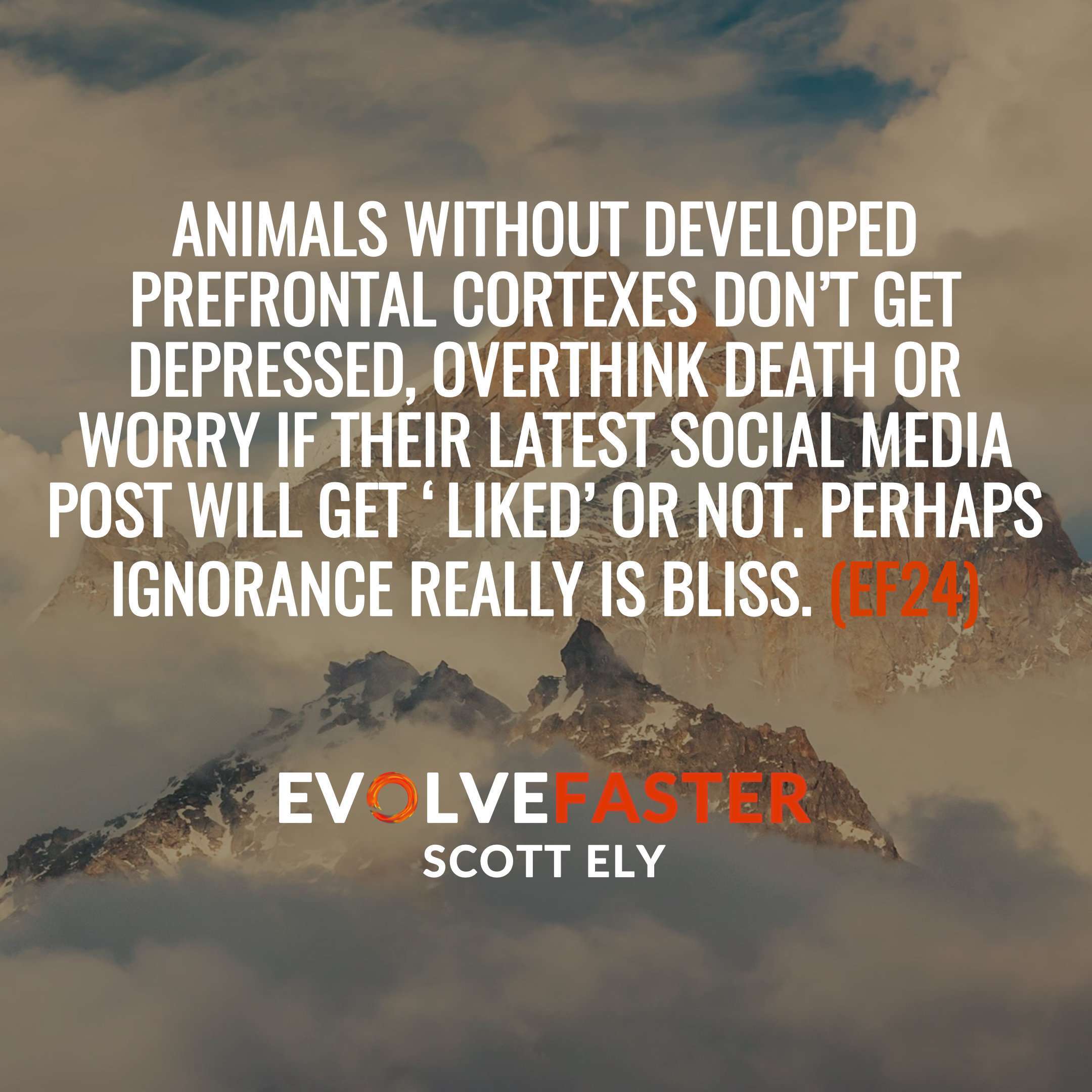 Animals without developed prefrontal cortexes don’t get depressed, overthink death or worry if their latest social media post will get ‘liked’ or not. Maybe ignorance really is bliss.

While ego has caused everything from genocides to reality TV, life would be quite drab without it. 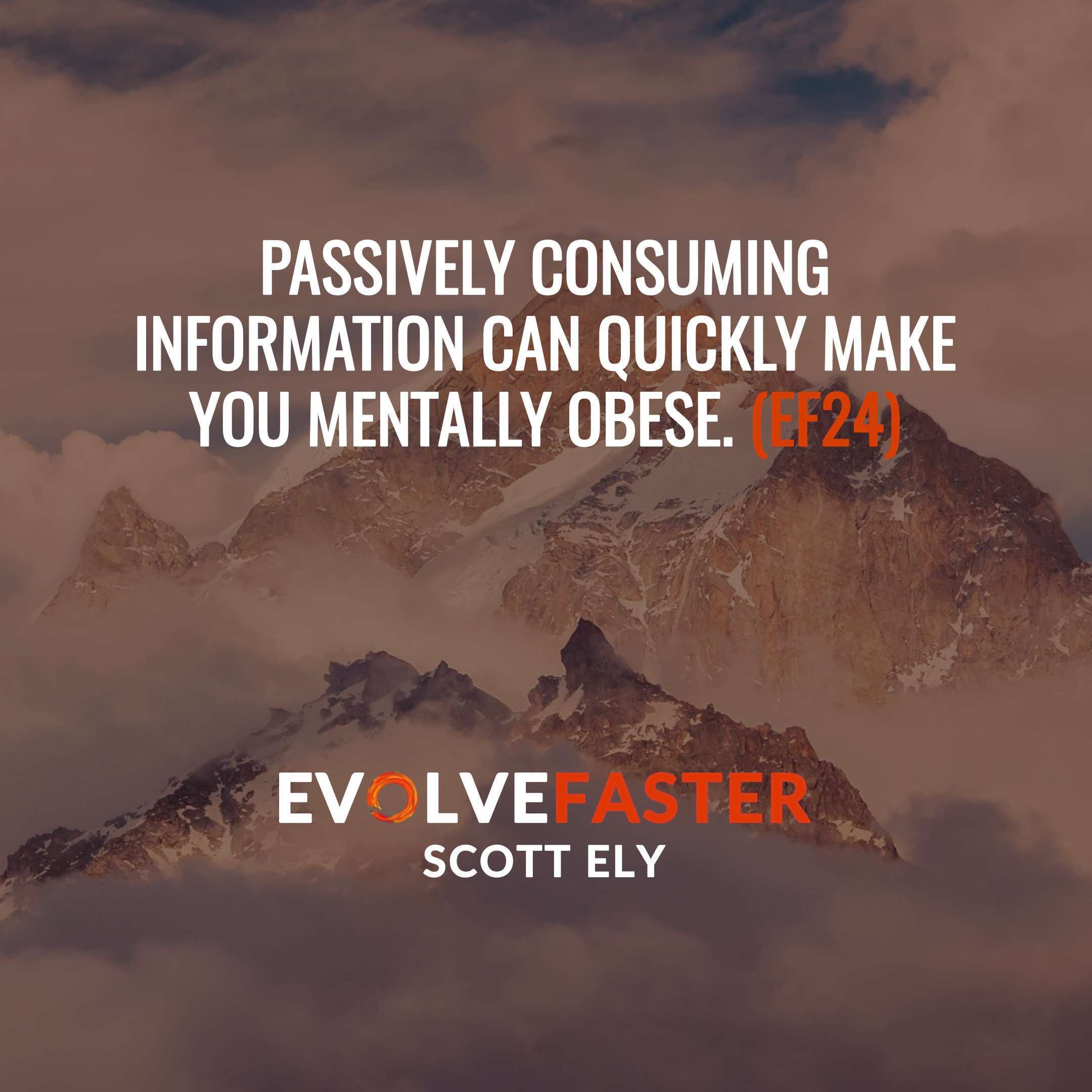