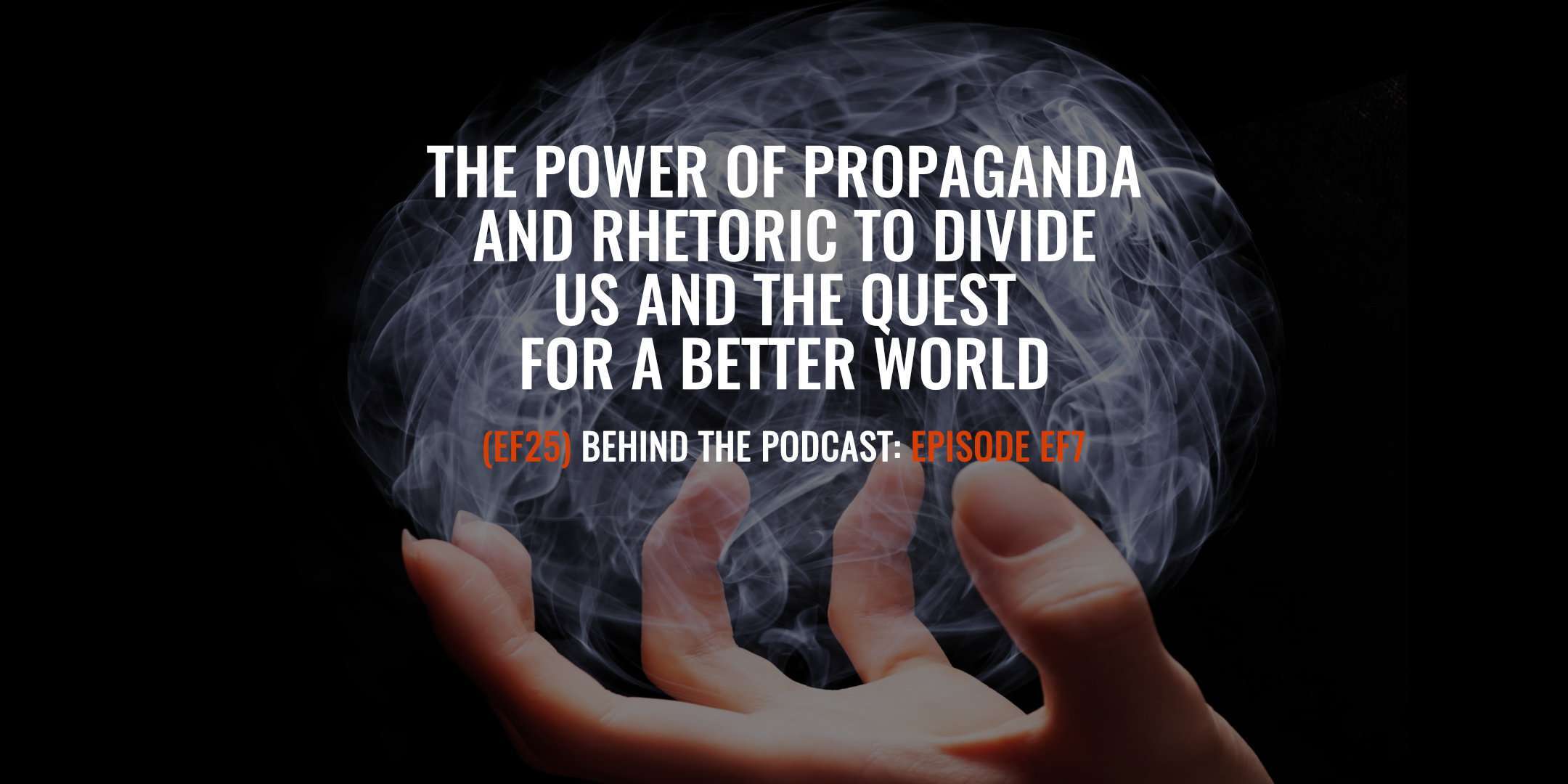 Looking to play or download the episode? Click here…EF25 (BTP-EF7): The Power of Propaganda and Rhetoric to Divide Us and the Quest for a Better World — Behind the Podcast of Episode EF7

Spoiler alert: EF25 is a Behind The Podcast (BTP) looking back at Episode EF7 (Sleight of Mind: The Black Magic of Rhetoric). The driving question of this episode is … can we trust reason? Since perfected by the ancient Greeks, rhetoric has slowly devolved from a respected art into a manipulative tool used in marketing, politics and any other walk of life where mental and verbal coercion pays. Rhetoric, propaganda and the strategic use of logical fallacies are mental and verbal manipulations similar to the dark arts of black magic, in that they create smoke and mirrors to change minds to believe mistruths. And unlike a magician who deceives to entertain, these dark wizards act maliciously in pursuit of profit and power over others.

The fifth episode of the first season of the Evolve Faster Podcast Episode is driven by the big question Can we trust reason. Reason should be our main defense against anything wrong in this world. So what should we do now that the defense is obviously getting cracked?

Arthur Schopenhauer, The Art of Being Right. Gibson Square Books, 2004.

Tony Walker, Why the world should be worried about the rise of strongman politics, theconversation.com. https://theconversation.com/why-the-world-should-be-worried-about-the-rise-of-strongman-politics-100165   (Accessed: Feb 19, 2019).

One of the dark arts of politics is to create a false mindset using people’s fears and emotions against them. 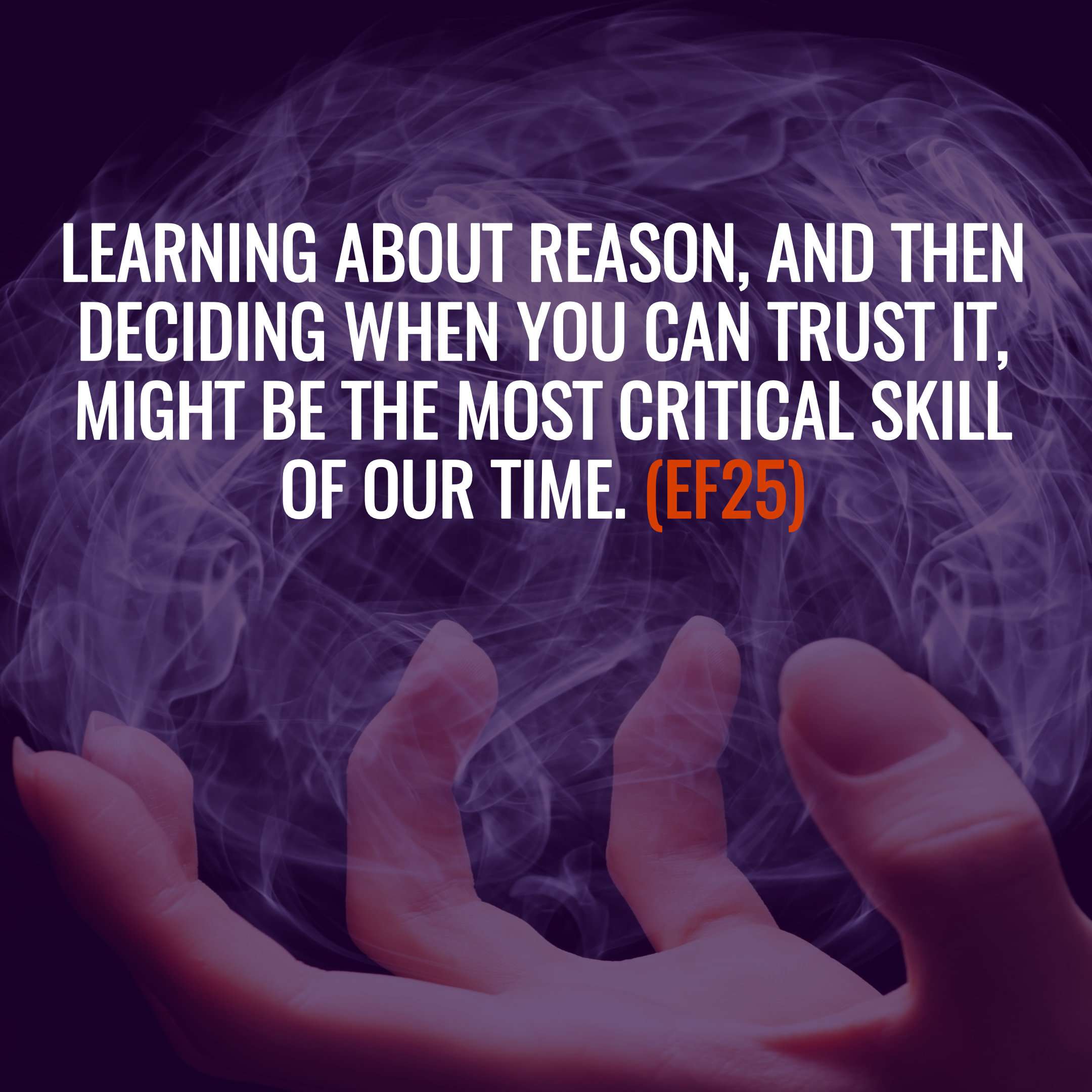 Learning about reason, and then deciding when you can trust it, is a critical topic of our time. 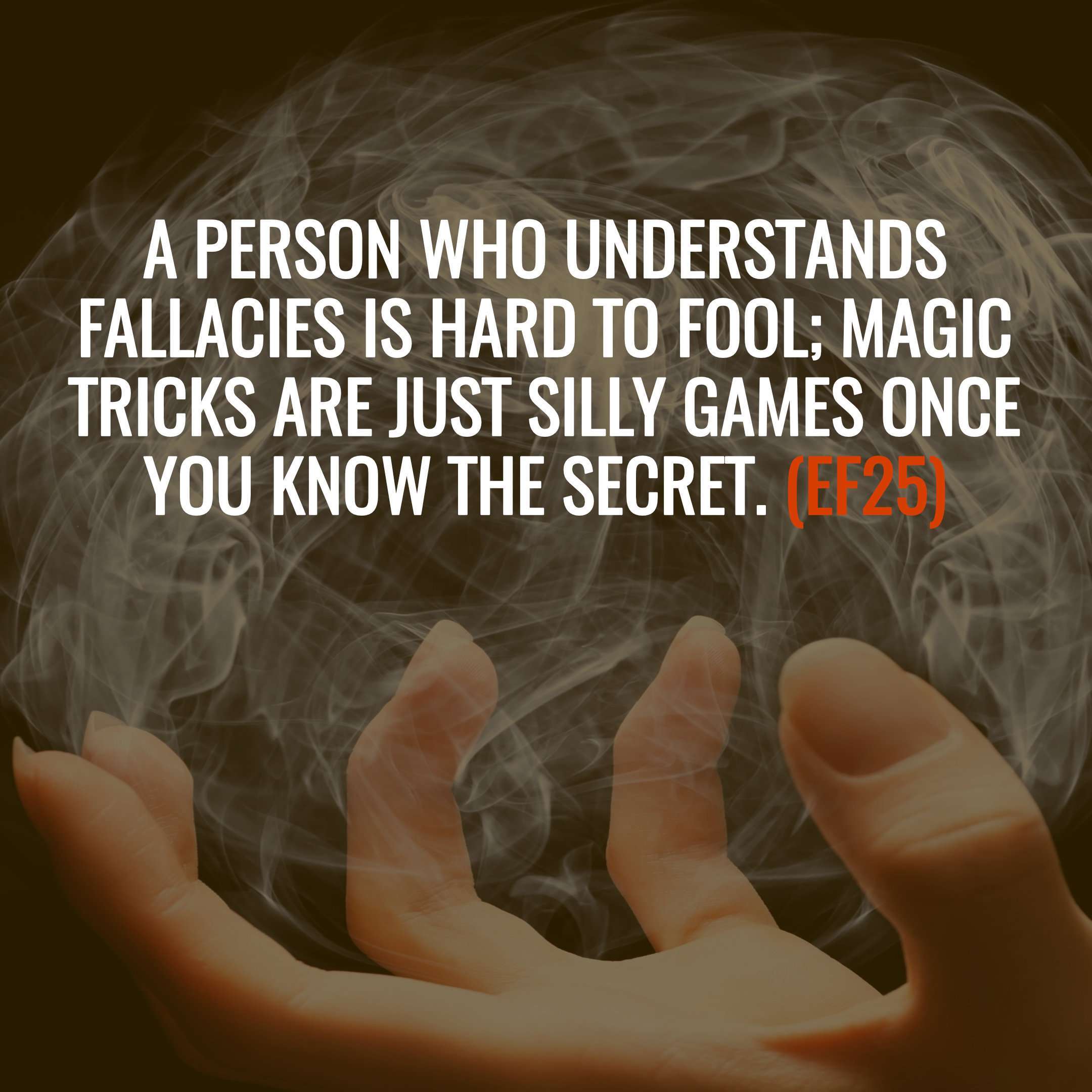 A person who understands fallacies is hard to fool; magic tricks are just silly games once you know the secret. 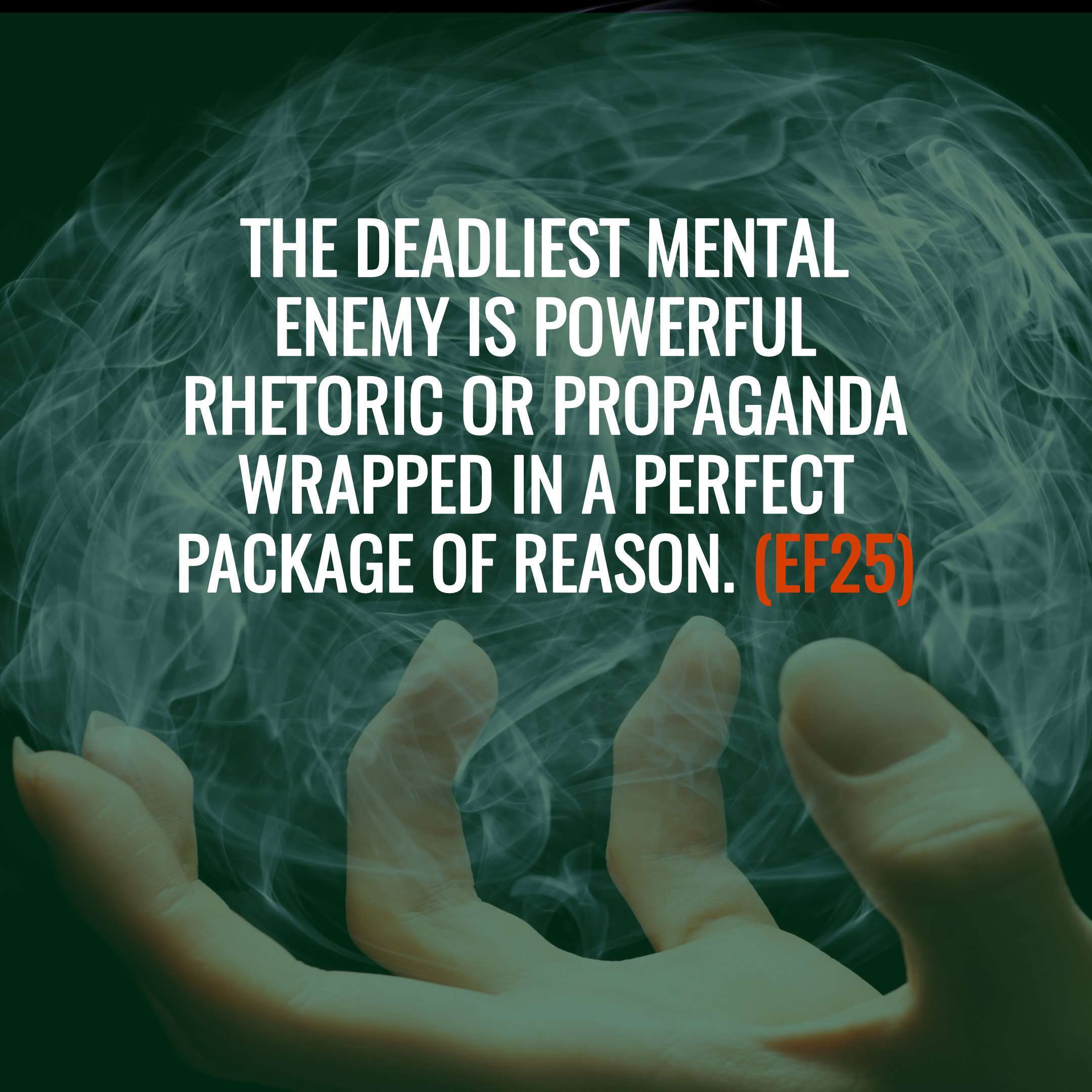 The deadliest enemy is powerful rhetoric or propaganda wrapped in a perfect package of reason. 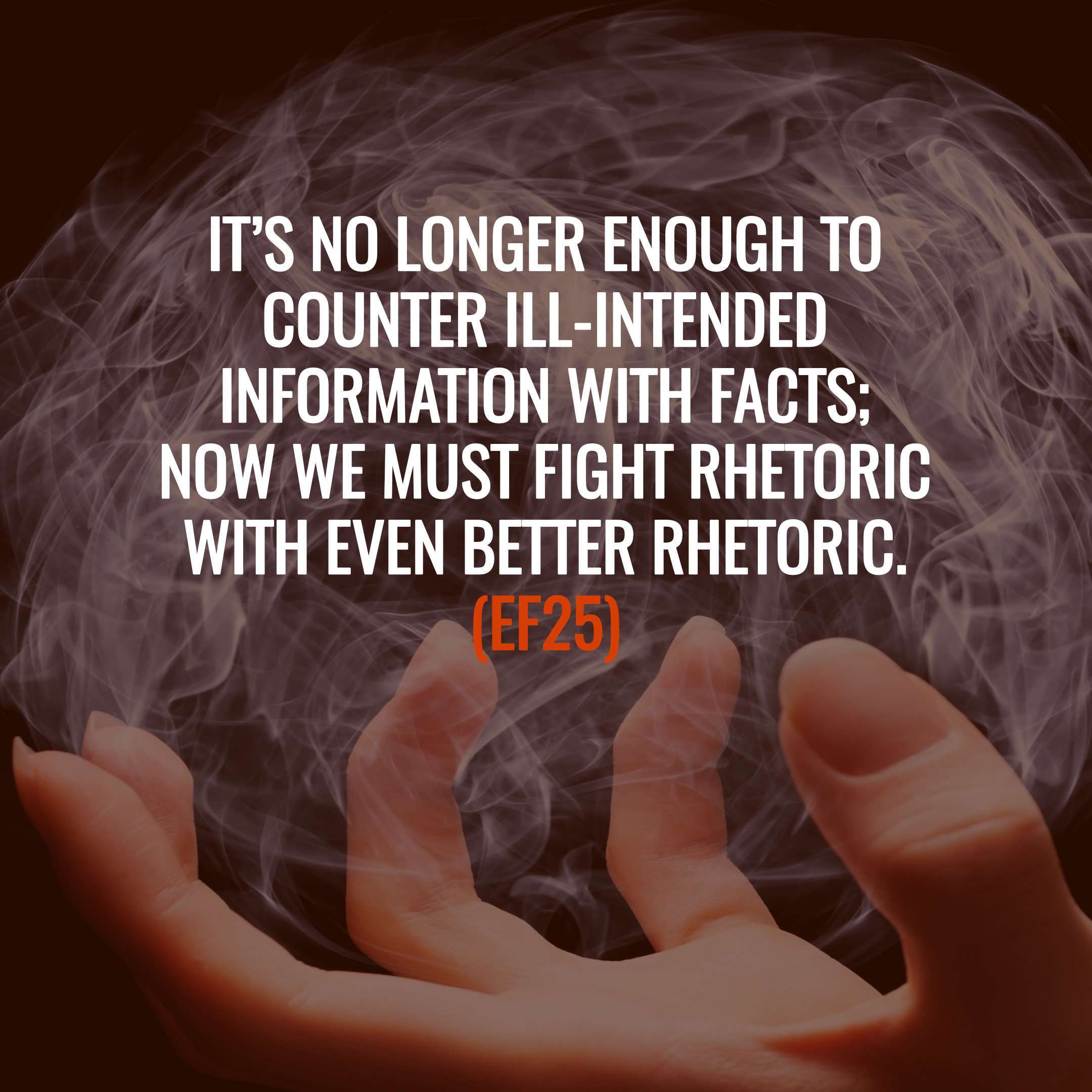 It’s no longer enough to counter ill-intended information with facts; now we must fight rhetoric with even better rhetoric.