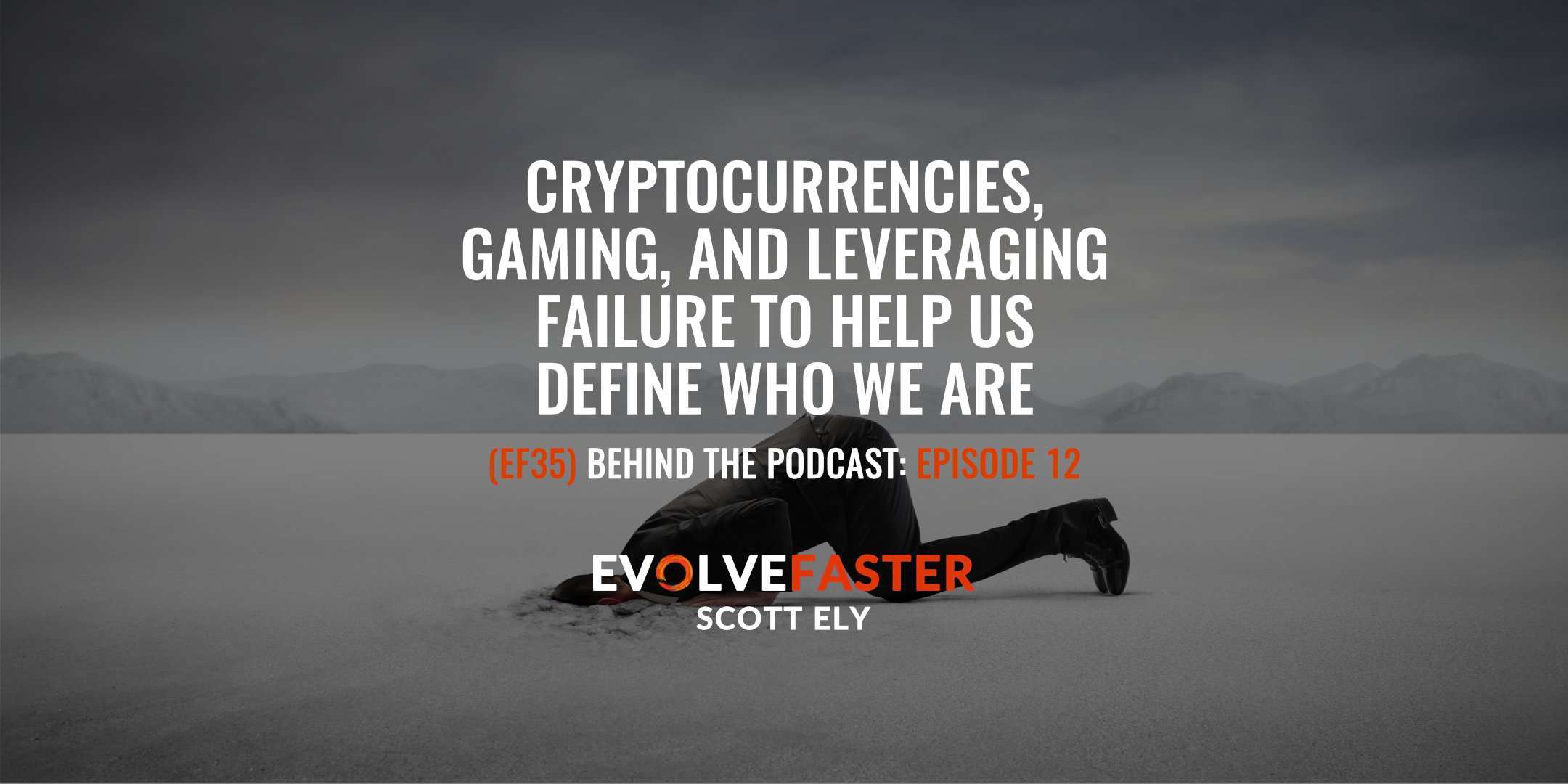 Looking to play or download the episode? Click here… EF35 (BTP-EF12): Cryptocurrencies, Gaming and Leveraging Failure to Help Us Define Who We Are Behind the Podcast of Episode EF12

Spoiler alert: You’re about to listen to a Behind The Podcast  (BTP) of Episode EF12, which was Season 1, Episode 10 of the Evolve Faster Podcast titled Wired to Fail: Leveling Up in the Game of Life.  The driving question of this episode (and this BTP) for you to think through is … What defines us? It’s a fascinating question that actually has surprisingly little research or philosophical investigation.

The tenth episode of the first season of the Evolve Faster Podcast Episode is driven by the big question What defines us? Success, failure and fear and the 3 main ingredients that define what we are and what we can and will be. But how much freedom and power do we have at controlling how much of each ingredient goes into the pot?

If you don’t decide how your life will be measured, someone else will.

The strategy was in place and the plans in motion. There was nothing that could stop what he’d started—or what was yet to come—even his disappearance from the face of the earth.

Do you truly want to be free? Can you even define what that would mean?

What if life was like a video game where you pick and choose the elements that make up your character?

Retrospect on how many times you’ve stopped learning something because you failed. Was that the real failure? Or was the fact you gave up the failure?