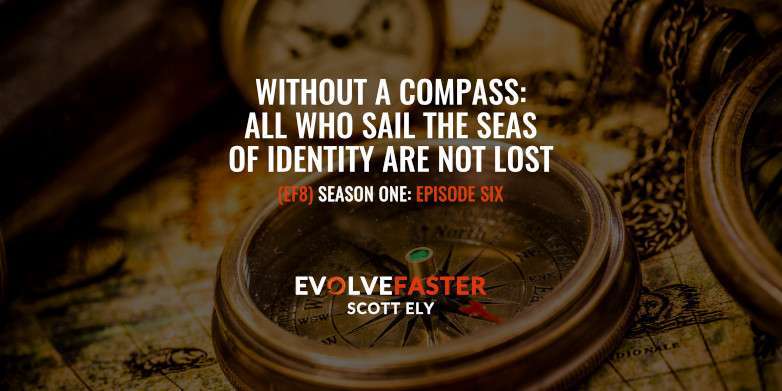 Looking to play or download the episode? Click here…(EF8) S1-E6: Without a Compass: All Who Sail the Seas of Identity Are Not Lost (Season One, Episode Six)

Can You Change Your Identity?

The big question driving Episode EF8 is … Can you change your identity? Or the shorter philosophical classic, who are you? Although you know your name, vital statistics, and other necessary information — you likely still ask yourself from time to time ‘who am I?’ What do we mean when we ask this seemingly simple, but infinitely deep, question? And is it possible that the answer could change over time, implying that your identity can evolve?

We question who we are in the moments of doubt or self-disappointment. When nothing seems to go our way, for example, and you project failure into every aspect of your life. Because nothing seems to provide positive feedback to encourage us to feel good about ourselves, it this mental projection can become reality. But instead of discouraging you from taking the next step, should you take it as a warning instead, regardless of how unpleasant the challenge?

You’re the sailor of the ship called you, and yet most people let their boats go into great disrepair and neglect. Feeling moored in the same spot for years with no clear understanding of the direction she needs to go, Lisa gets a unique opportunity to upgrade her identity boat with a chemical compass of sorts—a mysterious drug that will supposedly alter her complete identity—to supposedly better enable her to navigate through life’s rough waters. Could a change in your identity actually turn your entire life around for the better? Or are we destined to live with constant susceptibility to being lost in a sea of meaningless actions and emotions without any sort of compass to steer our ship?

What defines our identity? John Locke thought it is our consciousness and the daily actions that shape who we are. Similarly, Erik and Joan Erickson created a step-by-step description of the phases individuals go through. Finally, recent neuroscientific research manages to make a hard connection between various emotions we experience and our brain. Is there anything we can do to navigate the rough emotional waters of life any more effectively? 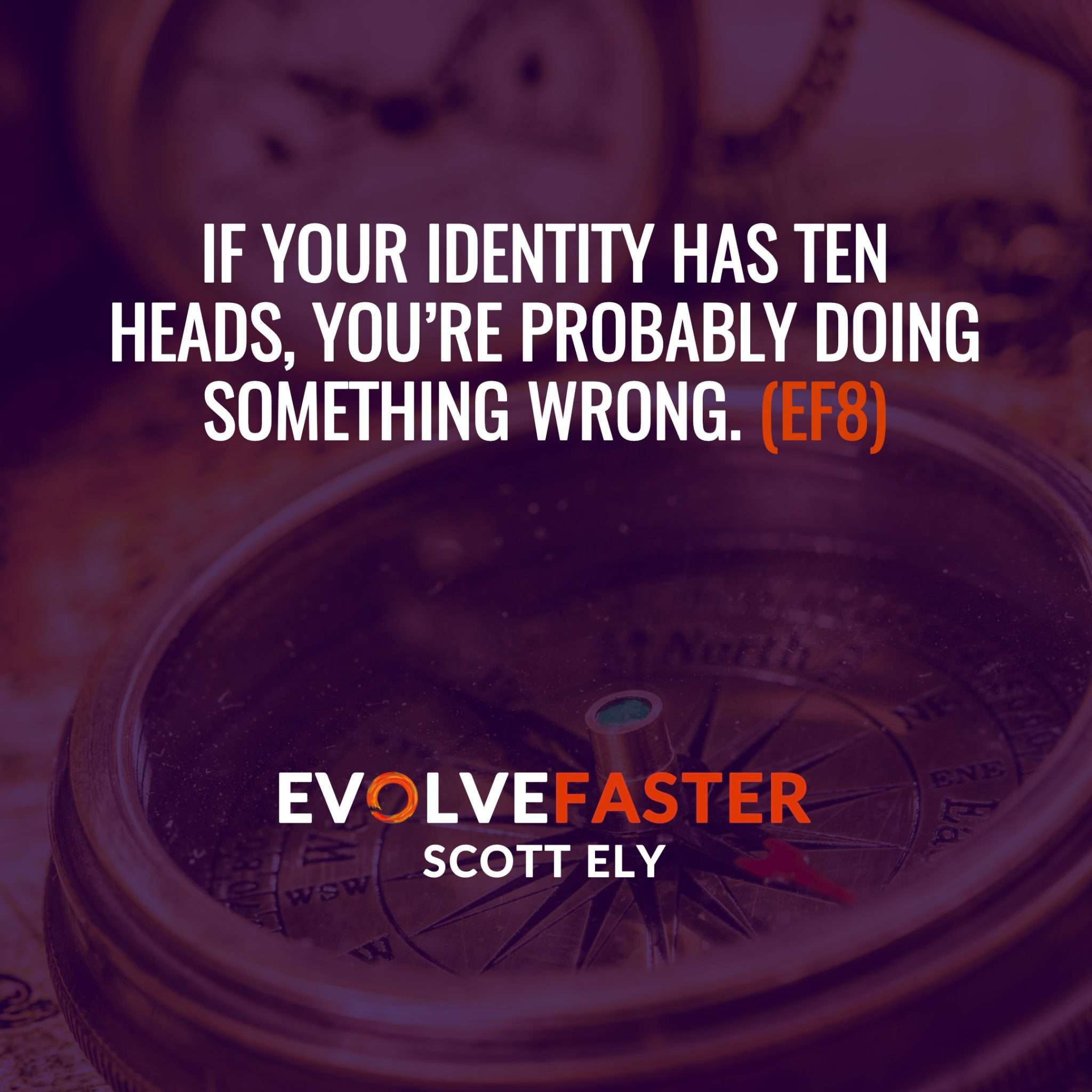 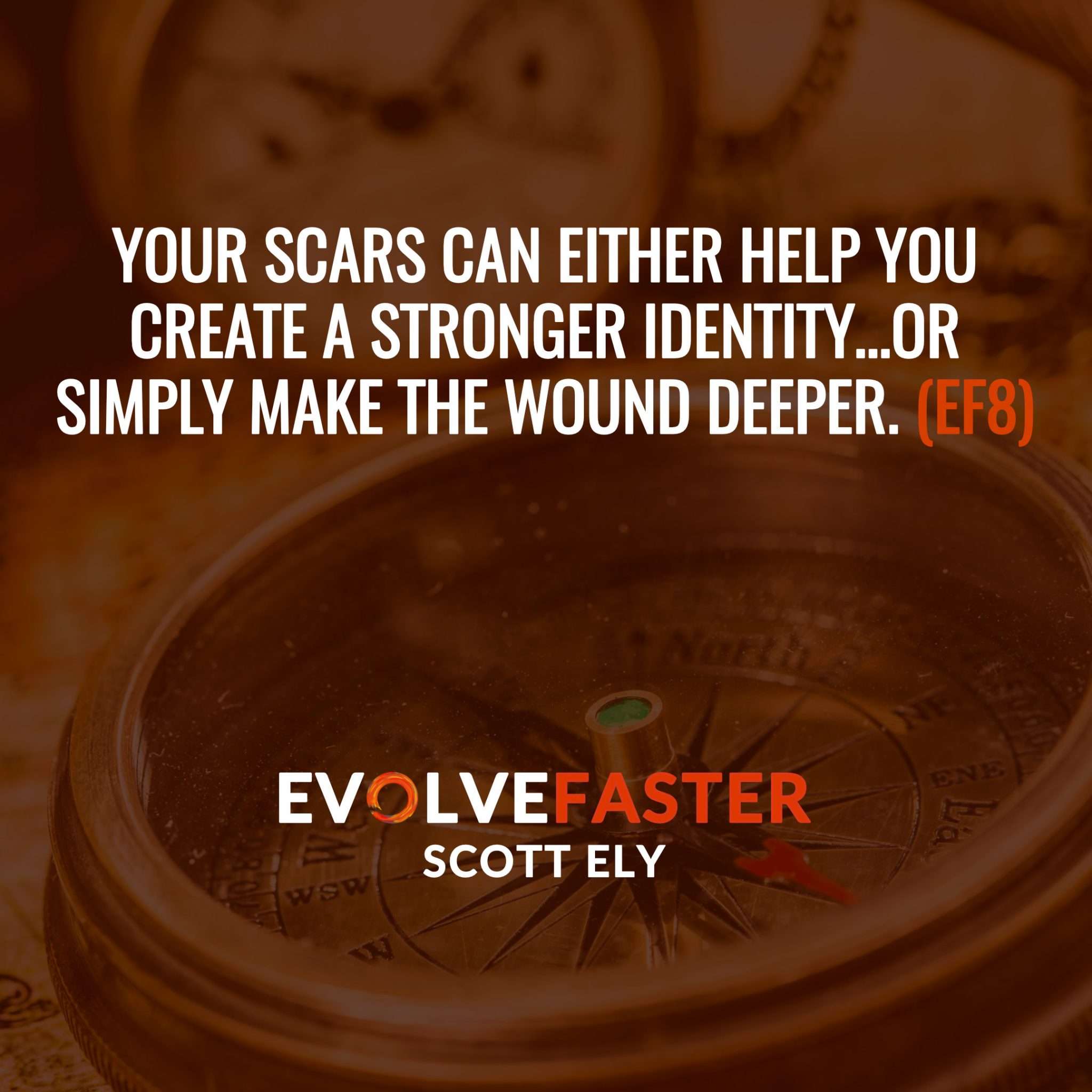 (EF8) The scars can either help you create a stronger identity or simply make the wound deeper — The Evolve Faster Podcast (Season One, Episode Six) 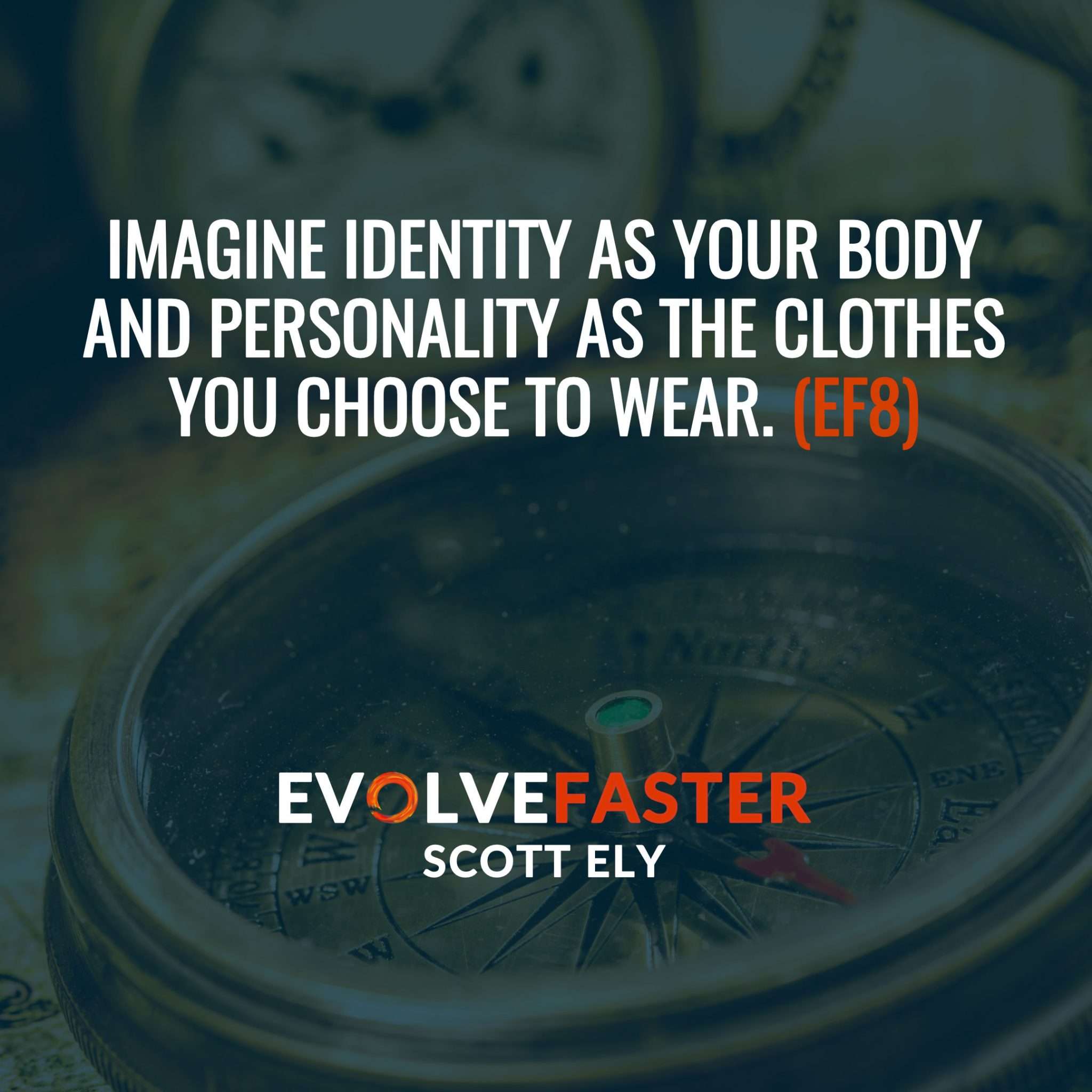 (EF8) Imagine identity as your body and personality is the clothes you choose to wear — The Evolve Faster Podcast (Season One, Episode Six) 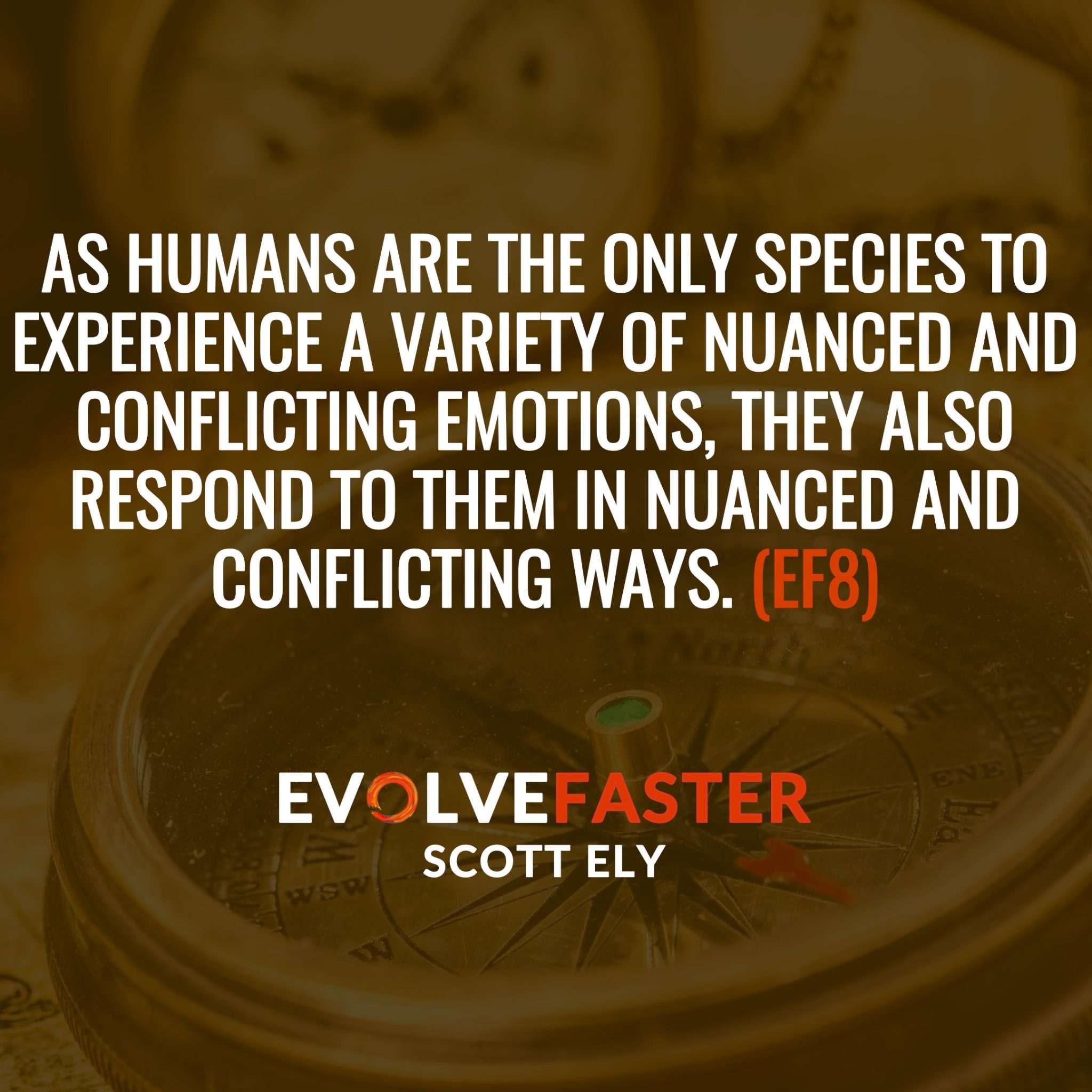 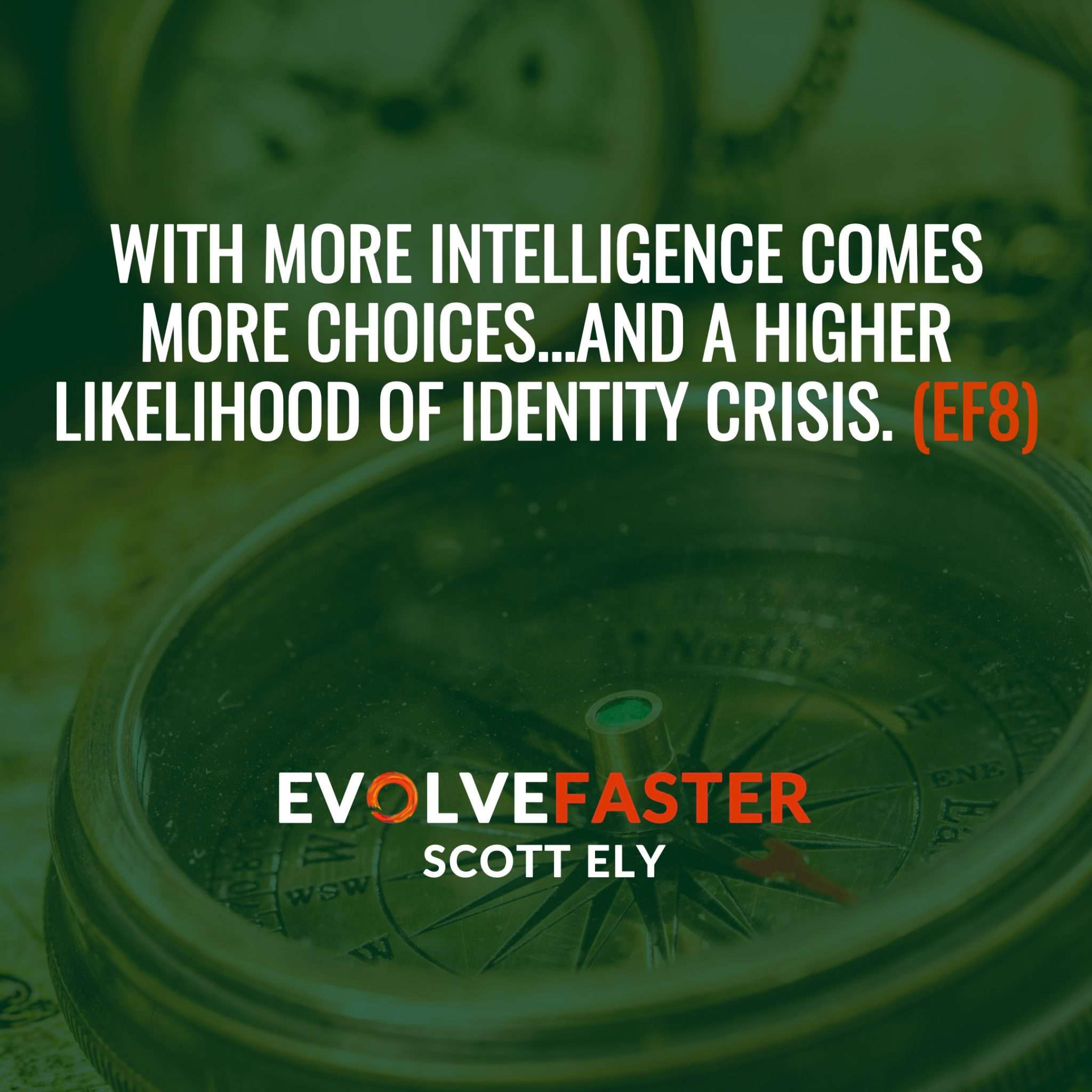 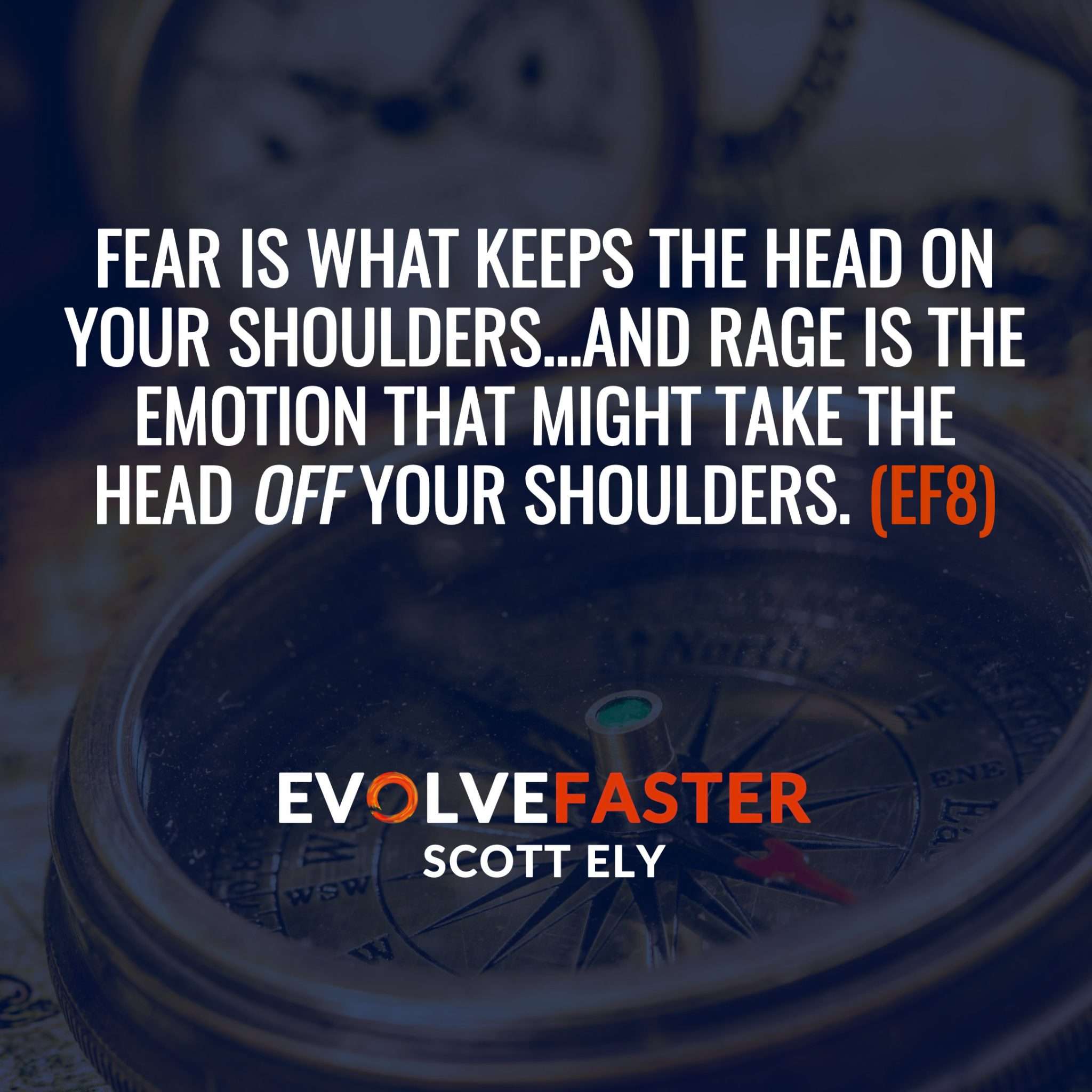 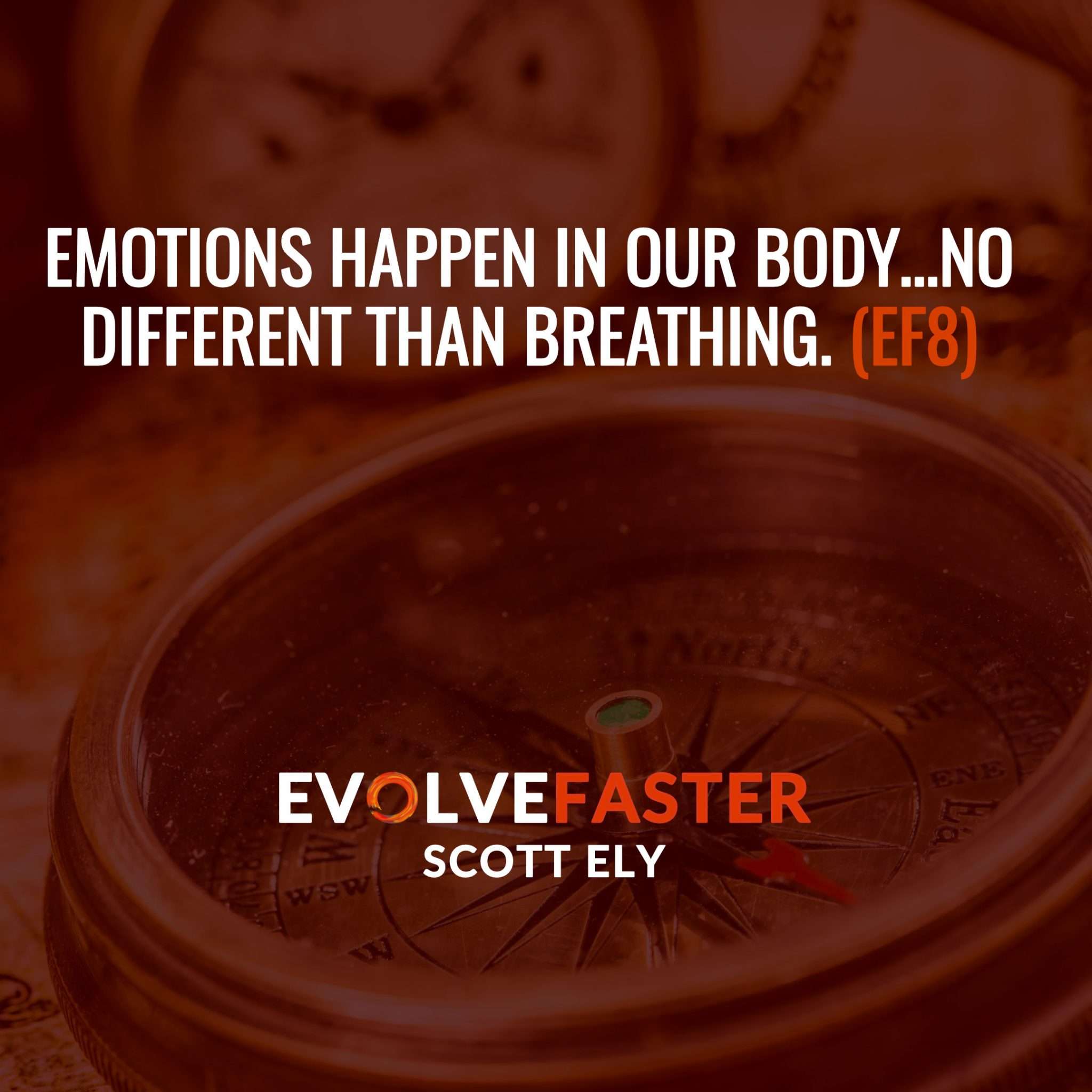 (EF8) Emotions happen in our body, no different than breathing and digesting food. — The Evolve Faster Podcast (Season One, Episode Six) 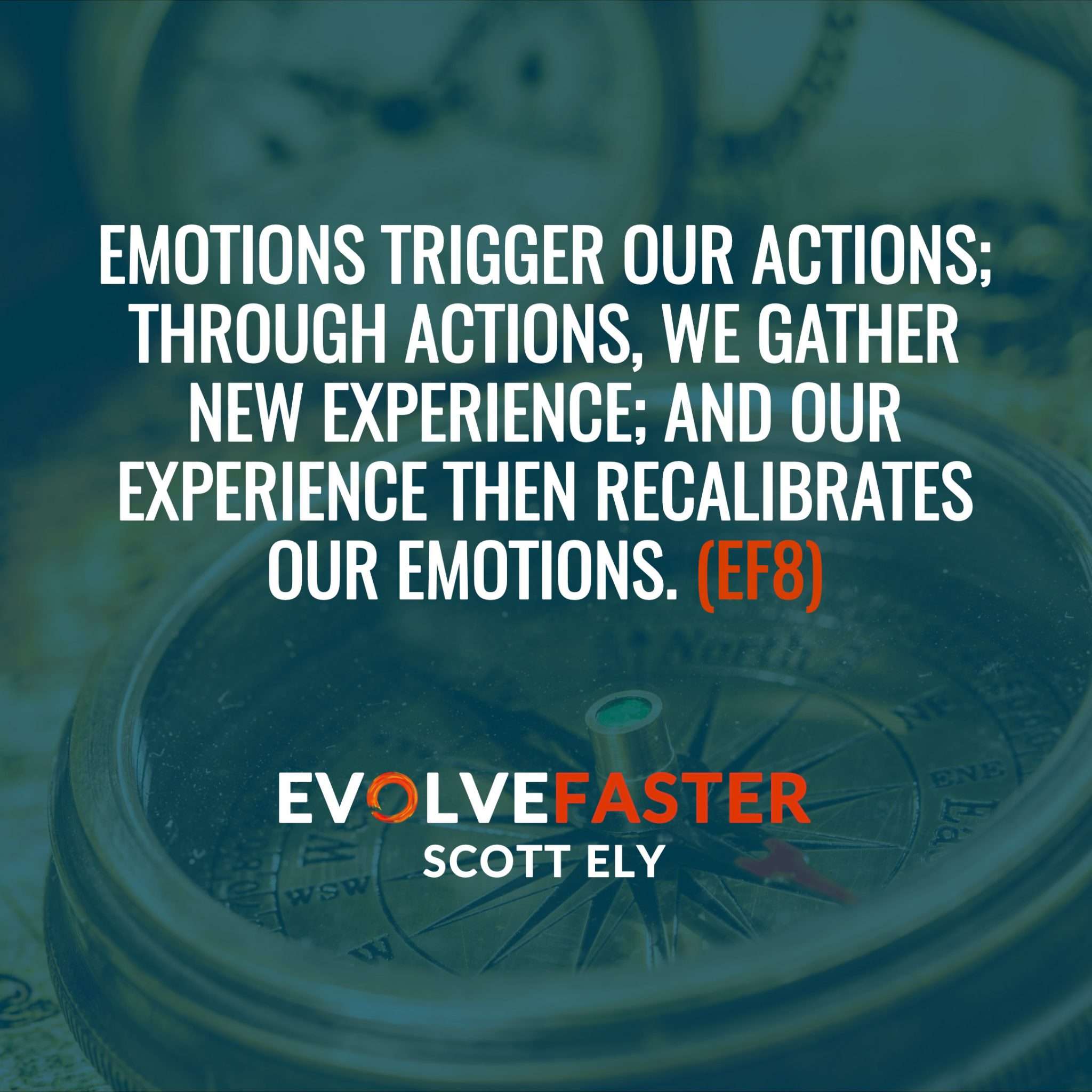 (EF8) Emotions trigger our actions; through actions, we gather new experience; and our experience then recalibrates our emotions — The Evolve Faster Podcast (Season One, Episode Six) 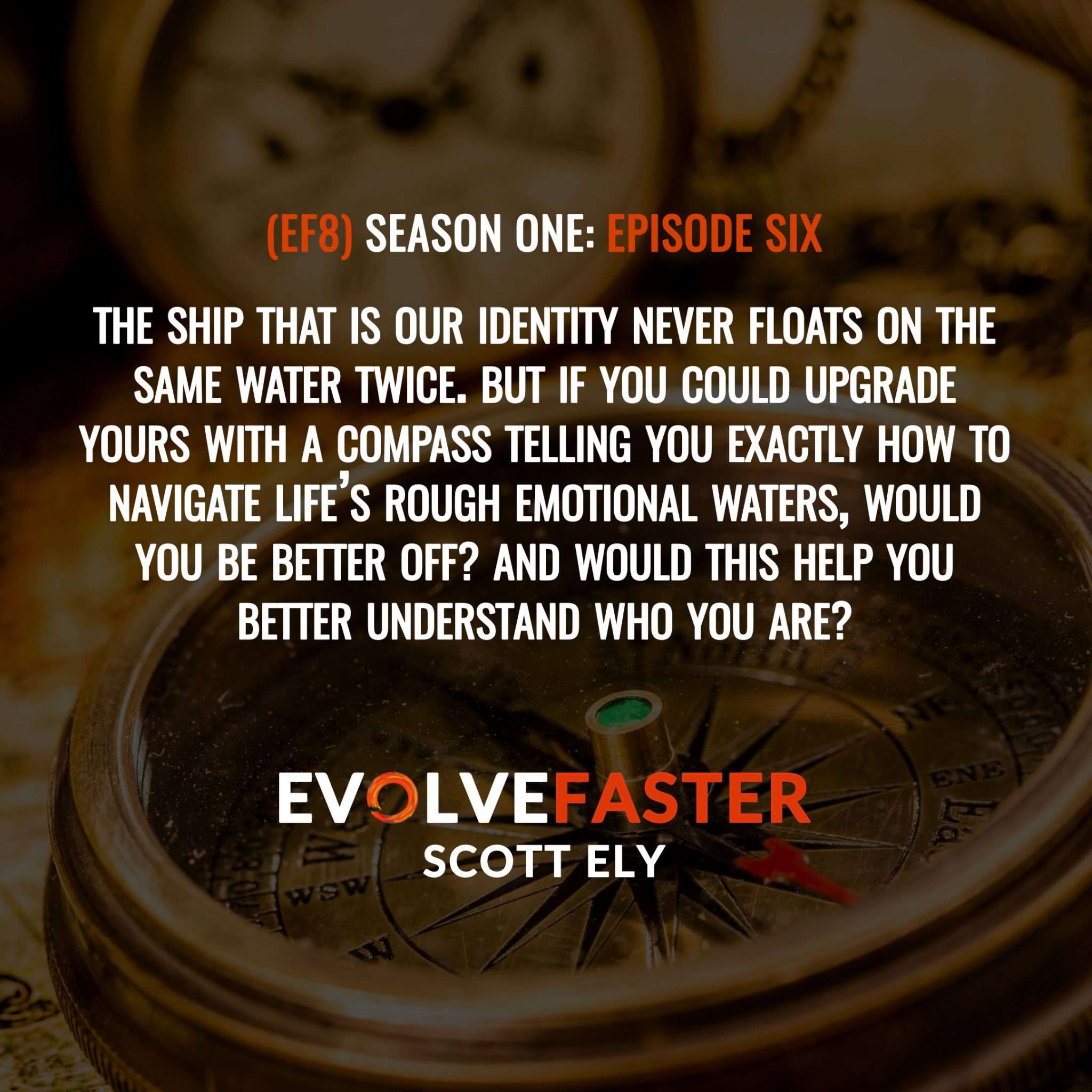 Season One, Episode Six: The ship that is our identity never floats on the same water twice. But if you could upgrade yours with a compass telling you exactly how to navigate life’s rough emotional waters, would you be better off? And would this help you better understand who you are? 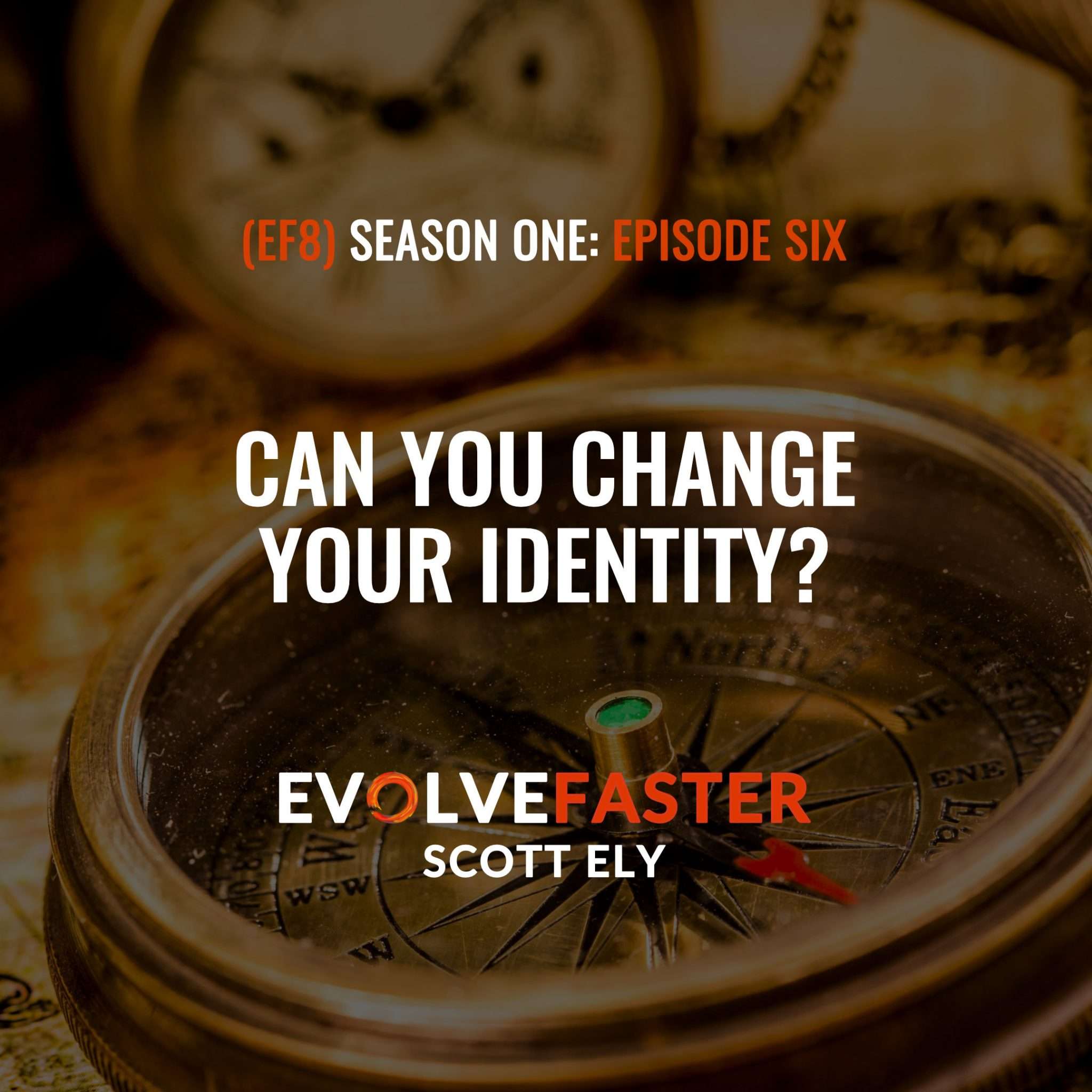 Season One, Episode Six: Can You Change Your Identity?