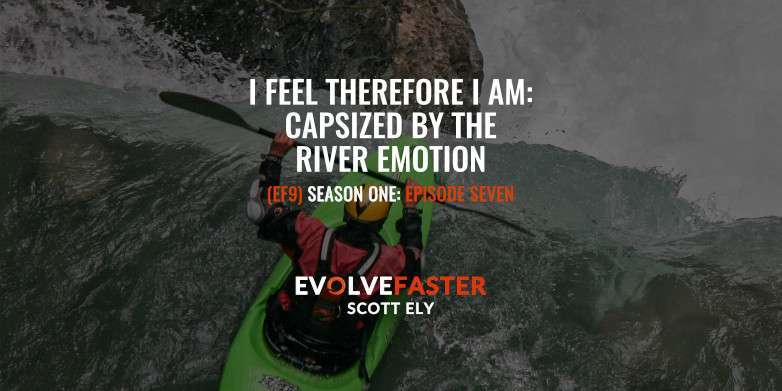 Looking to play or download the episode? Click here…(EF9) S1-E7: I Feel Therefore I am: Capsized by the River Emotion (Season One, Episode Seven)

Elliott made a terrible mistake that’s been haunting him ever since. As if rafting through Class V rapids without a paddle, Elliott’s sanity is inches away from crashing into sharp rocks of guilt, shame and sadness. Where do we turn when it feels like our emotions have us hurtling out of control in dangerous waters? And is there any hope for recovery even once you’ve faced the reality of your situation head-on, in light of the power of these emotional currents?

We all have emotions, but what are they and do we need them? David Hume felt we are nothing more than slaves to our passions. And maybe so! Countless theories like the Hurrah/Boo Theory show that we’ll jump onto the emotional bandwagon of the masses almost instinctively. Why? To feel safe. But is there a way to break the secure chains of emotions? Is there a way to rationalize the irrational, reason the unreasonable and be ultimately be masters of our feelings?

William James, The Will to Believe, Kindle Edition, 2010. 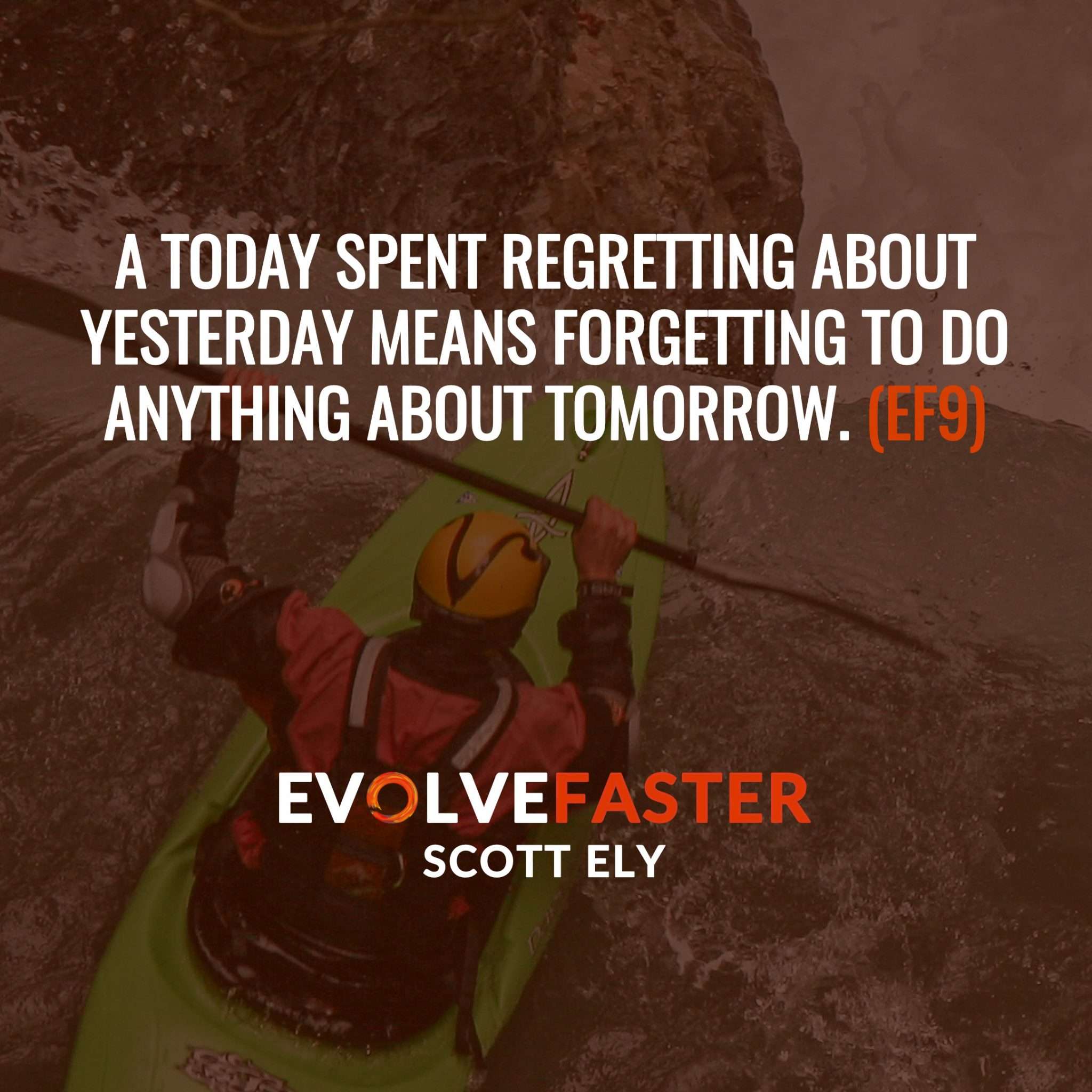 A today spent regretting about yesterday means forgetting to do anything about tomorrow. — The Evolve Faster Podcast (Season One, Episode Seven) 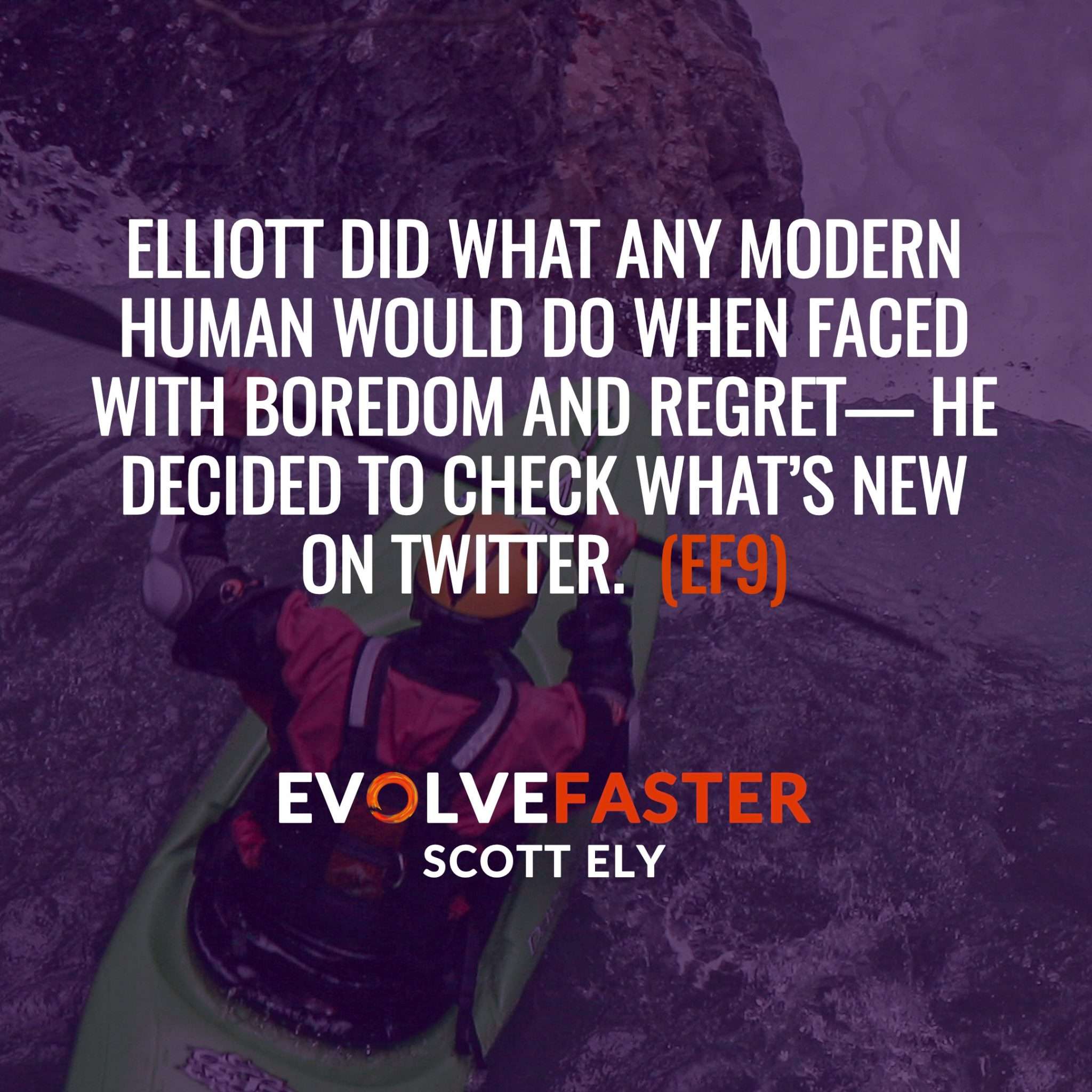 (EF9) Elliott did what any modern human would do when faced with boredom and regret — he decided to check what’s new on Twitter. — The Evolve Faster Podcast (Season One, Episode Seven) 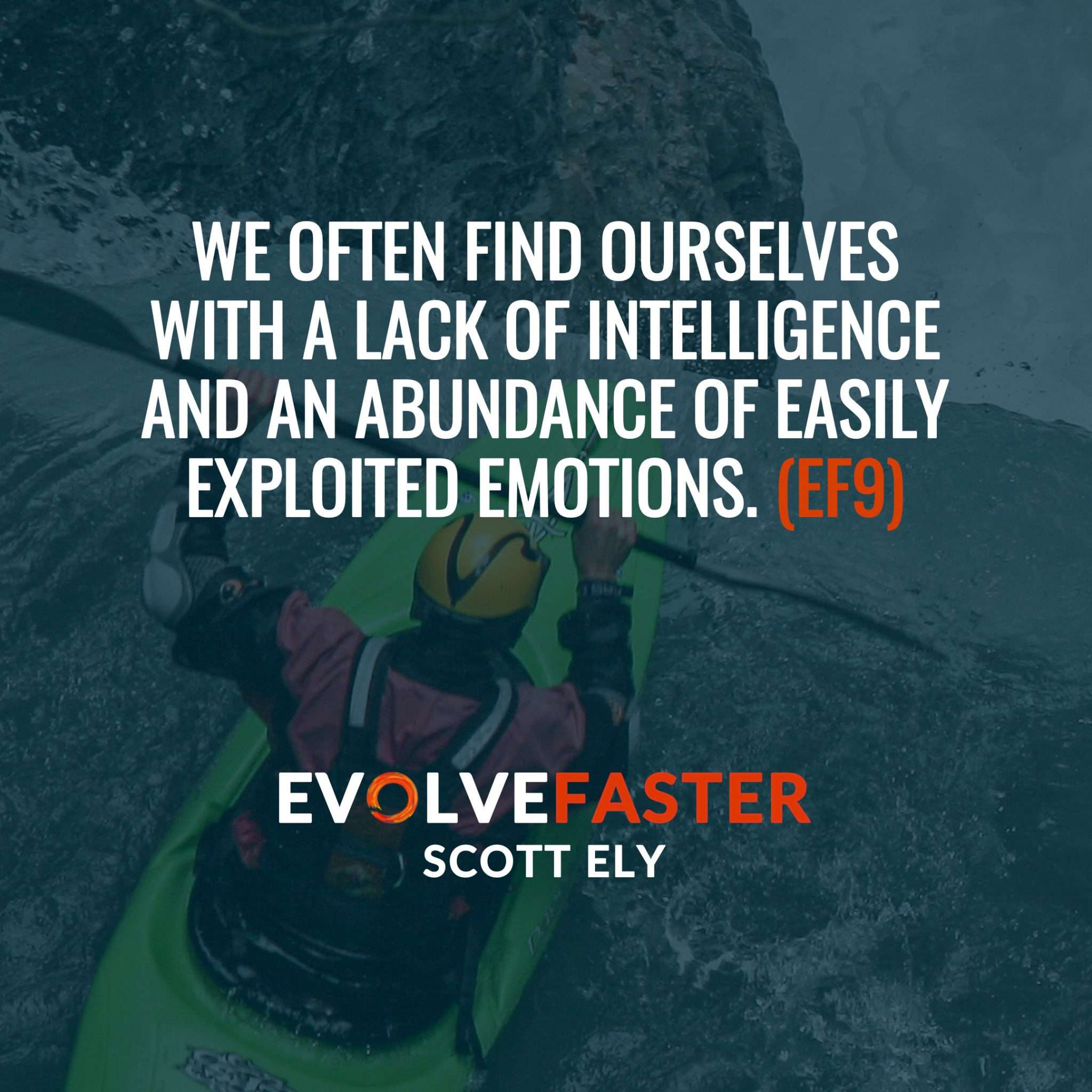 (EF9) We often find ourselves with a lack of intelligence and an abundance of easily exploited emotions — The Evolve Faster Podcast (Season One, Episode Seven) 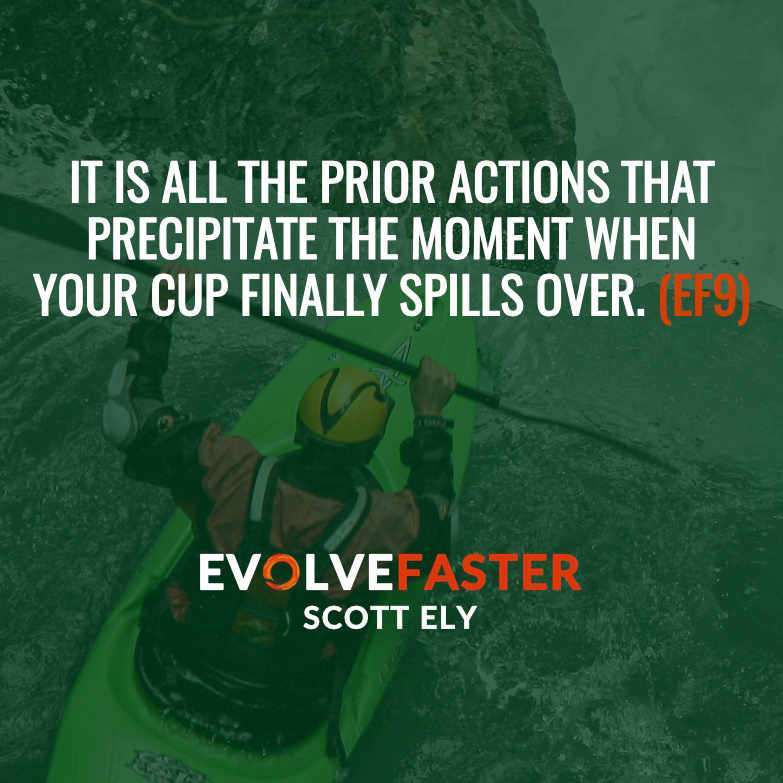 (EF9) It’s all the prior actions that precipitate the moment when your cup finally spills over — The Evolve Faster Podcast (Season One, Episode Seven) 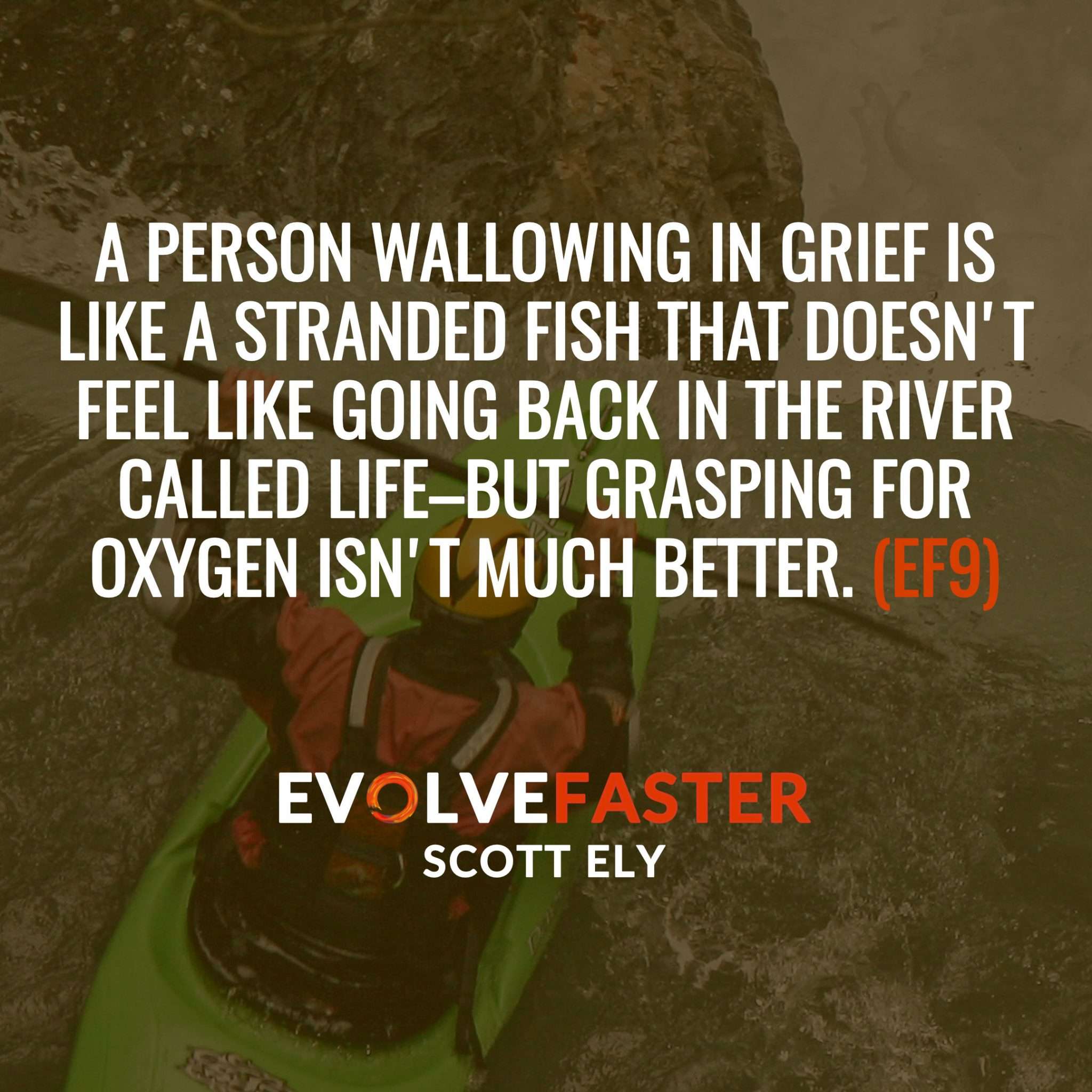 (EF9) A person wallowing in grief is like a stranded fish that doesn’t feel like going back in the river called life–but grasping for oxygen isn’t much better. — The Evolve Faster Podcast (Season One, Episode Seven) 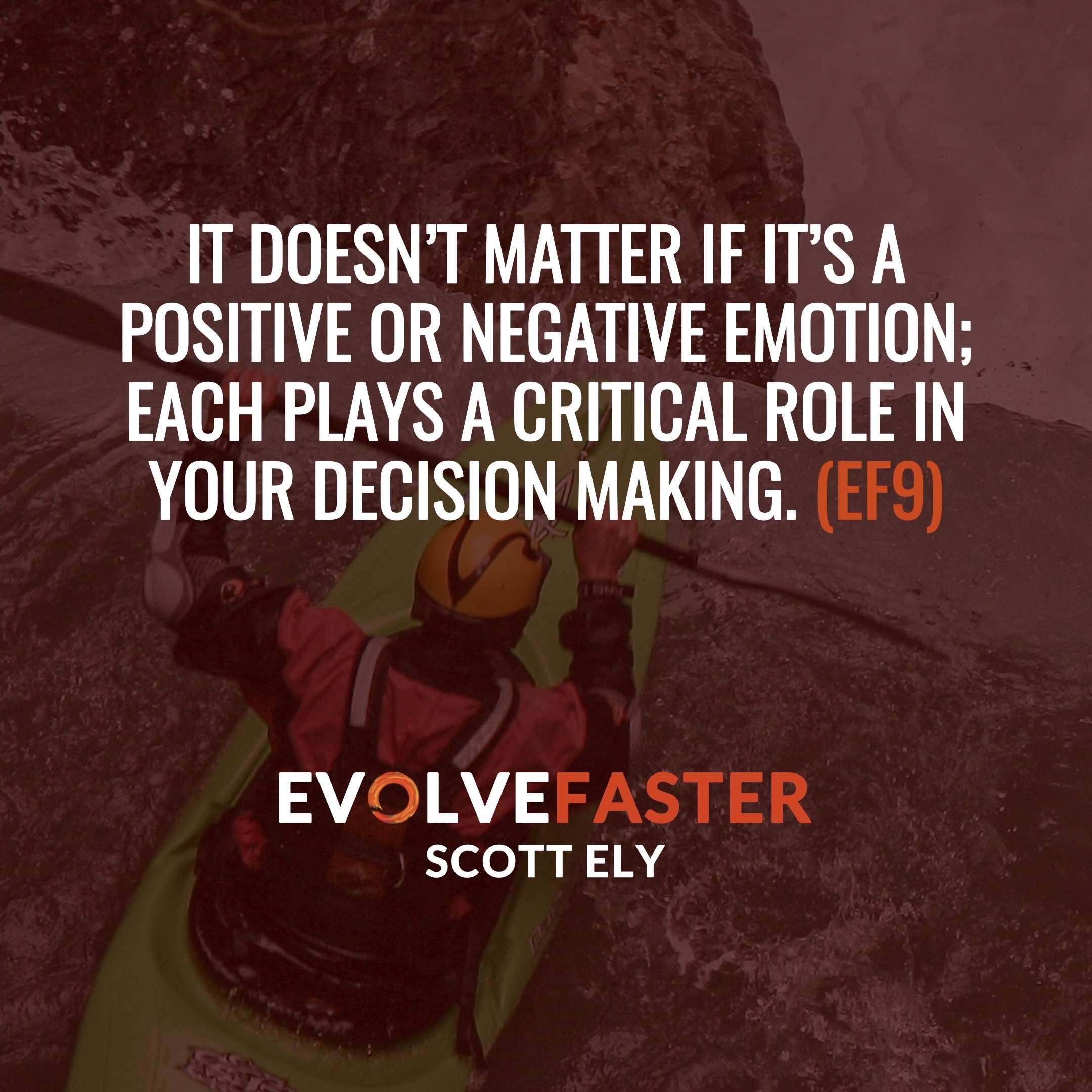 (EF9) It doesn’t matter if it’s a positive or a negative emotion; each plays a huge role in your decision making — The Evolve Faster Podcast (Season One, Episode Seven) 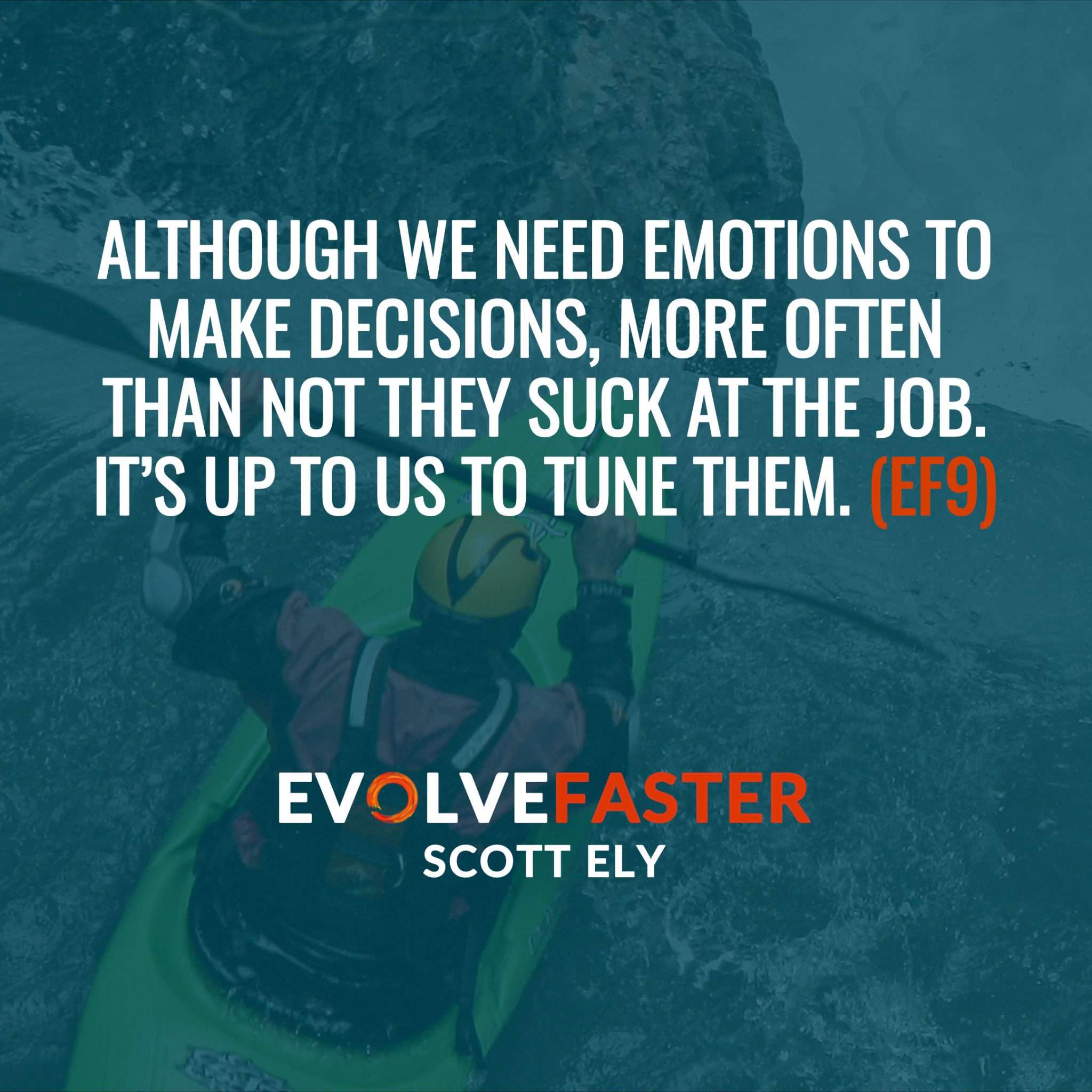 (EF9) Although we need emotions to make decisions, more than often they suck at the job. It’s up to us to tune them — The Evolve Faster Podcast (Season One, Episode Seven) 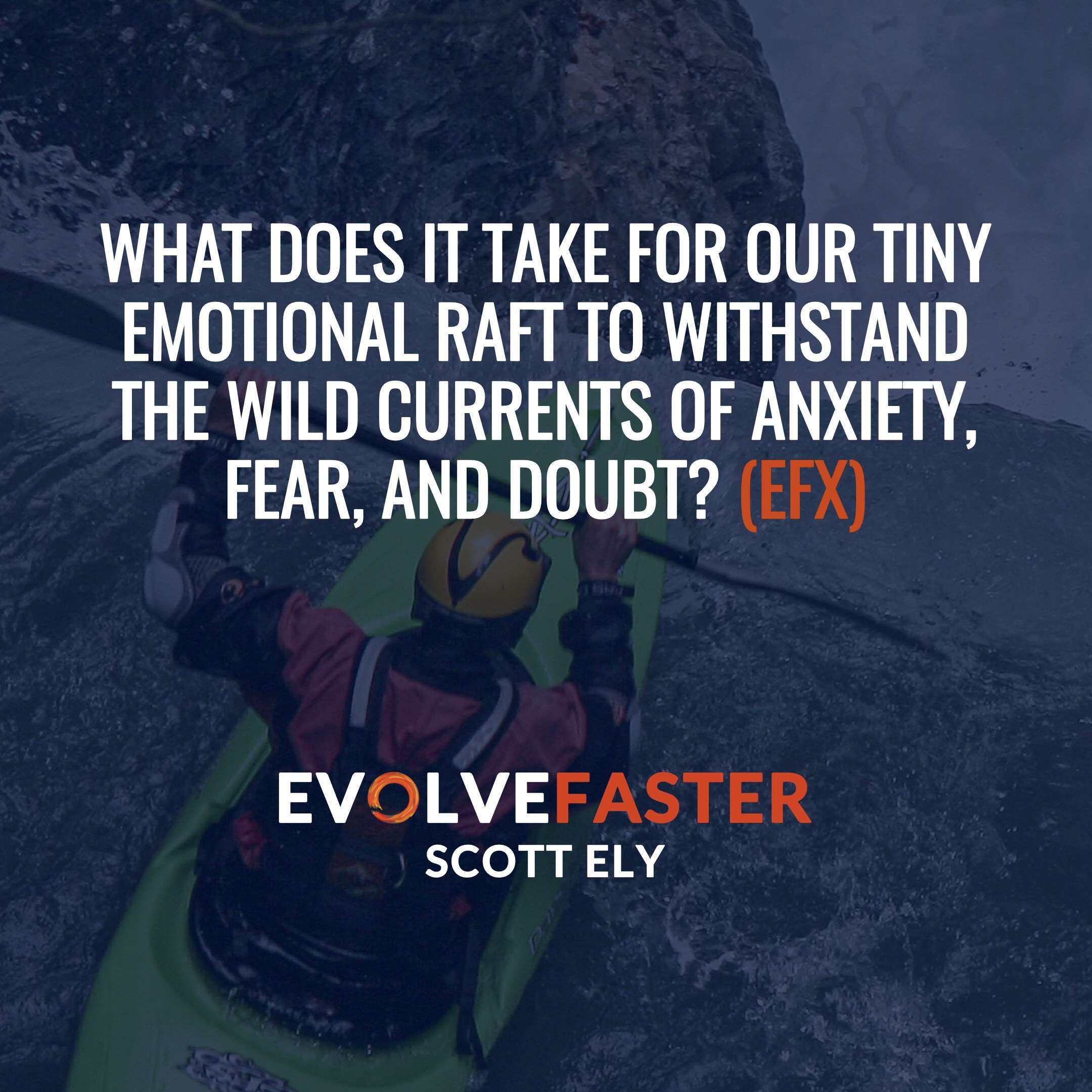 What does it take for our tiny emotional raft to withstand the wild currents of anxiety, fear, and doubt? — The Evolve Faster Podcast (Season One, Episode Seven) 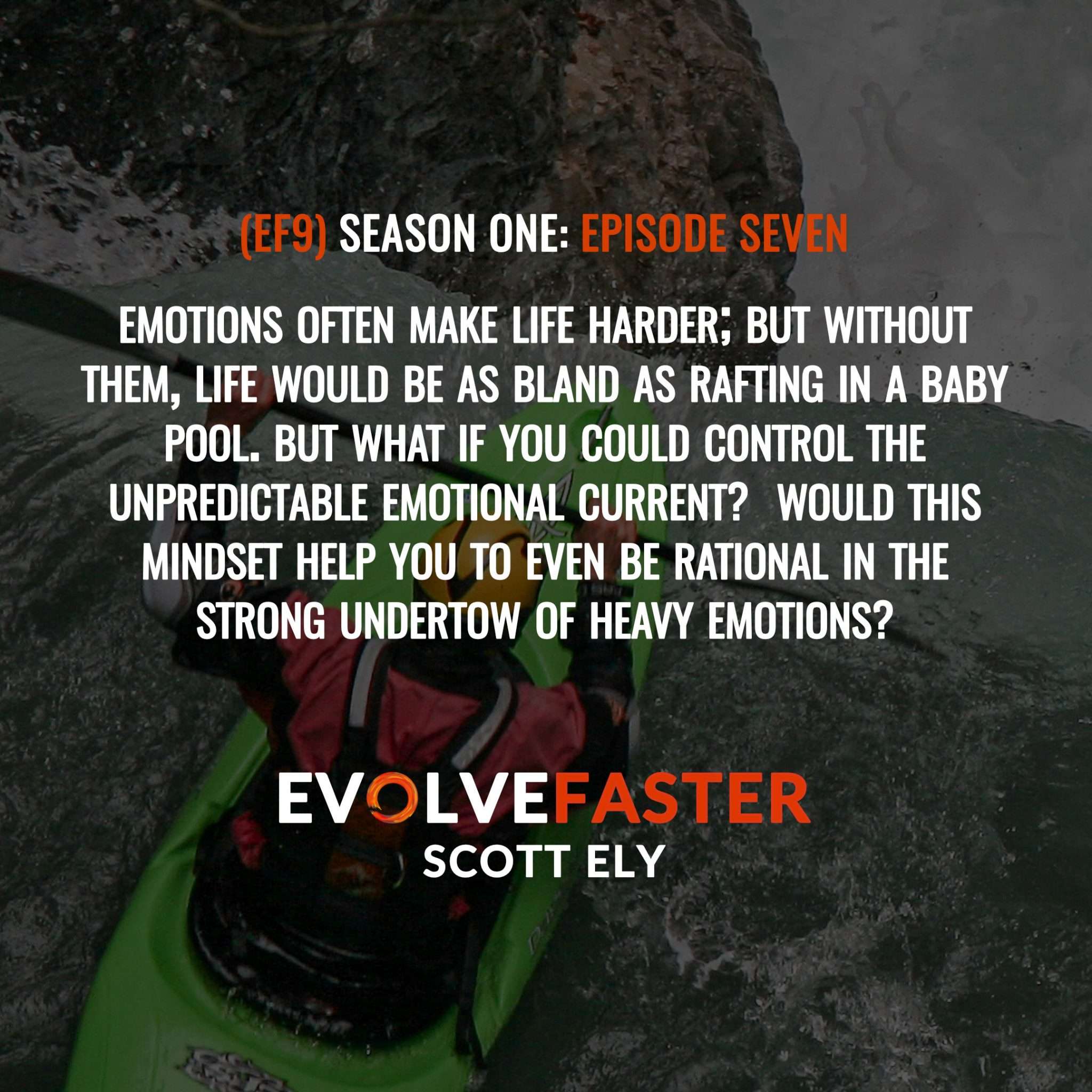 (EF9) Season One, Episode Seven: Emotions often make life harder; but without them, life would be as bland as rafting in a baby pool. But what if you could control the unpredictable emotional current? Would this mindset help you to even be rational in the strong undertow of heavy emotions? 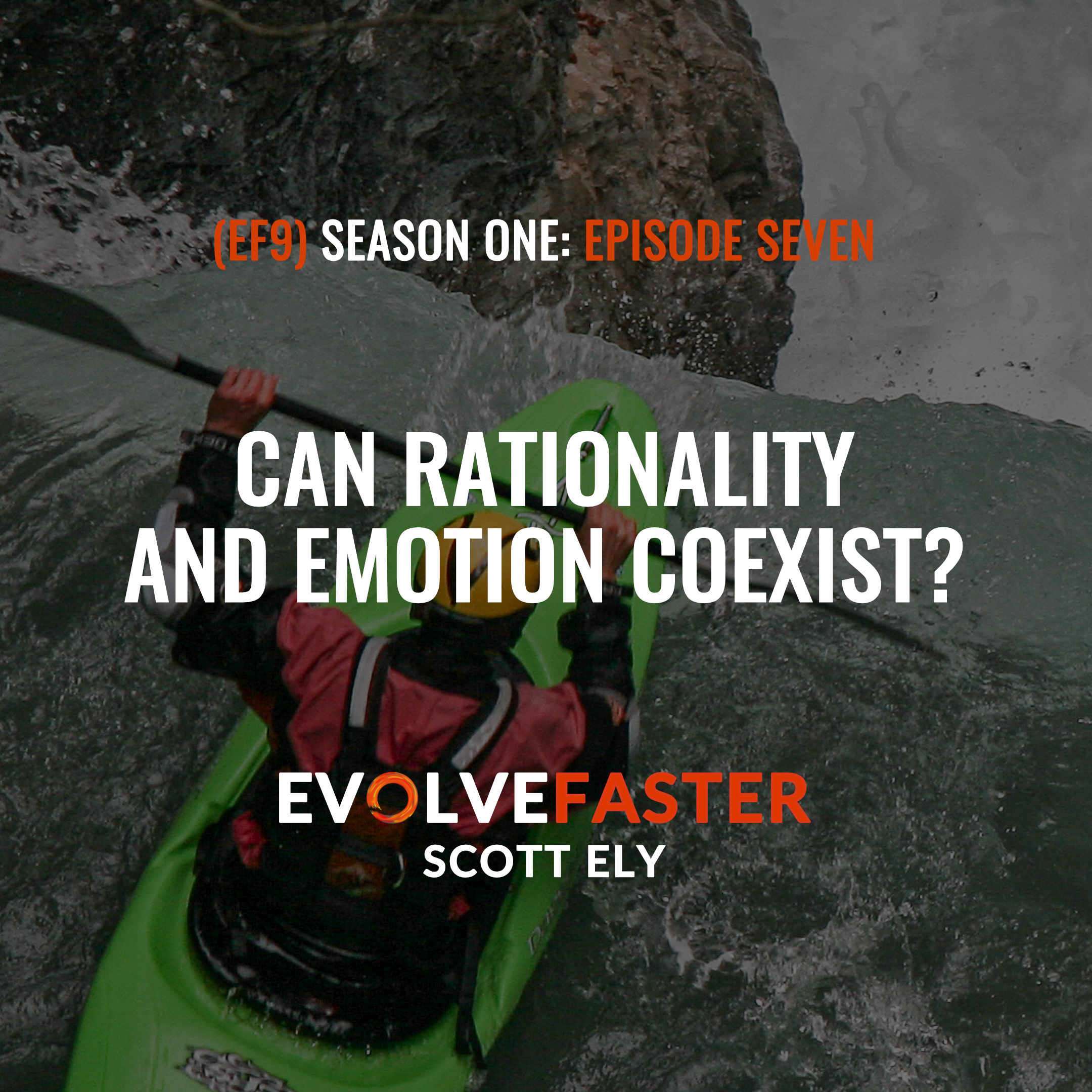