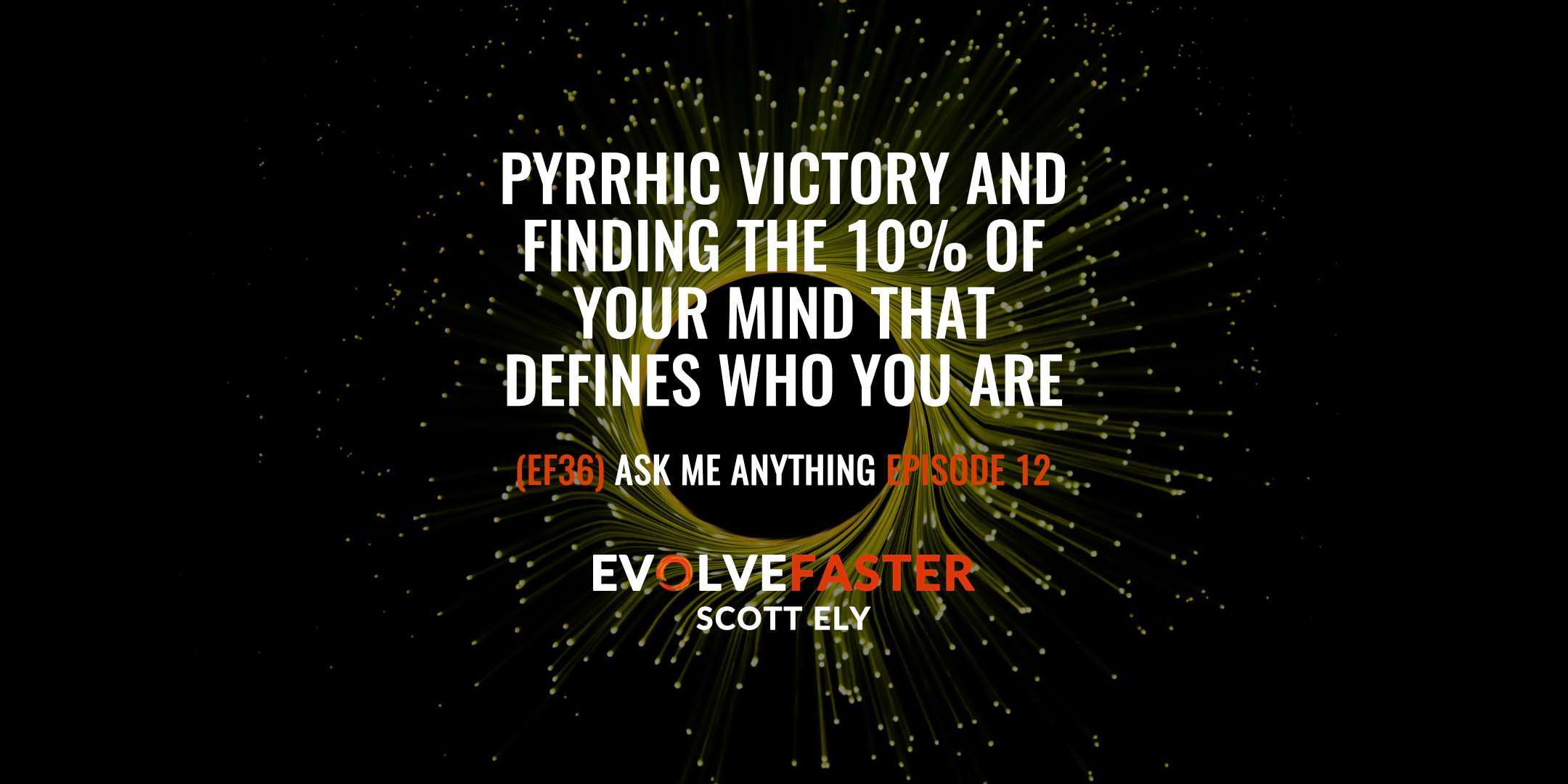 EF36 (AMA-EF12): Pyrrhic Victory and Finding the 10% of Your Mind that Defines Who You Are — Ask Me Anything for Episode EF12

PLAY | DOWNLOAD The human mind is engraved with a false belief that success is heaven and failure is hell. Sigmund Freud believed our unconscious thoughts and desires define us. So maybe, heaven is a place where the unconscious desires define us, but not control us and hell… well, just look at the commercials. More...

Spoiler alert: You’re about to listen to an Ask Me Anything (AMA) of Episode EF12, which was Season 1, Episode 10 of the Evolve Faster Podcast titled Wired to Fail: Leveling Up in the Game of Life.  The driving question of this episode (and this AMA) for you to think through is … What defines us? It’s a fascinating question that actually has surprisingly little research or philosophical investigation.

The tenth episode of the first season of the Evolve Faster Podcast Episode is driven by the big question What defines us? We define ourselves as human beings, creations of nature. But as we’re tapping in technology more and more, will the definition of what is human need an update?

SHOW NOTES: This episode is dedicated to Hideo Kojima. See the EF36 Show Notes for details of the dedication, inspirations, references, selected quotes and more.